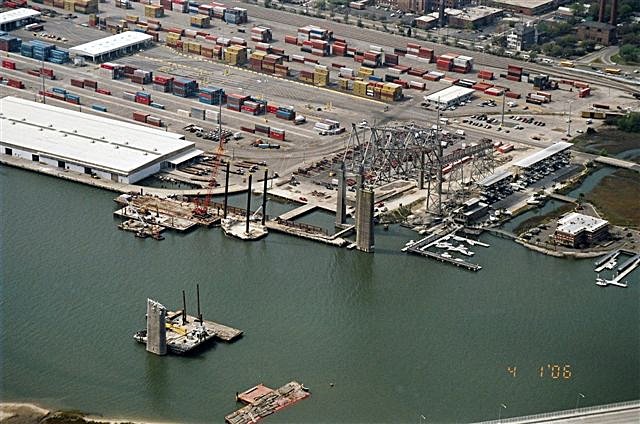 The Grace Ramp before the May 16 blast 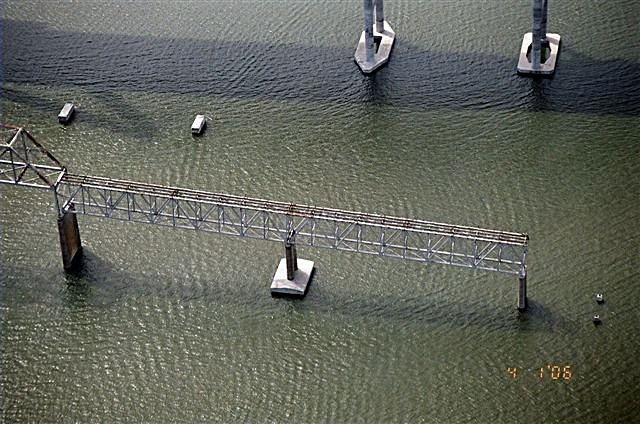 The west Grace anchor before the May 16 blast 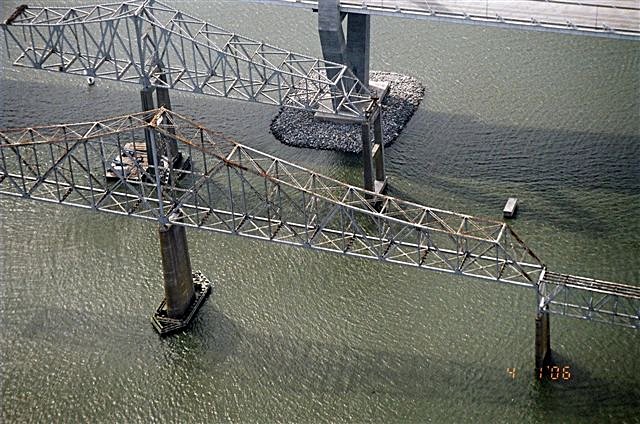 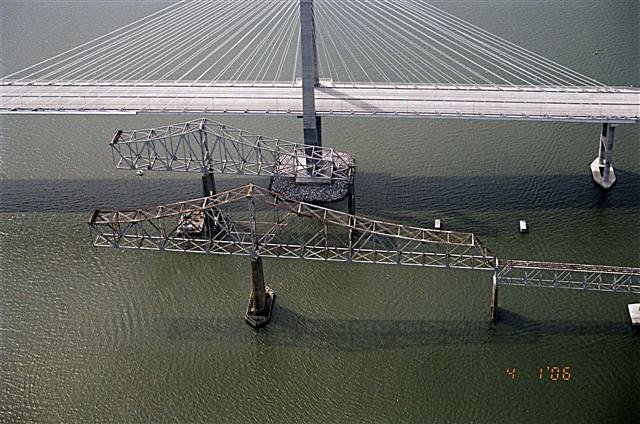 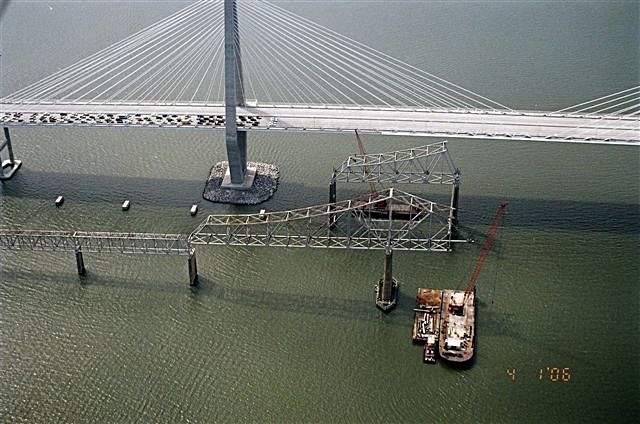 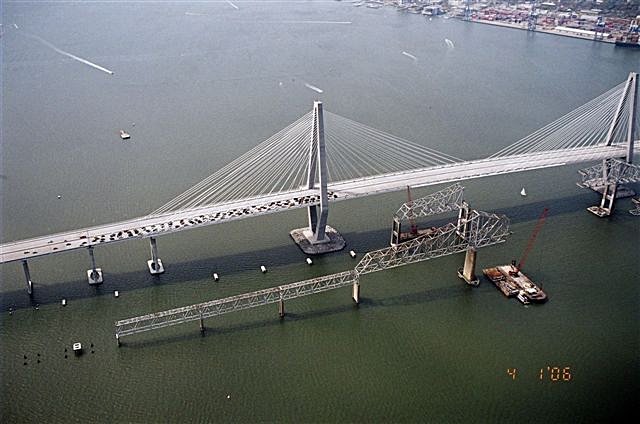 The residual east grace on ramp - a fishing exercise for Michael 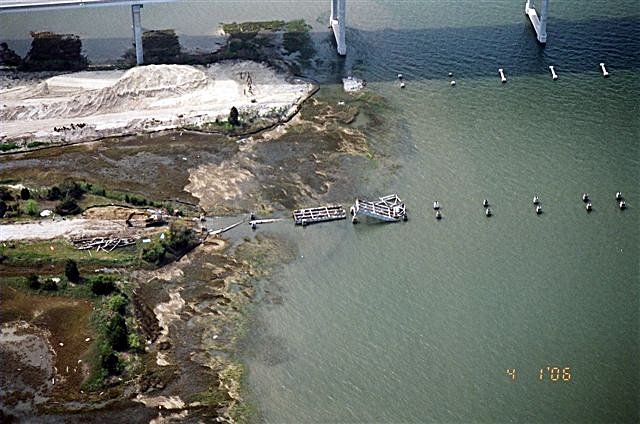 Looking across the Cooper River - the evolution of a new skyline 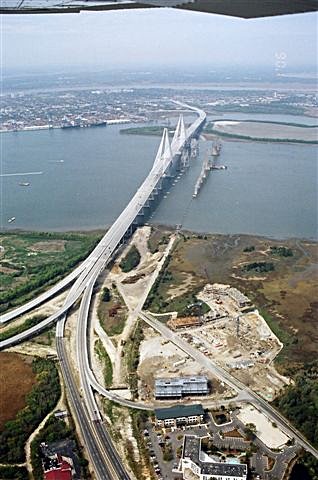 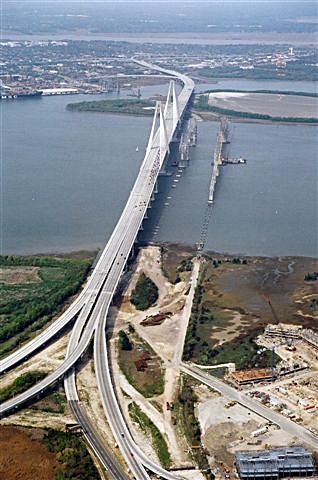 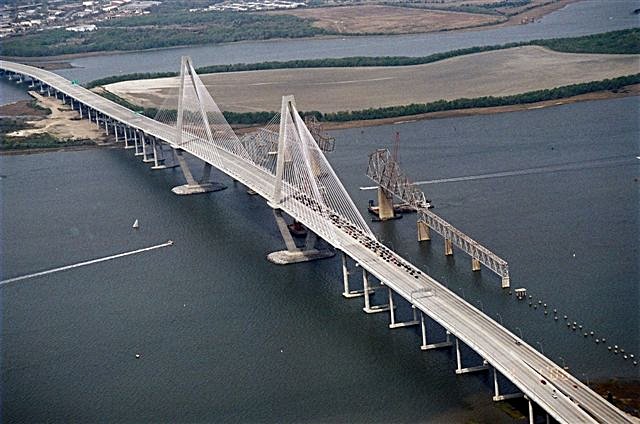 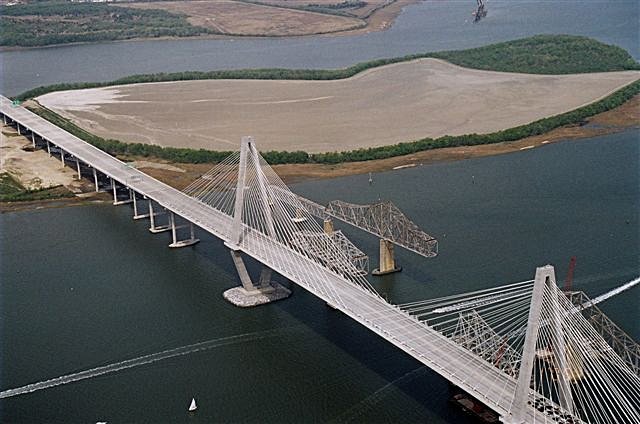 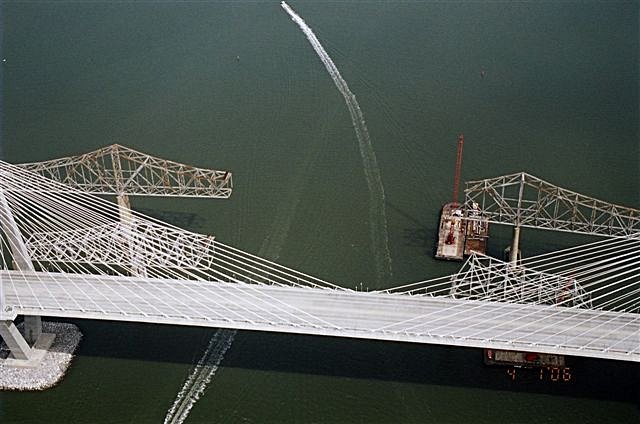 Michael and his sleeping 1250 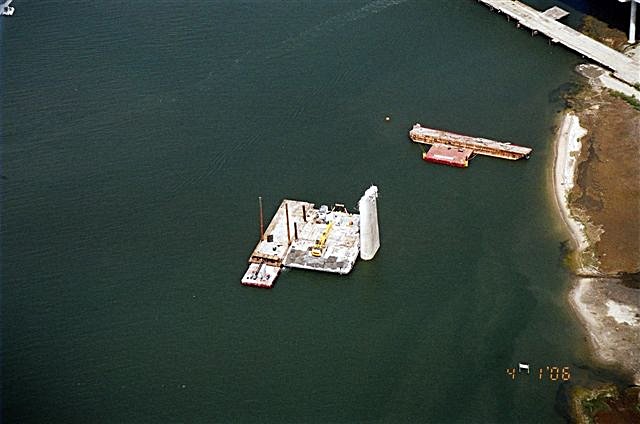 The Pearman and Grace anchors on the port side 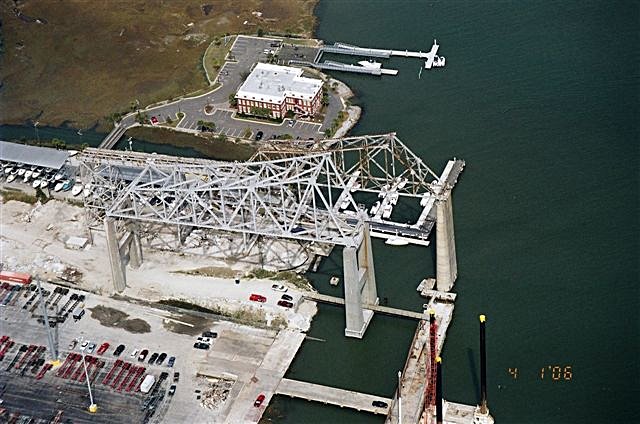 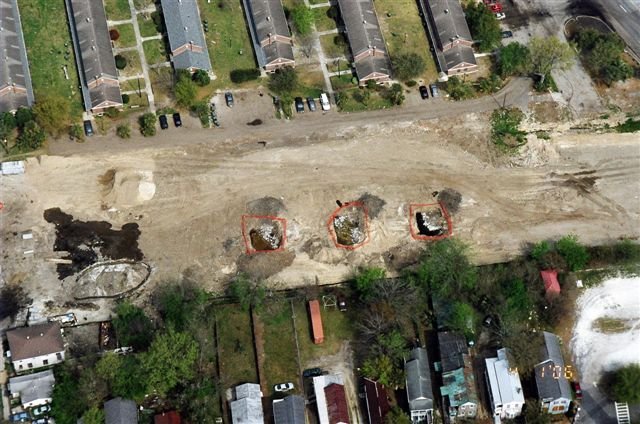 Near the community pool 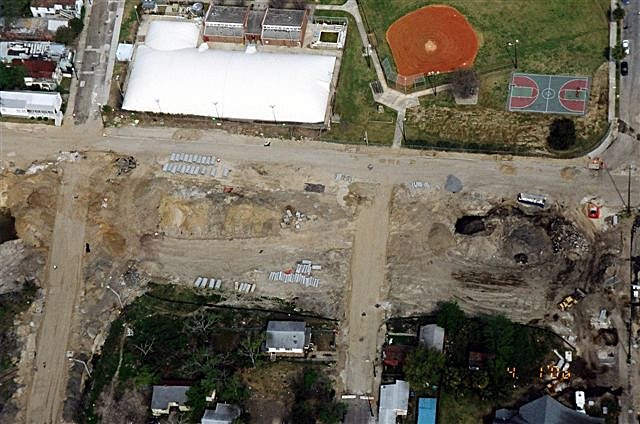 and near Meeting St. 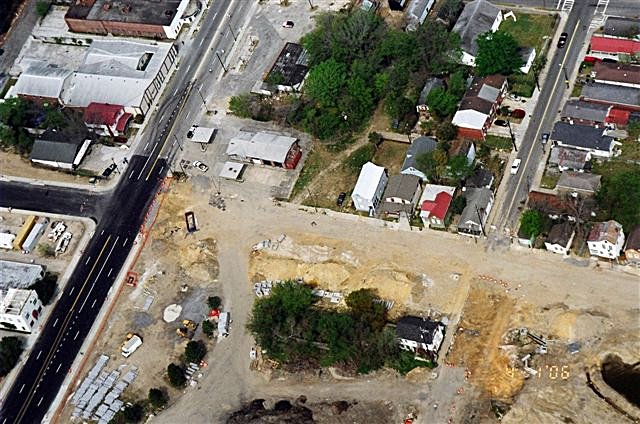