Over the past two days, Sparky surveyed the Grace work - both on the Mt. Pleasant side: Pio's Legacy, and on the Charleston side: Michael's Pain in the neck.

The major unbuilding is over and a number of our Testa friends have migrated to Mississippi. Today, even Brutus seems to be on his way. 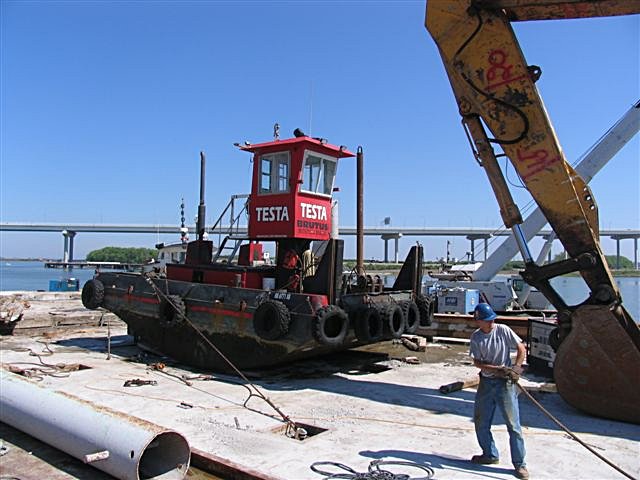 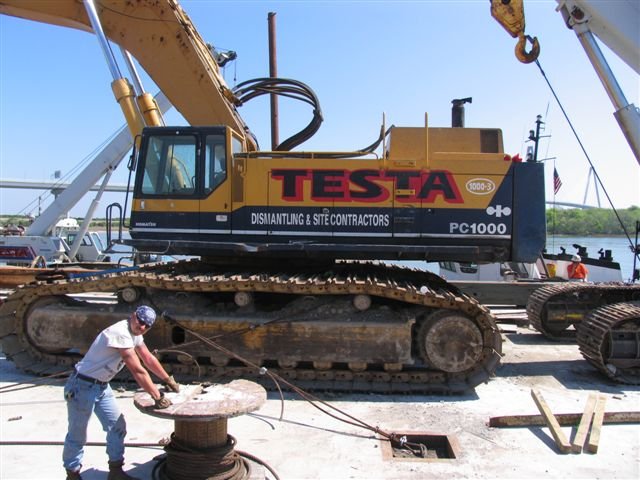 The jackup leg is fully restored and back in position 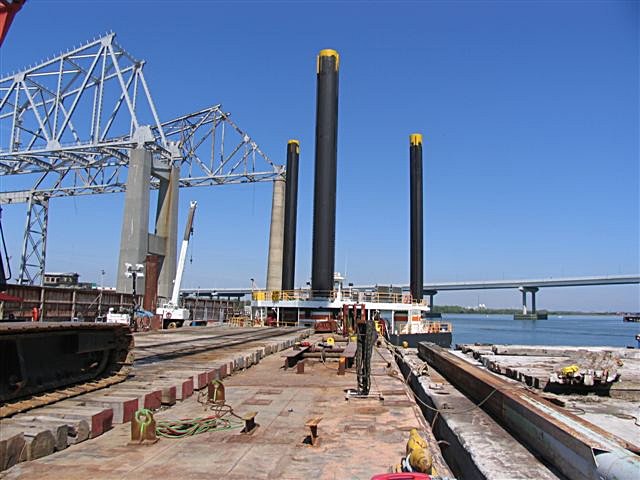 Here is the Mt. Pleasant worksite - Pio's legacy with a bit of help from Manny, Sonny, Speedy, Chucky, Nugget and Chris 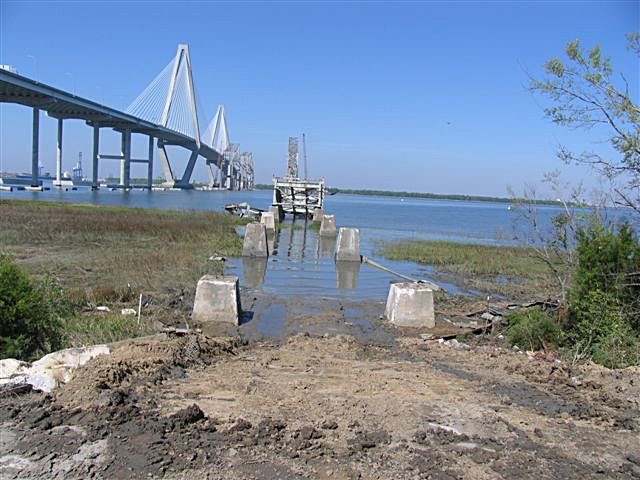 Jackie, tired of the same old stuff with his Harley is developing an alternative to the dune buggy - the CAT marsh buggy. Here is Jackie testing his marsh buggy. 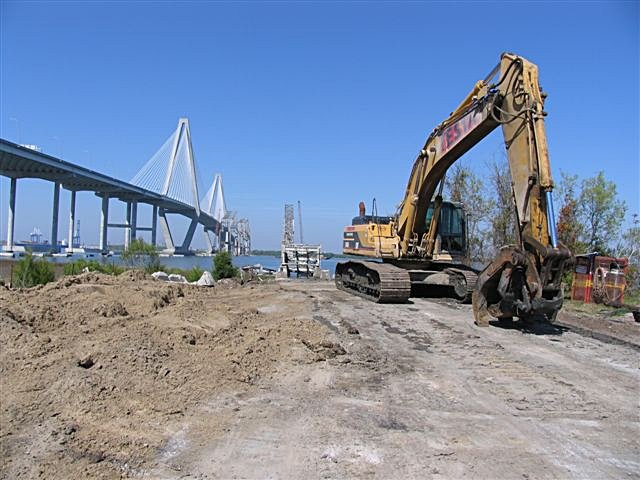 But at the entrance to his buggy trail is Richie's legacy. Remember a few months ago when about 2am, we (actually they: Richie, Roy, Steve, Jackie and me as cheerleader) completed the roadway removal of the Grace on ramp. Here is what remains of our marker - with an added touch by Sparky 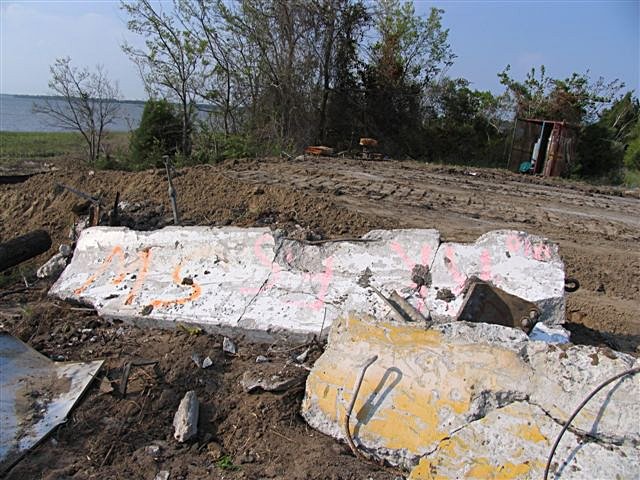 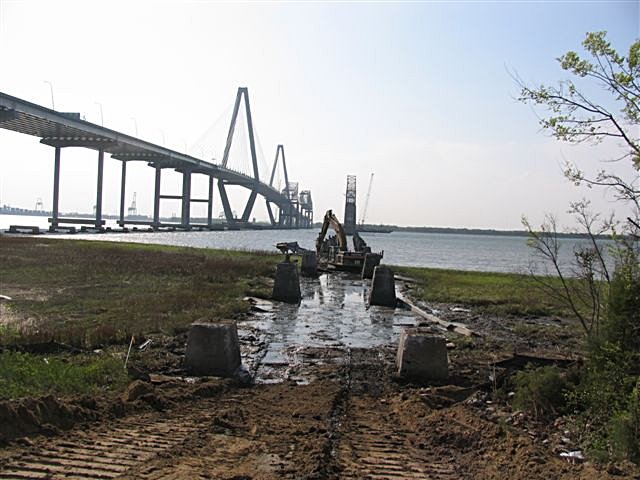 In the hammering position 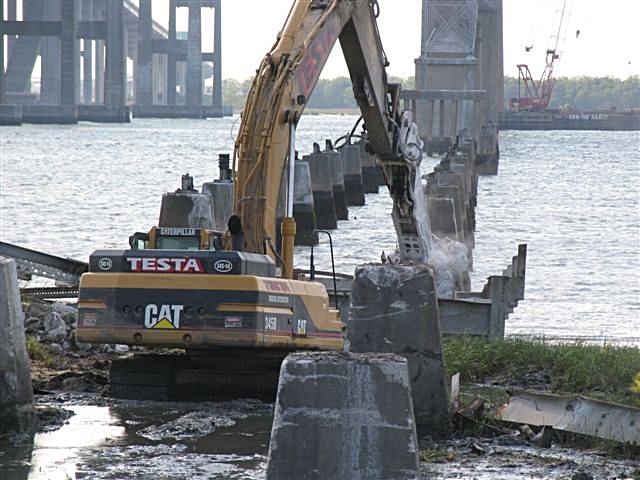 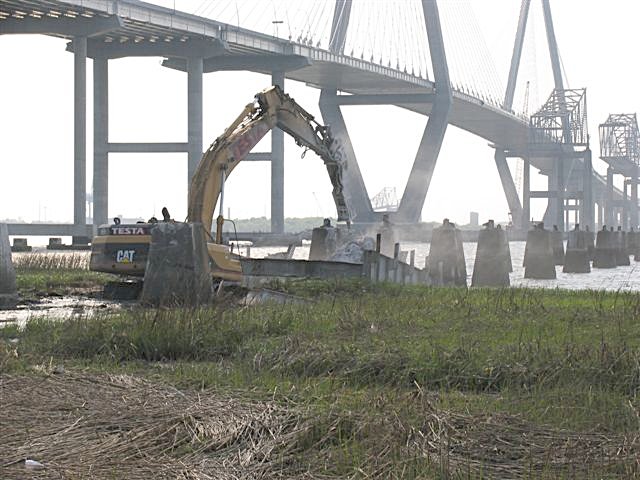 and a close view of the hammer in the attach position 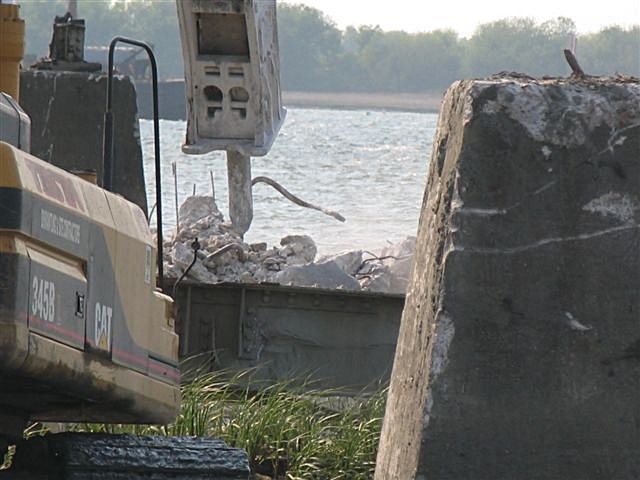 and a close view of the hammer in the action position 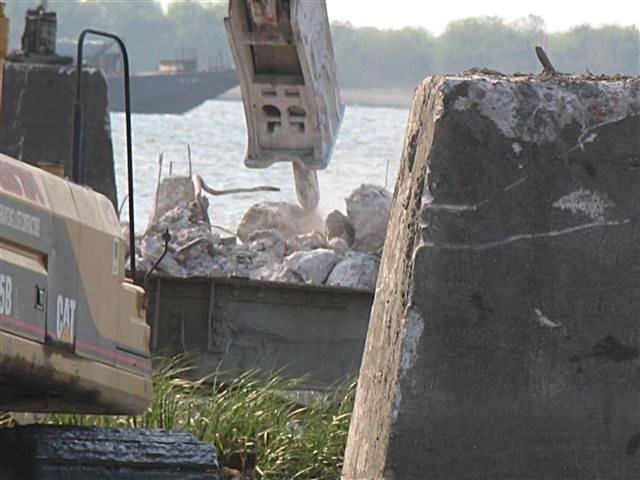 Michael and P-3 continue their battle of endurance 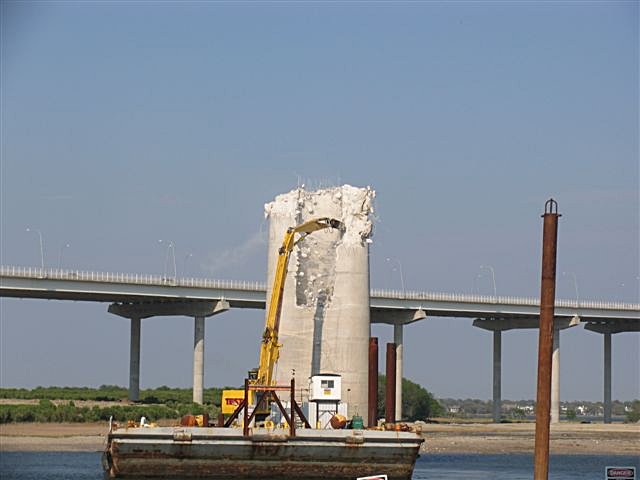 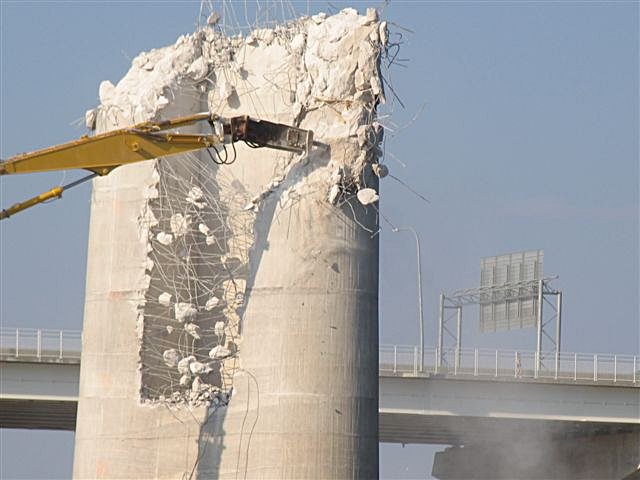 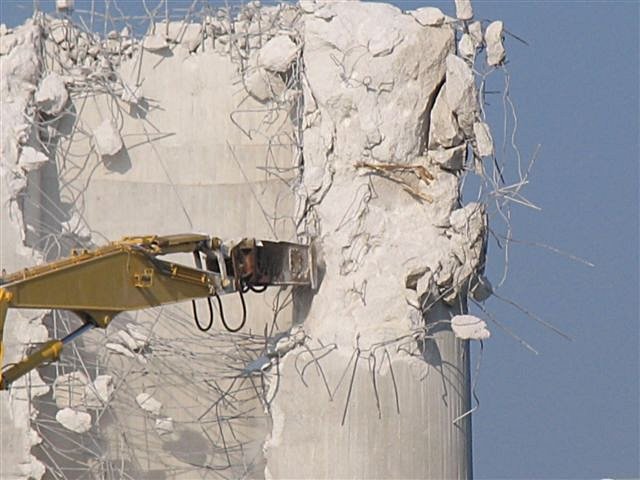 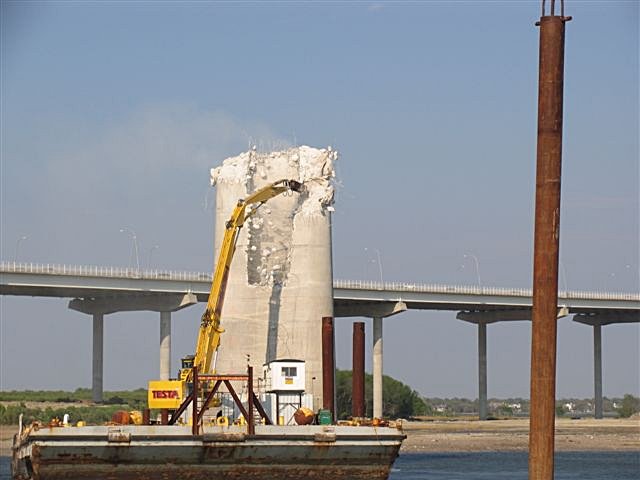 working his way down the column 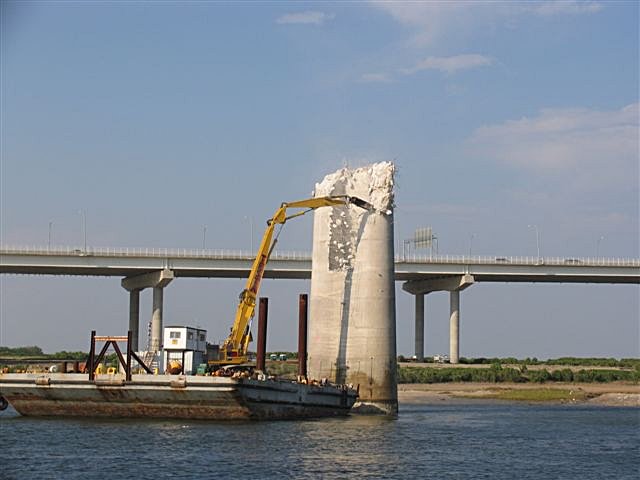 A day later, Michael is past the half way point 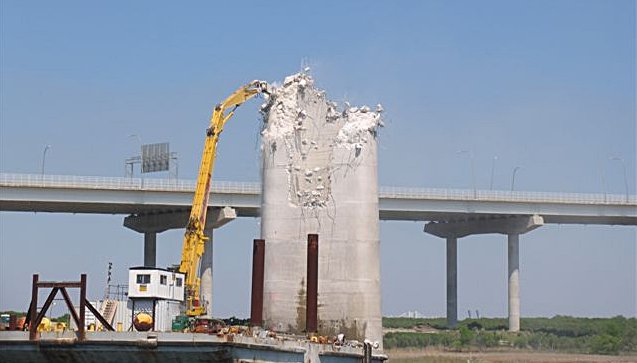 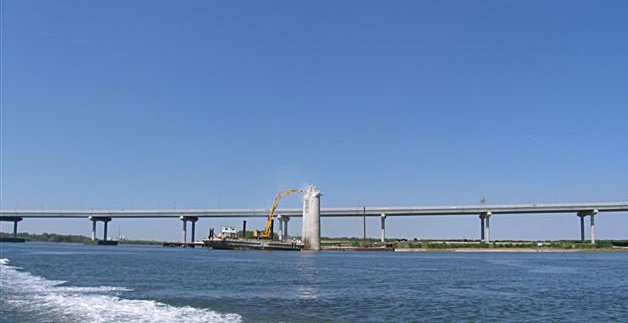 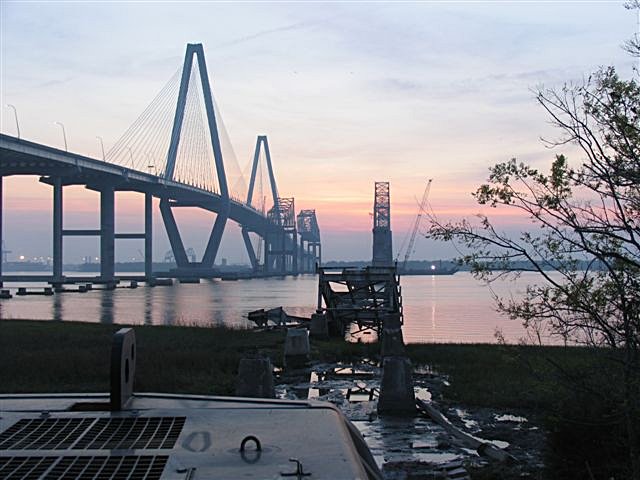