A couple of views of the worksite 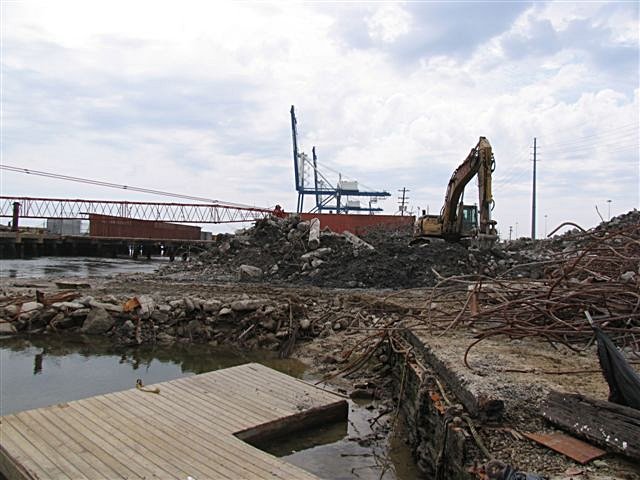 The last of the concrete pieces from the Grace base implosion 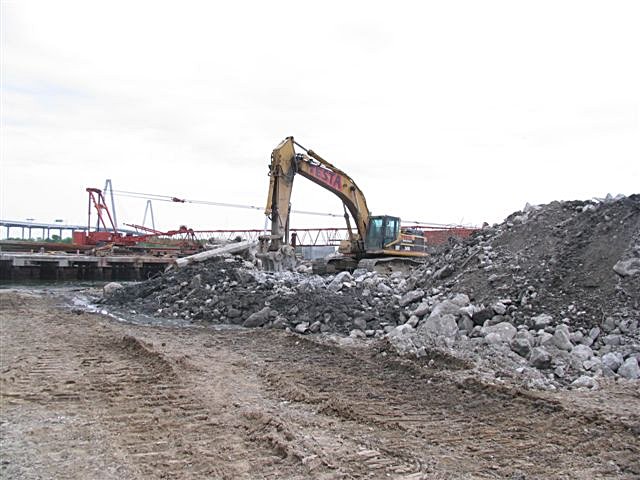 Looking back - the lone Pearman pier and a mostly cleared area 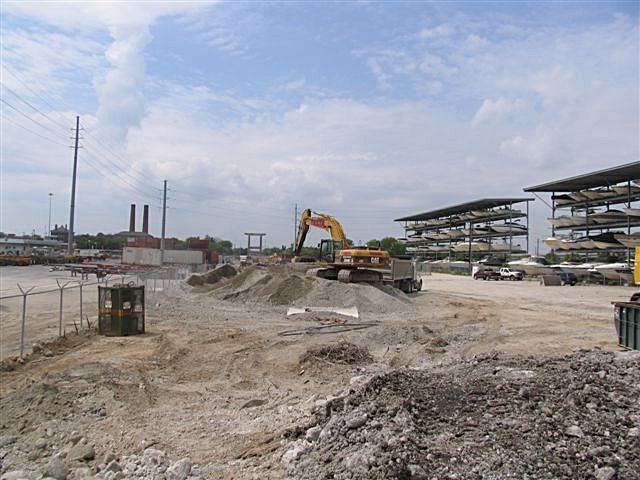 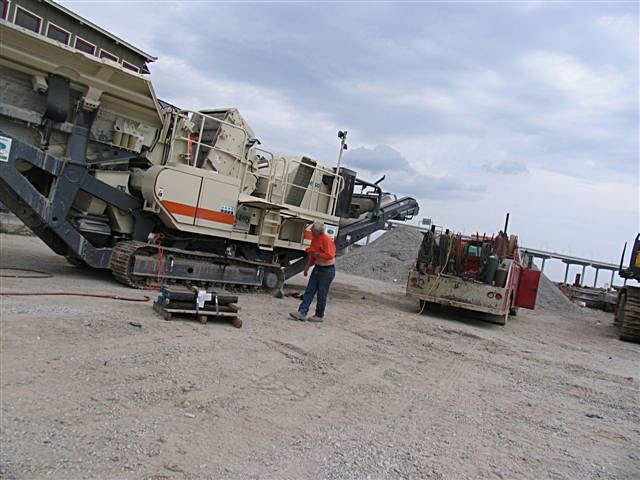 The last of the gravel 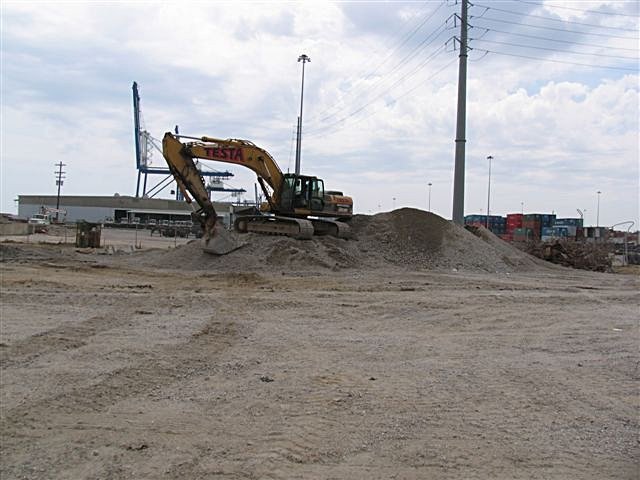 The last of the rebar 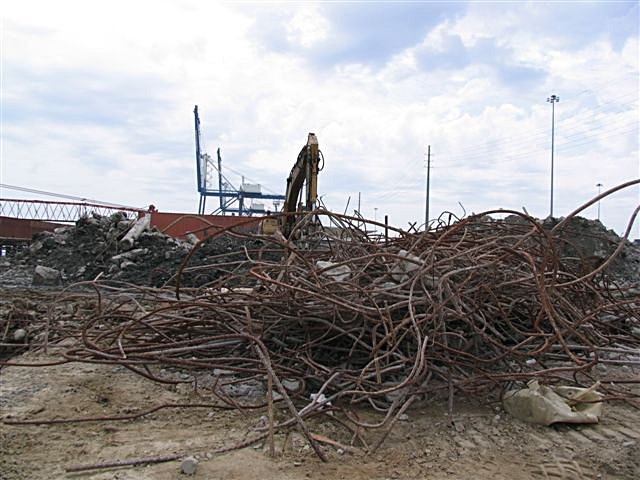 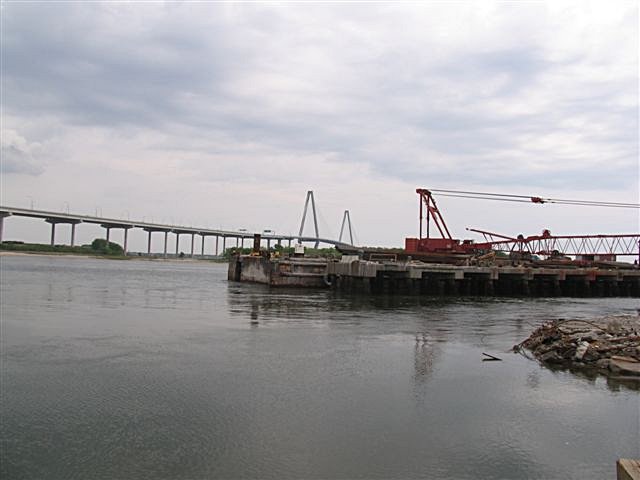 The last of the loose ends 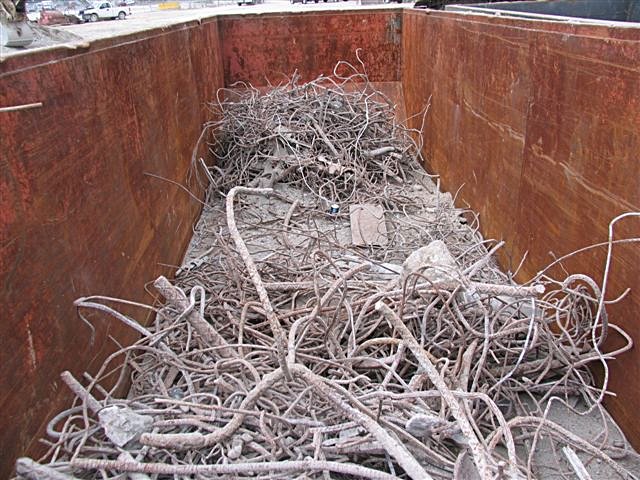 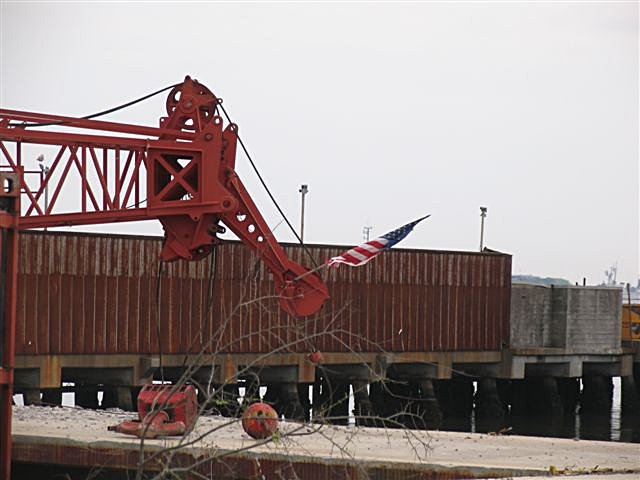 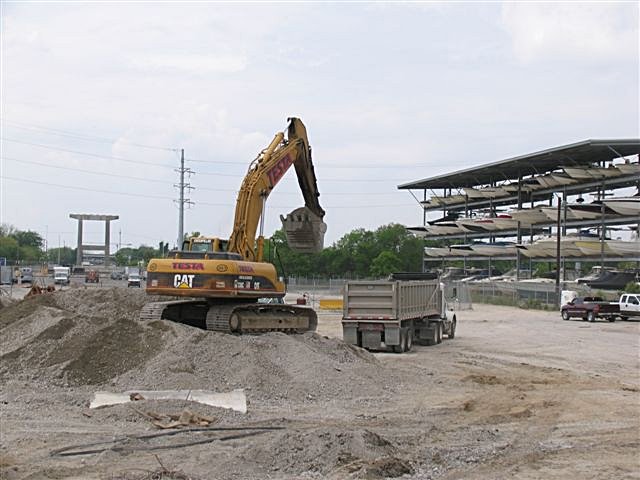 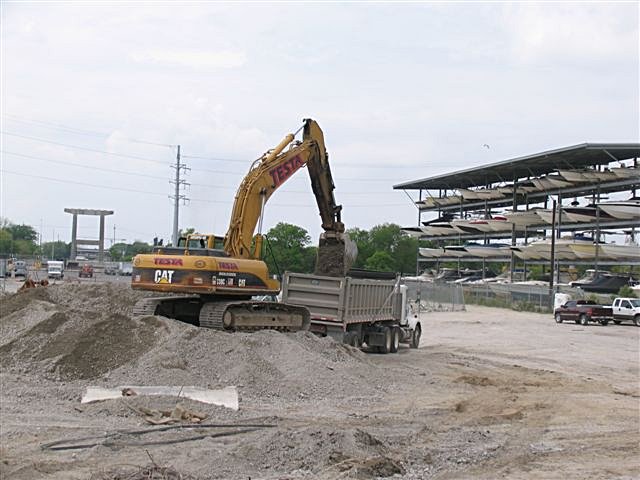 the last of the concrete fragments 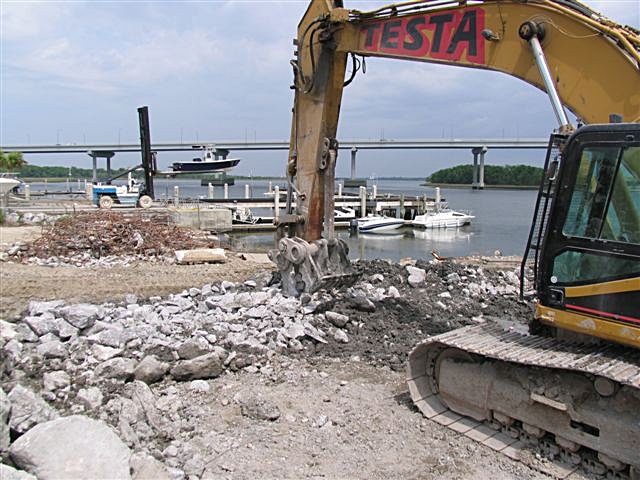 The last of Manny 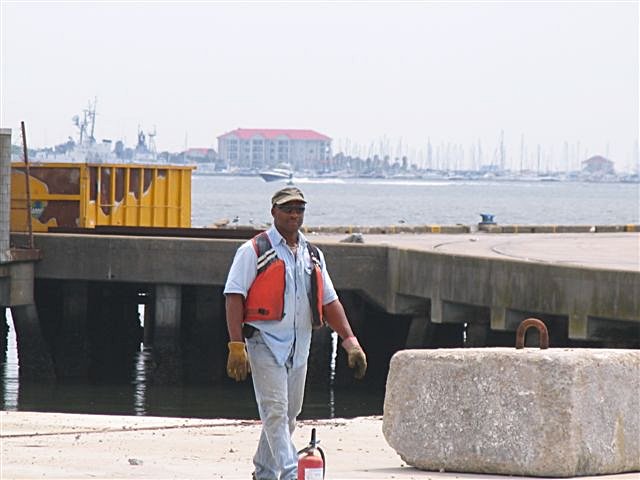 and the last lift 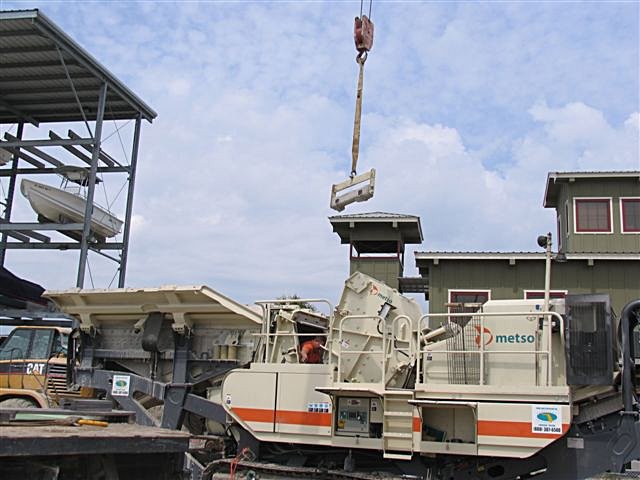 Drum Island and the Ravenel Bridge, with the Grace and Pearman Bridges 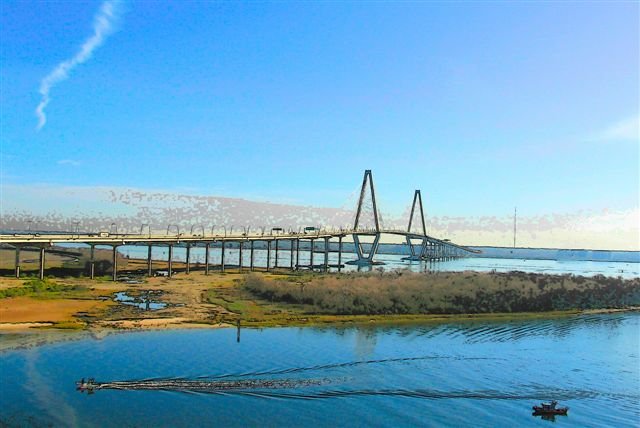 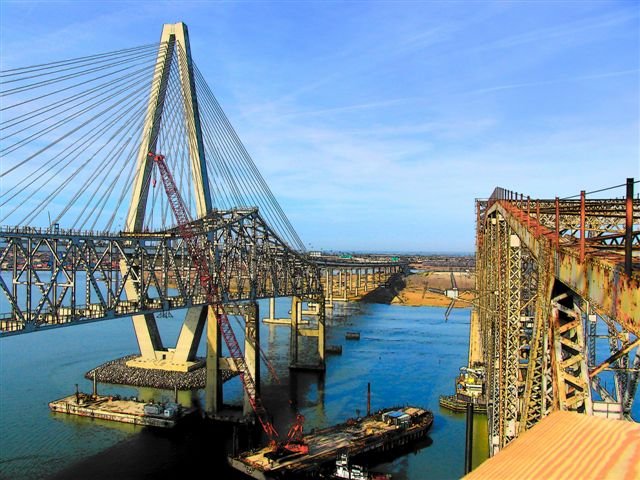 The night before lowing the Pearman mainspan, Feb 21, 2006 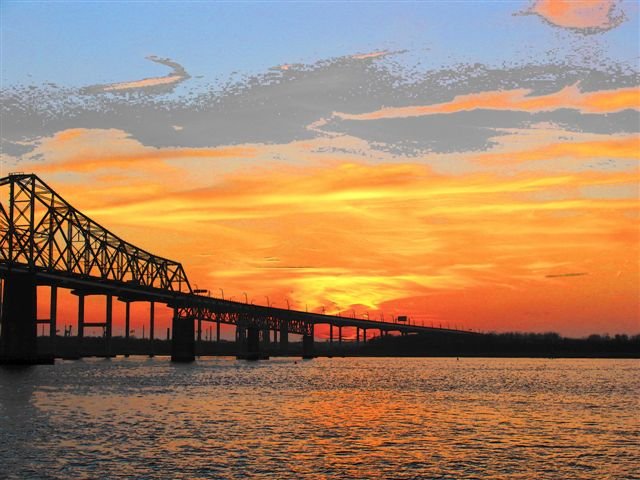