When last seen, Sparky was surveying the Mt. Pleasant side of the Grace Bridge - and all that remains is the traffic barrier with a faint outline of SW 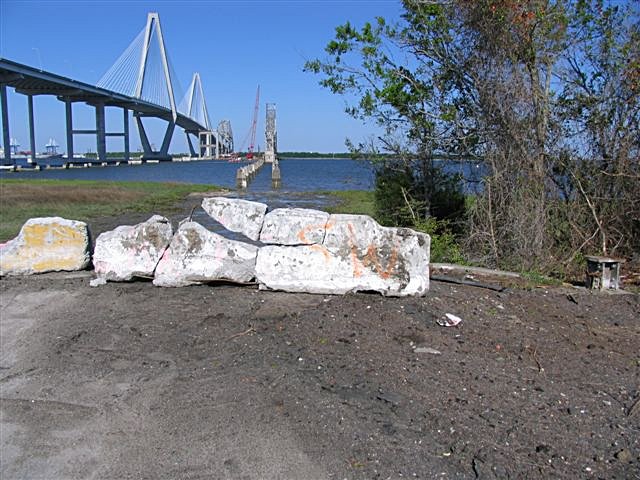 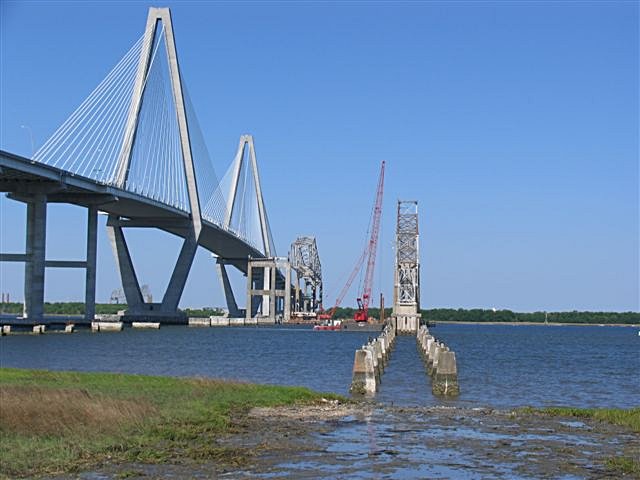 and the Coleman recycling center - not much there at all

At the Navy yard, there are Pearman fragments, I assume from the cantilever section dropped last week 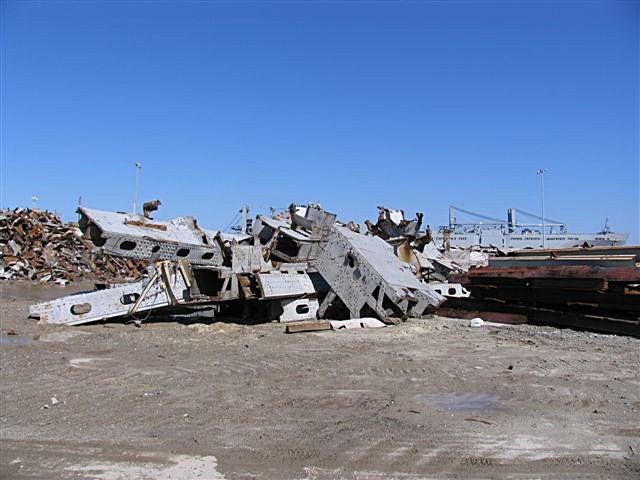 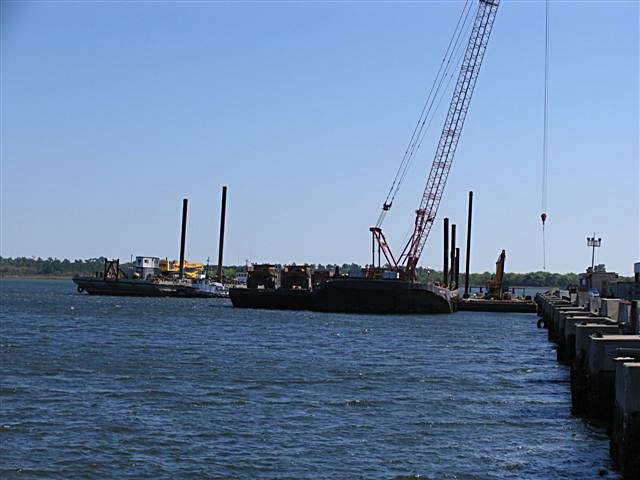 The working tug - the Captain Gary 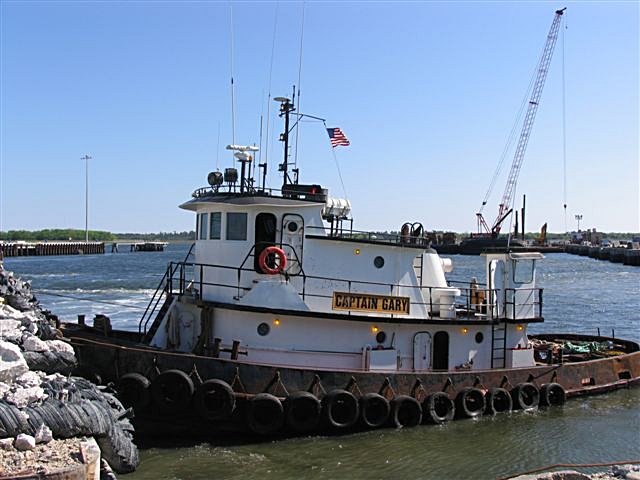 and Pat, of course 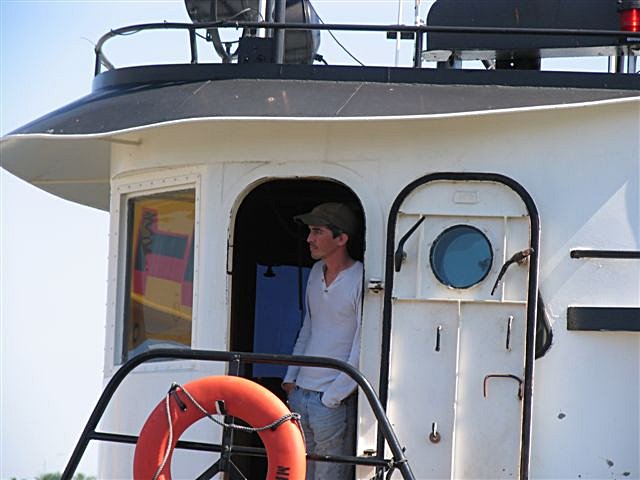 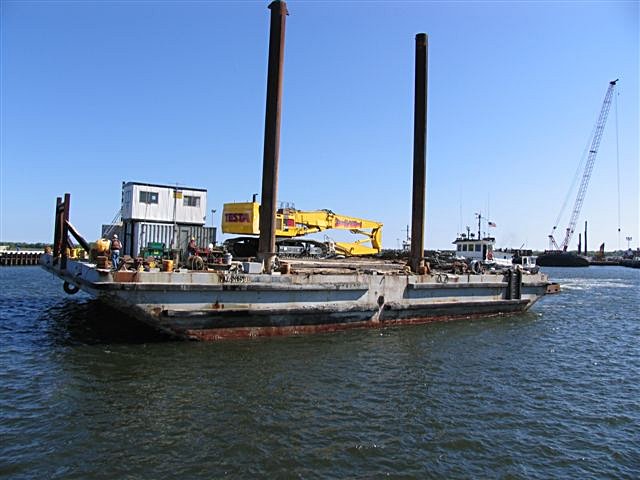 Why the neck procedure. Michael has unbuilt enough of P-3 that the neck of the 1250 is too long (i.e. high reach is no longer necessary - just ordinary reach) - so the 1250 is in for a neck reduction - to remove a vertabra or two - so that the boom is better matched to the height of P-3 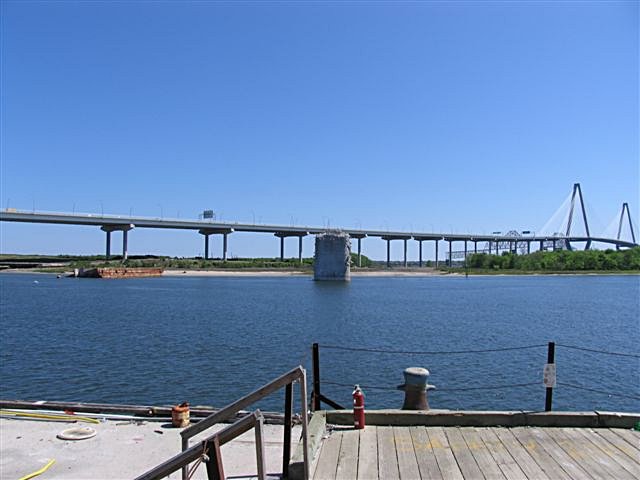 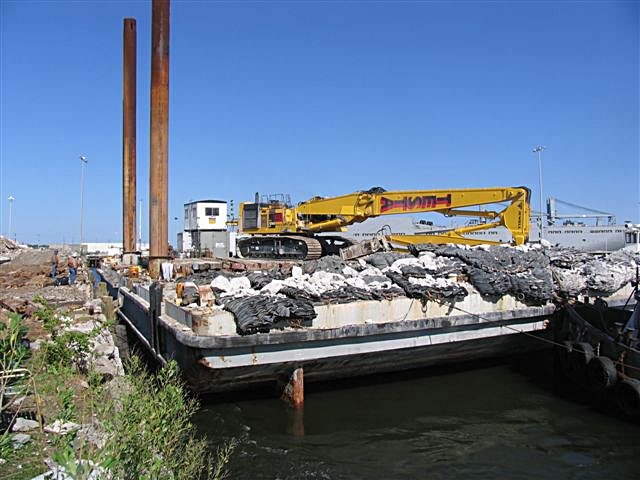 Meanwhile back at the port, to cats guard the site 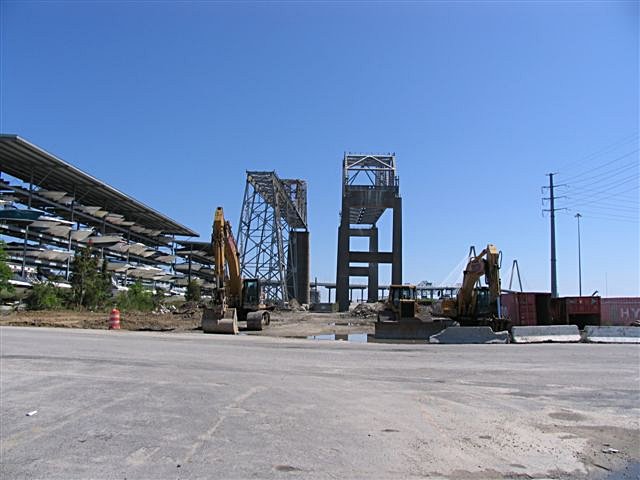 Looking to the right - P3 and the Ravenel Bridge 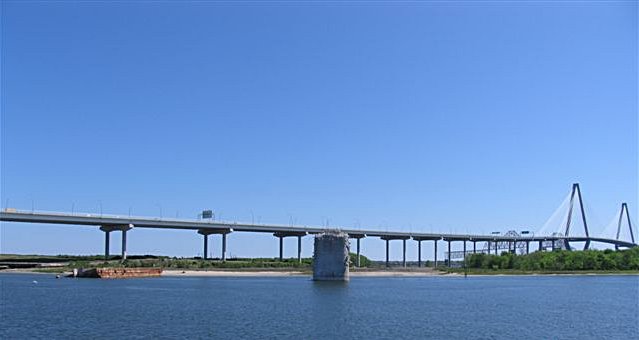 and to the left, Drum Island in its almost finished state 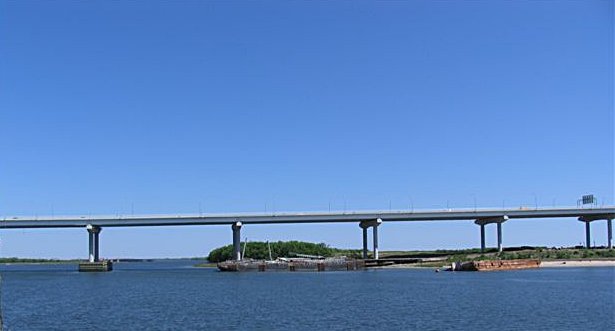 A closer look at Michael's progress in unbuilding P-3 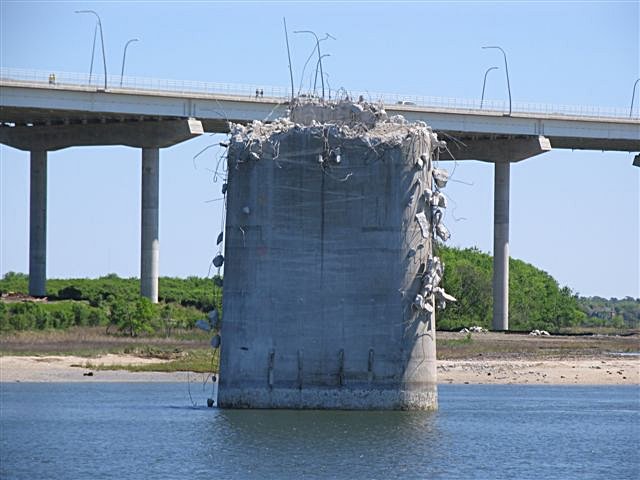 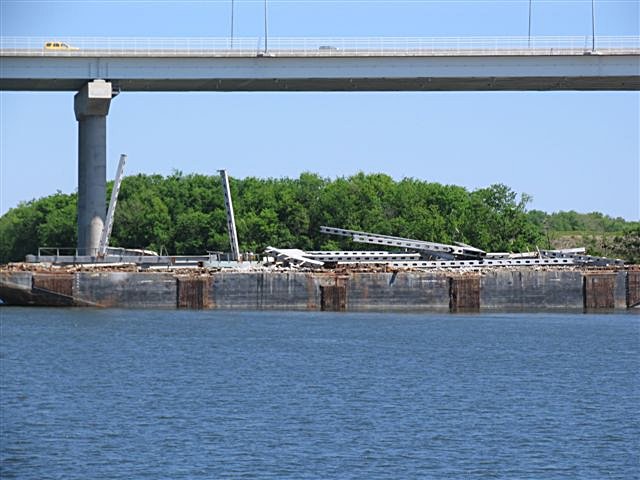