Home Meeting St East Bay Drum Island Mt. PLeasant Pearman Stories Grace Stories Implosions Enginnering Insights Stories of unbuilders Learning Links Bridge Video Bridge Blog Unbuilding Archive All Unbuilding Segments Building the Ravenel Bridge Photo Essays About me
April 11, 2006:Oscar and Demolition Dynamics
This is a story about how the Internet builds these web pages and new friends. Oscar and his Demolition Dynamics co-workers have been busy planting explosives on the truss structures. Oscar took some photos with a disposable camera - had the photos developed and scanned. I just received them from Oscar as they left for work this morning. These photos show another view of the life on the high wire that few of us ever get to see.

Here is Oscar's version of what they were doing: 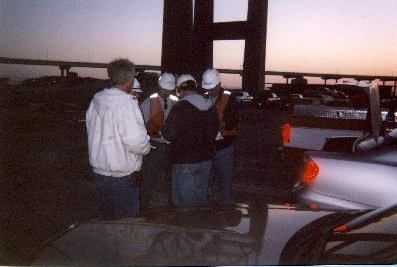 The team and Manny's elevator (on the barge) 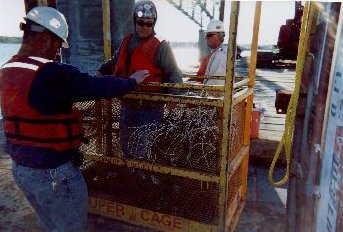 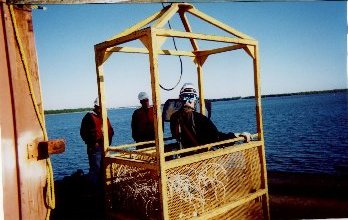 The DD team setting the explosives and detonation lines 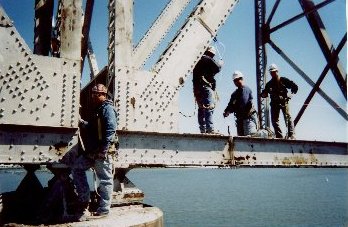 Setting the detonation (orange) lines. When triggered there is a shock wave that propagates at 22,000 ft/sec. Note the kevlar wrapped charge above Oscar's head 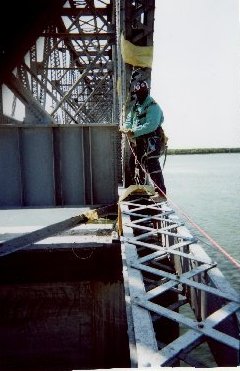 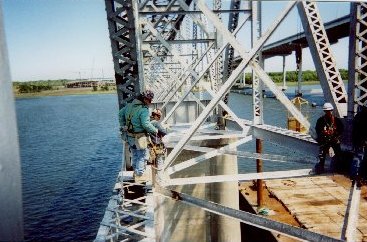 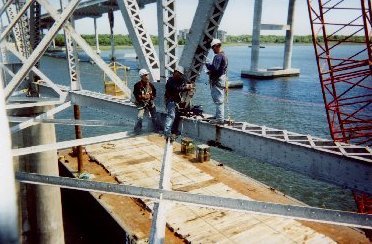 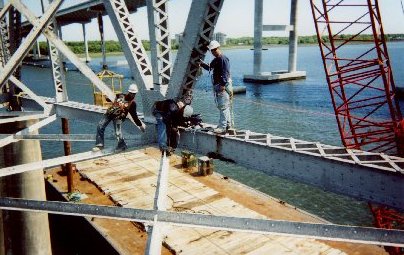 and chilin' a bit on the barge 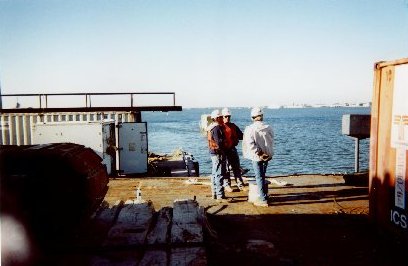