Today the Demolition Dynamics acrobats were planting charges for tomorrow's blast. Here is the Grace worksite - barge, Chris and his crane and the iron worker acrobats 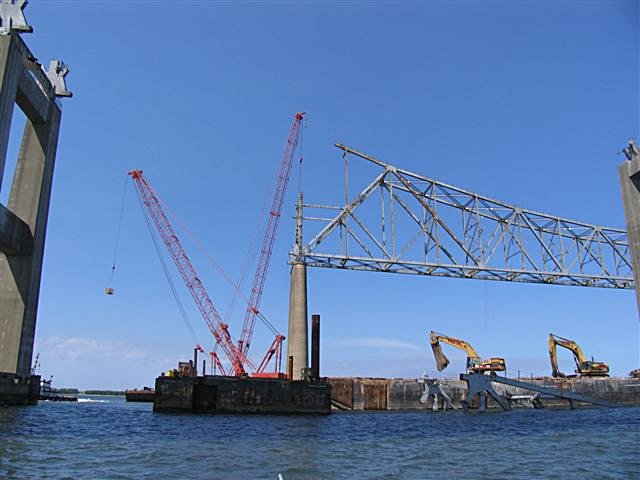 Another view of the worksite 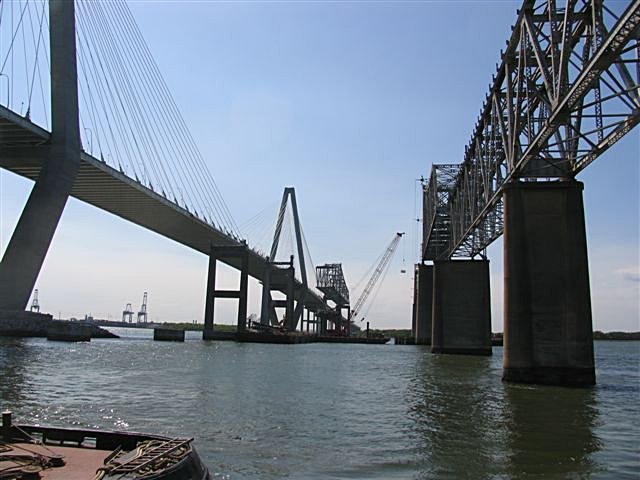 And doing the fetching and toting is Chris 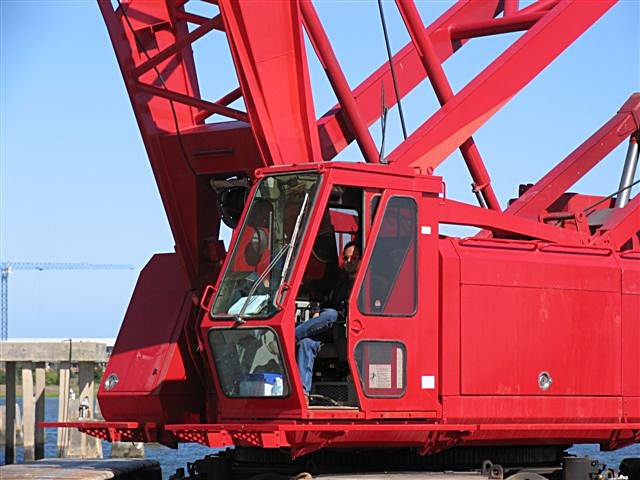 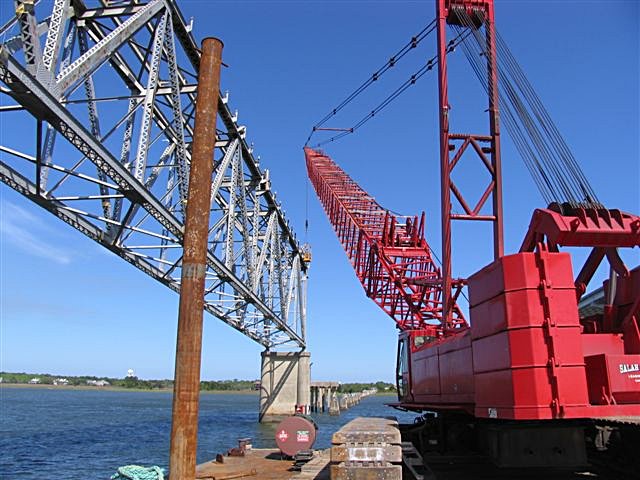 and looking up the boom at the Chris-o-vator - lifting the team and material into place. 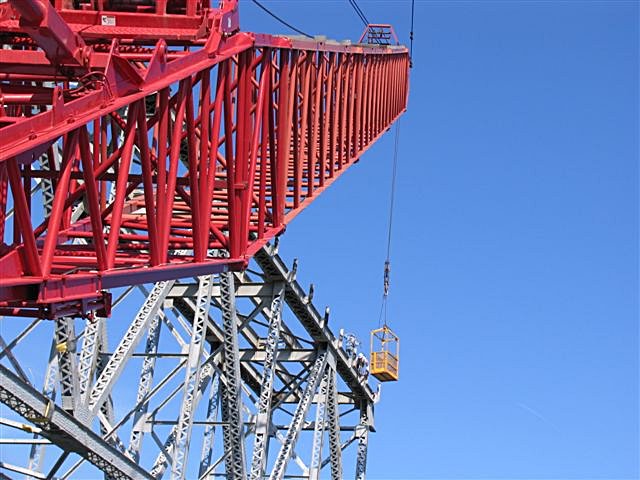 and the cab of the Chris-o-vator 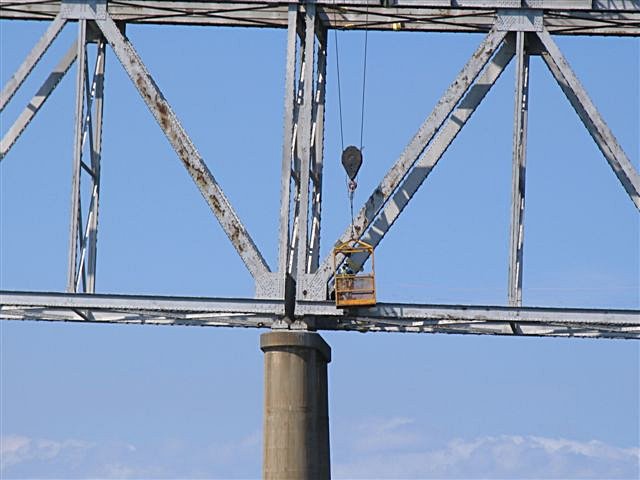 Getting to the job 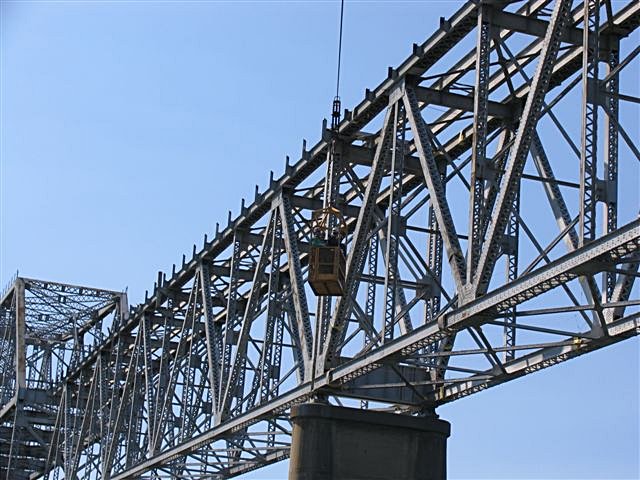 It all starts with a cut into the girder. The explosives will be placed and wrapped with a sheet of kevlar and then - wrapped with sections of a conveyor belt. Conveyor belts have both a rubber surface as well as embedded steel mesh and this will help contain the lateral movement of debris. 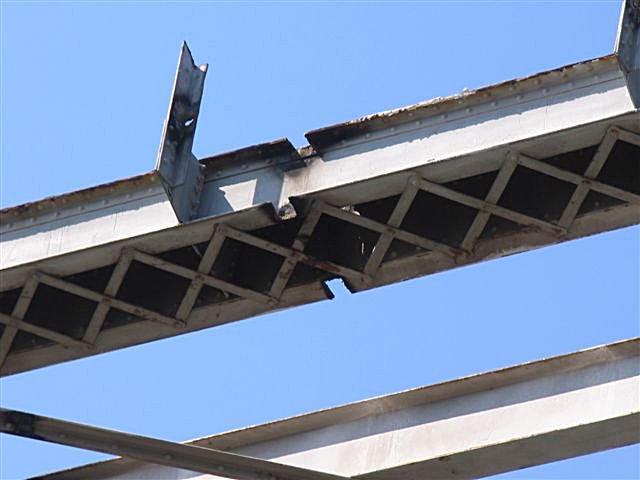 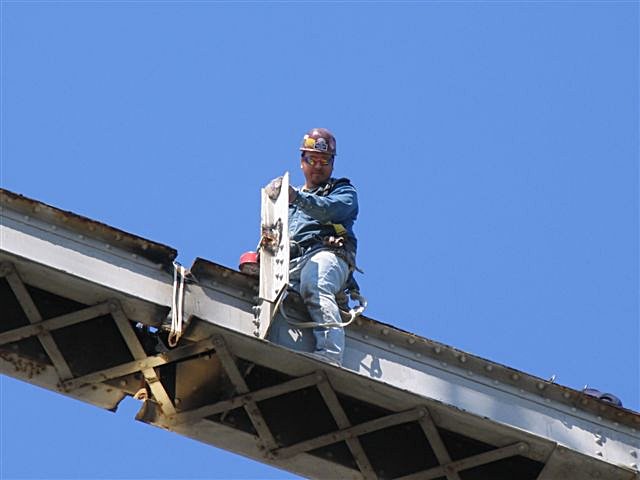 then wrapping it with a sheet of kevlar 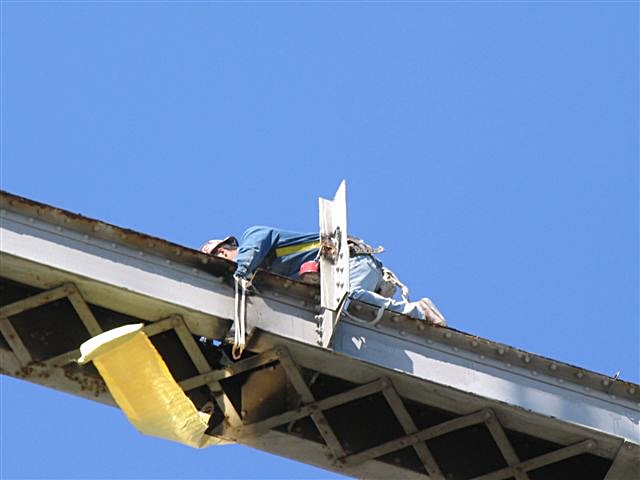 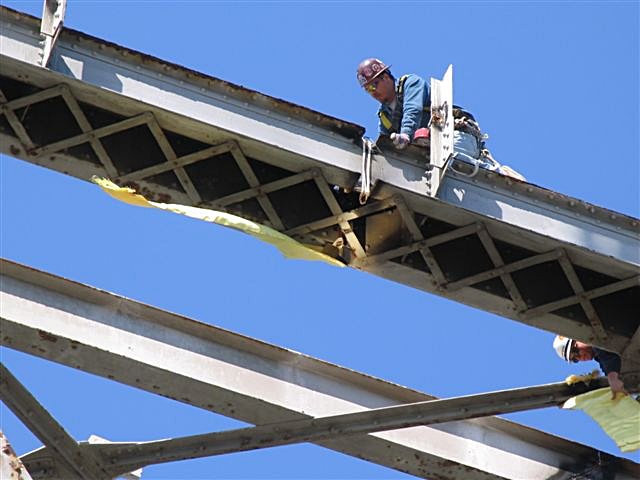 and finishing the wrapping 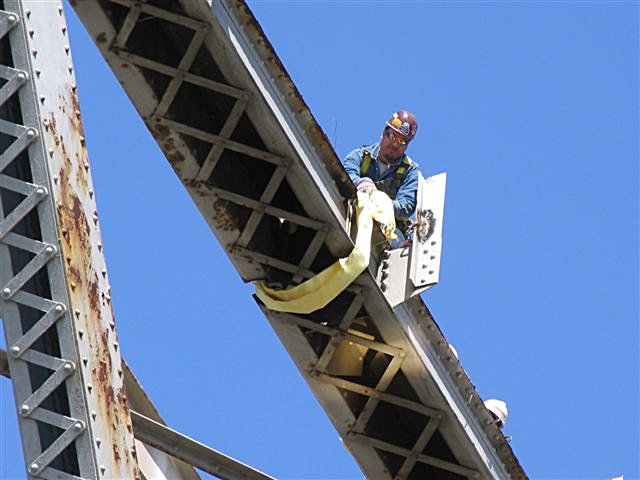 Here is shown the wrapped bundle with the conveyor belt shield 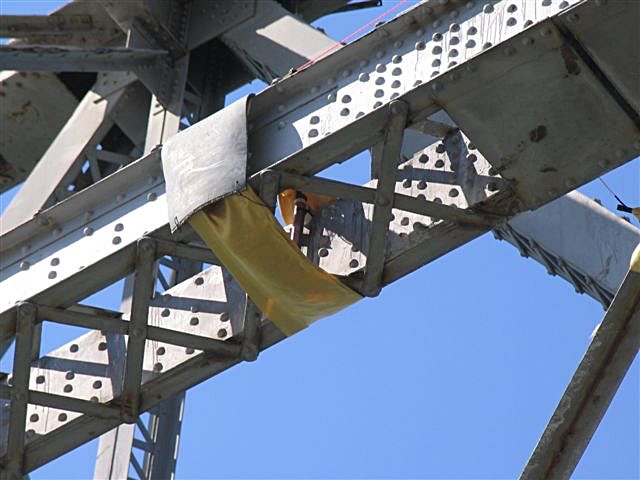 The charge with the shield in place 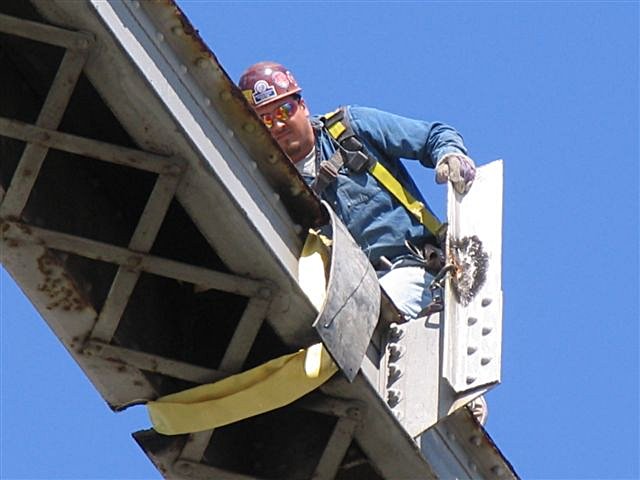 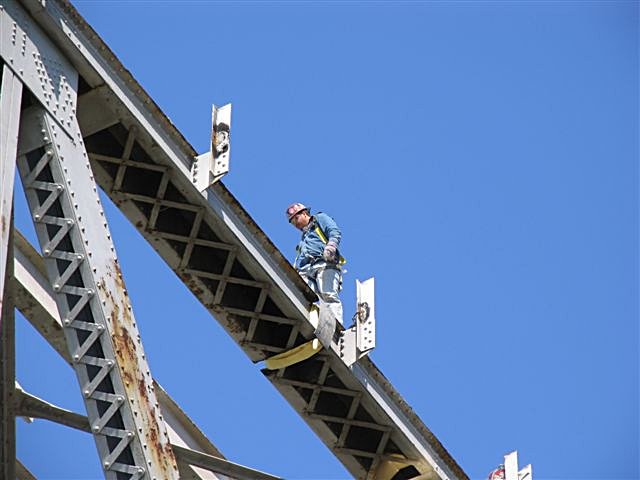 A stack of conveyor belt segments ready for use 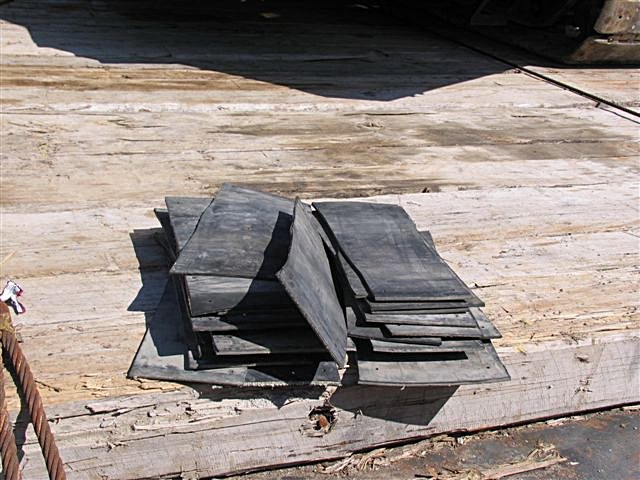 Several of the charges 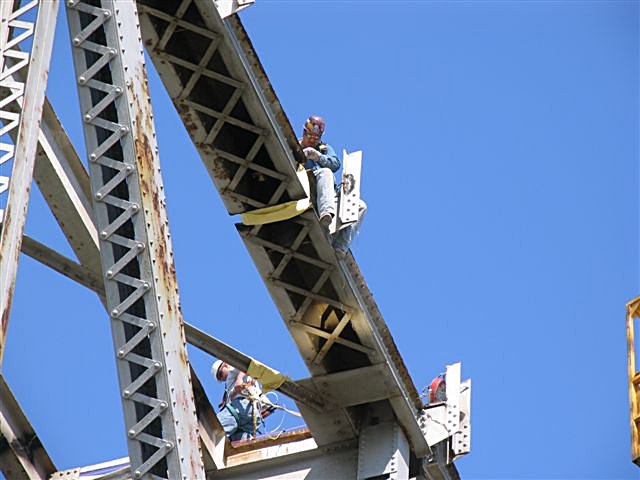 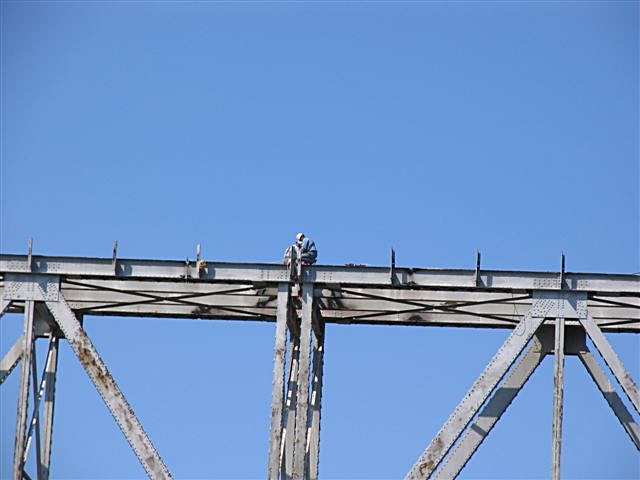 A planted charge - note the fuse lines above 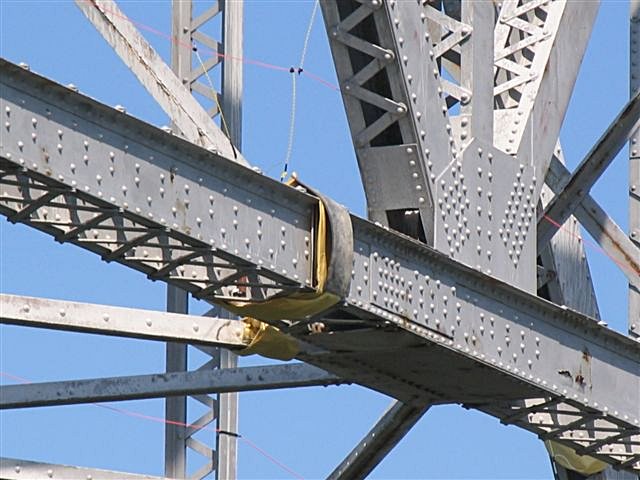 Tieing a charge into the fusing lines 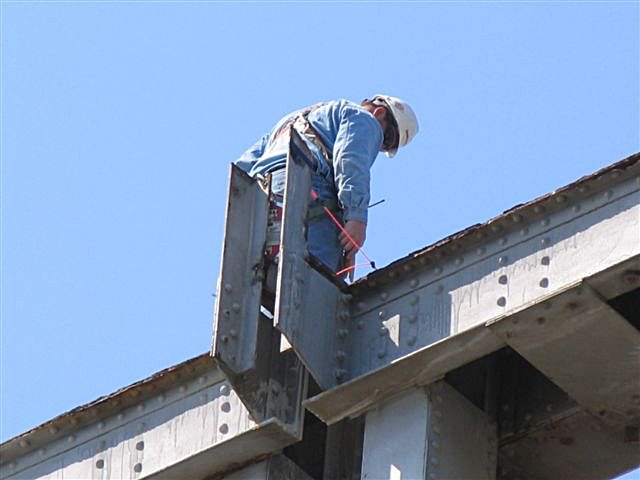 another view of the fuse line 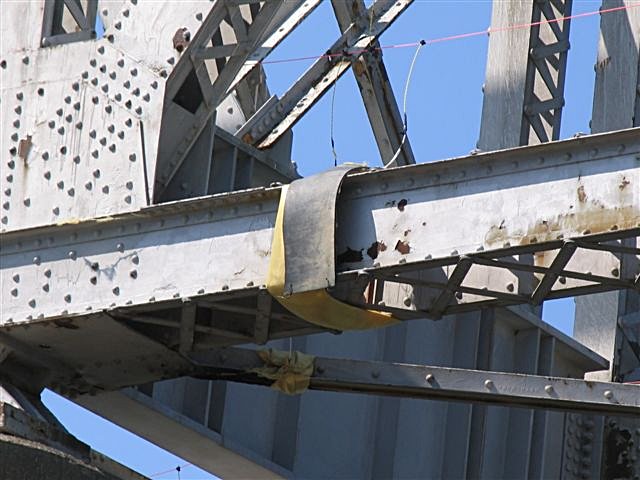 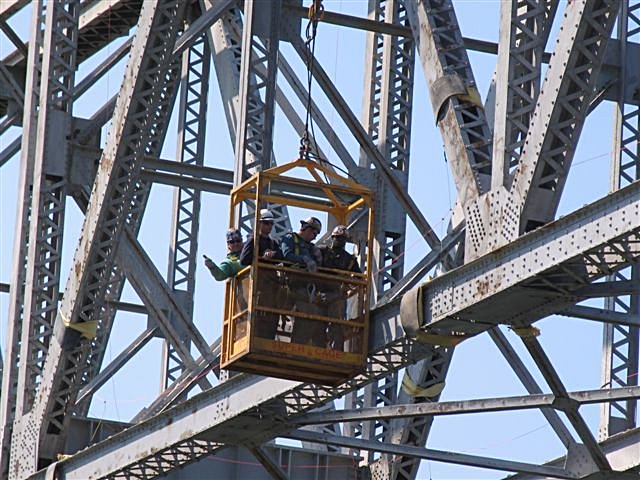 Tieing in the charges 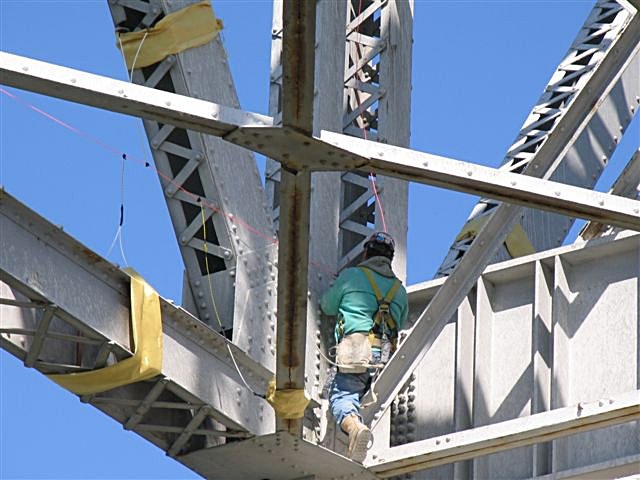 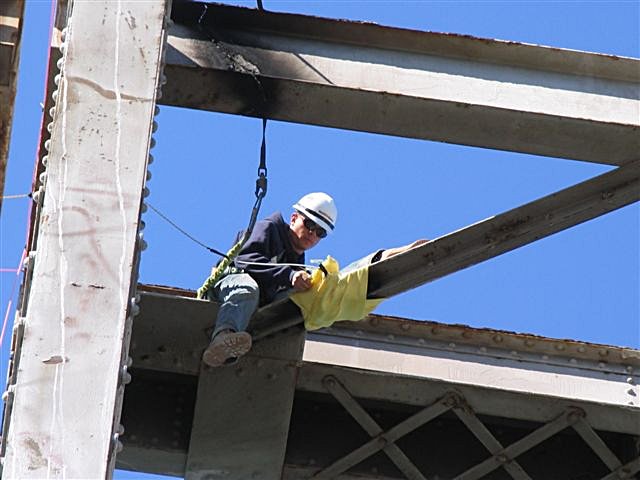