Sparky has been checking up at the Cooper River worksite and at the Navy Yard.

Here is a view of the Grace on ramp from the Mt. Pleasant side 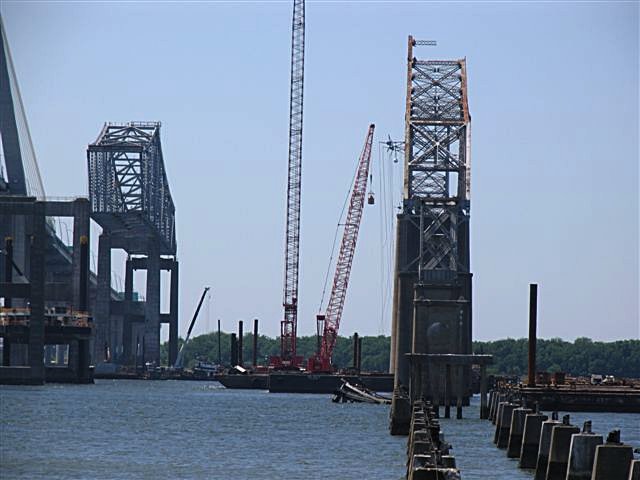 and what remains of the supports 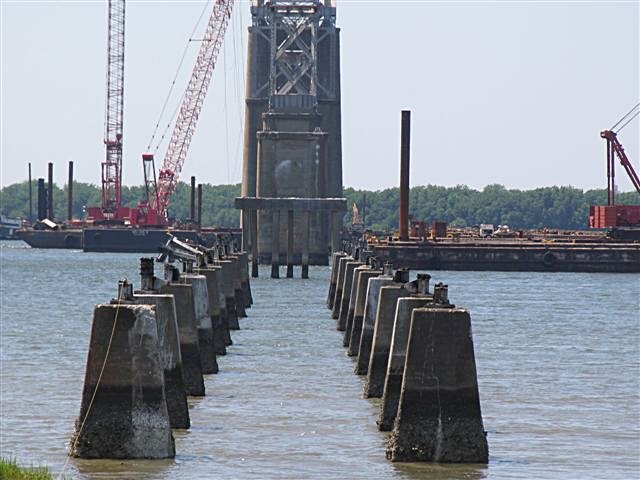 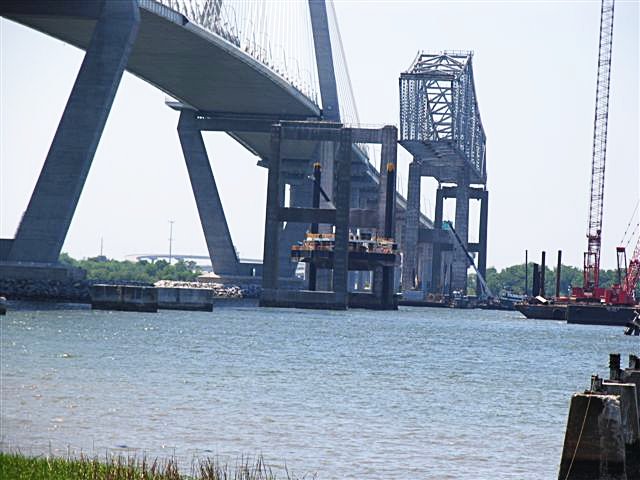 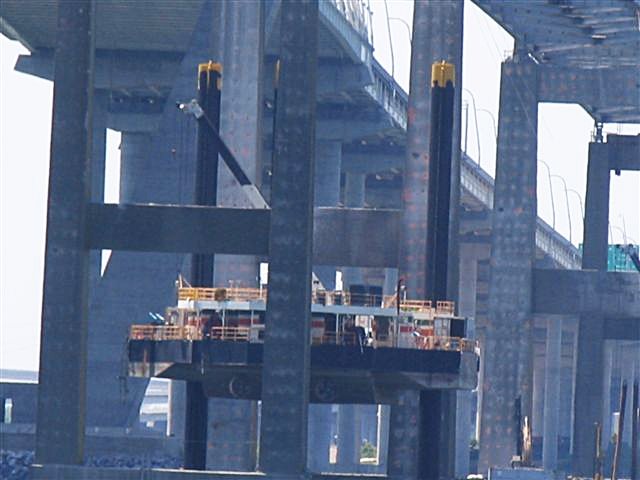 Meanwhile, back at the Navy Yard - continued chewing of Grace and Pearman segments, loading and shipping off to that great recycling center somewhere 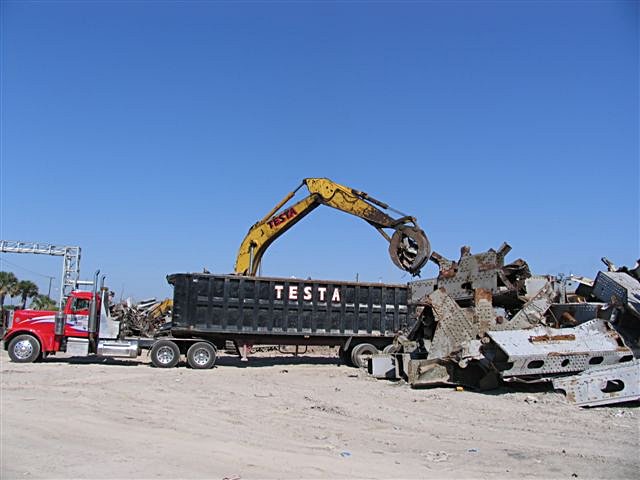 A grapple and shear - Jackie playing the grapple while Steve is playing the shear. Unseen is Richie - all over the place running the smaller equipment and applying his artistic touch with his torch. 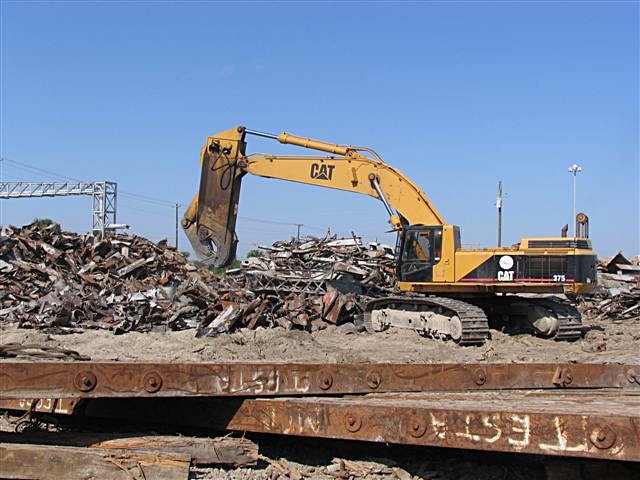 A serious bite with the shear - Steve in action while 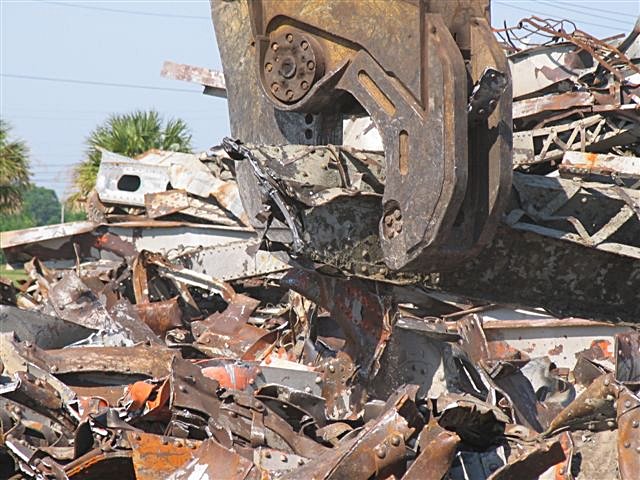 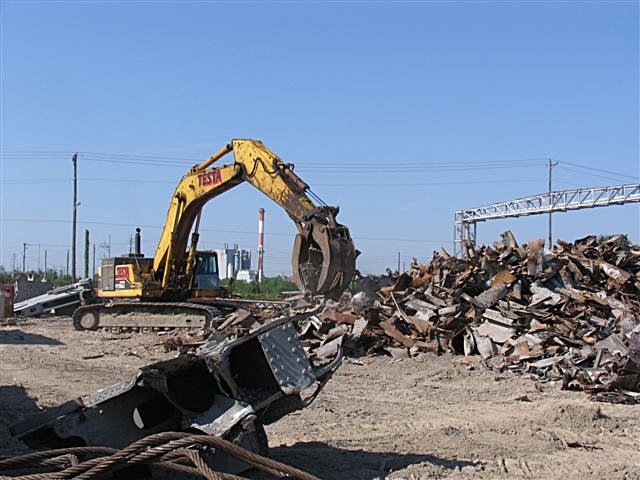 and Sparky's artistic touch of Jackie and the grapple 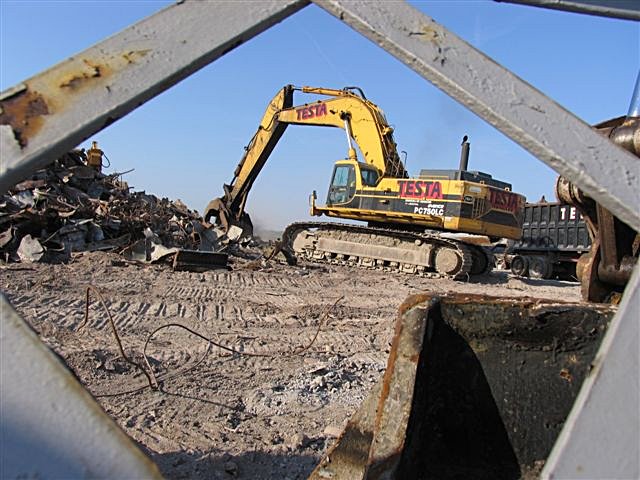 framing the grapple with the shear 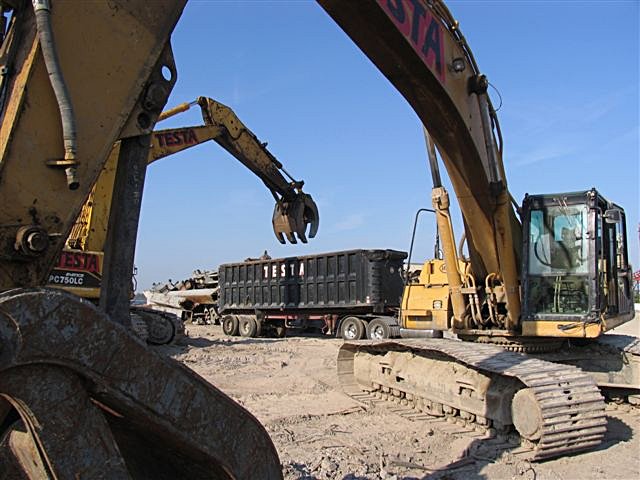 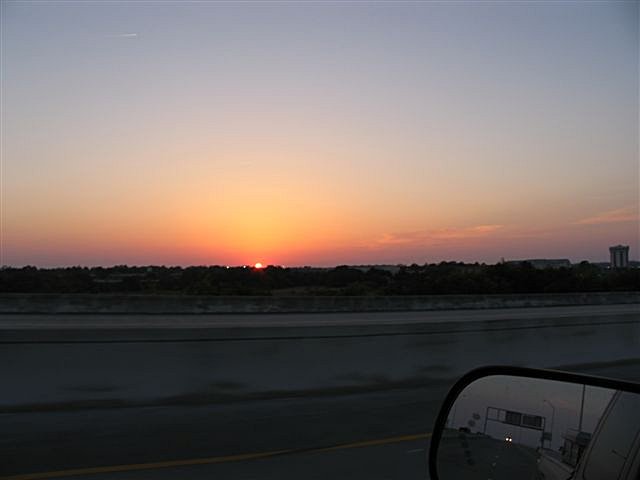