Sparky's weather report was rain, rain and more rain. Nevertheless, he managed to get out on the water and catch up on the Grace retrieval work. Manny was playing his crane while Jackie was playing the shear and ? was working the grapple.

But no story can start without a progress report on P-3. Now down to the level where a low reach hammer can work - here is the progress. 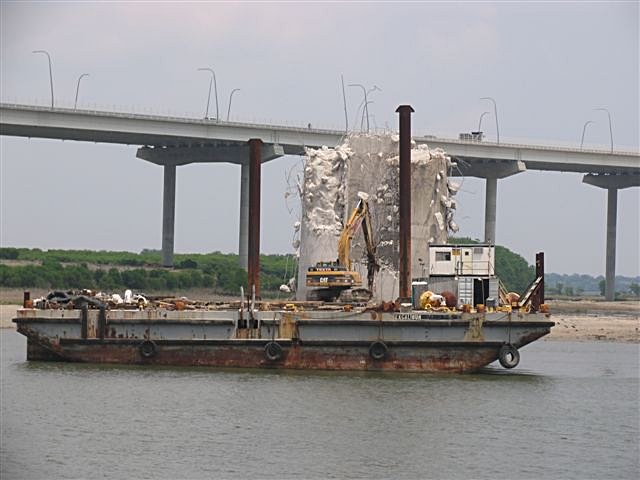 An overview of the Cooper River worksite 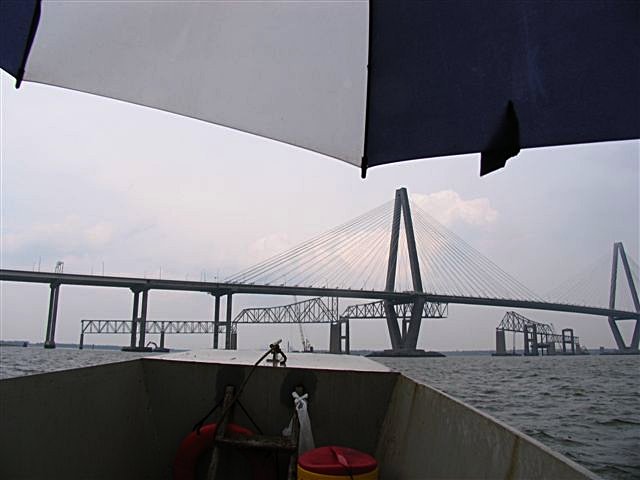 C-2 and the jackup barge 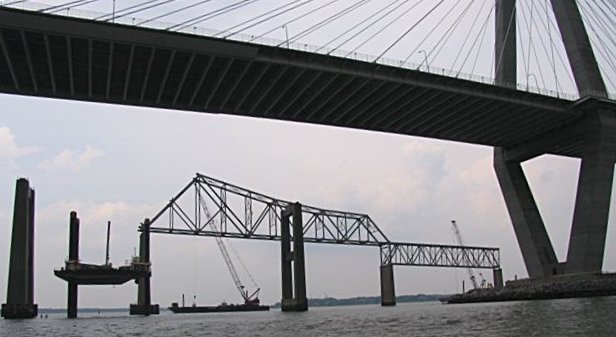 Here is Jack and Michael with Manny and his crane in the background. 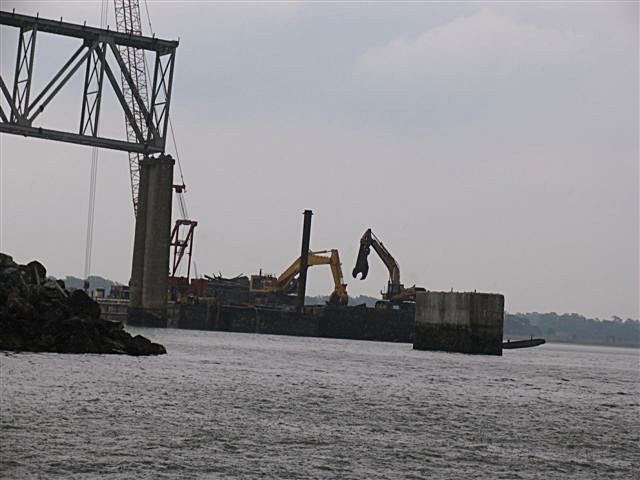 Manny's elevator, lifting the DD guys as they work on charge placement 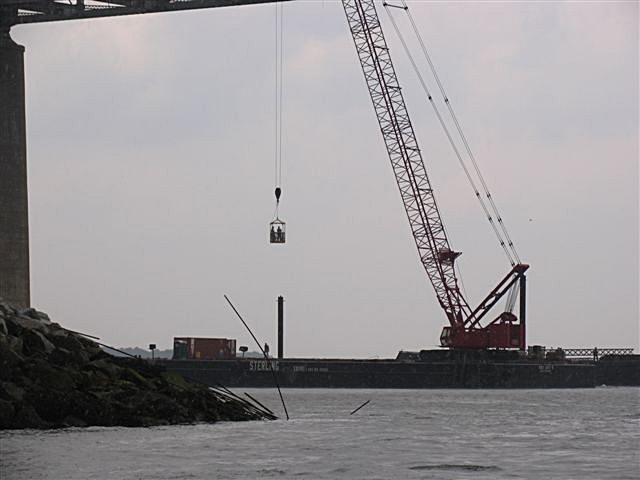 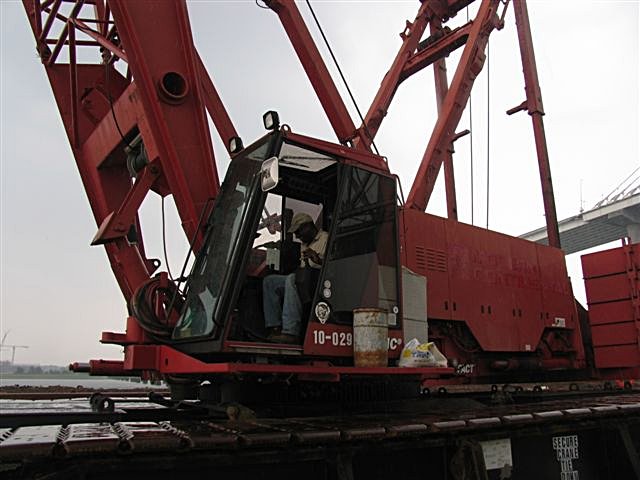 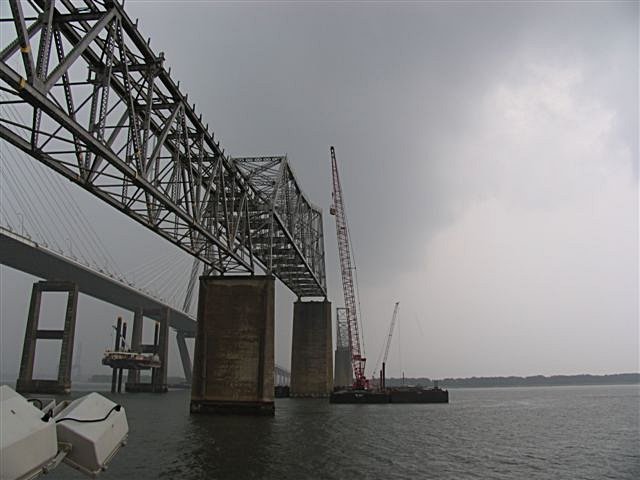 I am not sure how to describe this other than fishing. The water is shallow enough that the truss sections can be readily seen - so you might say this is grappling for a section 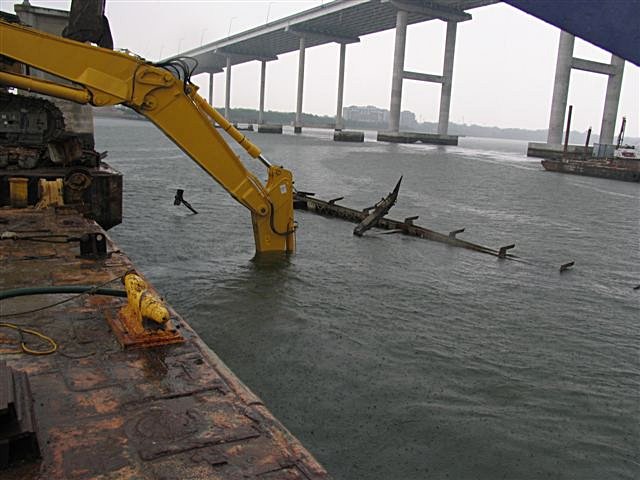 Then its Jackie's turn - probably to cut a section so that the Michael's grapple (using a short reach arm on the 1250) can lift out a small section. Note Sparky's umbrella 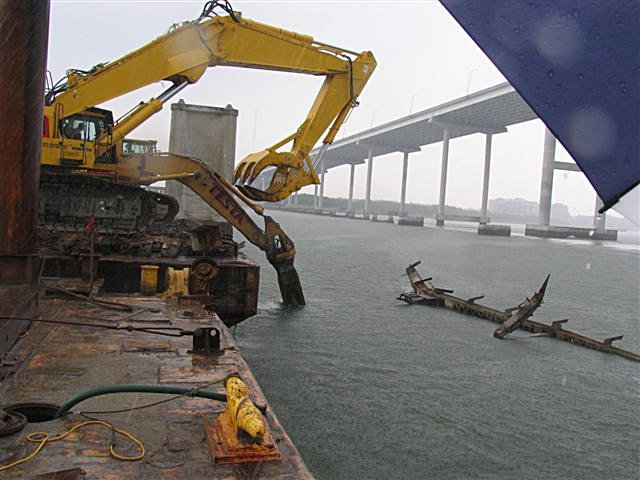 Here it takes two to fish 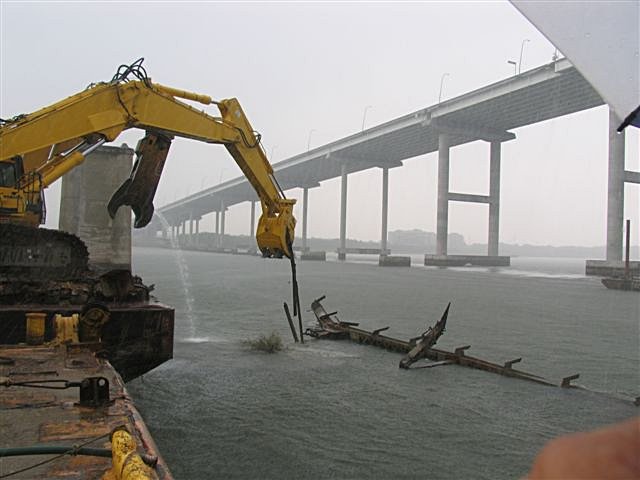 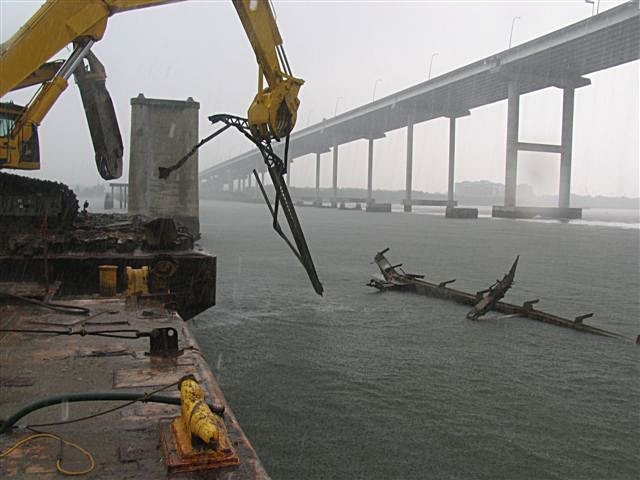 A different view of fishing from the barge 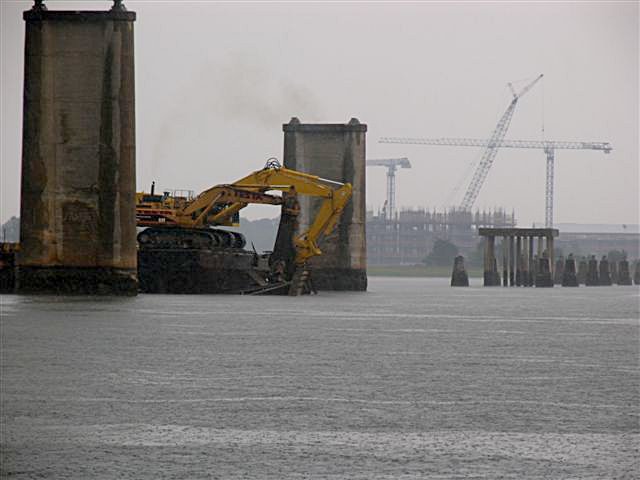 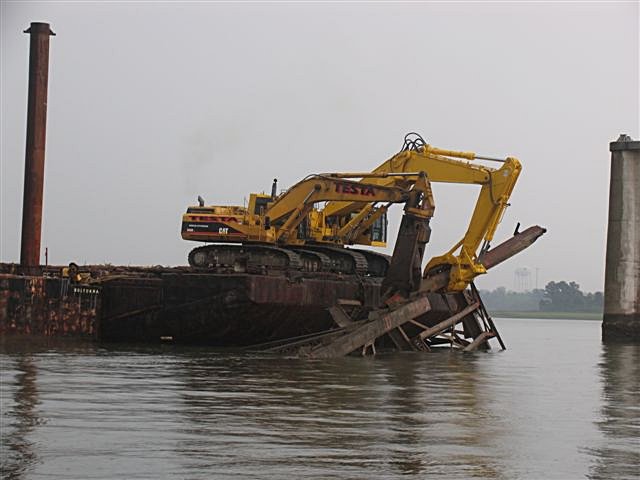 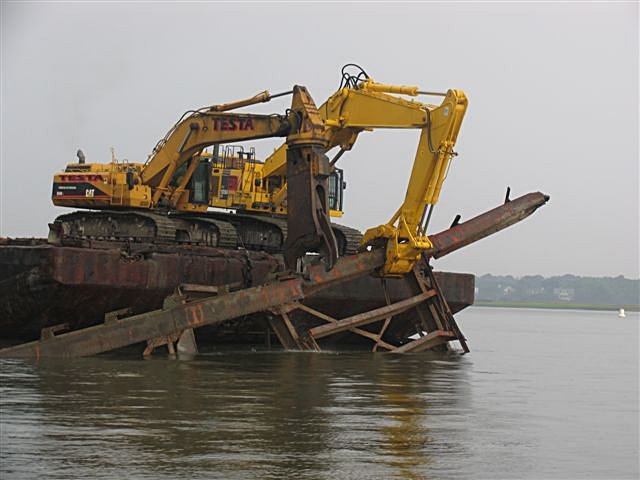 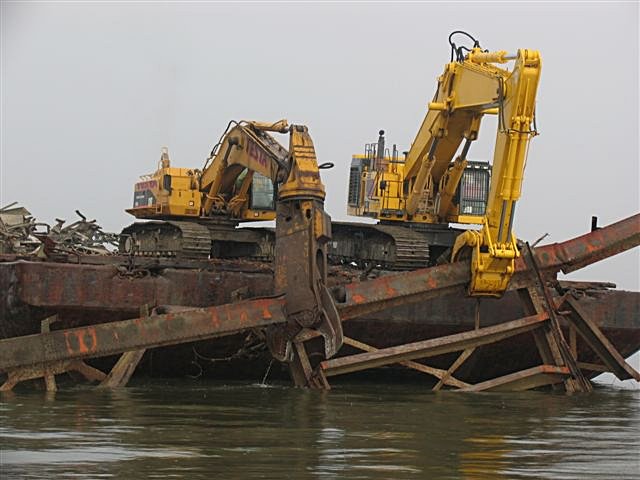 and taking a bite 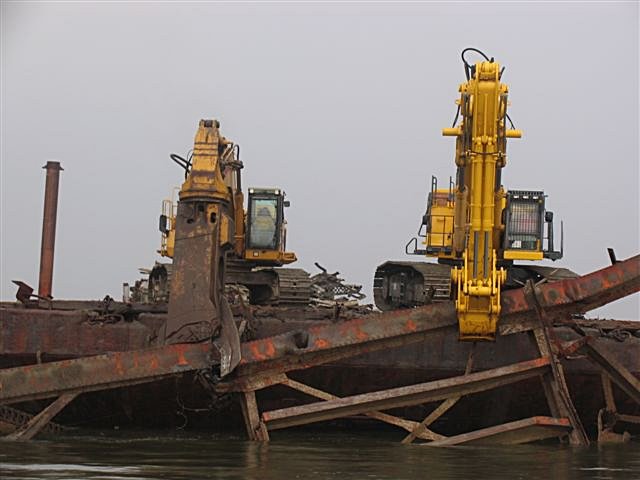 and Michael lifting the section 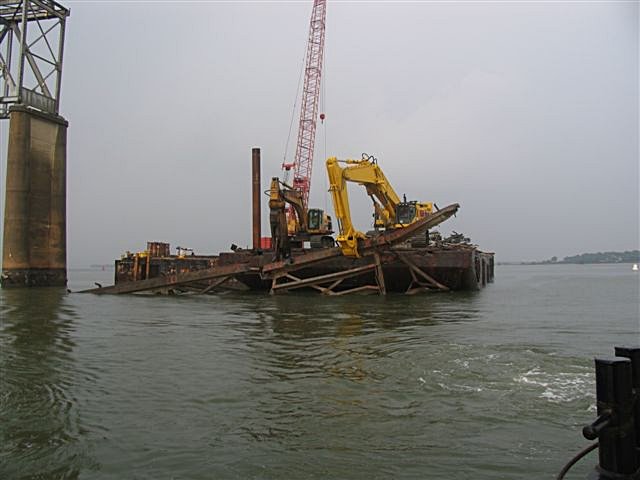 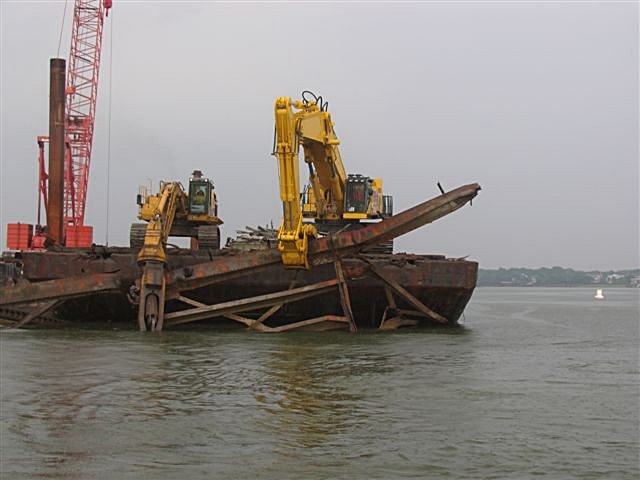 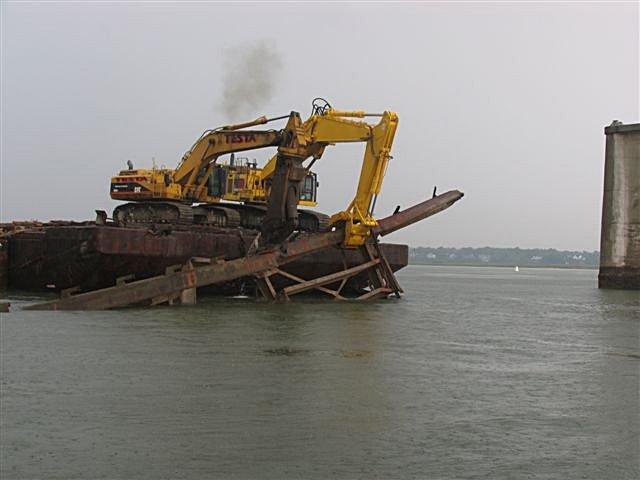 From a different angle 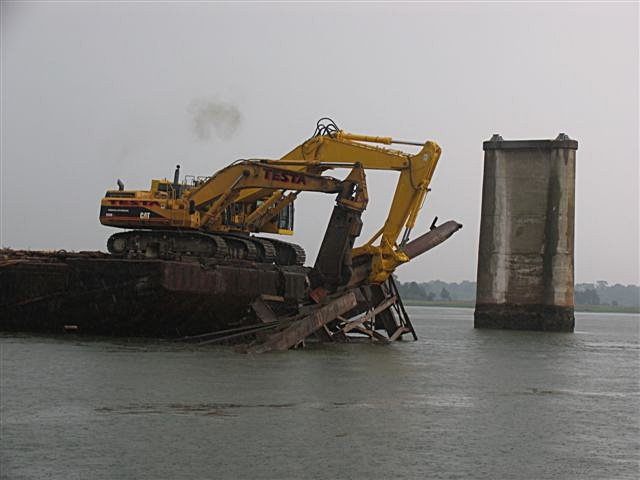 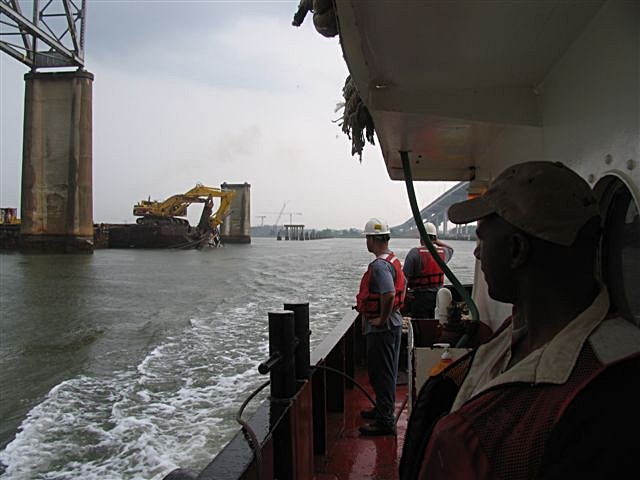 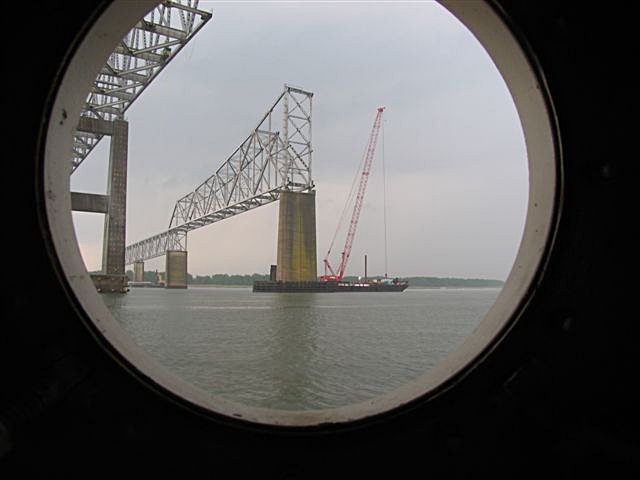 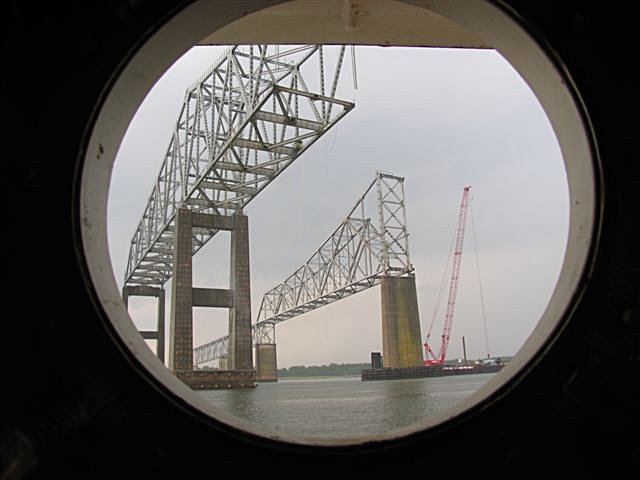 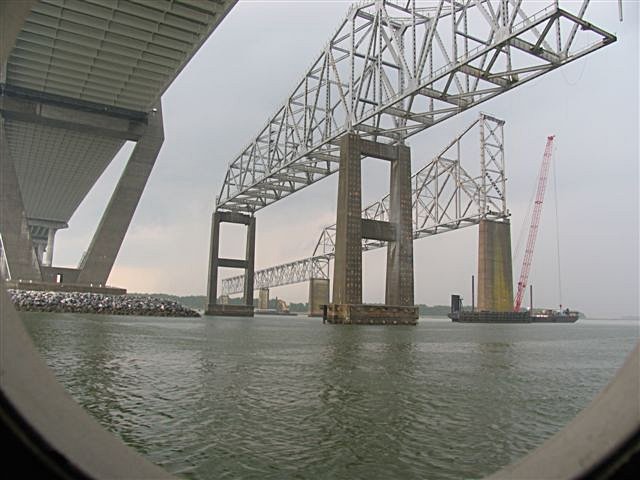 and still hammering away on P-3 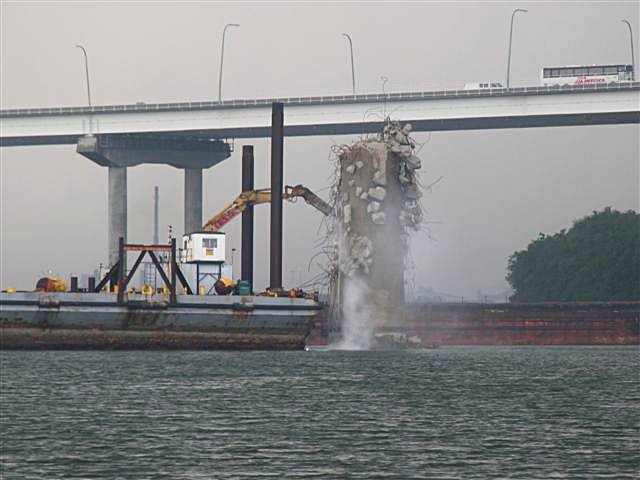 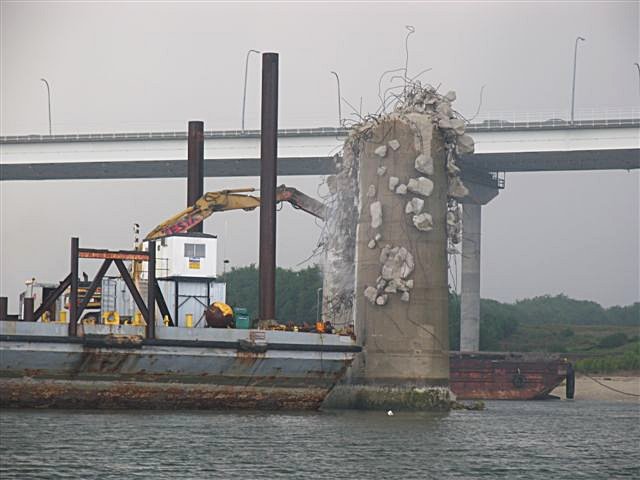