Sparky was out today catching the action at both the blast site and at the Navy yard. I put together a video from his still shots just to illustrate the retrieval trio for Crane (Richard), Shear (Jackie) and Grapple (Michael) 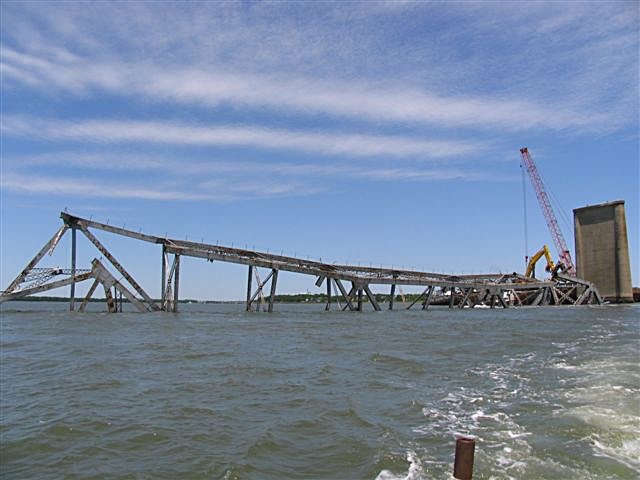 Now for some serious fishing - attaching the cables - to retrieve this piece. Here, Speedy is on top while Scotty and ? are providing some assistance. 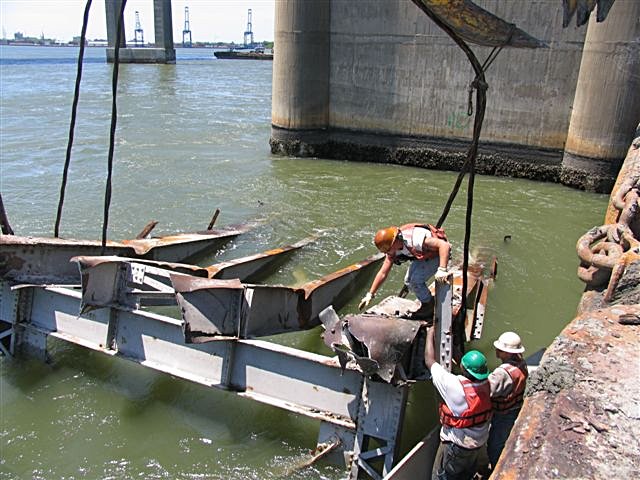 and Michael's grapple supporting the fishing line that Speedy is working with. I would call this 50 ton test line. Scotty and ? are adjusting the cables to catch the big one. 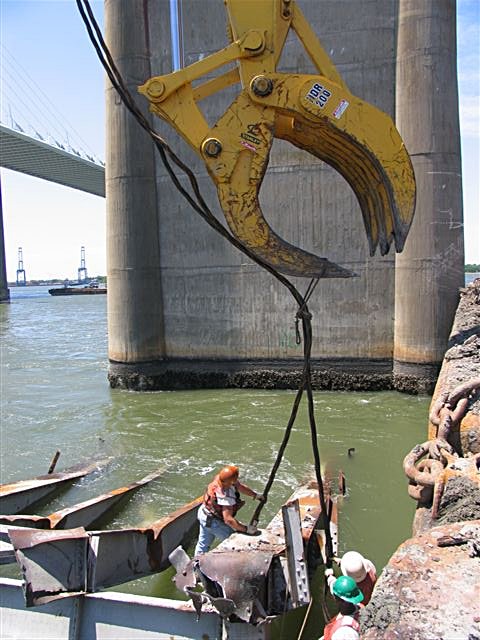 Michael taking a bite while Richard stabilizes the section 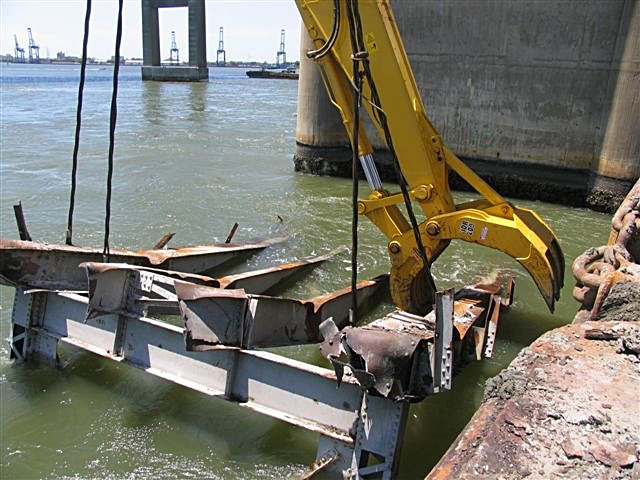 and a bit of lifting action from Richard and Michael 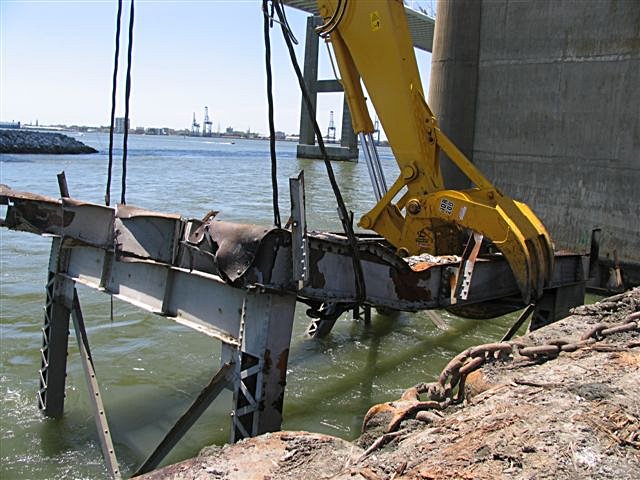 Now Michael retreats, but with his jaws in the open configuration. Now that Michael is finished, watch Richard lift this section from the Cooper River (2 Mb mpg video) 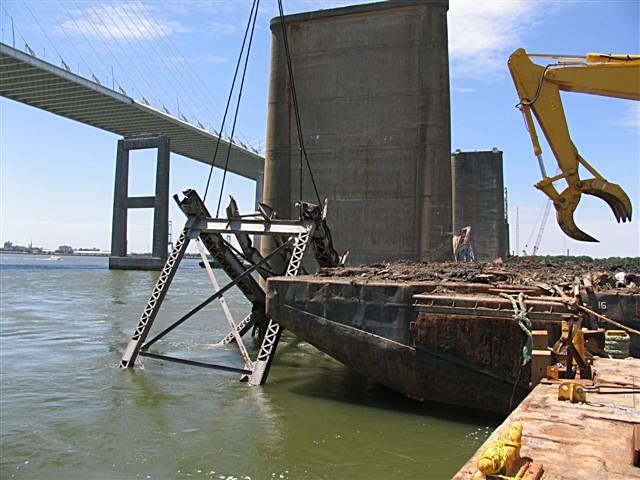 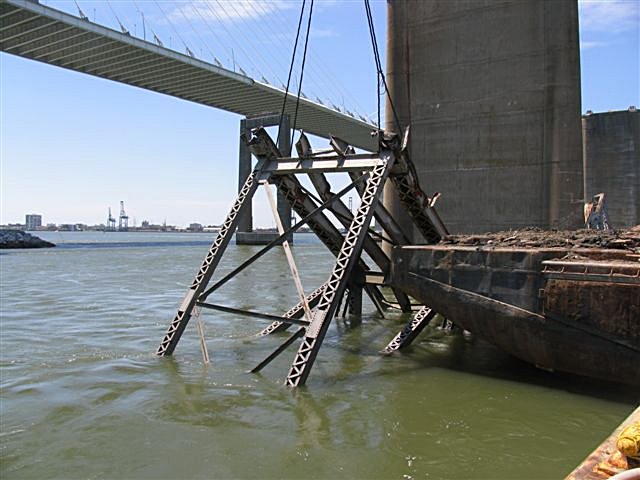 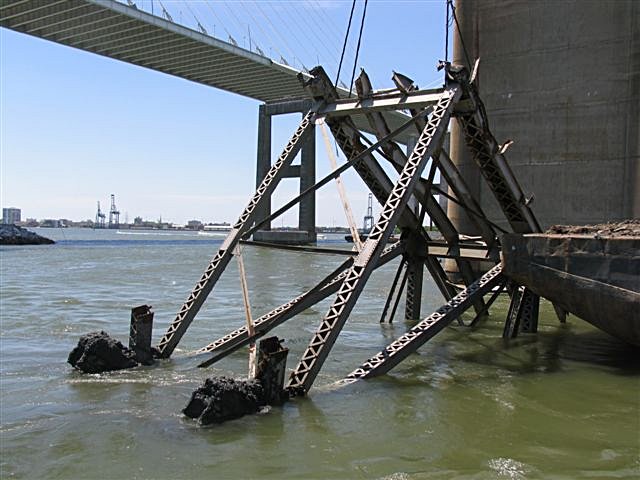 Now with the Grace section resting on the barge, 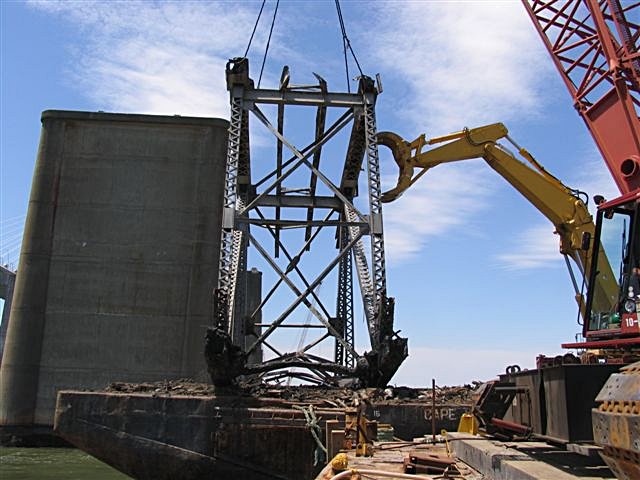 it is time for some initial surgical removal of key sections. Here are some demonstrations of Jackie's surgical skills involved in dissassembly of the Grace truss (all done while Michael stabilizes the setion with his shiney new grapple). 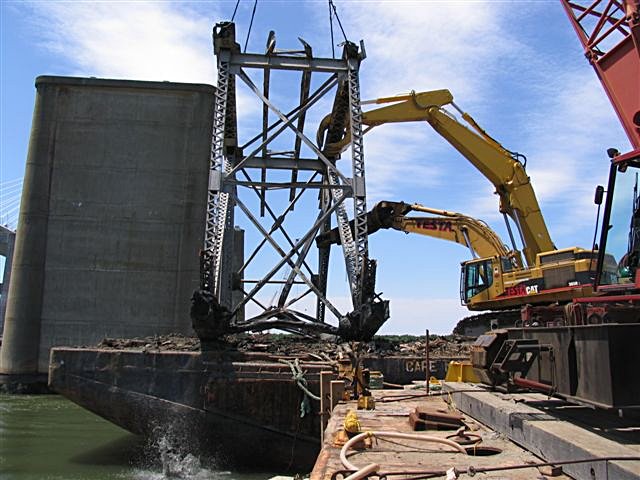 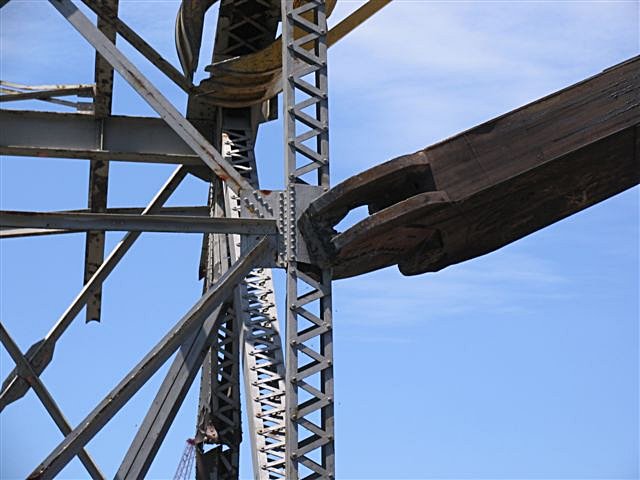 Then the pull procedure 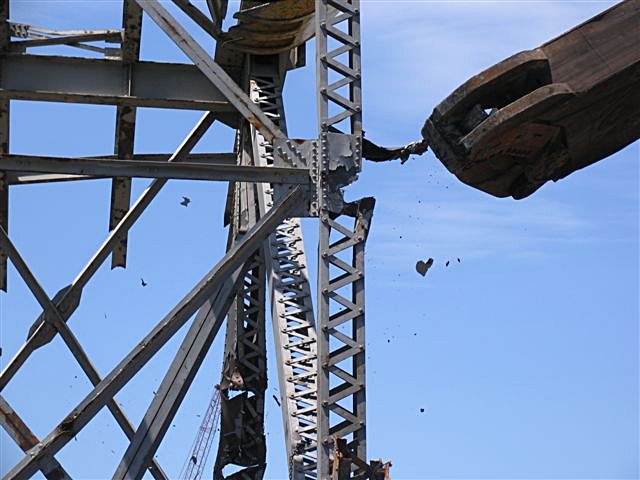 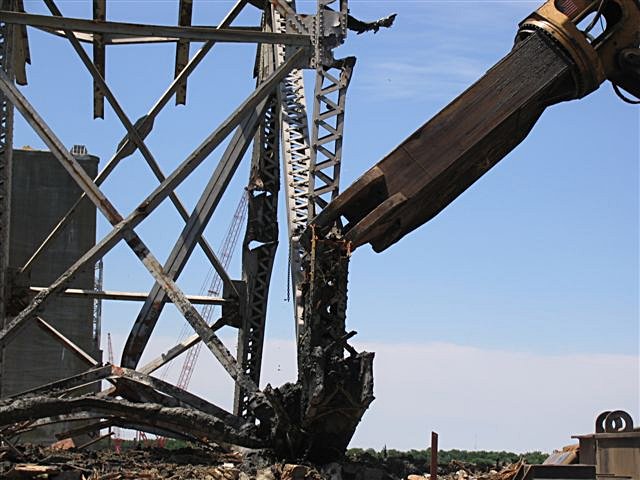 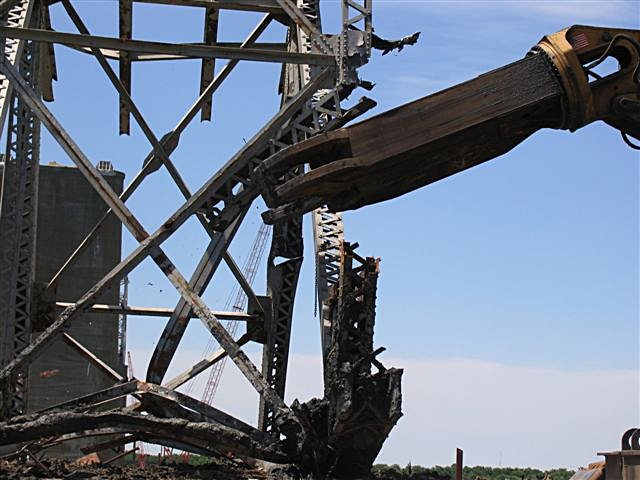 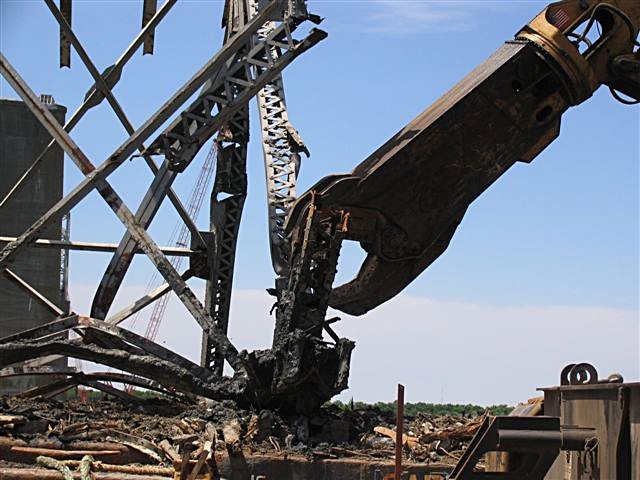 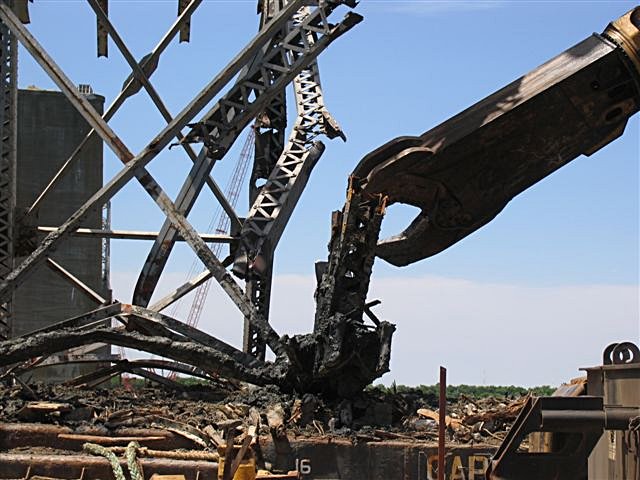 Now it is time to rotate the truss section into the proper surgical position for high speed disassembly. Watch Michael rotate this section of Grace with his grapple 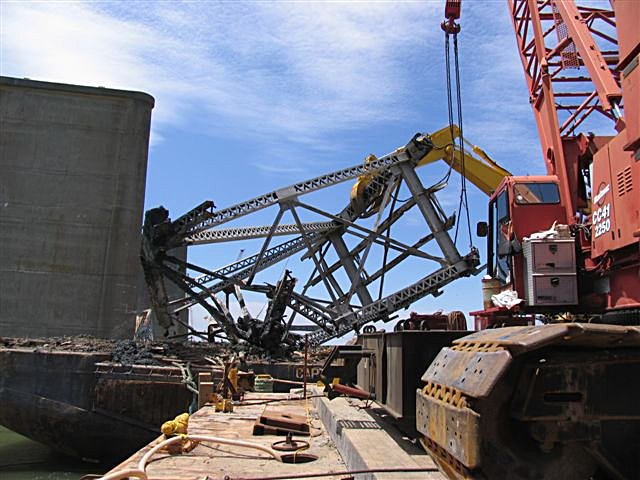 The formation (Duet for Jackie and Michael) 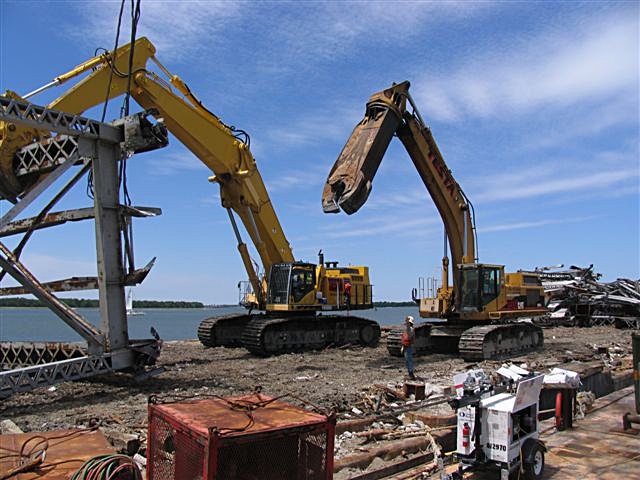 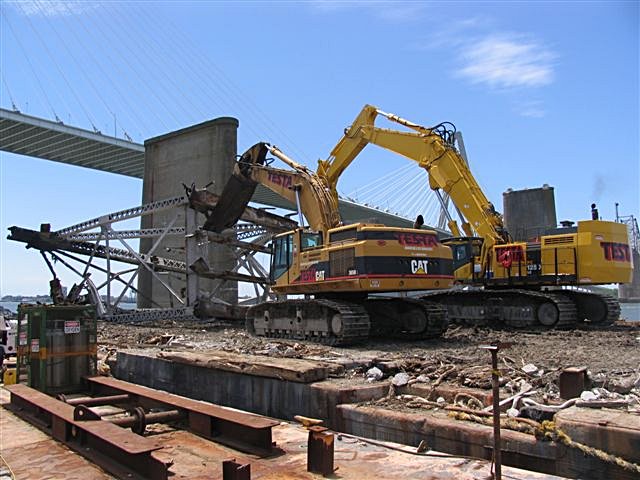 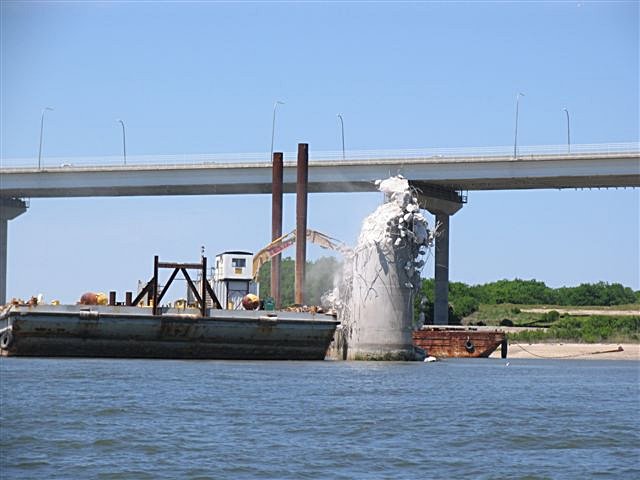