Basically I miss Charleston and PBC and Testa and Cashman and Sparky and Gary and all the guys that have contributed to my infinite curiosity. This morning there was more unbuilding going on across the street - and I was certain I saw Bob McCabe, Jim Grier, Richie Bagan, Michael Hebb and Jackie Foley. So why not start a new story. The unbuilders are not my Boston friends but a new group from Singapore. They need Mickey Rogers - as they are taking the building down one floor at a time with hammer and grapple. Where are Mickey and Ken and ABS for another imposion. My neighbors, this morning were asking the same question.

It is 7 am in Singapore and across the street our local unbuilders are waking up. Where is Steve Testa - its an hour after starting time - hmmmm 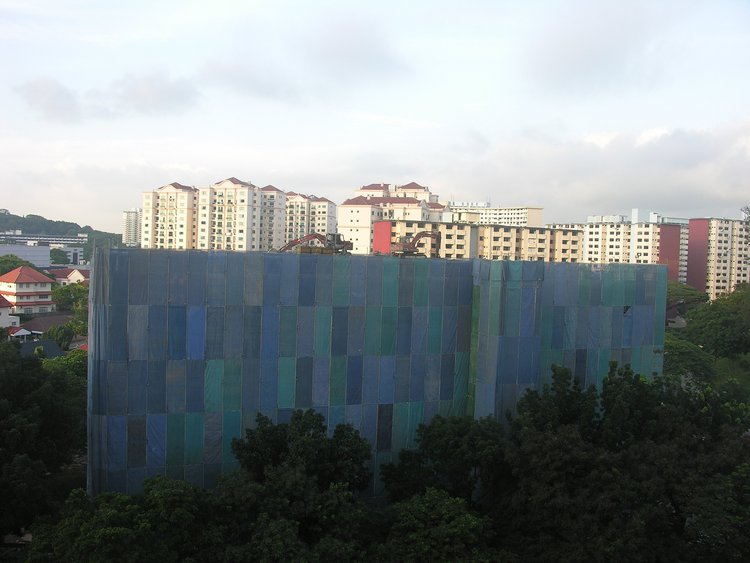 Jackie's grapple but no Jackie 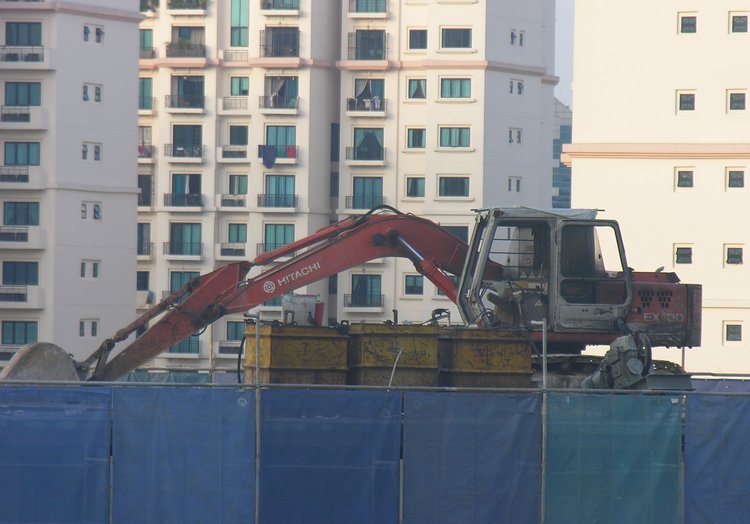 and here is Michael's hammer - but no Michael 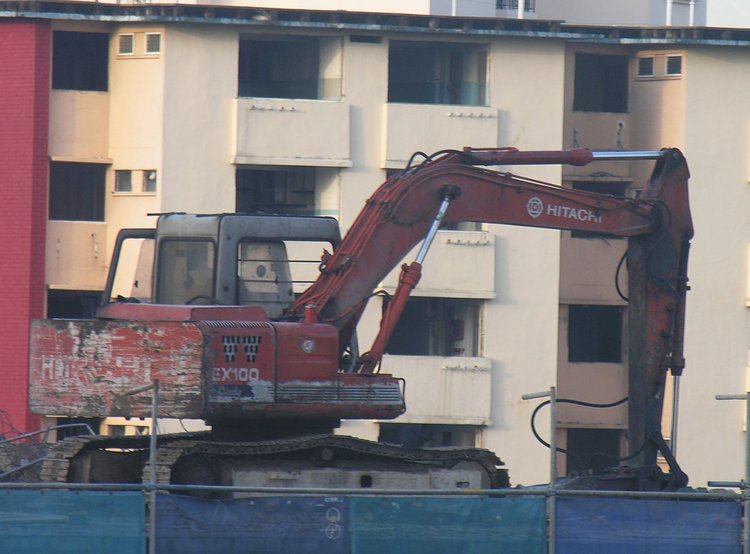 An hour later (8 am) we hear Jackie's grapple (right) with Bob McCable (visible on the left) and Jim Grier in the background. Richie is busy burning through some rebar down below. 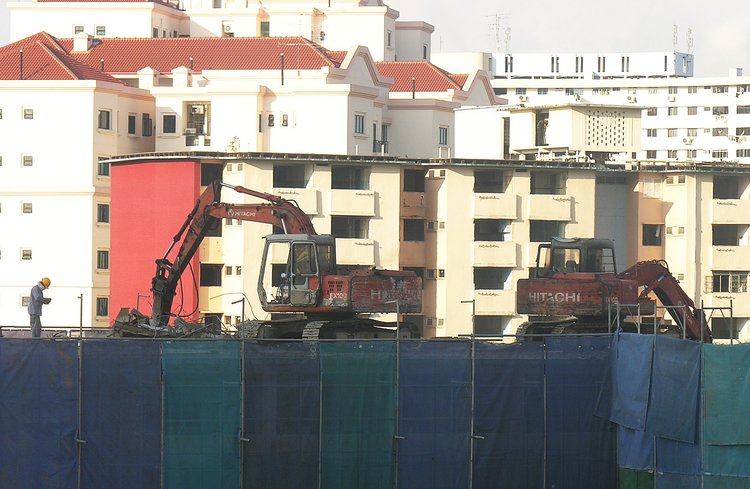 and here is Michael (you can see that he wears white gloves) - but no Testa orange t-shirts to be seen anywhere. Click on the video above to watch Singapore unbuilding in action 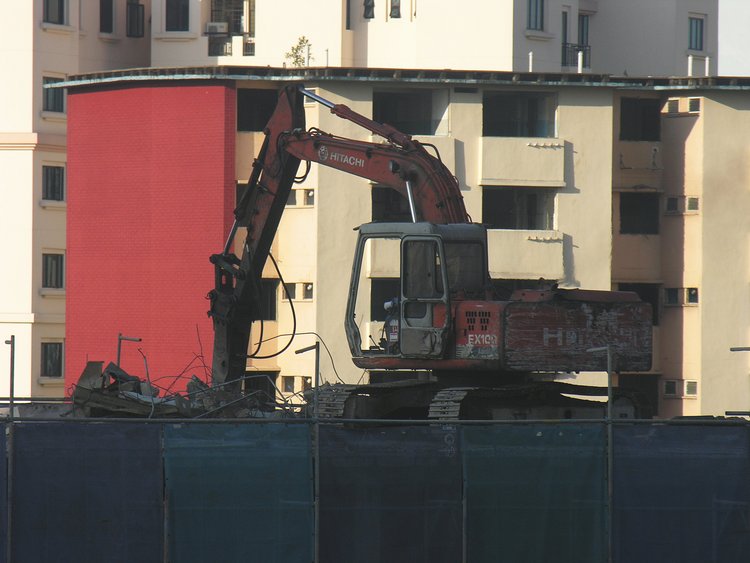 Look what happens after 9 hours - the top floor is gone and they have worked their way to the next lower floor.

The worksite at 5 pm 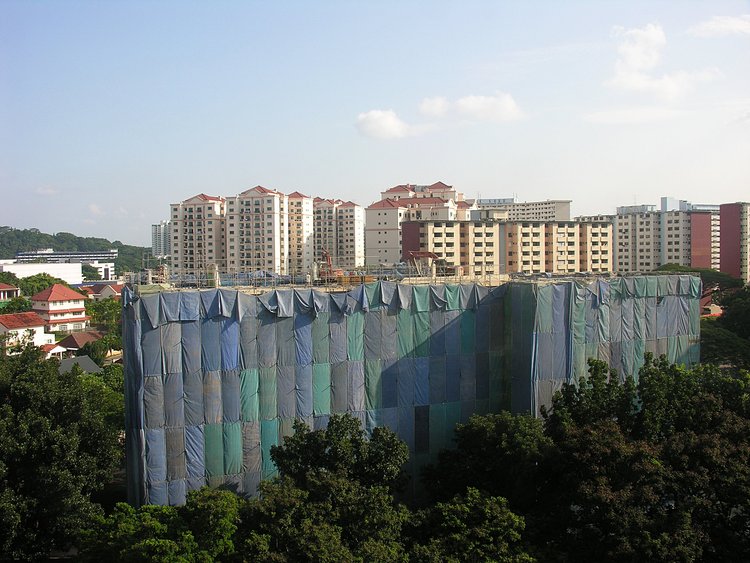 Jackie's grapple - here in Singapore, Jackies does not wear gloves. 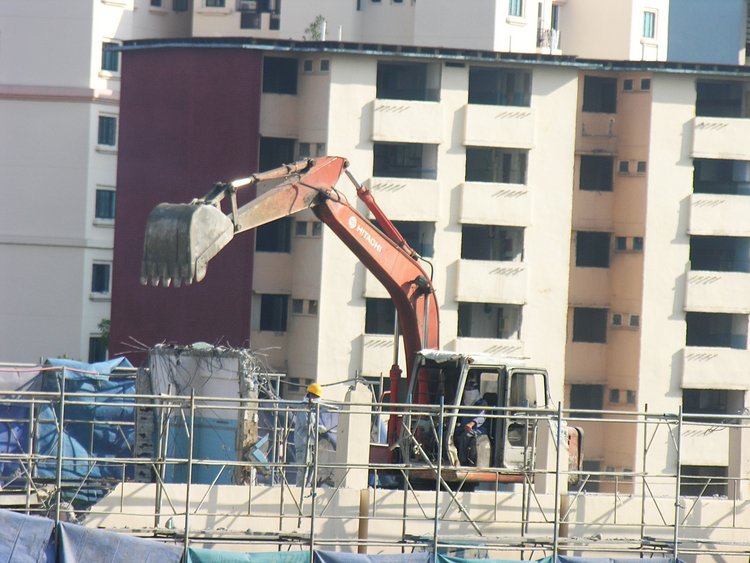 Michael's hammer - how wears white gloves. In Charleston, I had to look at their sun glasses to figure the difference - at least at first. Happy to see them shifting the identifiers from sun glasses to gloves. 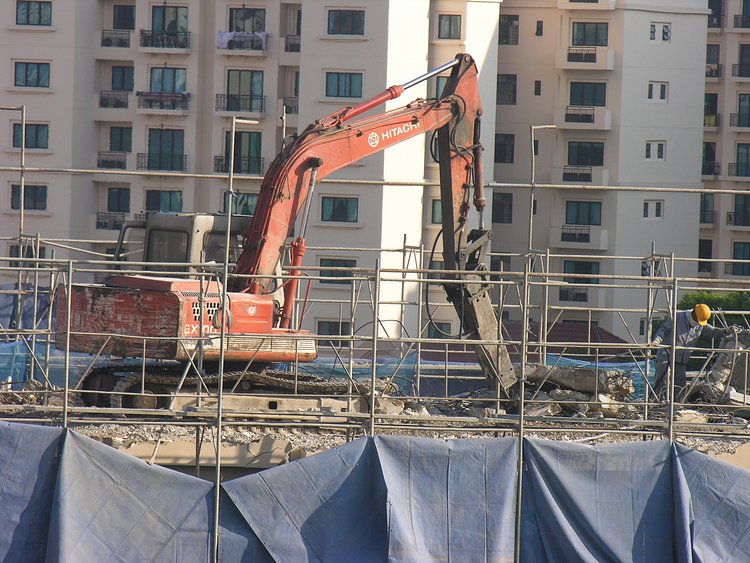 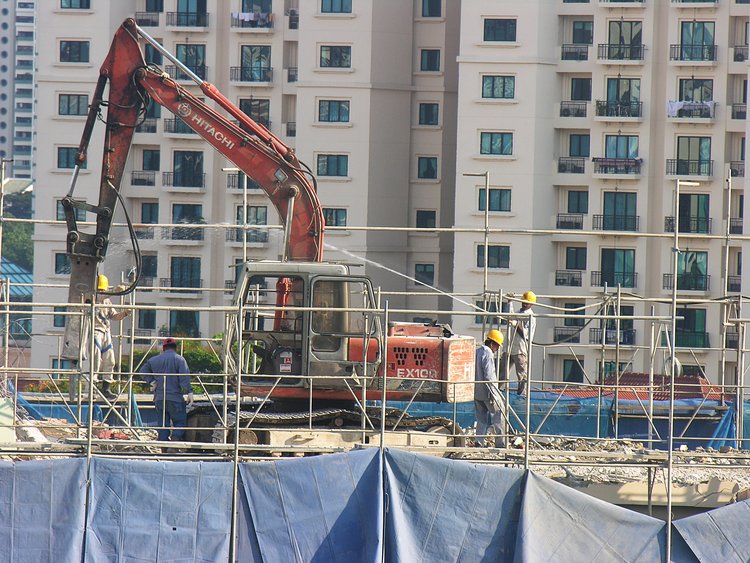