Today would have been my dad's 90th birthday. What fun he would have had watching them unbuild the HDB (Housing Development Board) block of flats across the street.

Here was the worksite about 7 am Friday morning. 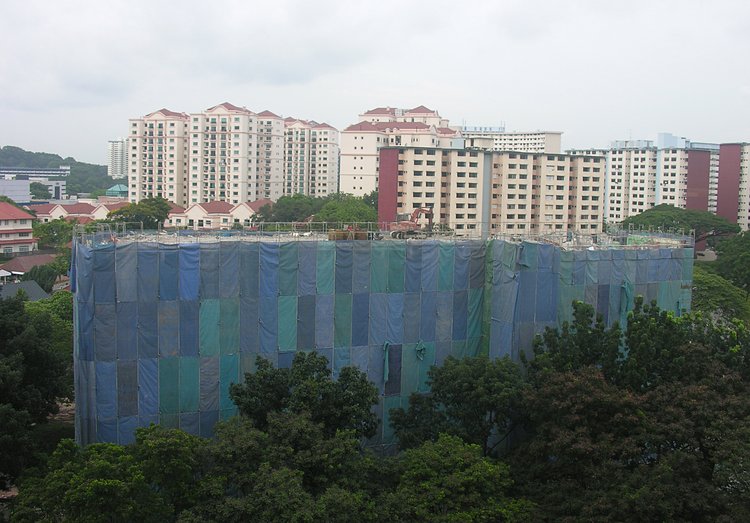 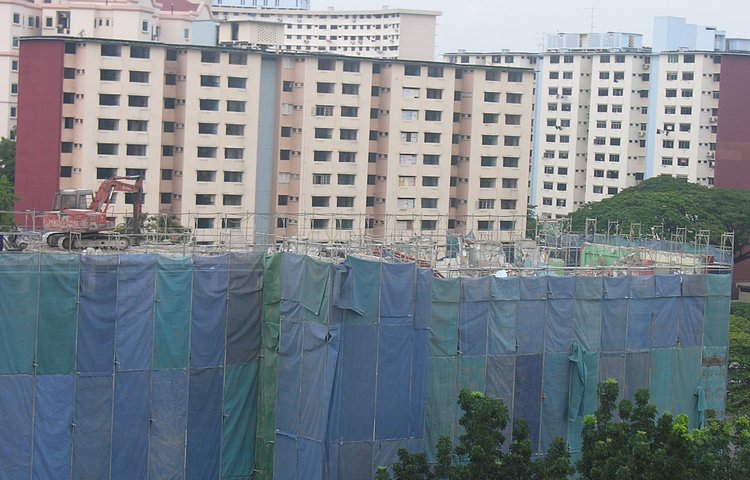 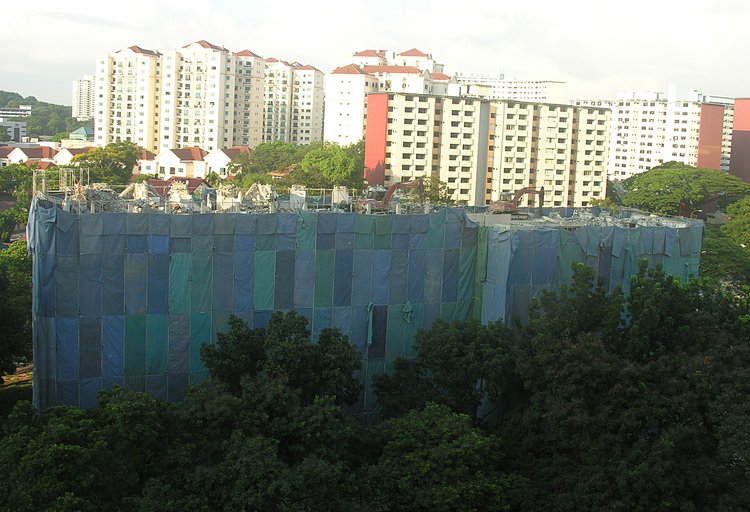 Grapple on the left and hammer on the right 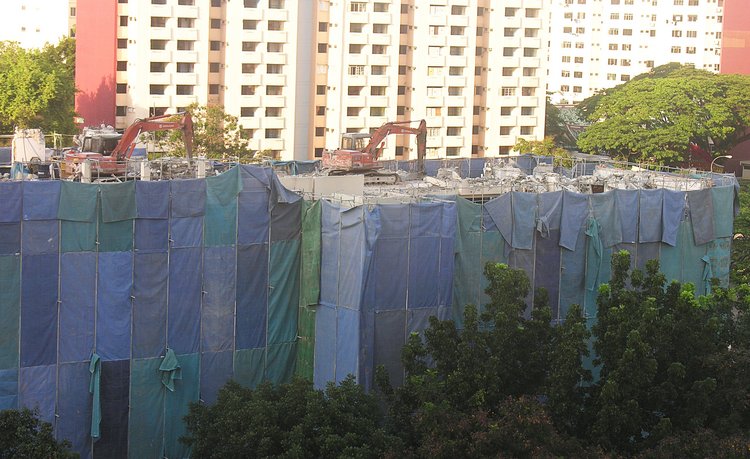 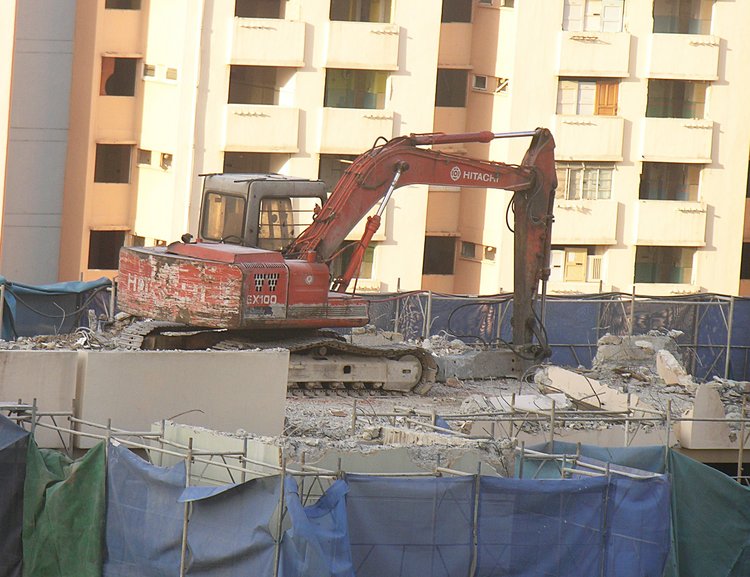 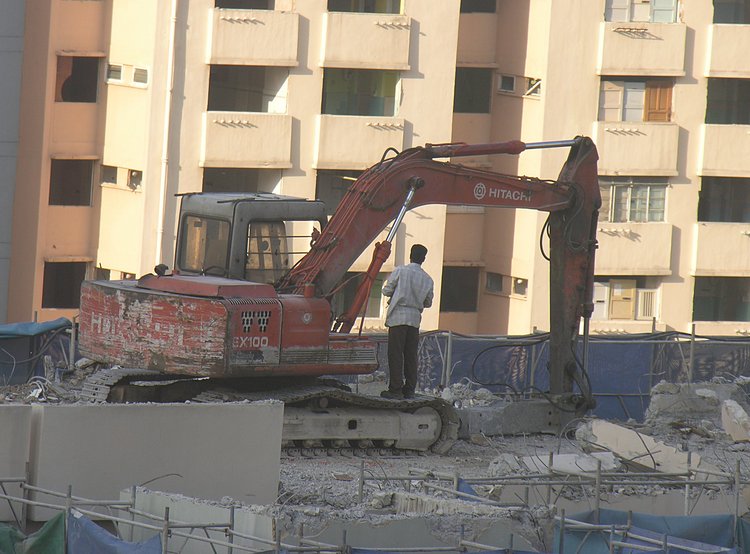 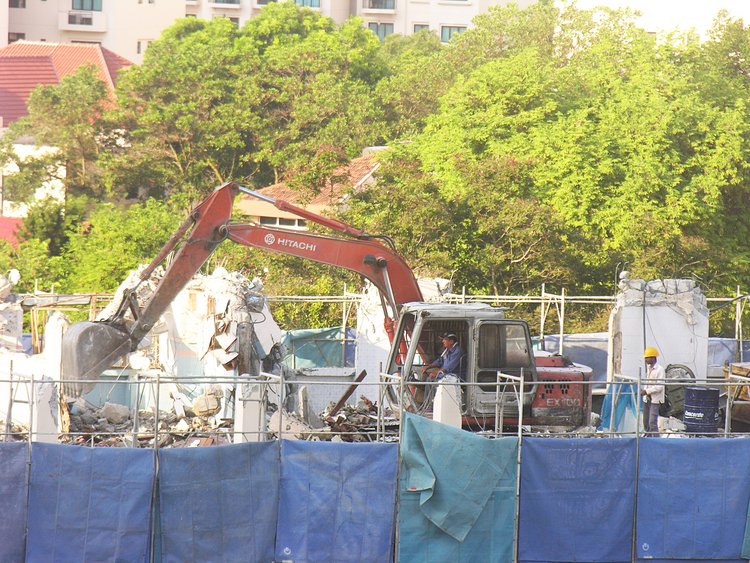 Note that around the building is scaffolding. As one floor is unbuilt, Pio, Bob and Jim unbuild the scaffolding. Jackie and Michael and the water guy decided that they needed to do something productive. 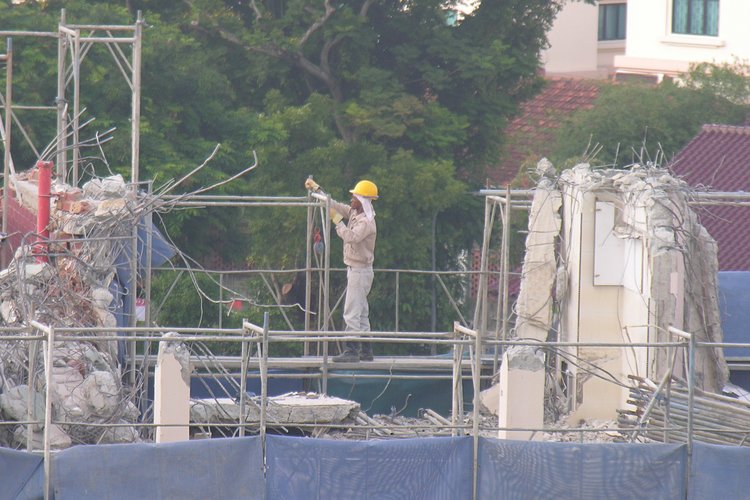 Here, Pio on the left and Jim on the right directing Pio. 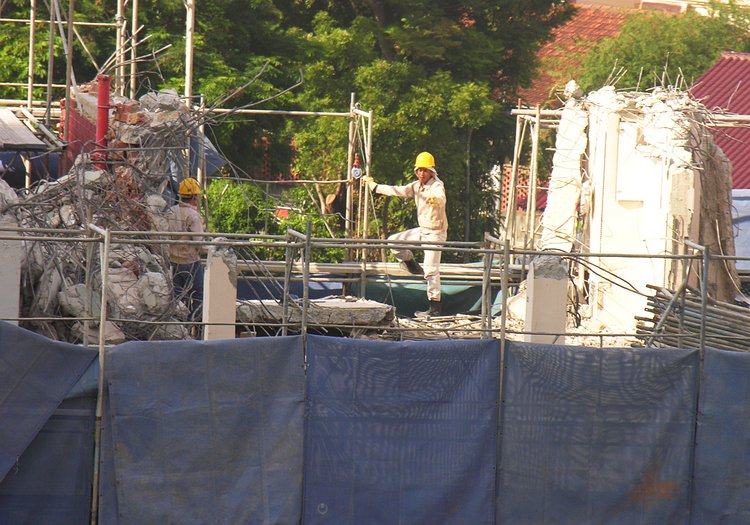 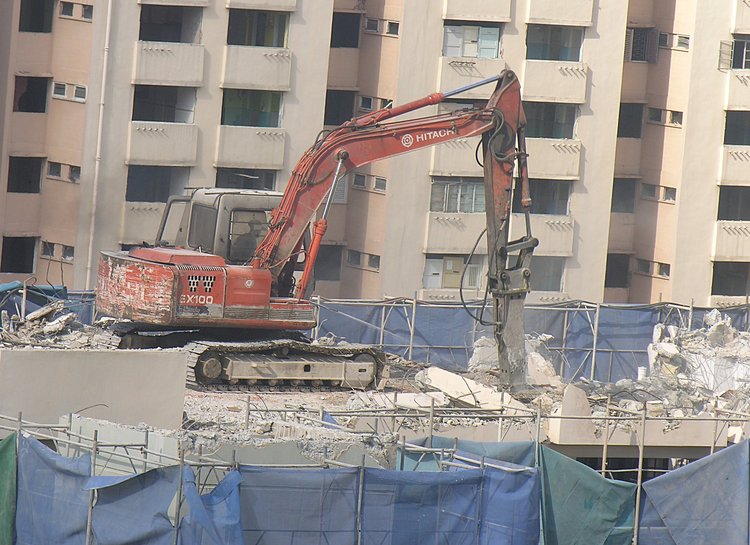 Time to quit. Here Saturday work ends at noon - a gift from the government to improve family time with the hope of increasing the birth rate 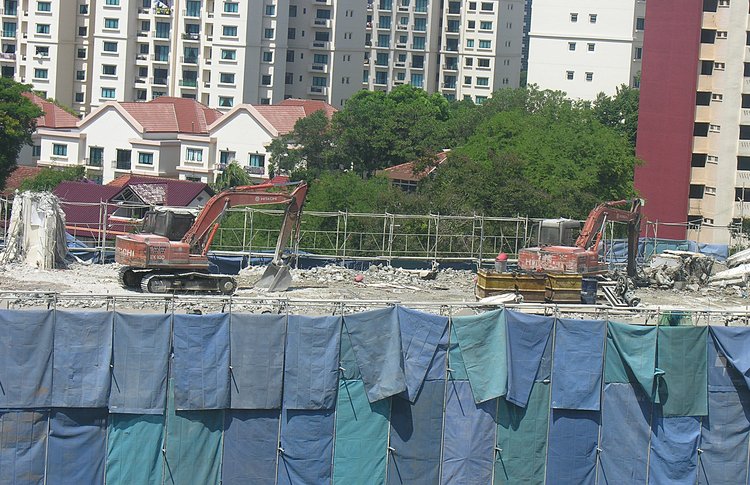 and the end of the day. Note that Jim and Pio managed to unbuild one level of scaffolding while Michael hammered, Jackie grappled and Richie sprayed the water. 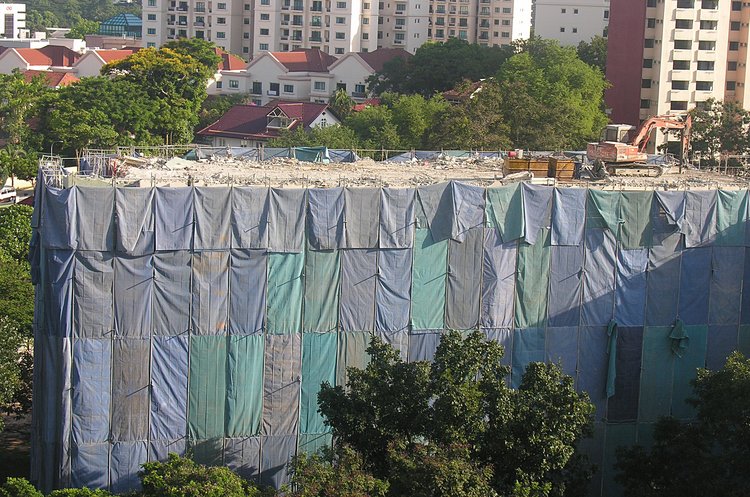