There was just a moment of morning sun before the thundershower - but enough time to catch the first moments of work this morning. These huge bridge eaters (for lack of a better word) have rather large jaws and take small bites of the beams as shown here. The bridge floor is constructed of box girders as can be seen as long boxes.

It turns out that what I called a bridge eater are technically mobile shears manufactured by Stanley LaBounty in Two Harbors, MN. As a sneak preview, Stanley LaBounty has provided a 38,000 pound grapple to remove steel portions of the bridge from the river - which we shall see in action over the next couple of months. 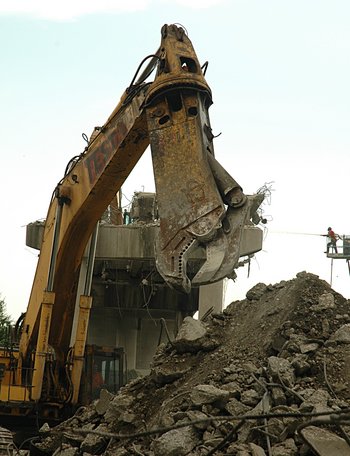 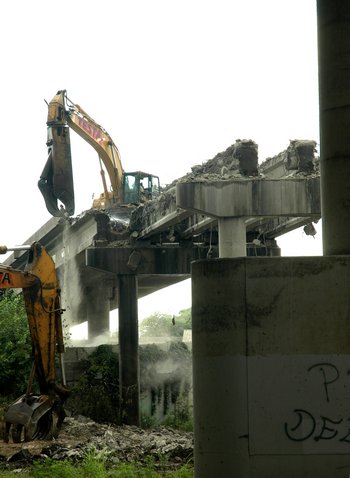 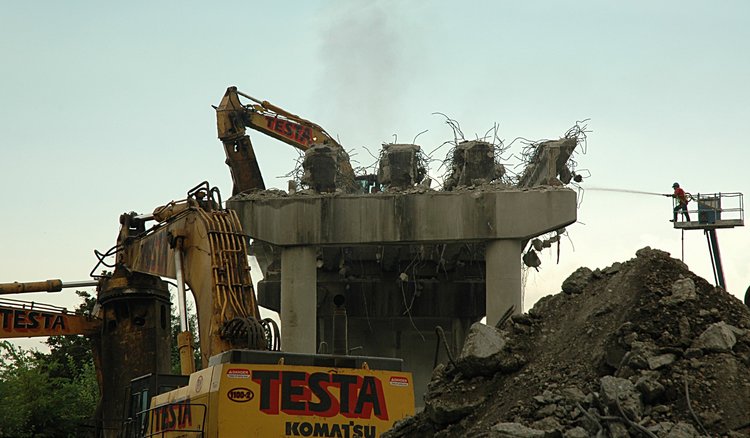 And the work goes on - one bite at a time 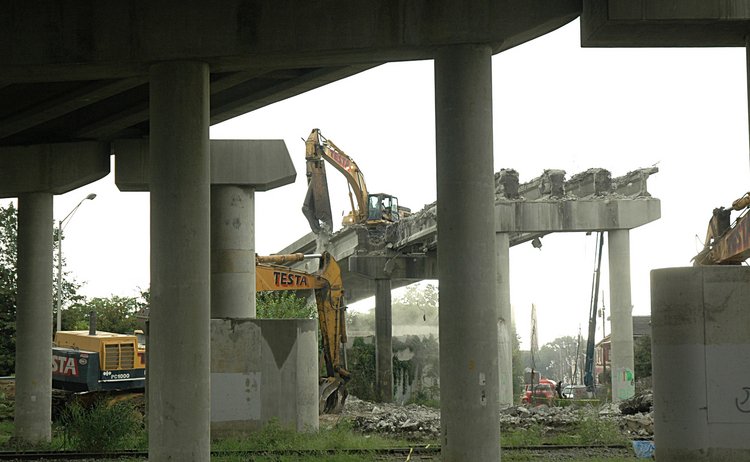 Back around 5pm - what a difference 10 hours makes;

Taking a bite over Meeting Street 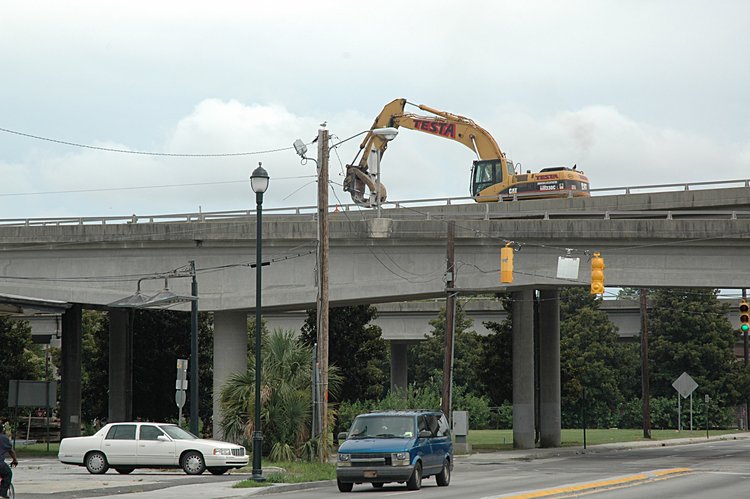 This used to be the beginning of the Pearman on ramp 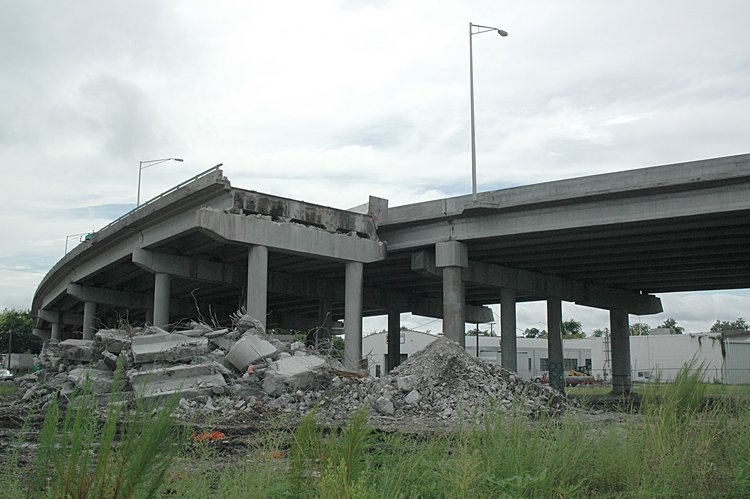 Well, this is what was the Pearman approach 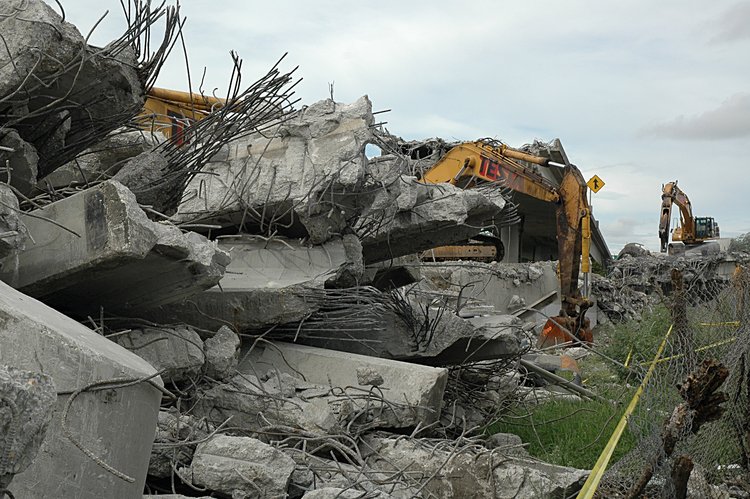 Straight out of Star Wars - the fight among mobile shearers 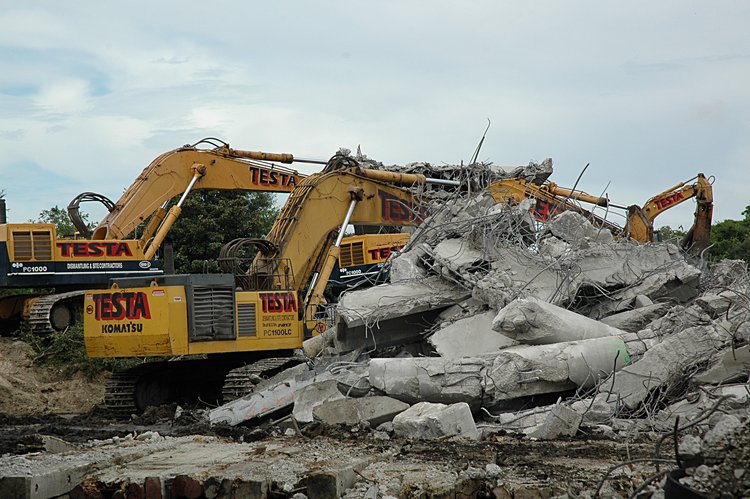