Home Meeting St East Bay Drum Island Mt. PLeasant Pearman Stories Grace Stories Implosions Enginnering Insights Stories of unbuilders Learning Links Bridge Video Bridge Blog Unbuilding Archive All Unbuilding Segments Building the Ravenel Bridge Photo Essays About me
August 12, 2005: Unbuilding the I25-Exit 221b overpass
What an adventure - to watch the unbuilding of the overpass. Here is a photo-description of removing an elevated section of highway. There were two challenges: how to take meaningful night photos and the understand the girder removal process. For the first, I must thank Stephen SetteDucati for some quick lessons in night photography.

The engineering challenge is how to remove the overpass girders without destroying the roadbed underneath. First the roadbed underneath the overpass is covered with a blanket made of old automobile tires - to absorb the shock associated with falling debris. In addition, I learned from tonight's adventure that there are two classes of machines are used: one with a hydraulic shear for cutting the concrete girders (including the embedded rebar) and the other, I believe is a hydraulic grapple for holding and stabilizing a girder while it is being cut with the shears. It also plays a role in picking up and transporting large chuncks of debris.

The overpass is supported by pairs of vertical columns (piers) with a cap on top. The space between caps is spanned by some sort of girder - steel or prestressed concrete. The roadbed is then built on top of the girder structure. To remove the overpass, it seems that you just reverse the process - roughly following this recipe:

Here is the overpass with side rails, supporting piers and caps - a before view 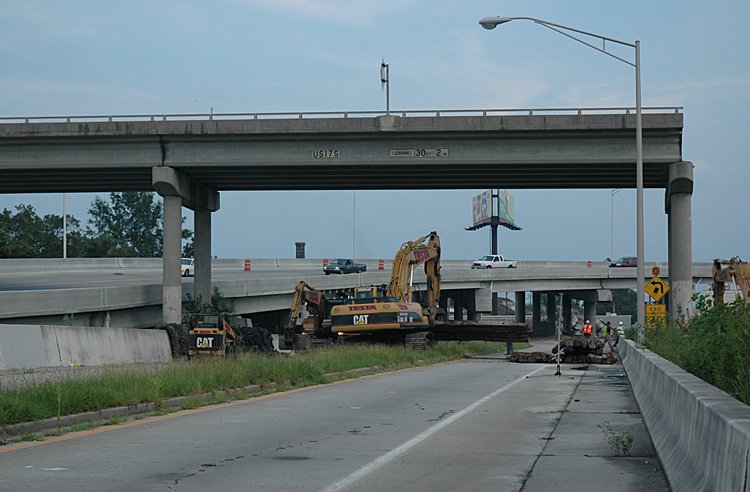 Removing a segement of the side aluminum rail 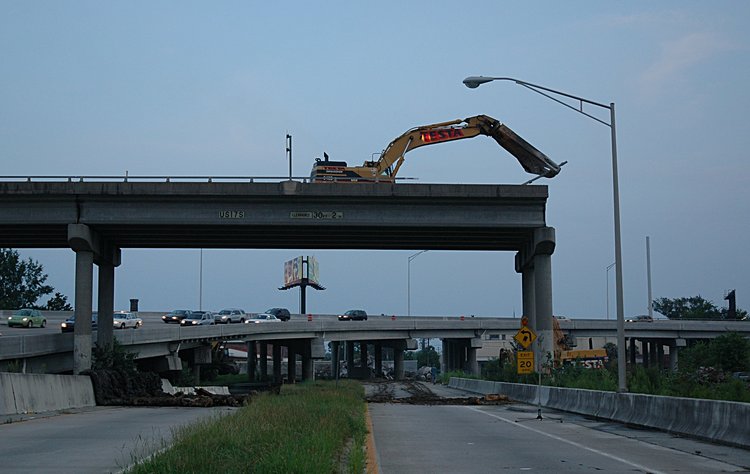 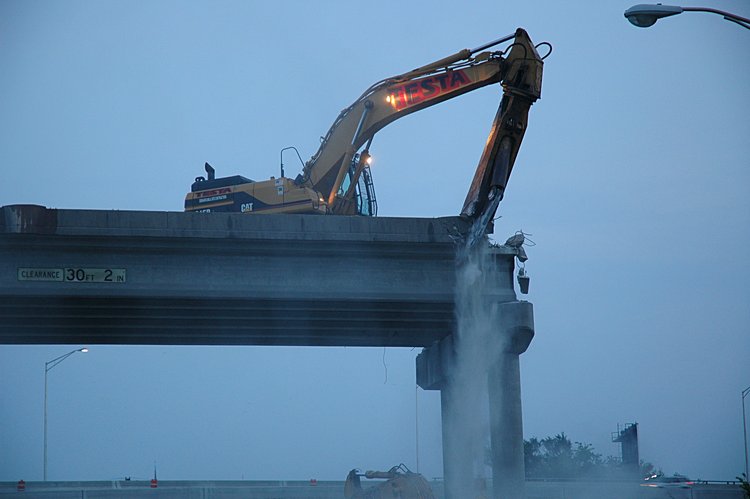 A larger chunk on the north side 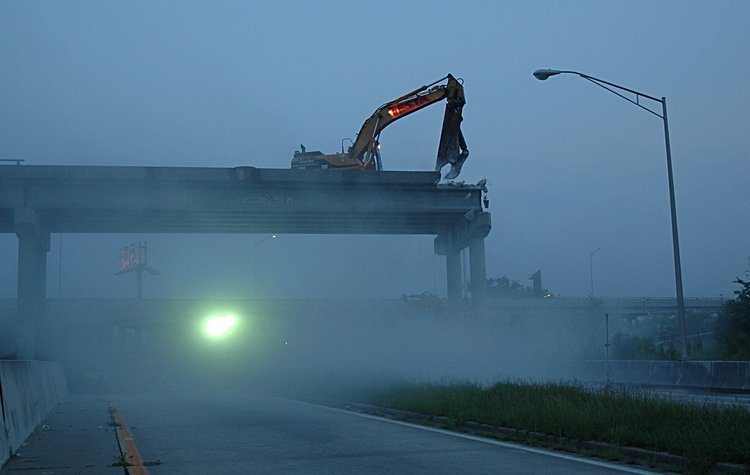 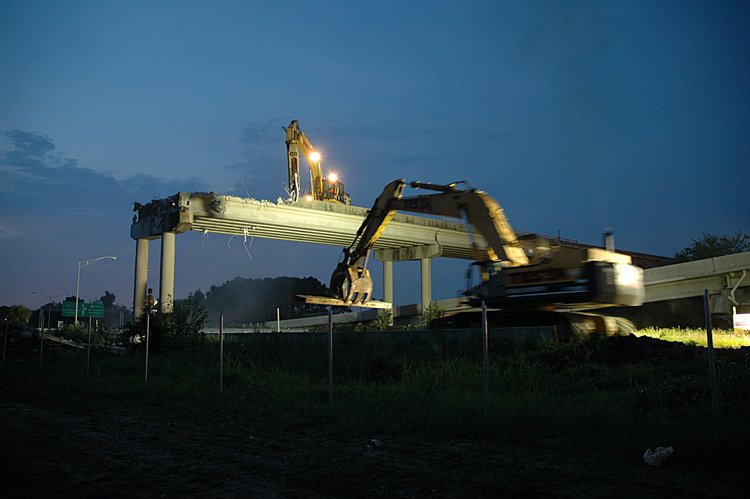 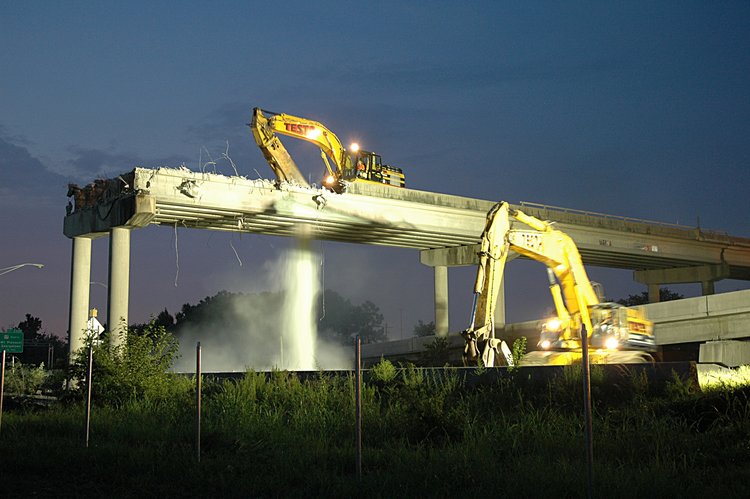 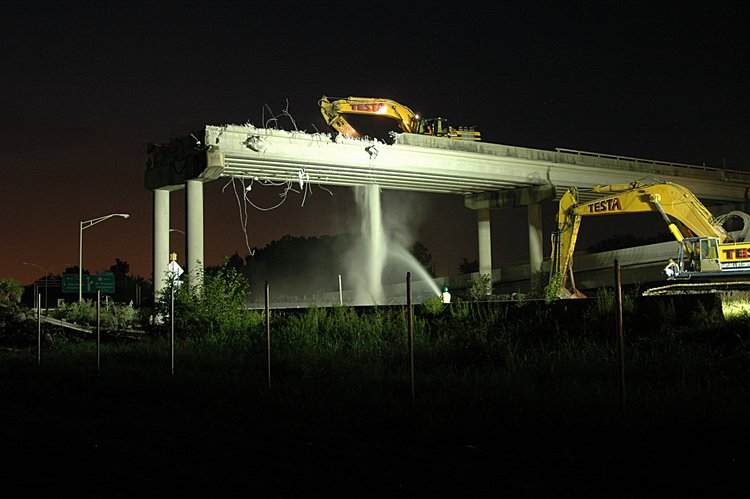 More punching through the floor between girders 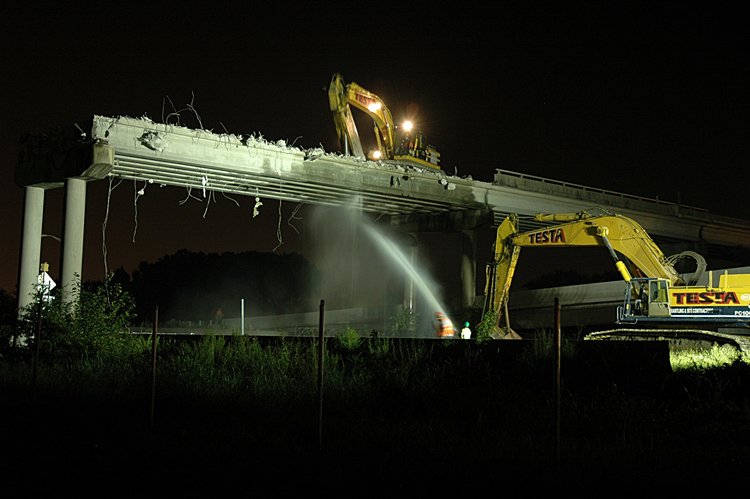 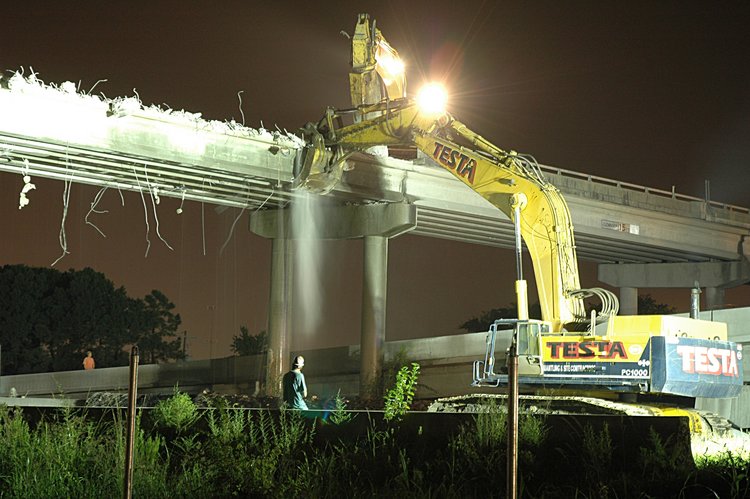 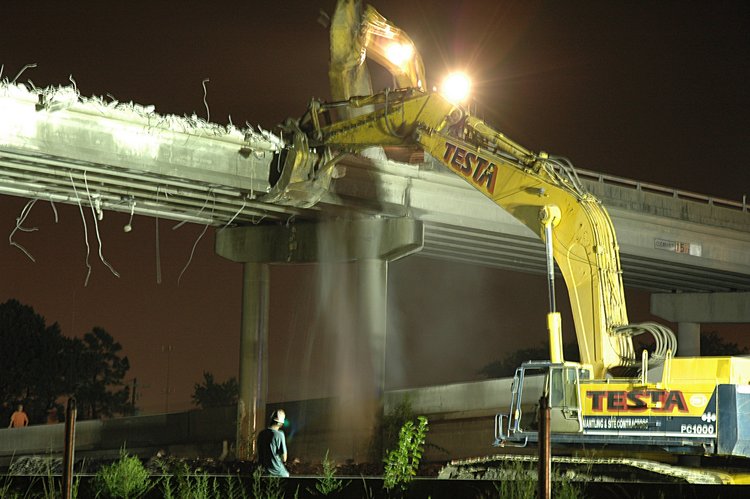 Then gently lowering the first girder 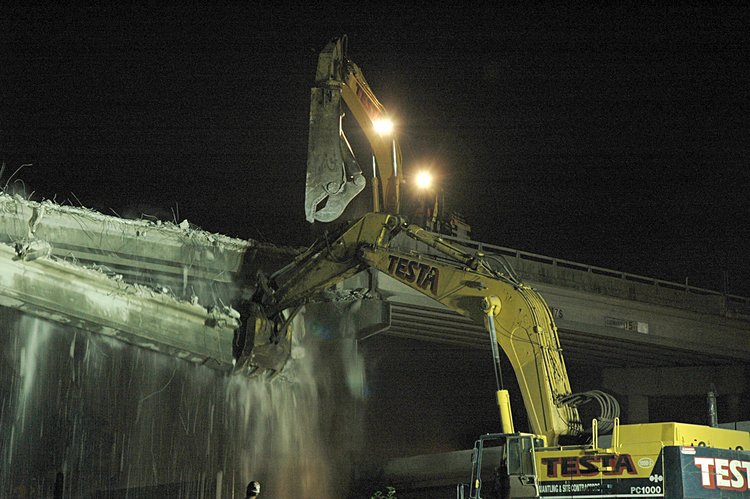 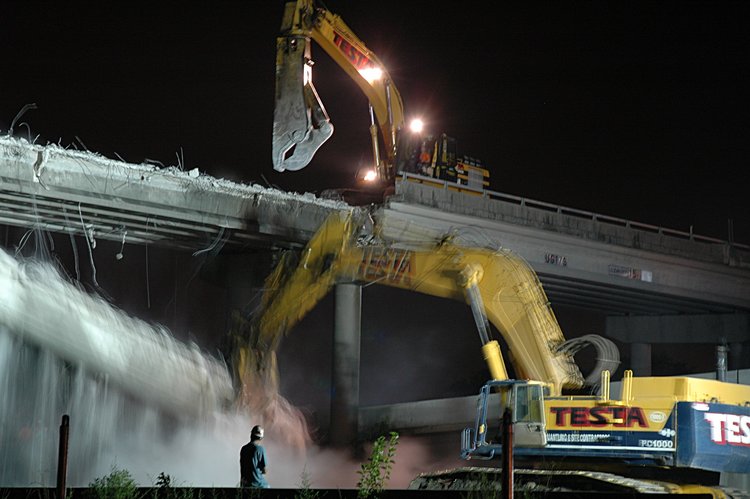 and a little cleanup action 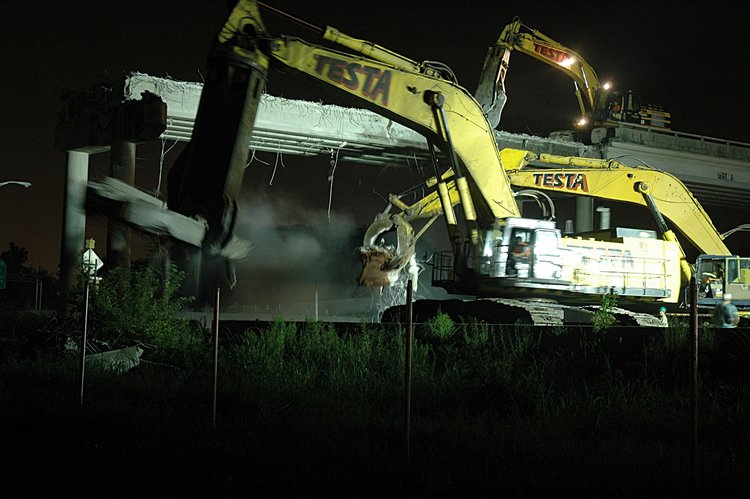 After some time (about 2 hours) removing the final girder:
continuing the hold and shear process 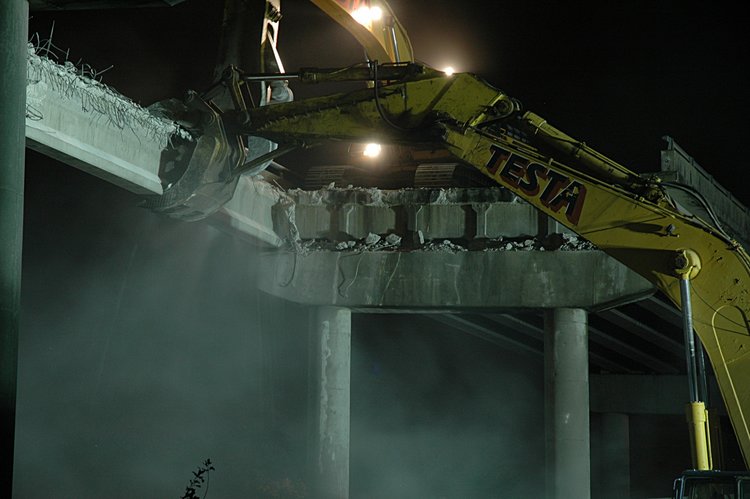 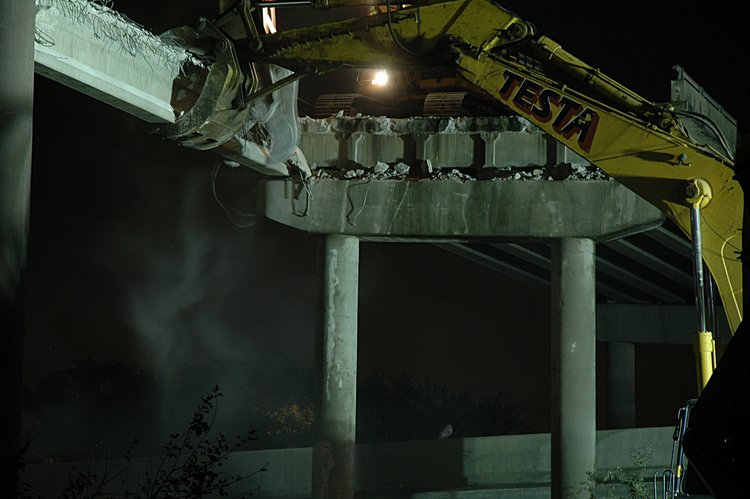 and the final bite 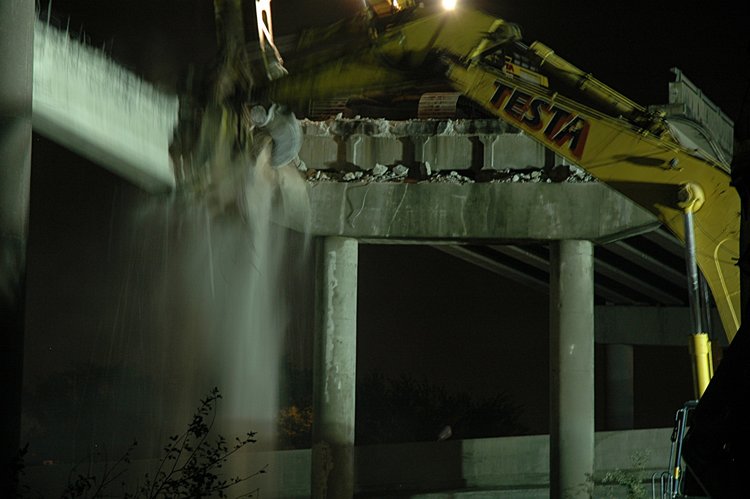 and gently lowering the girder 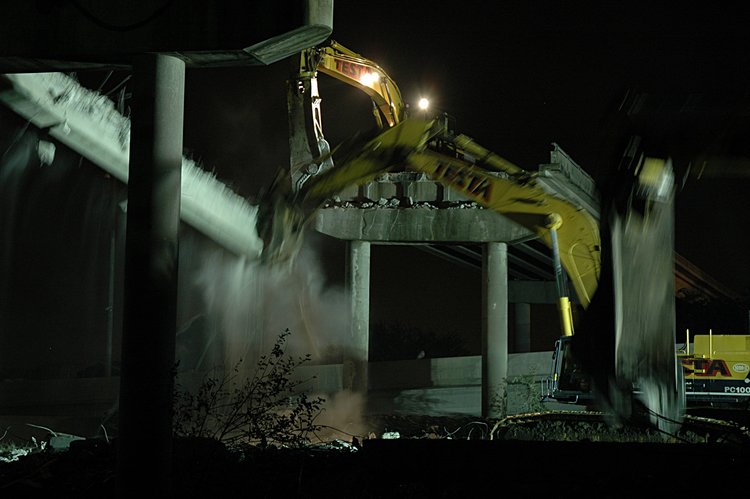 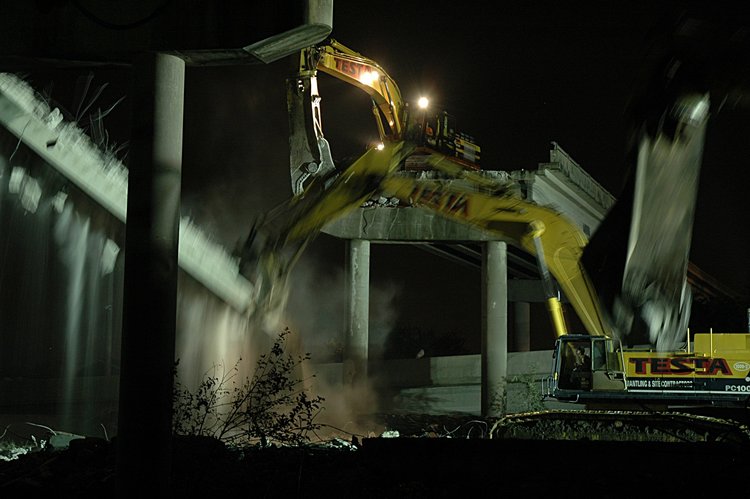 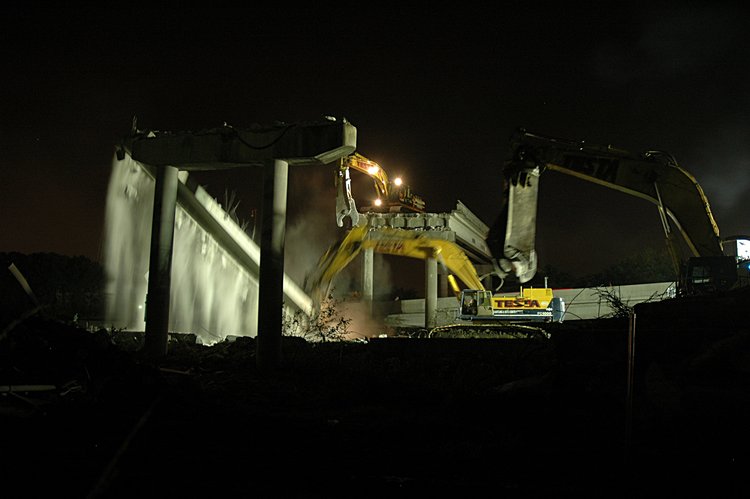 to a temporary resting place - where cleanup begins again 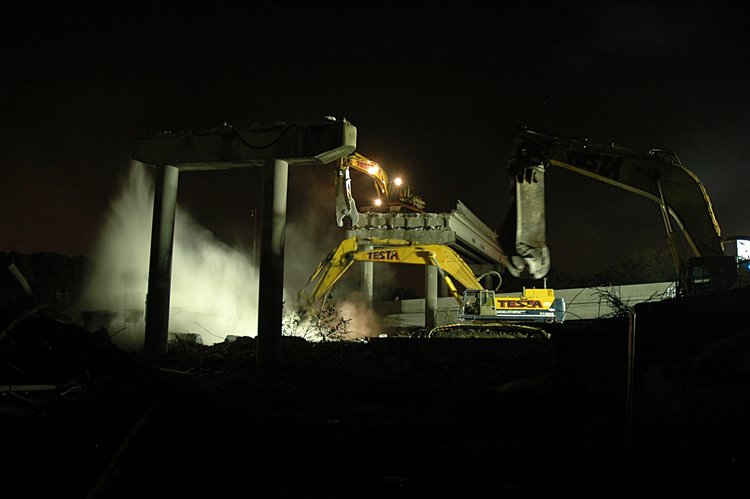 Now that all the girders have been removed, the last step is gently pushing the pair of piers and the cap over 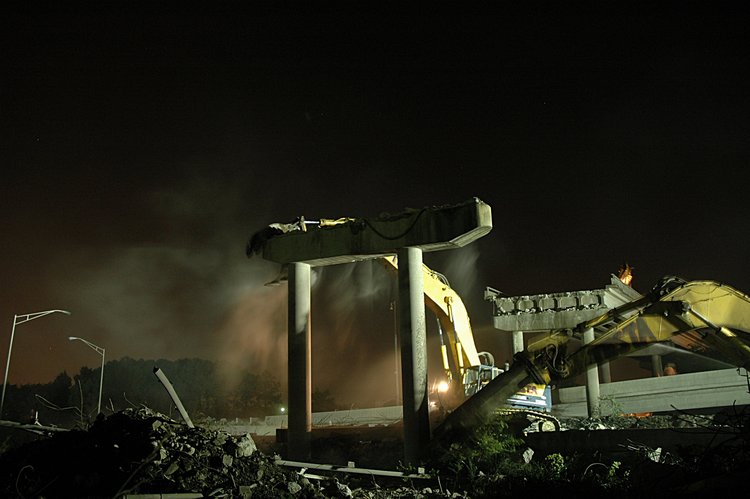 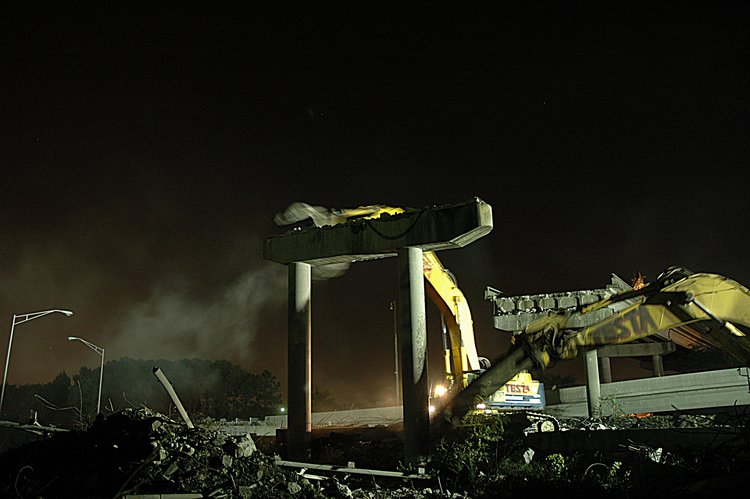 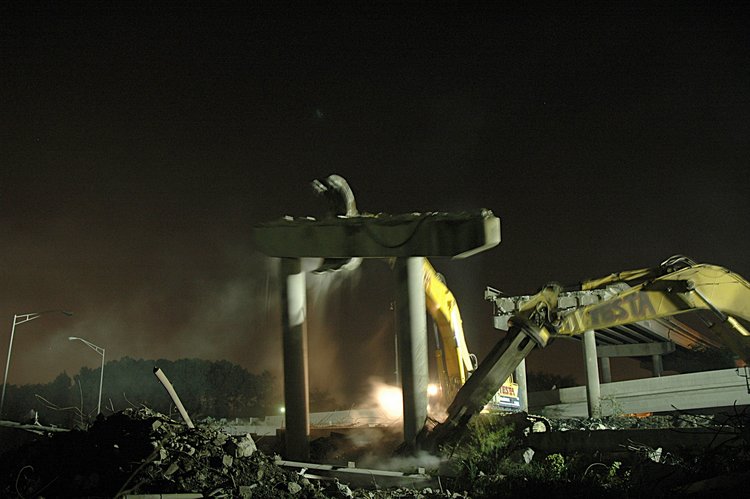 And then gravity does the rest of the work 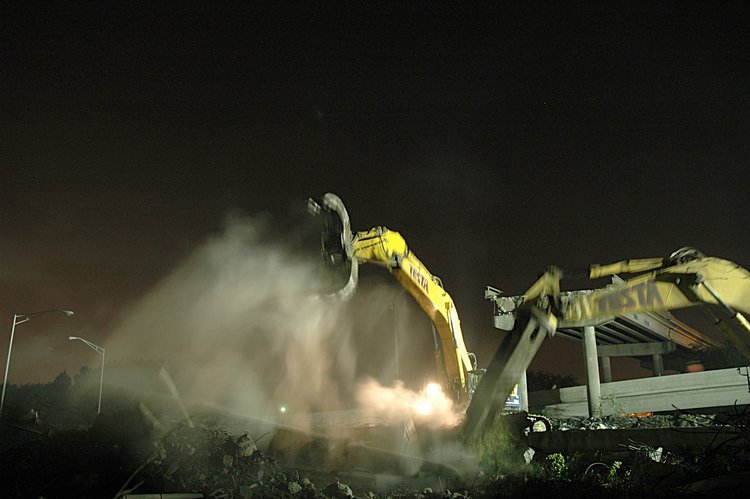 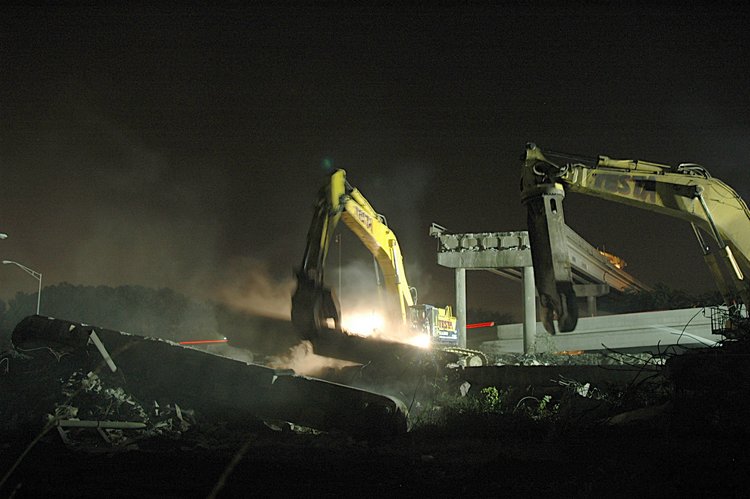 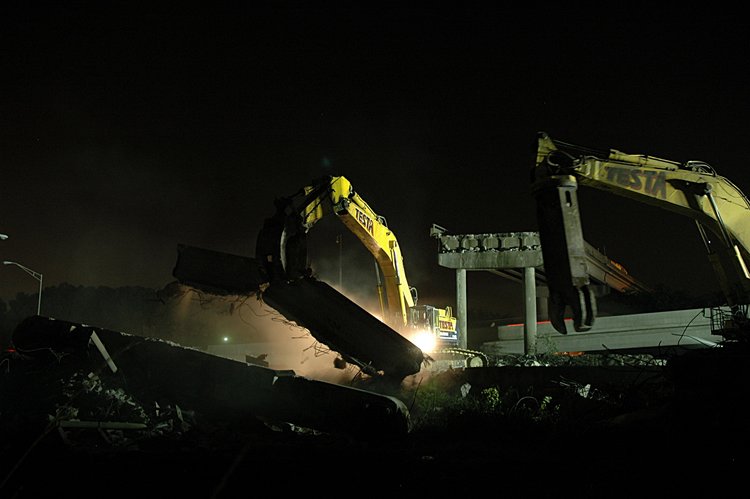 and I went home after admiring the clean interface between the next set of girders (spanning the I-26 on-ramp) and the supporting cap. 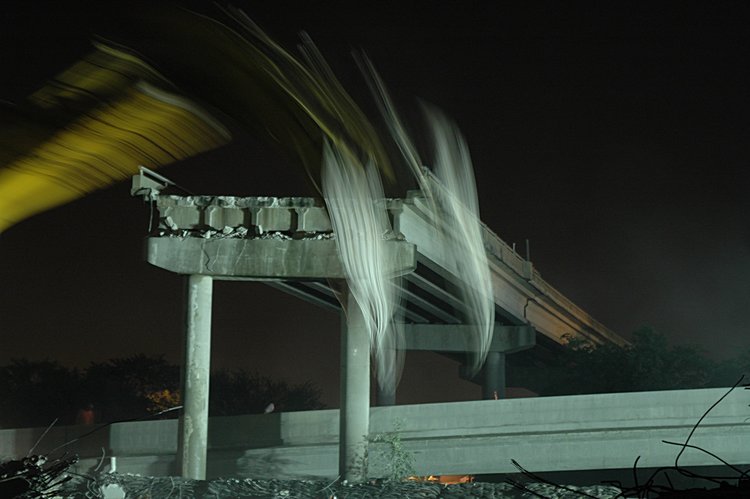