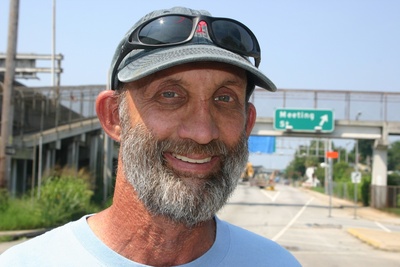 Sparky Witte has joined our team and here he is tracking the Meeting Street Overpass demolition. Gary Eaton took this photo and we met during the Ravenel Bridge construction. Gary caught Sparky - and here is the result. I like it!

Here is an initial view of the Meeting St. overpass (left) and a shear at work with a jet of water to reduce the dust (right). 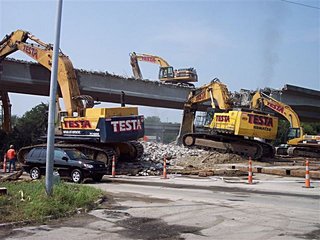 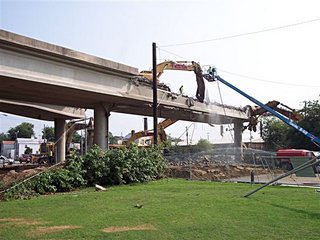 A good view of the shear, eating away at the edge girder (left) and more shearing and water action (right) 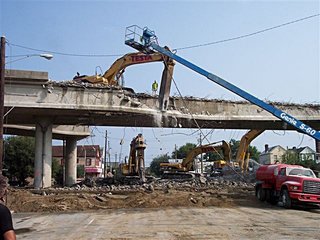 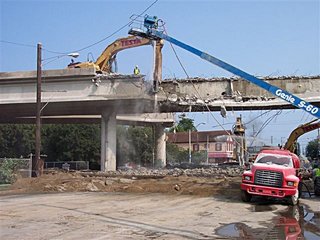 Here a grappble grabs the residual girder. Note the rubber tire blanket in the left foreground to protect the Meeting St. roadway (left) and continued shearing and using the grapple to stabilize (my speculation) the residual girder - and of course, more water for dust management (right) 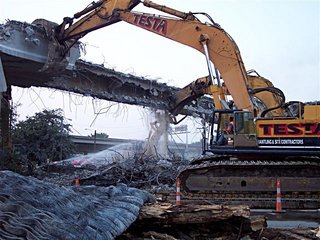 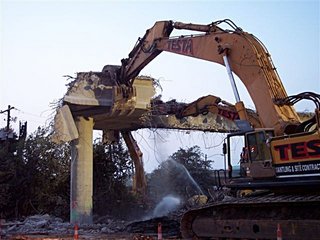 Now its about 8:30 pm, more shearing of the overpass girders 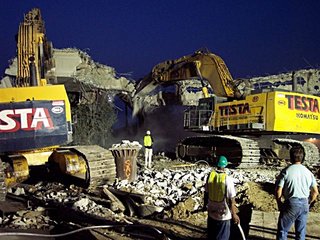 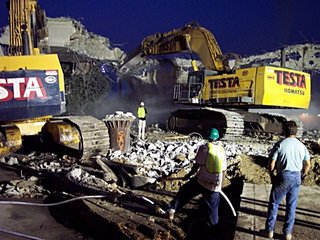 Gone is the central section of the Meeting St. overpass and continued biting off segments of the far girder (left). Again, note the rubber tire blankets protecting the Meeting St. roadway (right). 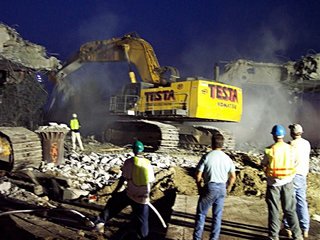 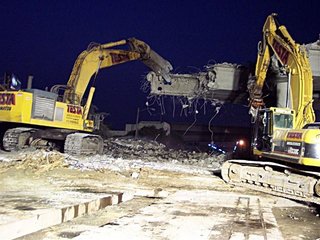