The Meeting St. overpasses have evaporated 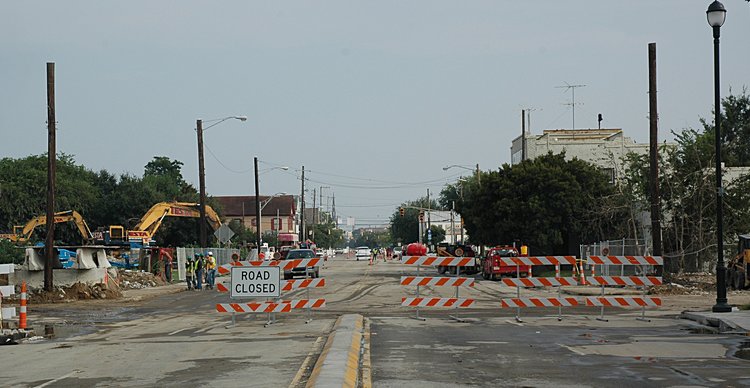 and cleanup is in full swing 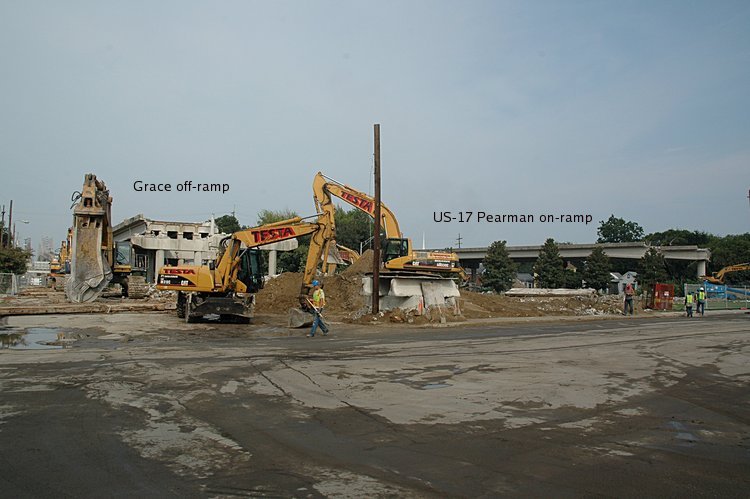 One of the more pleasant surprises of our learning experiment (these web pages) is to actually how the Internet flattens our world and brings folks together in new ways. In this case, Jack Foley, one of the large equipment operators, has an aunt, Donna (who lives in California), and a sister, Maura (who lives in Massachusetts). Yesterday they sent me email and wanted to know if I had met Jack. I did not think so, but it seems I thought that I encountered him without realizing who he was. Two days ago, while exploring progress on the Pearman bridge, I met Pio and someone. That someone turned out not to be Jack, but his friend, Michael Hebb (left). Donna and Maura asked for me to say "hi" to Jack - so what to do? Today when I was exploring the progress on Meeting St. I found Pio and asked if he knew where Jack was. Turns out that Jack was with him. Here is the photo on the Pearman two days ago (left where I mixed up Jackie and Michael) and here they are today (right) at the Meeting St. site. Our Internet world really is small and brings folks together in surprising ways. A postscript - Tina Hebb's son actually discovered my mistake in identify. For the record, Michael wears solid black sun glasses and Jackie wears mirrored glasses. Isn't the Internet fantastic? So you check out the sun glasses and figure this puzzle out! 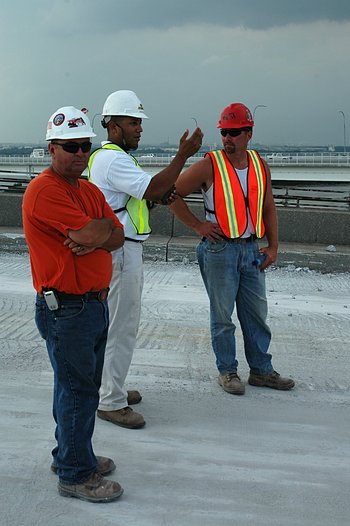 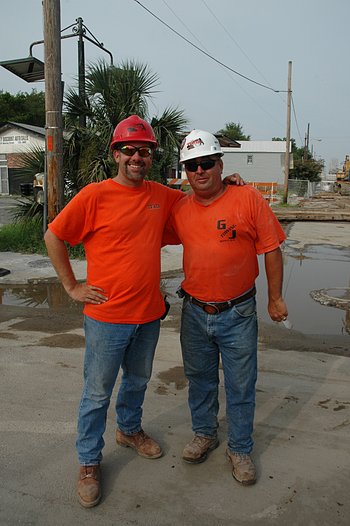 The Meeting St work is almost complete. A fence has been places to separate the sidewalk from the work area. Here you can see the what is left of the Grace off ramp. Meeting St. is about ready to reopen 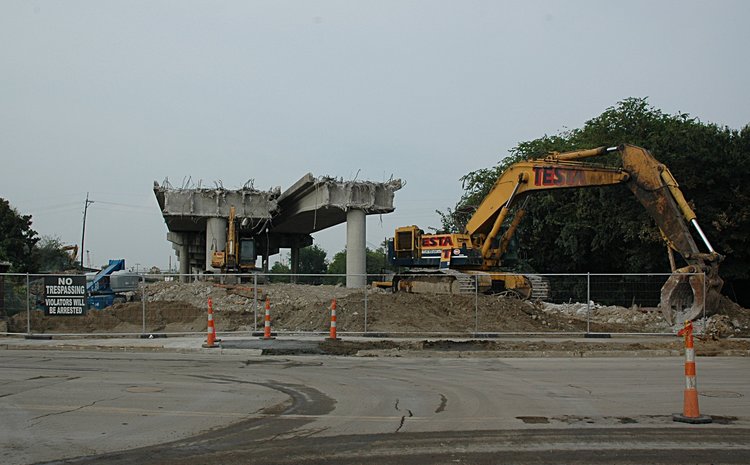 with cleanup in full swing 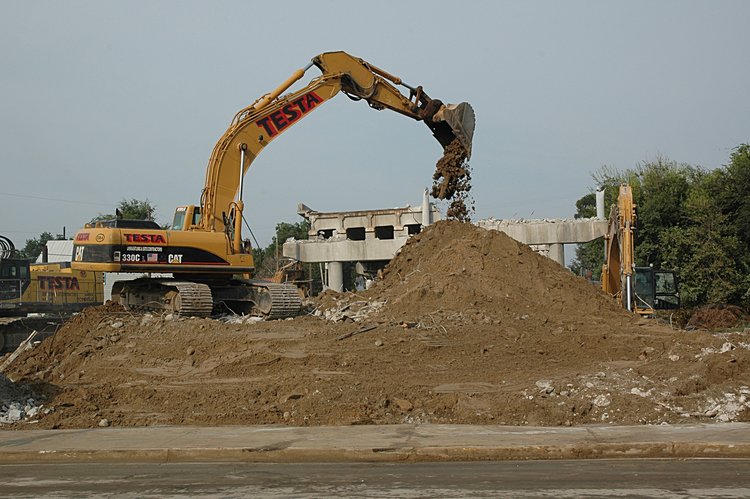 Here is the Meeting St work site viewed from the Pearman bridge on-ramp. In another day or so - the area will be restored and will provide new light for the neighborhood. 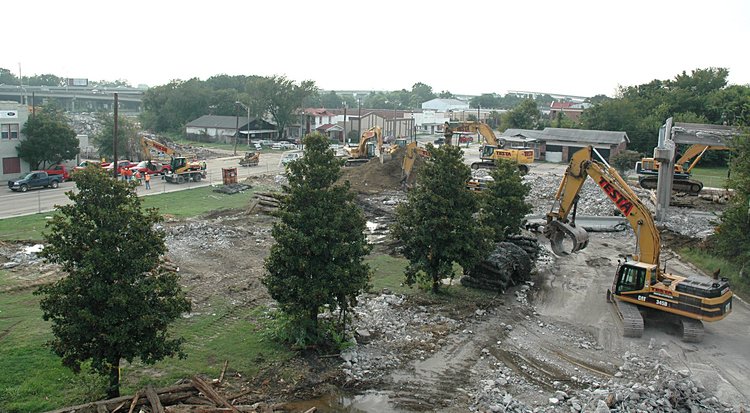 and a closer view. Gone are the overpasses in exchange for new light in the neighborhood. 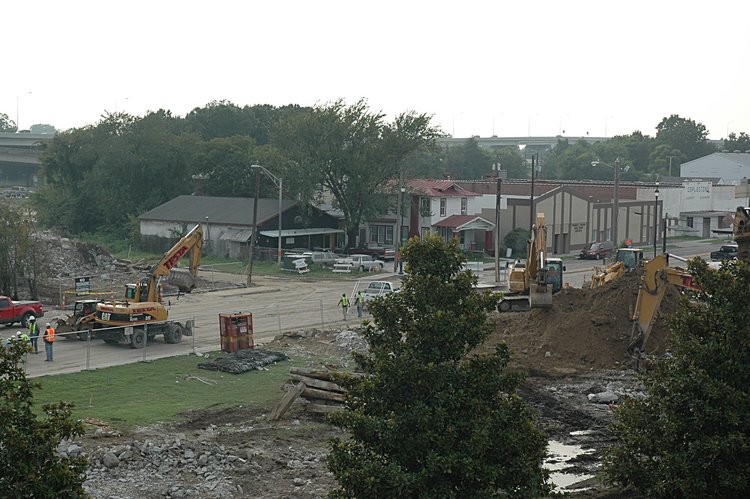 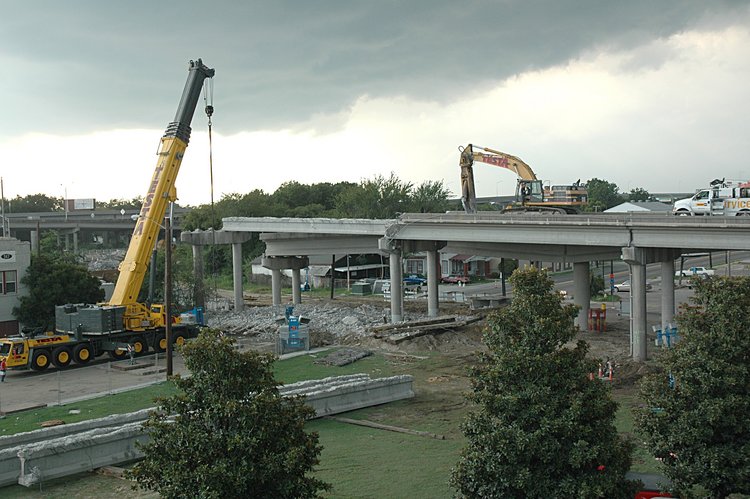 Walking back, I am reminded again, of my early Sunday bicycle rides over the Pearman Bridge. Along the way I stopped and took a series of photos to track the progress with the Ravenel Bridge. These photos formed the basis of close-ups and engineering details photo essays. Looking east - the roadway is empty with only the signs reminding me of my earlier adventures on the Pearman Bridge. 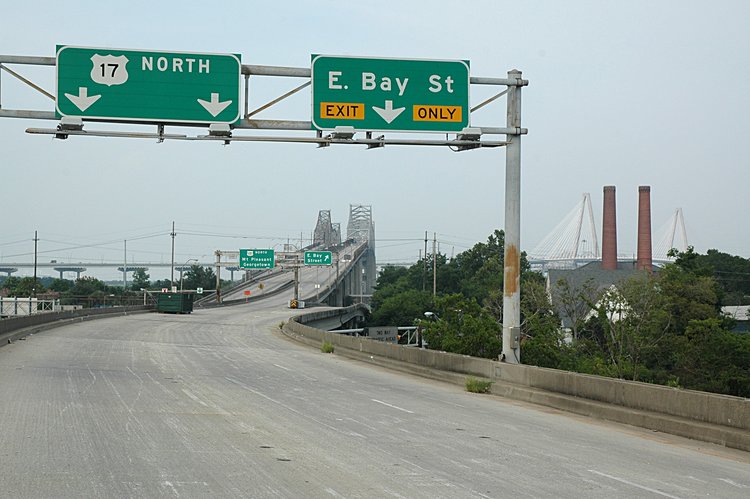 and looking east, here is the what remains of the Pearman on-ramp and the Grace off-ramp. 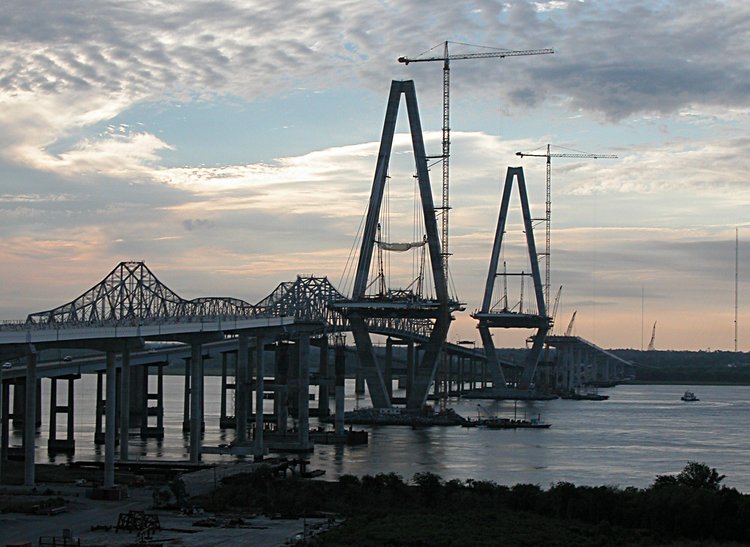 Continuing walking down the off ramp, you can see the progress in removing the ramp structures - working their way toward LaSalle and East Bay. 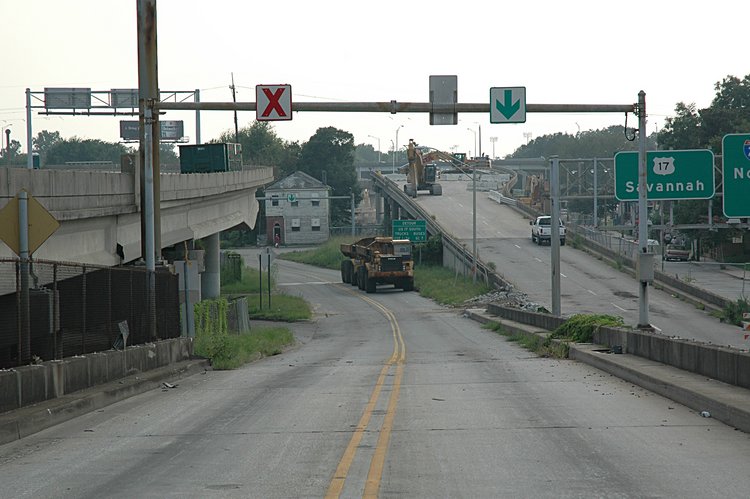