This is what remains of the beginning of Coleman Blvd. 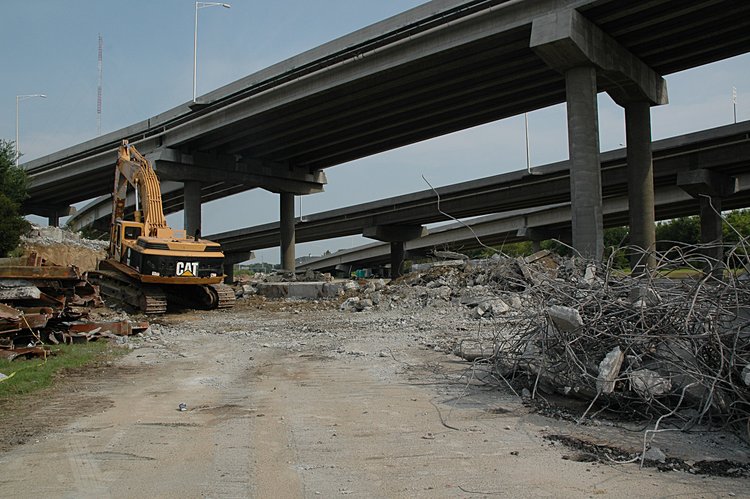 This is one of the big mysteries for me. Testa takes the reinforced concrete chunks and somehow extracts that rebar from the concrete. As I understand it, this is in preparation for recycling - the rebar goes to a steel mill while the concrete goes somewhere? Anyone with insights into the process of separating these components.? (Aug 24, 2005 - Bill Callanan has provided a great description of the separation process). 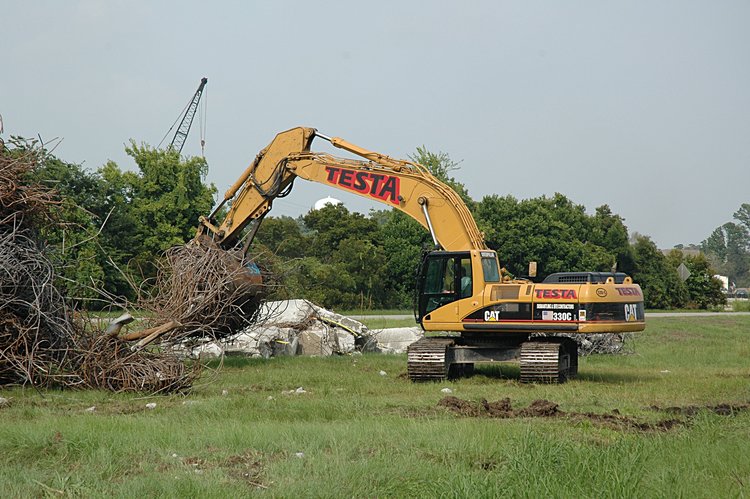 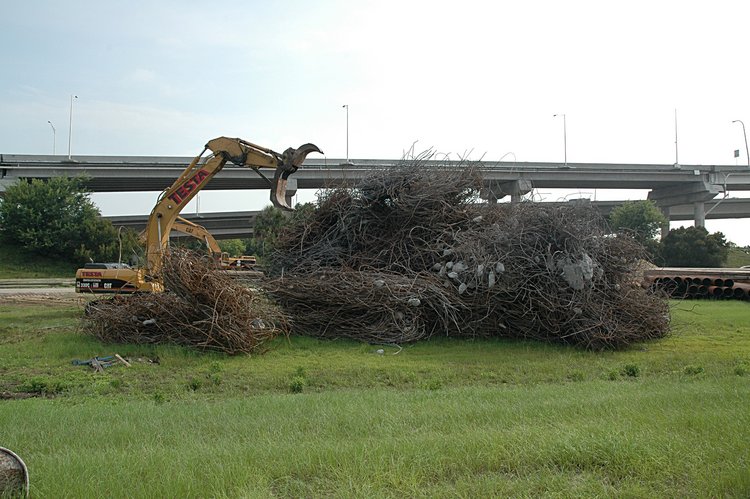 Looking west at the Pearman worksite - an array of dental tools for penetrating the roadway and removing the concrete - all in preparation to remove the supporting steel beam structure. 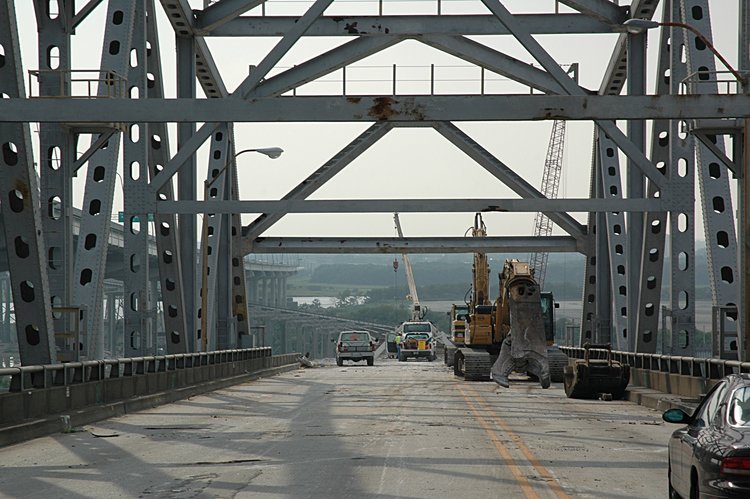 The dental jackhammers used for punching through the road segements between the I-beams - the first step in cleaning I-beams. To me, to wipe the tops of the I-beams of the concrete roadbed with their instruments requires a skill that is difficult to imagine. 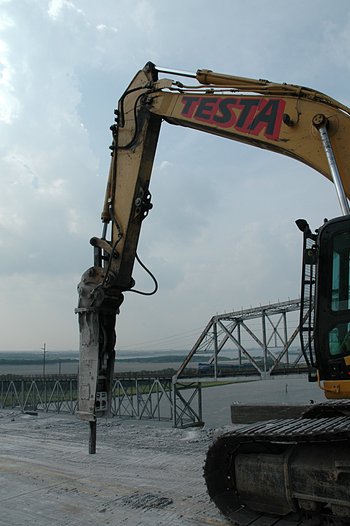 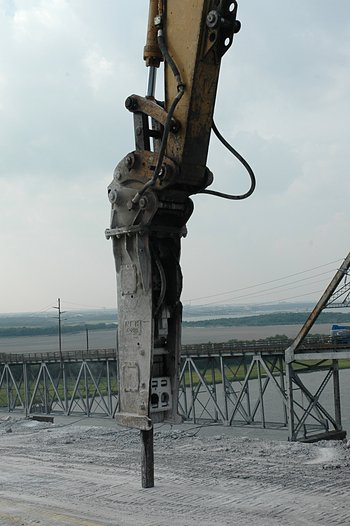 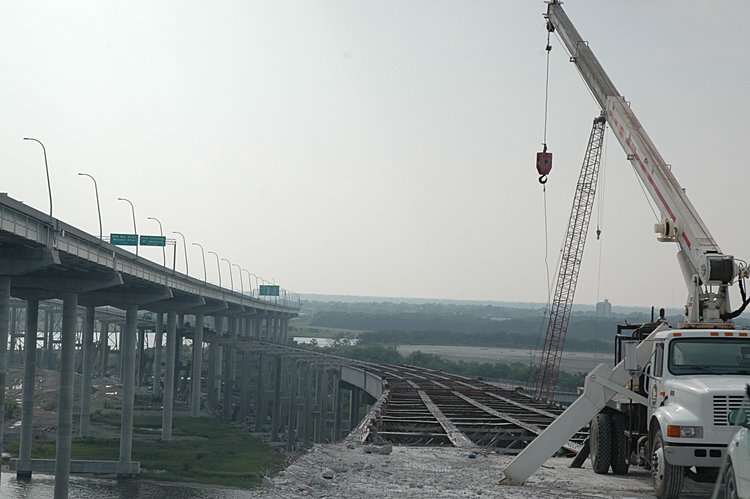 A closer viewe of the cleaned internal I-beam structure. 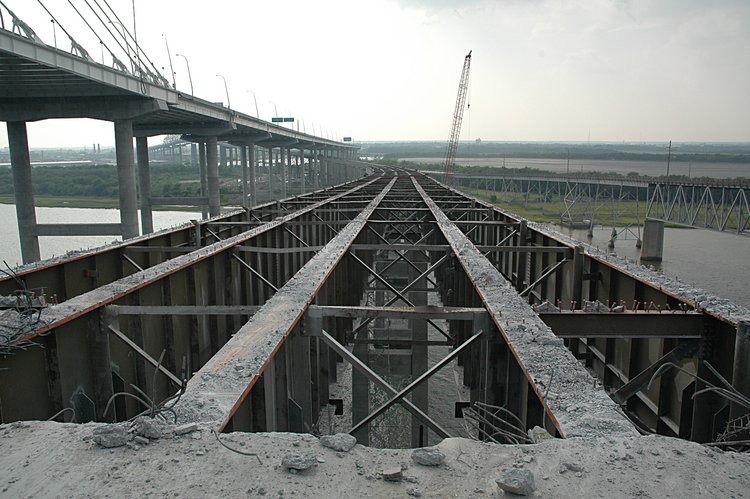 looking east at the Pearman superstructure. The superstructure is composed of 3 components: 1 cantilevered from each supporting concrete pier and then a central unit that is pinned to the cantilevered components. For removal, the points of pinning will be disrupted so that the central section can crop into the ship channel. Cranes will be used to life the dropped segment and place it on waiting barges for a final trip to somewhere. 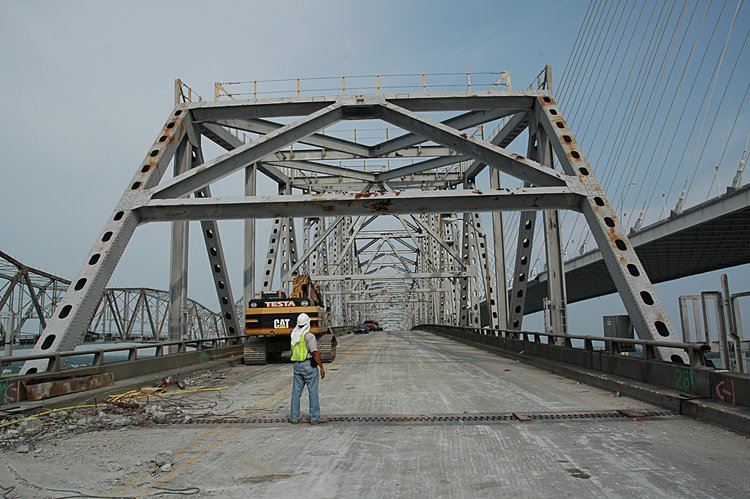