For orientation: click to see the unbuilding site. The three towers on the right with the swimming pool is our home in Singapore. To the left of the tower to the left of our pool are the two HDB blocks. The nearer one is currently under unbuilding. The one to the left is being prepared. To the right of our apartment complex are the MRT tracks (above ground subway here) with the MRT station near the top right of the map.

Its Saturday morning about 7:45 and the guys are waking up across the street. Here is the worksite this morning. I was home most of the day working on an editorial for a cardiology journal, so today I was able to follow the work until dinner time.

Here is the worksite 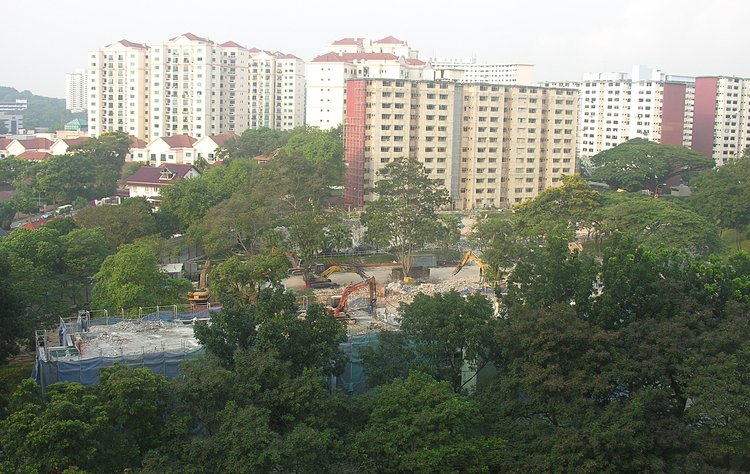 This is where most of the action is today. This region is the ground floor of the building. Over the day, the excavators will transplant this region to somewhere and work down to the foundation 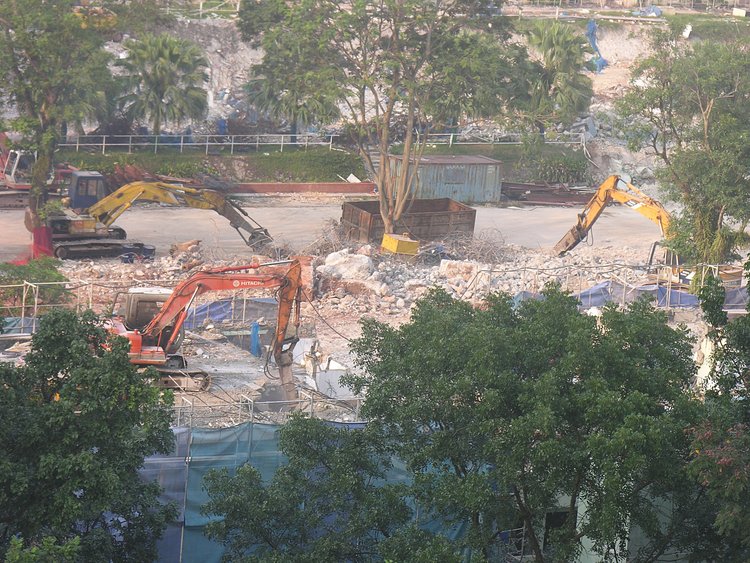 Here is Michael's hammer working on punching through the ground floor 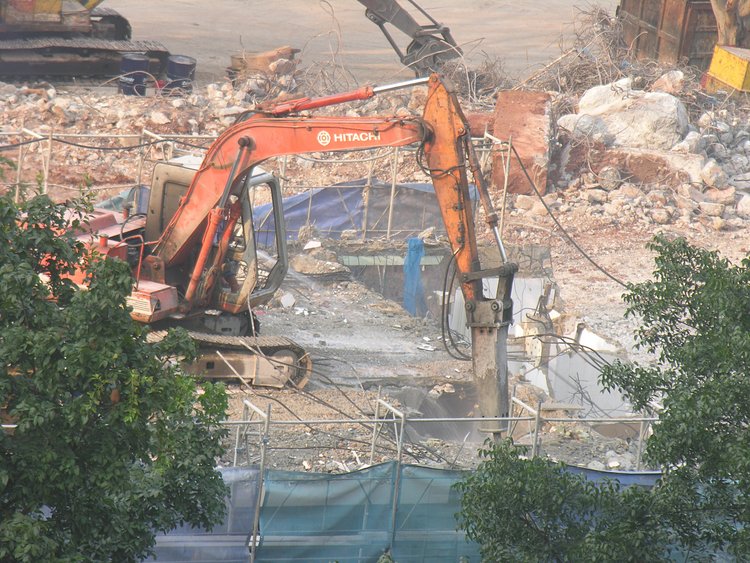 Now its 11:25 am and most of the floor in the center region is gone 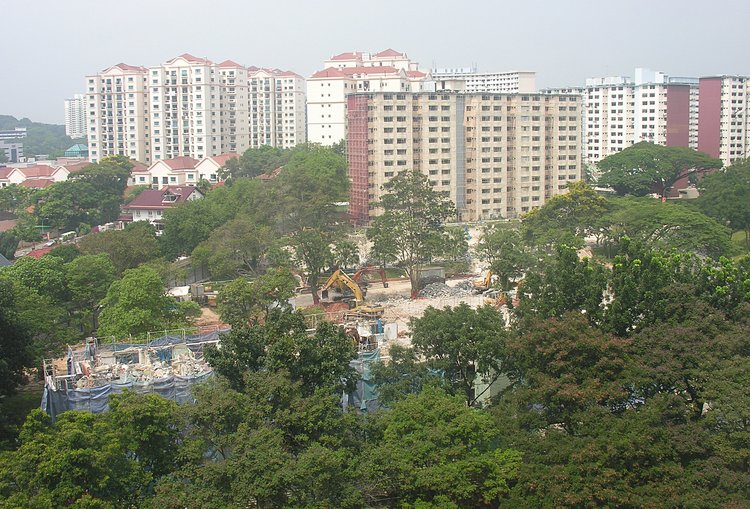 To the left - not much action 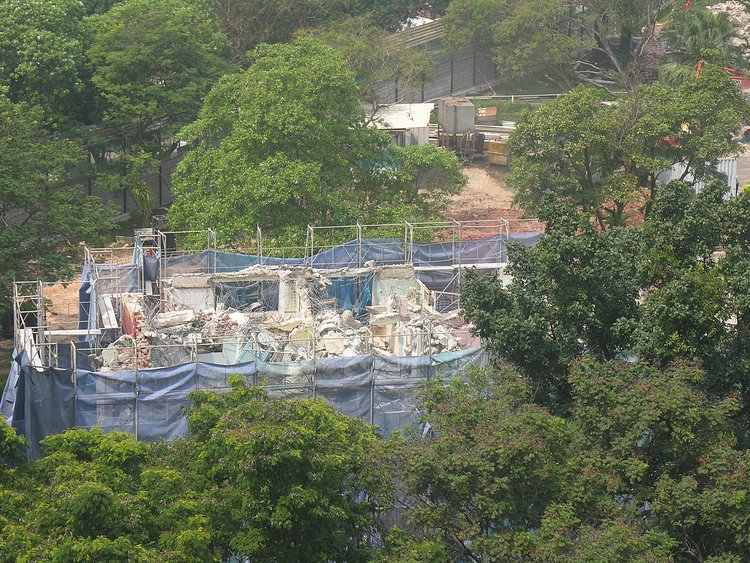 In the center, you can see a few basement wall sections still in place 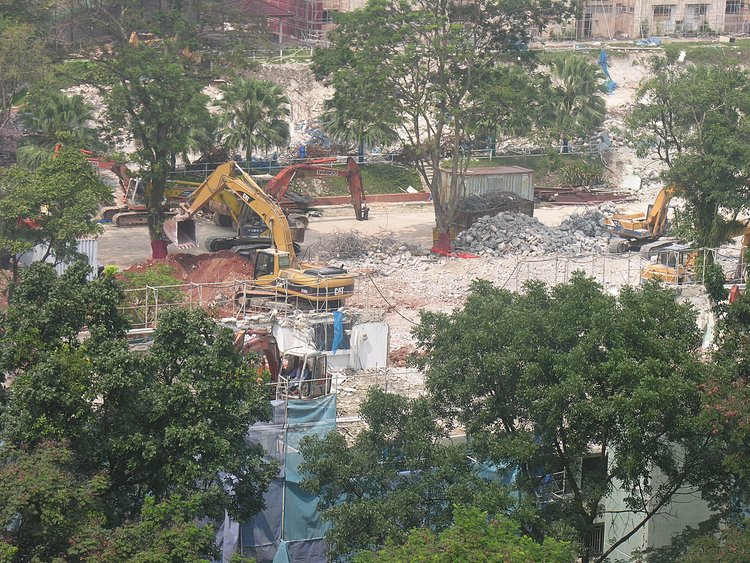 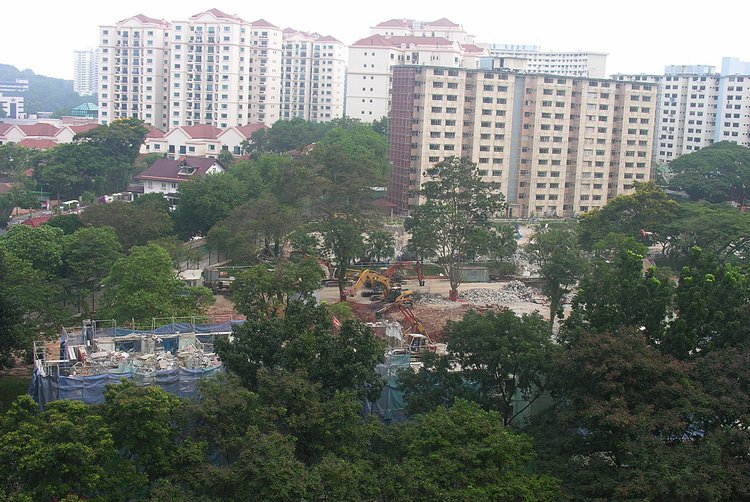 Most of the action is in the center, taking down the basement walls 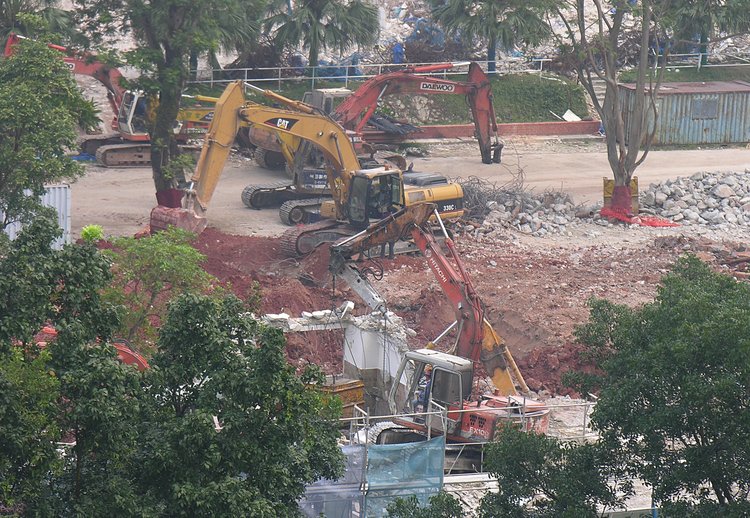 And Michael's hammer - in a sort of reverse position 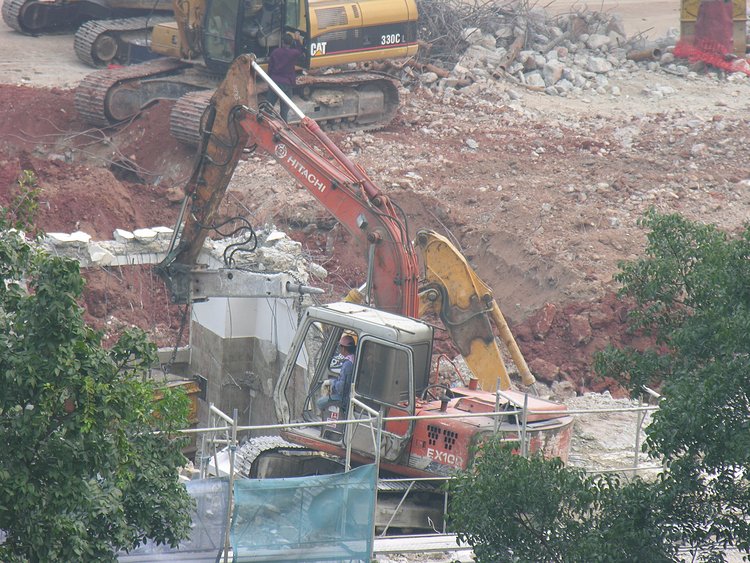 Working on unbuilding the basement walls 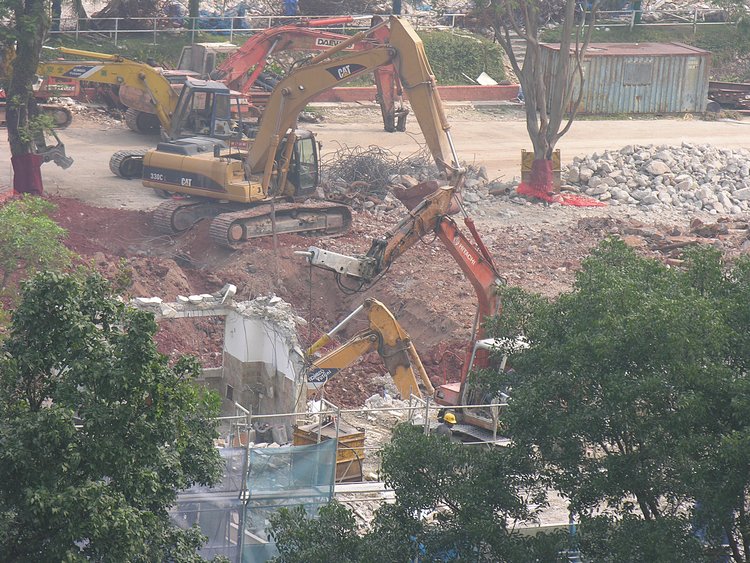 A closer view. The grapple in the back is digging around the foundation while the hammers are working on the walls 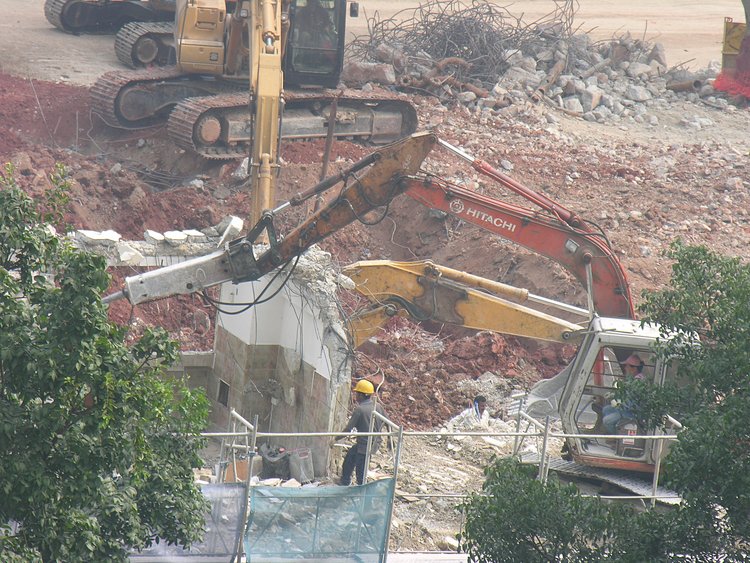 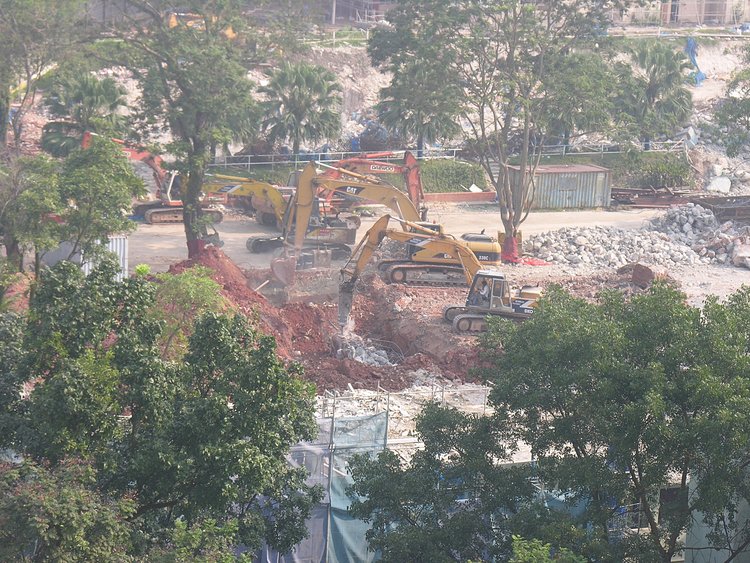 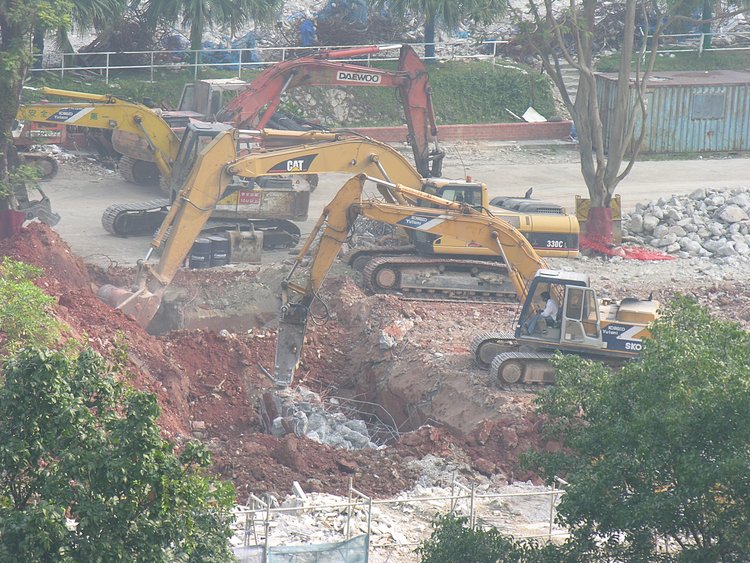 And the result of a day's unbuilding 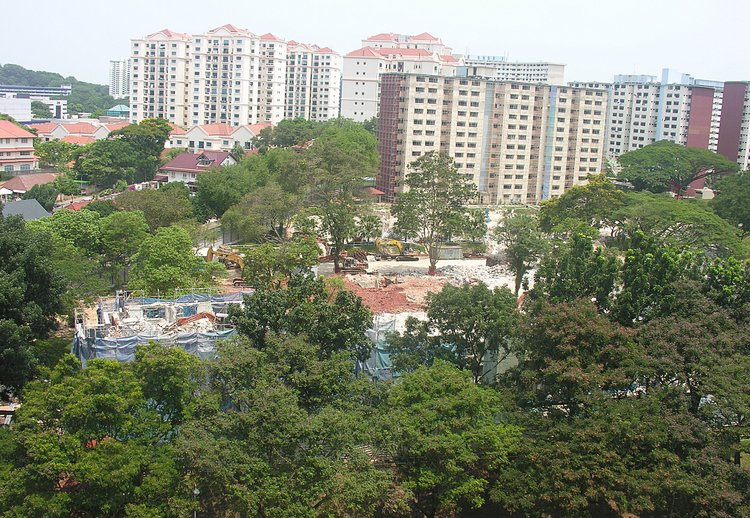