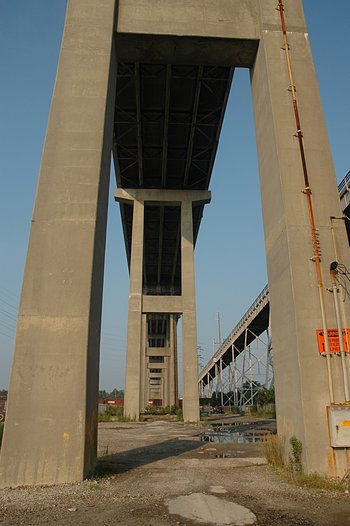 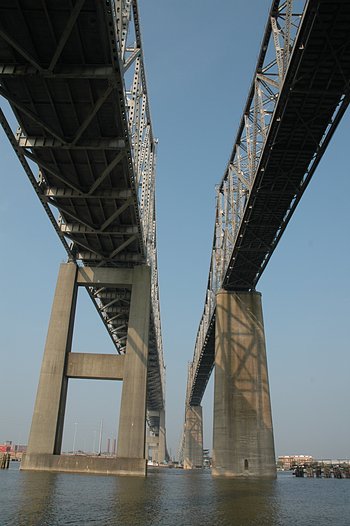 The Testa guys are building a sort of Charleston Stonehenge 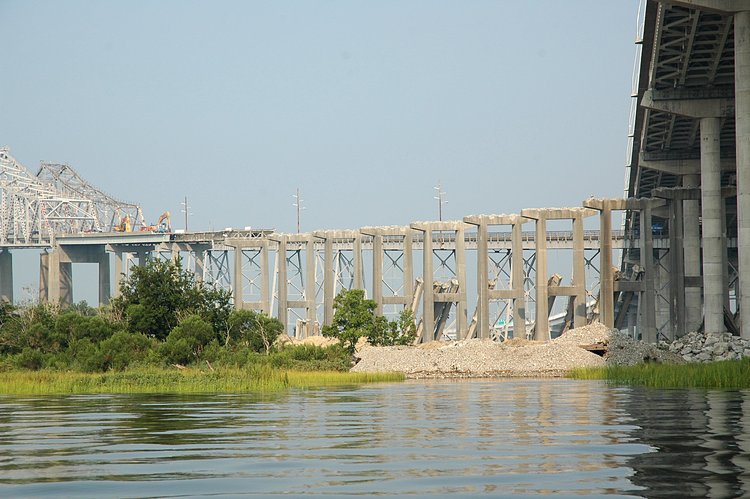 Reflections of our Charleston Stonehenge 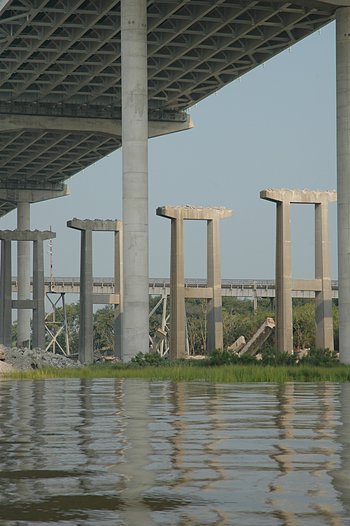 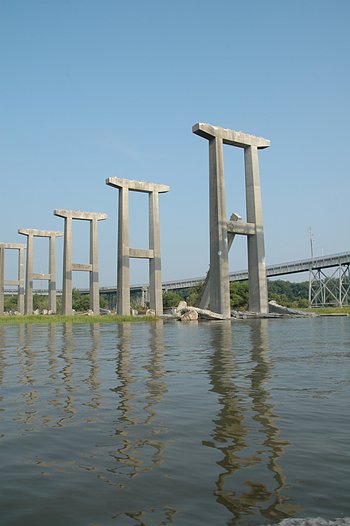 When the water is calm and reflections are only slightly disturbed - well, as the Visa add says: "priceless" 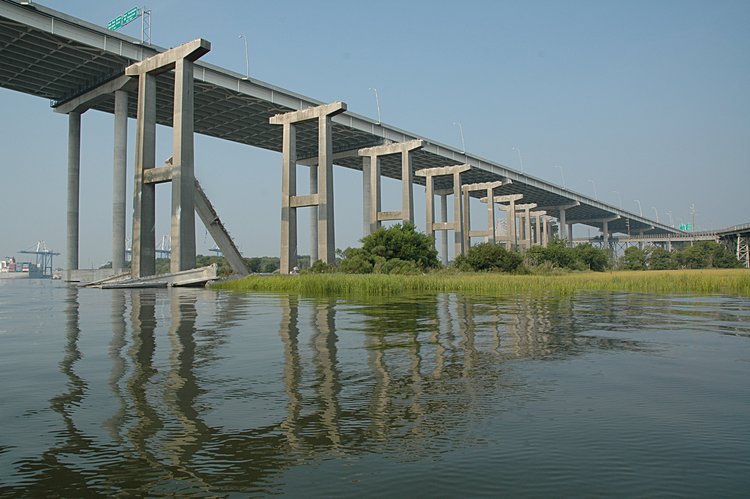 Sparky has captured more of the flavor of our Stonehenge 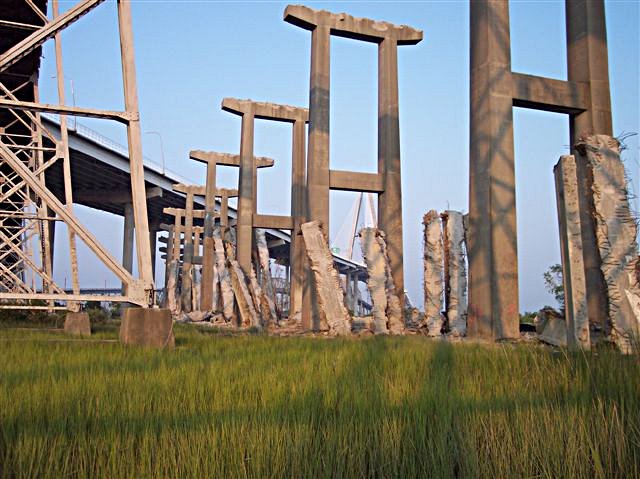 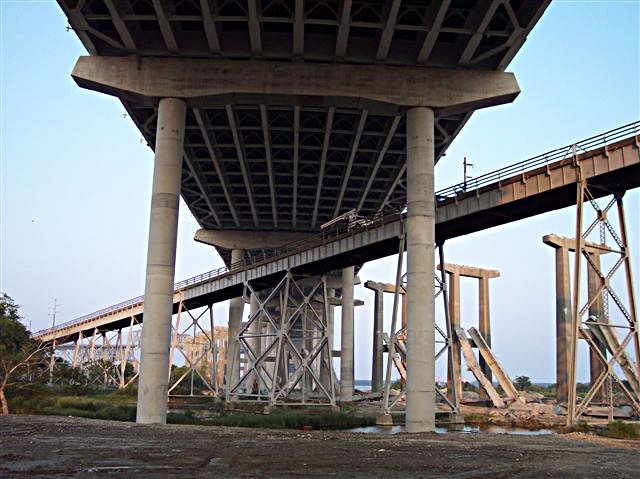 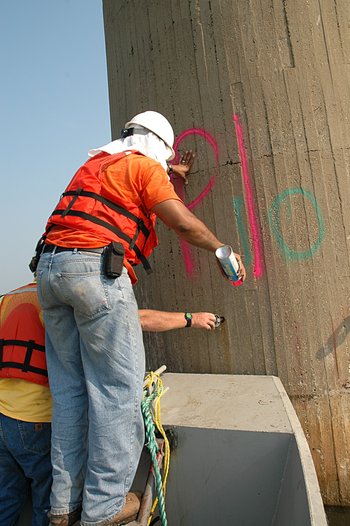 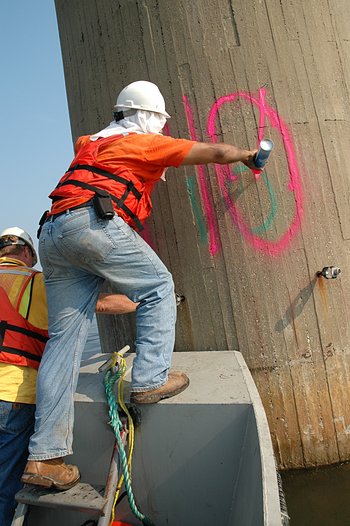 PBC continues a bit of finish work - here, increasing the size of the rock island surrounding the east pylon 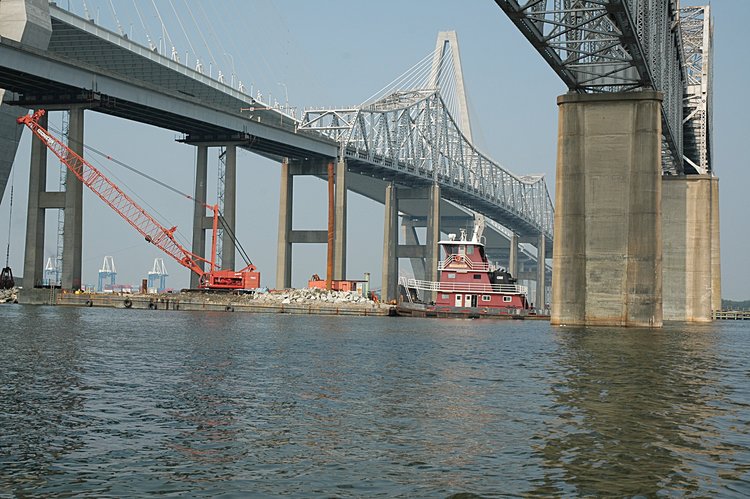 And cargo ships continue to pass along the shipping channel 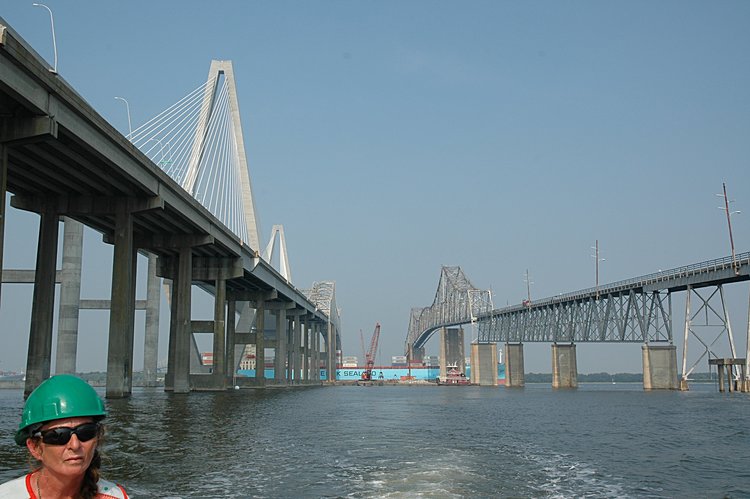 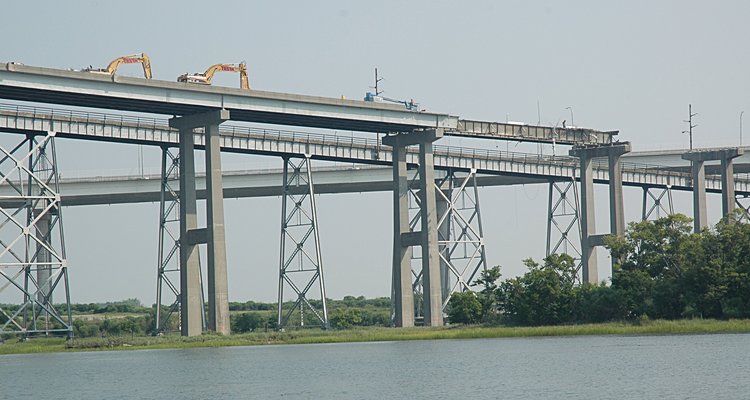 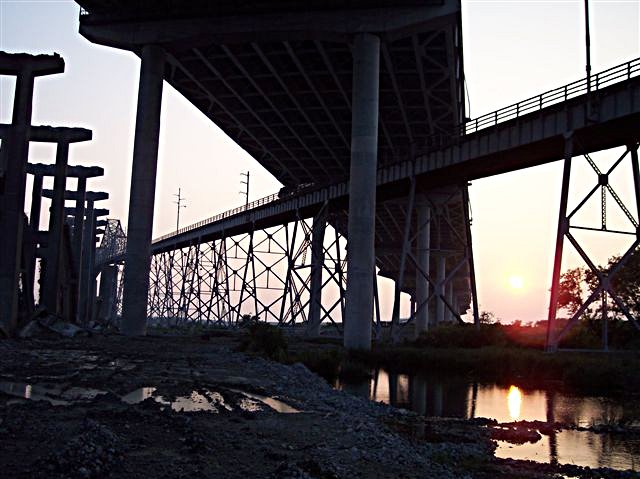 and sunset over the Cooper River. 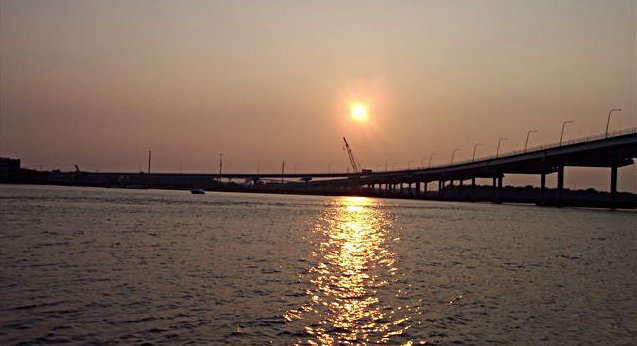