Looking up the Grace - US 17 on ramp - almost all removed 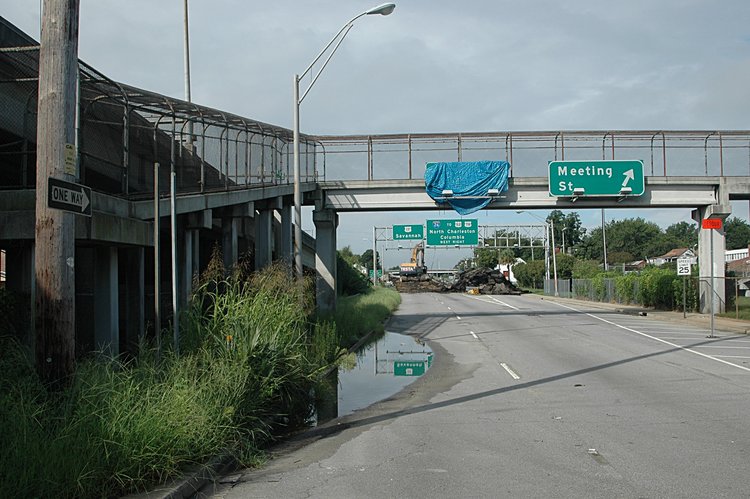 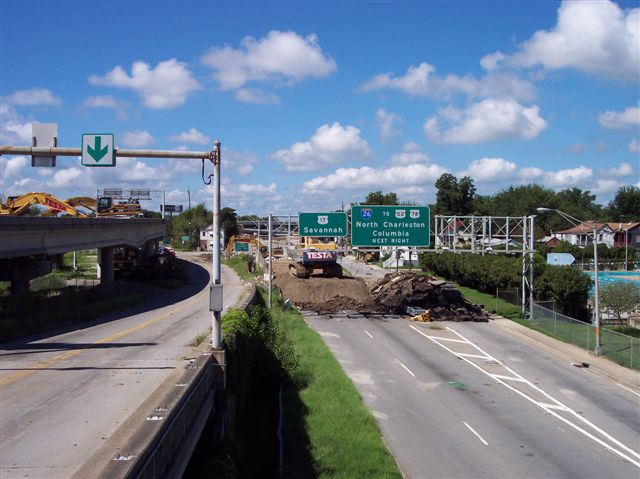 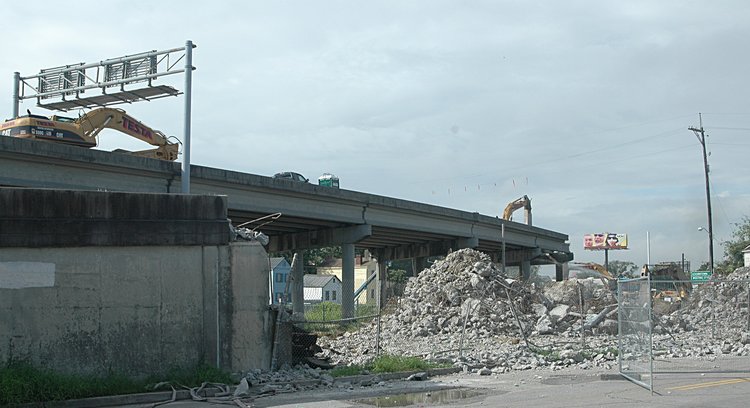 Pre-op preparations of the Nassau St Overpass - soon to go 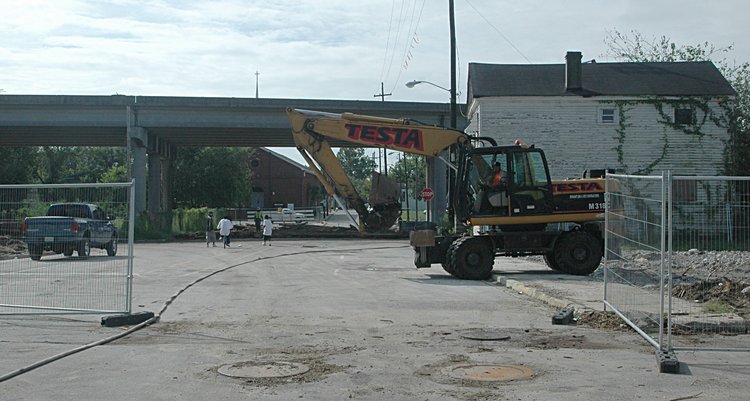 On Sunday, the Nassau overpass is mostly girders now (from Sparky) 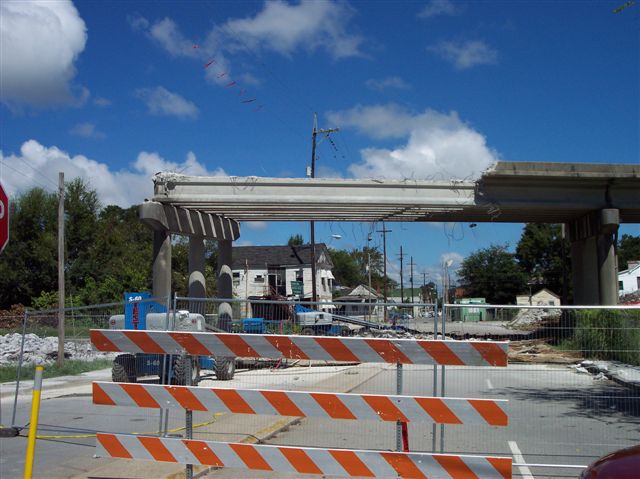 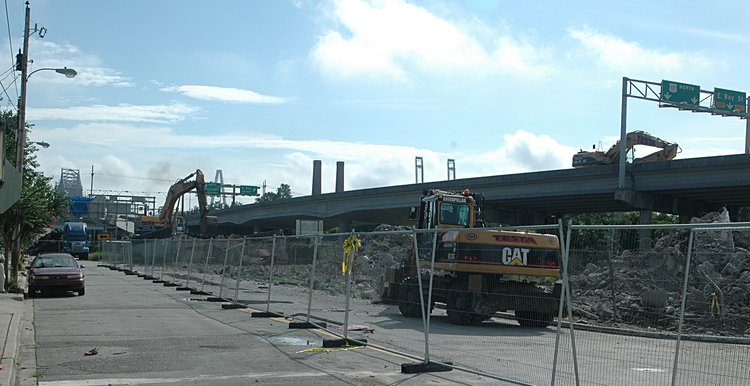 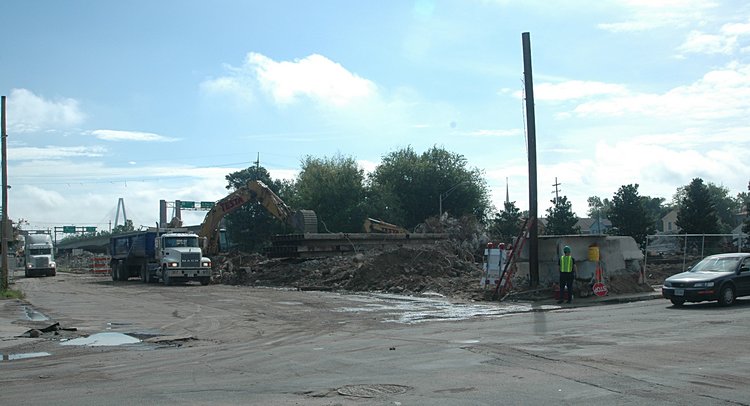 Now that the Meeting Street overpass is gone, our surgeons are working their way backwards along US 17 toward the East Bay exit. 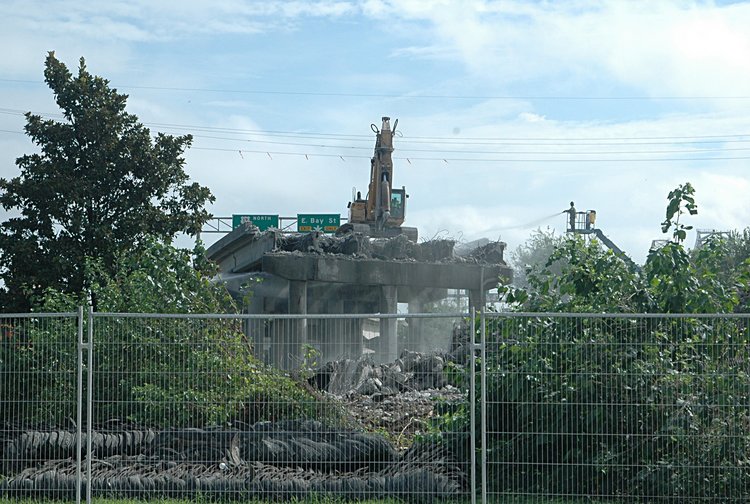 From Sparky - another view of the Hanover St Overpass (from Sparky) 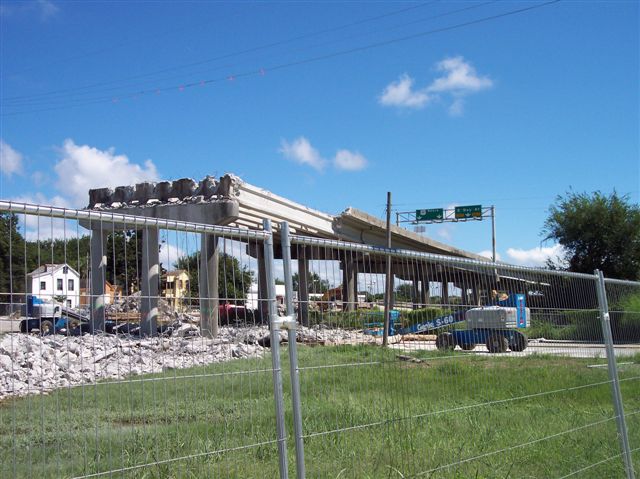 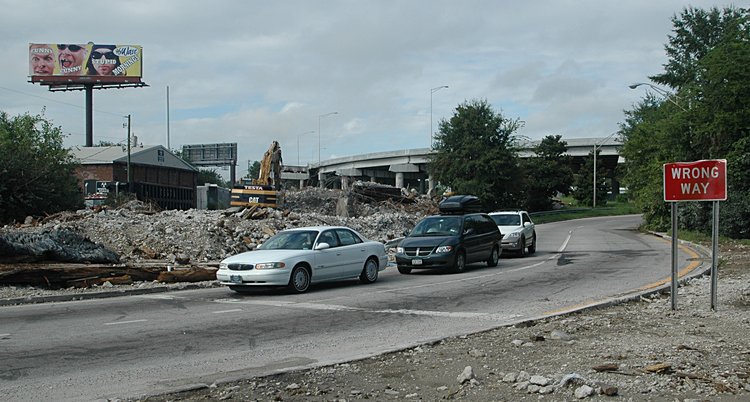 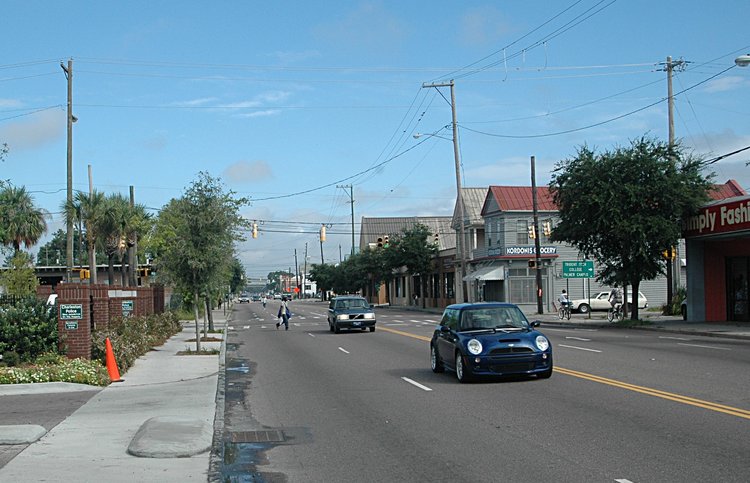