Home Meeting St East Bay Drum Island Mt. PLeasant Pearman Stories Grace Stories Implosions Enginnering Insights Stories of unbuilders Learning Links Bridge Video Bridge Blog Unbuilding Archive All Unbuilding Segments Building the Ravenel Bridge Photo Essays About me
December 7, 2005:
East Bay and Boston Friends
Taken a look at East Bay lately? We have the Pearman and Grace memories - and our Boston friends working to make this a memorable part of the Charleston scene. What we have is the beginning of a nice park area. The city has already put up a sign showing where to park if you are a jogger. We have the Pearman and Grace monuments. Next we need a water fountain, a couple of park benches and this part of the Charleston will have new life. 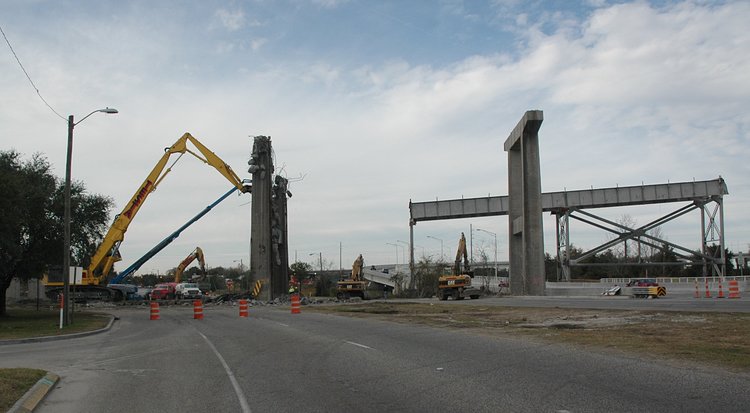 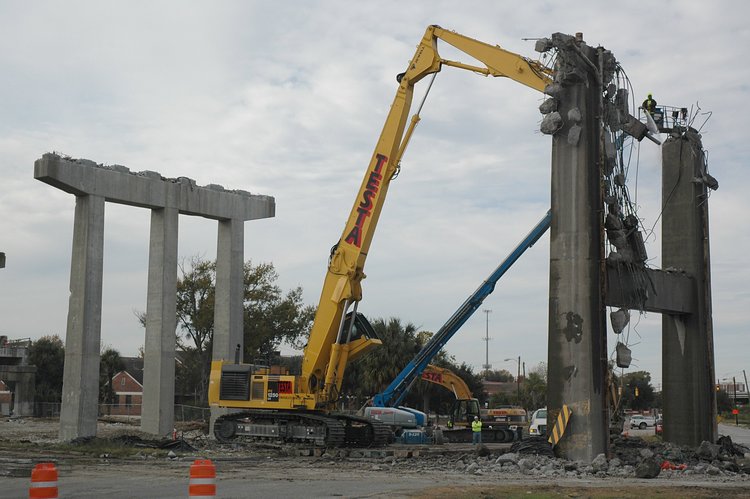 A closer look at his hammer and our friendly water man 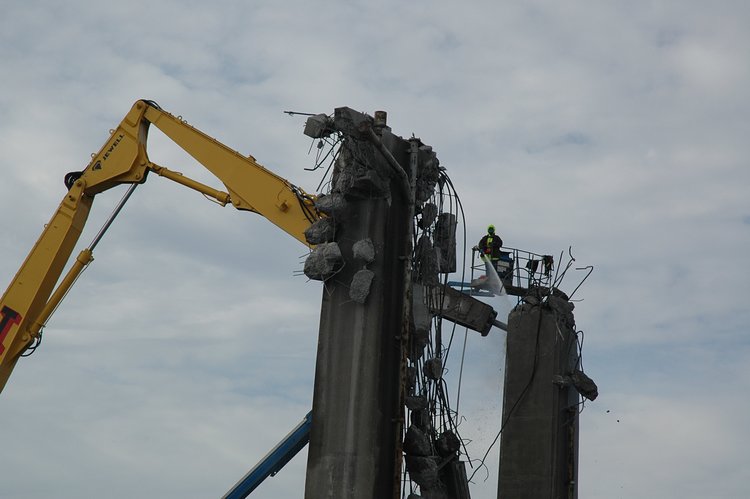 Look at this - bones and skeletons - and a potential park for folks, joggers and bicycle folks that Charleston is beginning to think seriously about 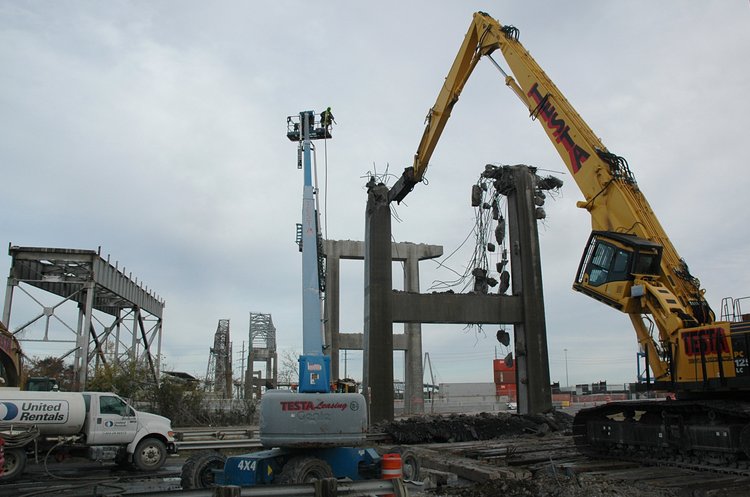 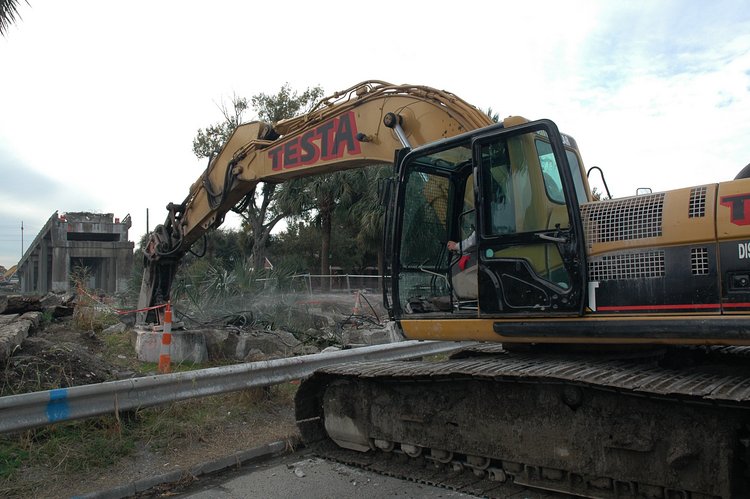 From behind Ryan, the Pearman and Grace ramp skeletons looking west 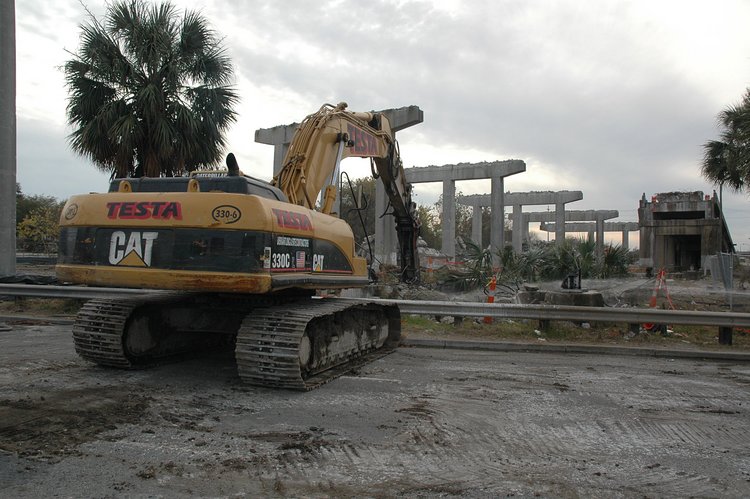 Looking south - Ponch on the left transplanting a few plants 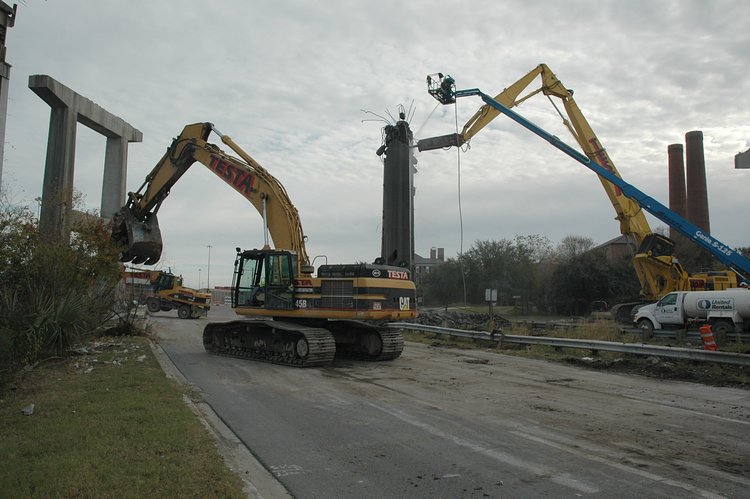 and probably talking with Kathy, his boss 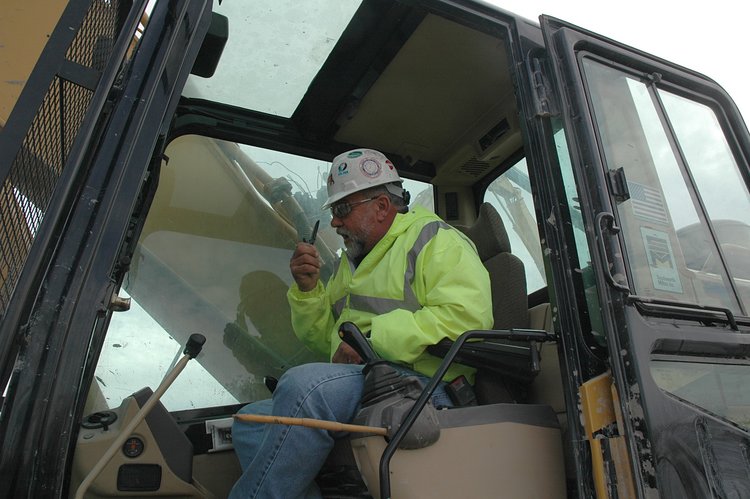 and Ryan taking a break 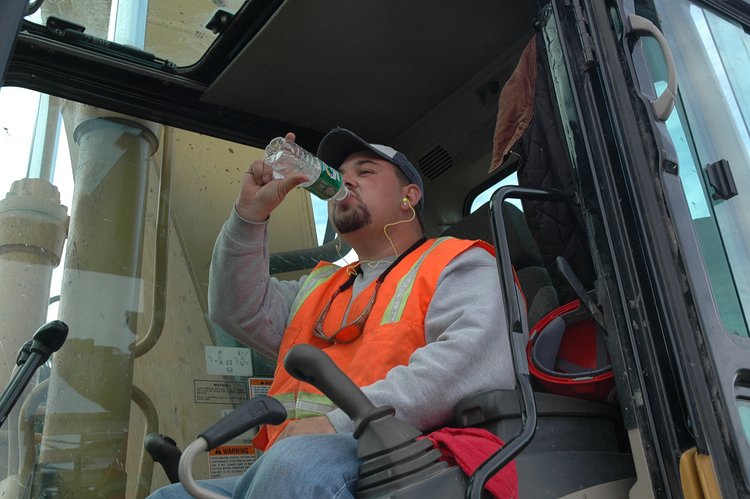 Another look at the East Bay skeletons looking east 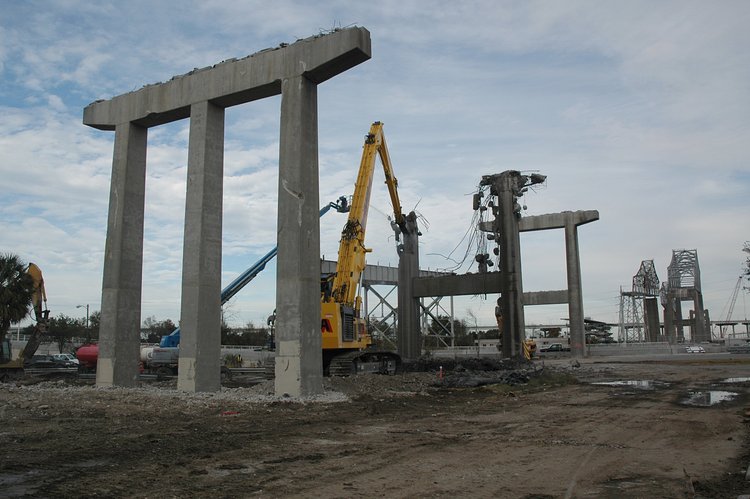 I looped around to Meeting St and found jaws 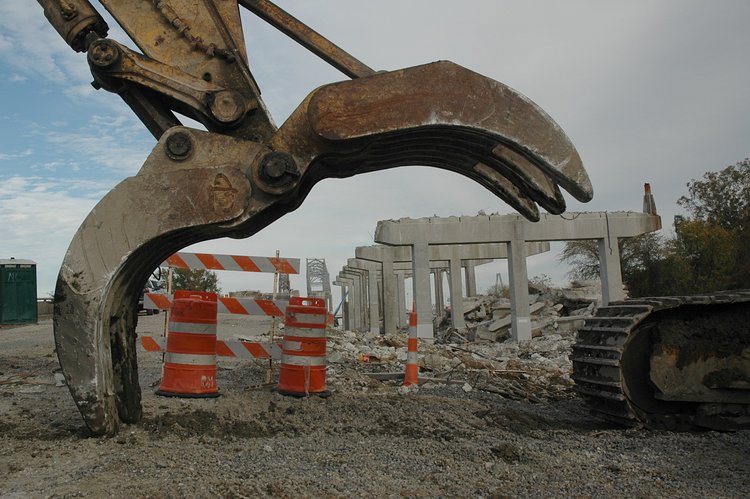 and the ramp skeletons looking east 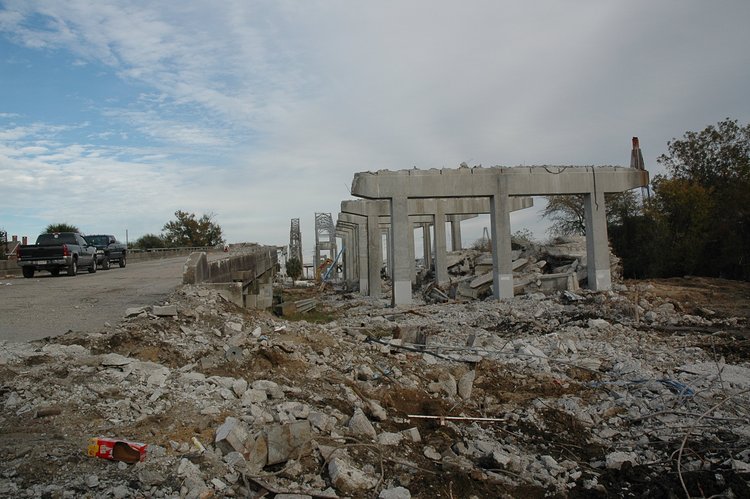 Meanwhile, Jack was busy hammering away at the foundation of one of the Pearman supports - 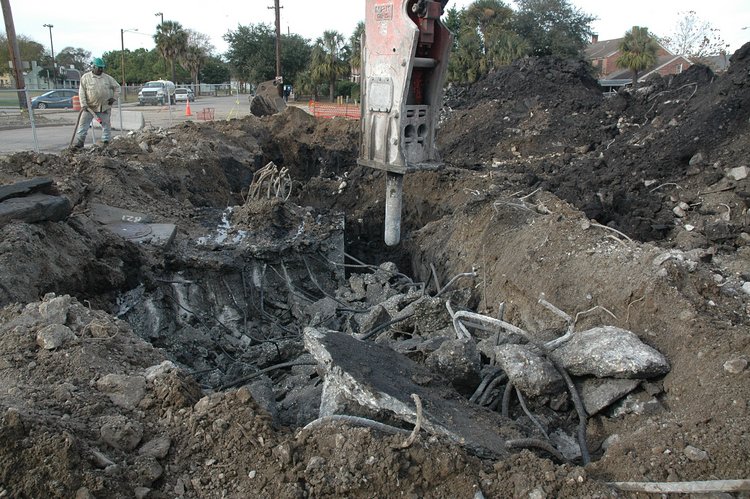 and Jack again. It was August when I first confused Jack and Michael - and here it is December - and even without sun glasses, I can recognize them. The problem is those orange Testa t-shirts and jackets everyone wears - they all look the same to this old man 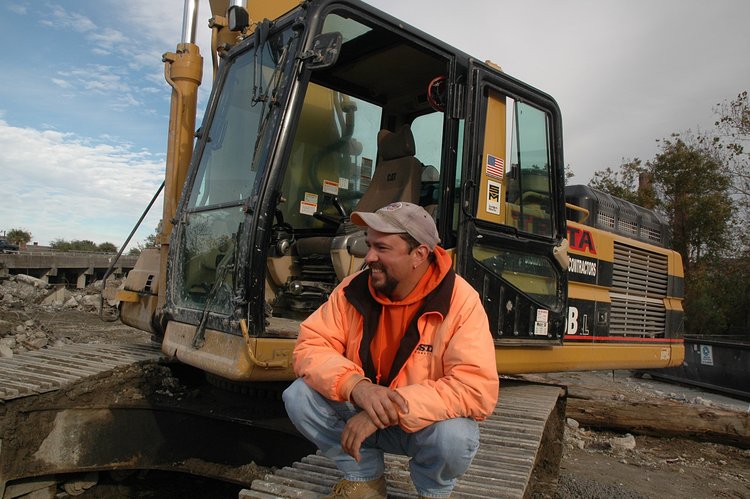 and Jack and his hammer - working away 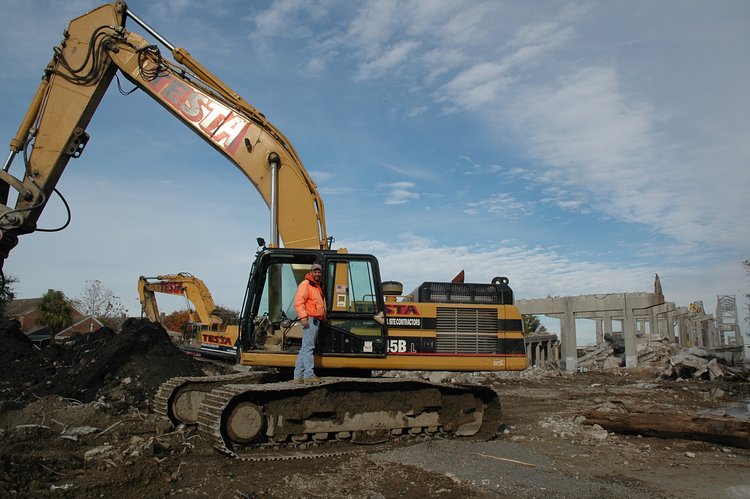 Looking east up the Pearman ramp 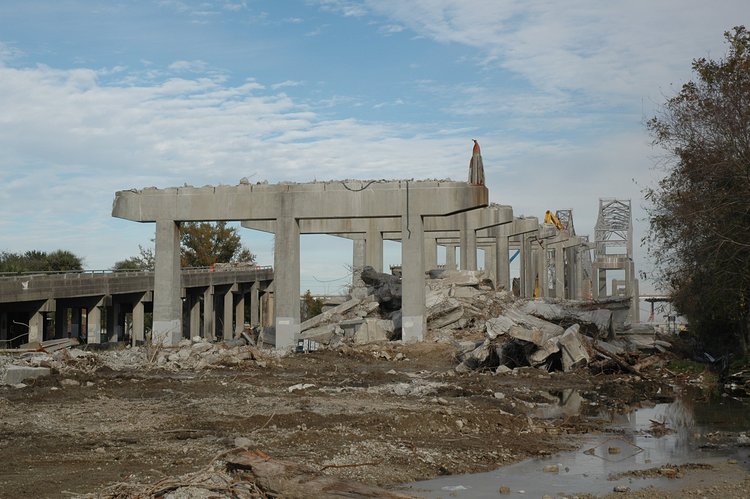