Home Meeting St East Bay Drum Island Mt. PLeasant Pearman Stories Grace Stories Implosions Enginnering Insights Stories of unbuilders Learning Links Bridge Video Bridge Blog Unbuilding Archive All Unbuilding Segments Building the Ravenel Bridge Photo Essays About me
December 9, 2006:
Building the Mt. Pleasant Observation Pier
Wow - look at the Mt. Pleasant Observation and Fishing Pier! Who would have guessed that the foundation rests on the Pearman pier substructures. Mickey, Ken and their team unbuilt some of the Peaman substructures, while the jackup barge with Michael and his buddies unbuilt others and cleaned the tops of the substructures. Now ?, the pier constractor has built a new platform complete with new prestressed concrete girders.
Sunset from the pier 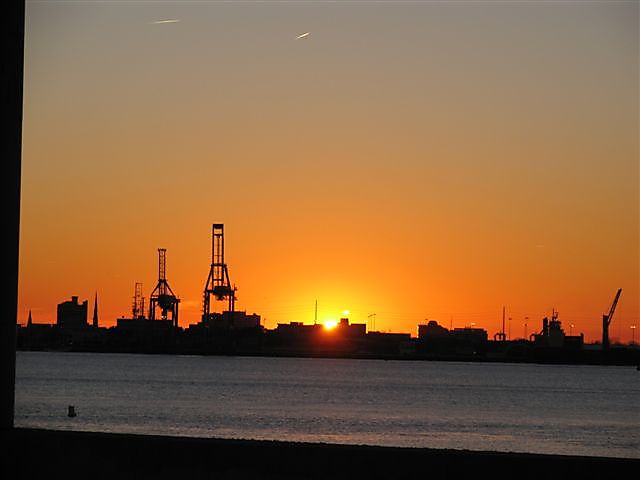 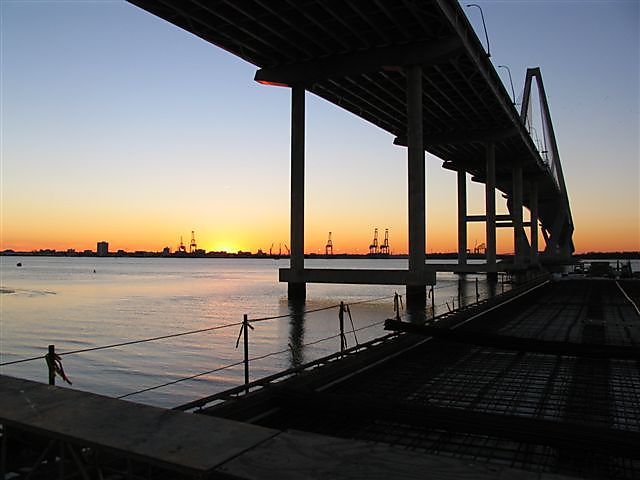 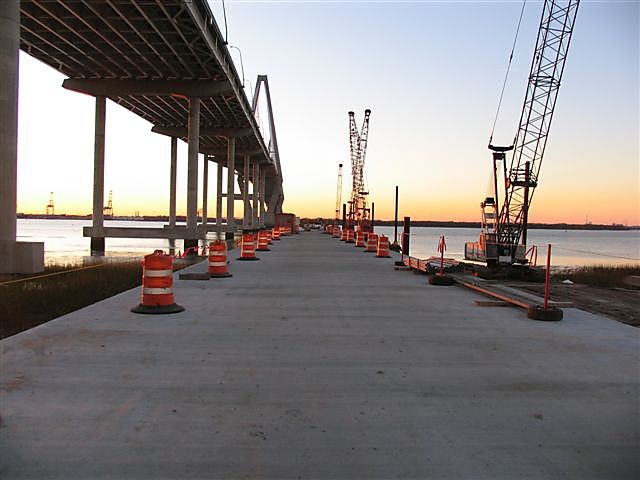 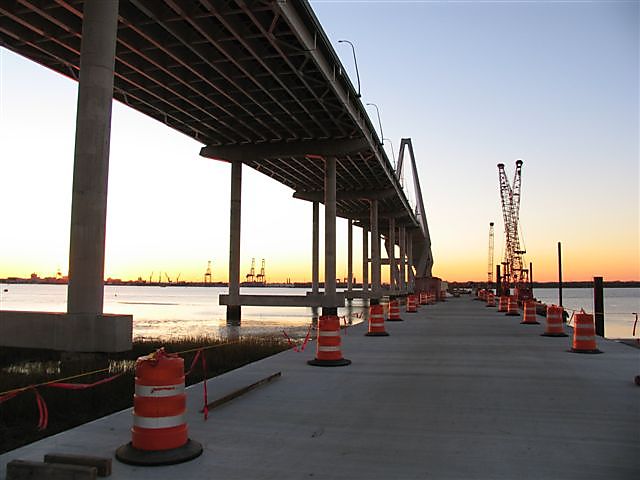 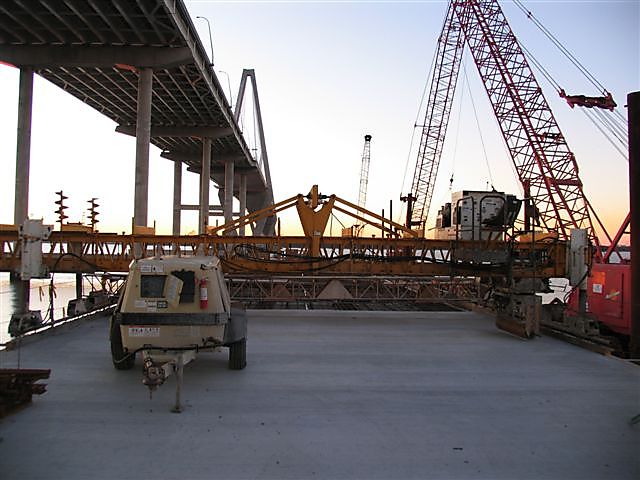 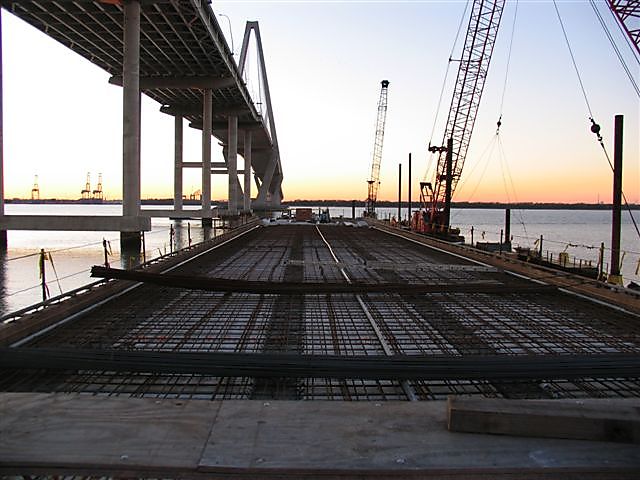 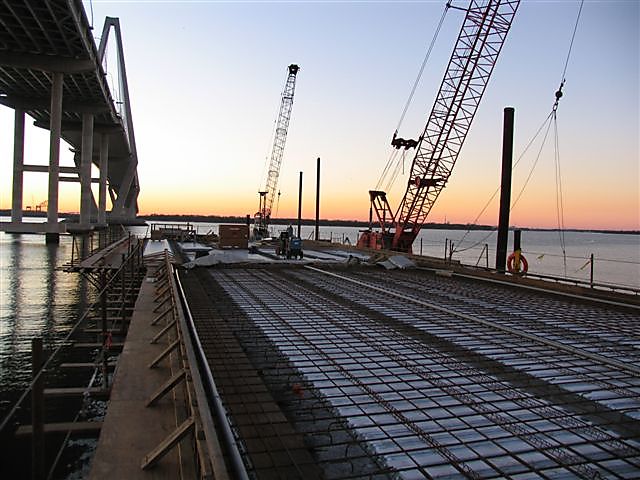 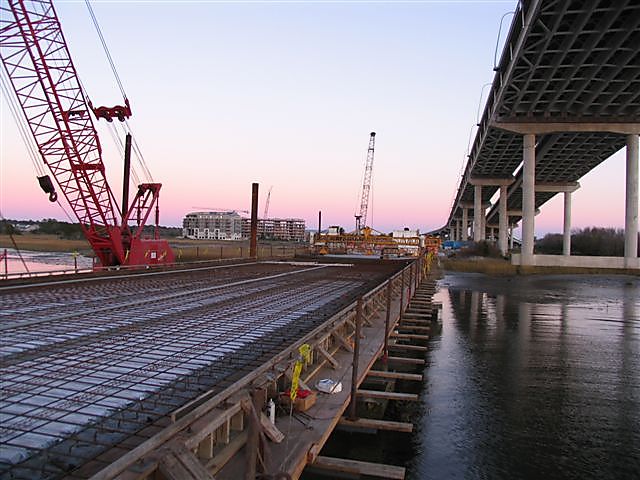 More of the pier substructure 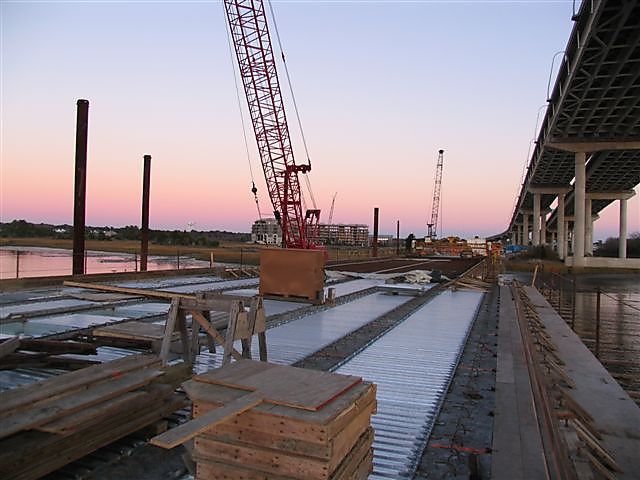 In the trade - this is known as a crane crossing 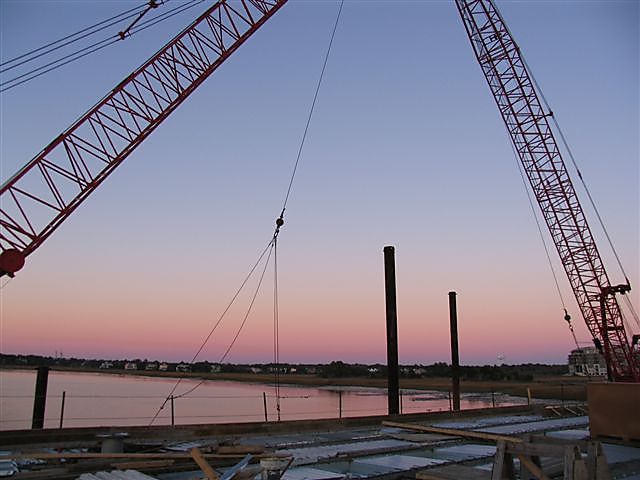 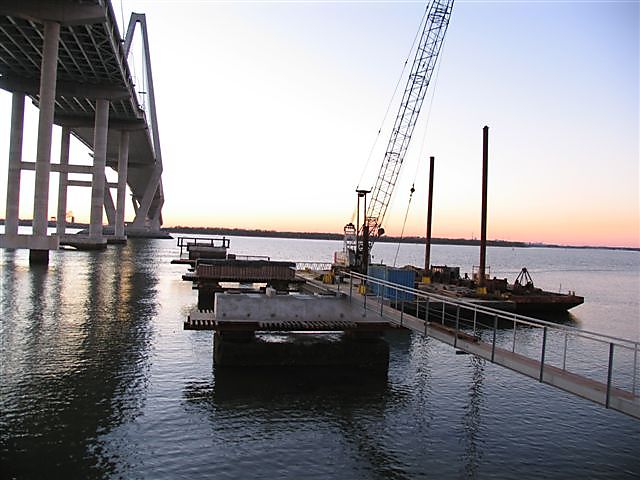 The walkway to the to-be-built extension of the pier 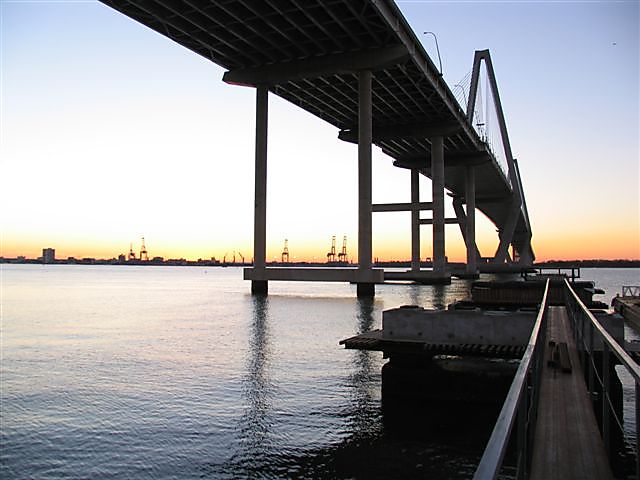 The worksite barge and Pearman bases 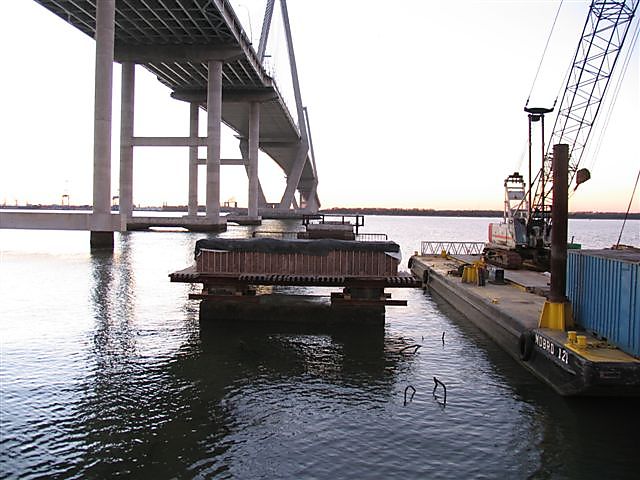 Looking back down the walkway - the concrete floor girders 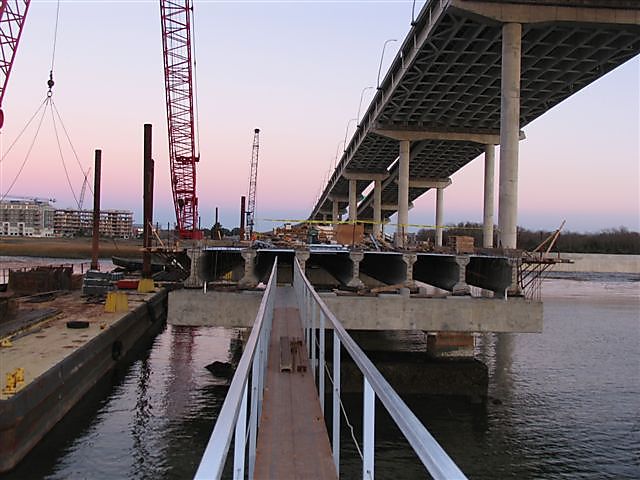 A typical Sparky art photo - between the girders. Remember when Bob McCabe and his team were unbuilding these girders? Our ironworker acrobats suspended in mid air attaching the cables from the lift bar. Well this is what happens when you rebuild what Bob and his group unbuilt. Nice story. 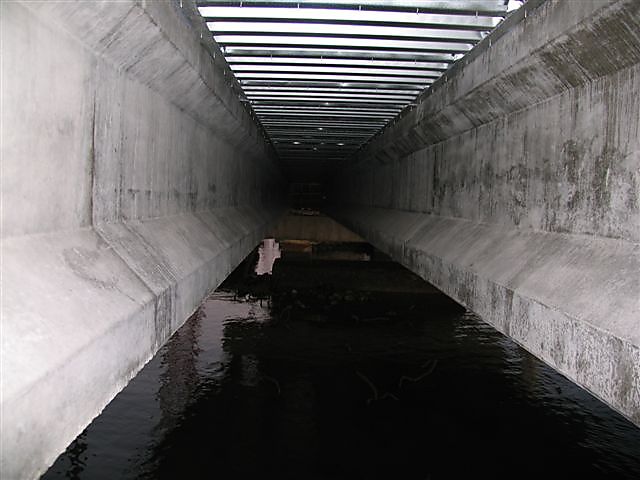 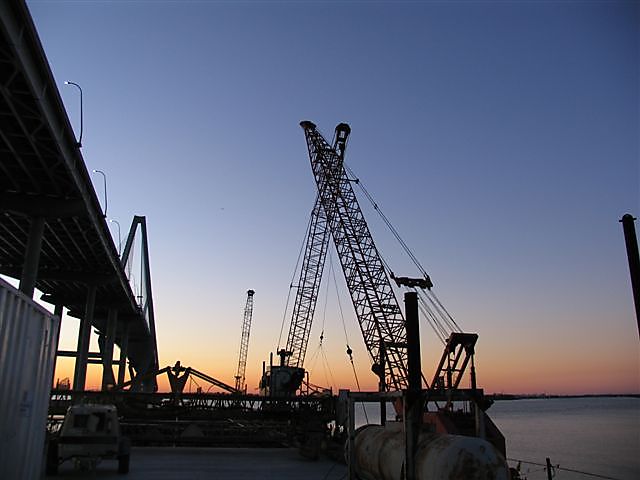 and a better view 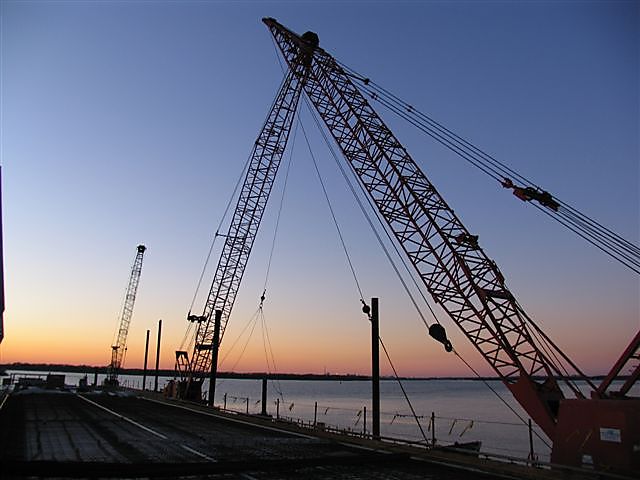 and night time sets over the port 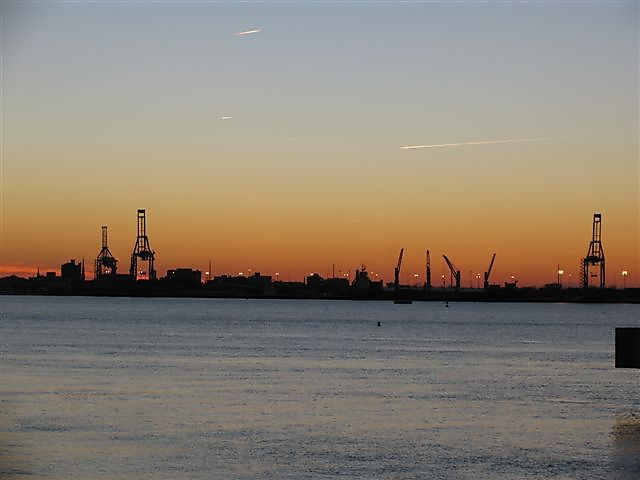