The worksite - with the temporary Pearman supports removed 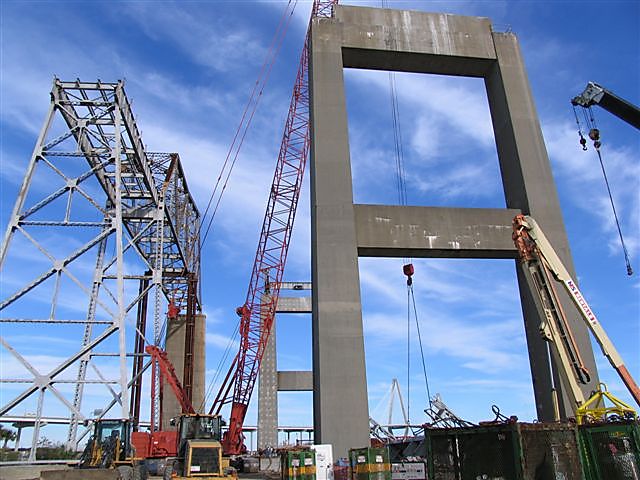 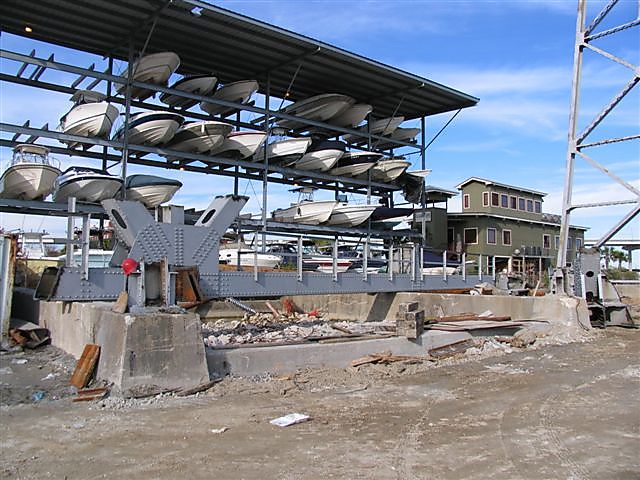 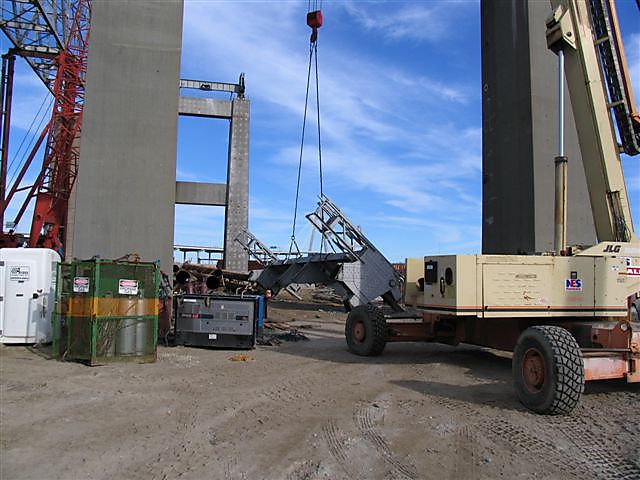 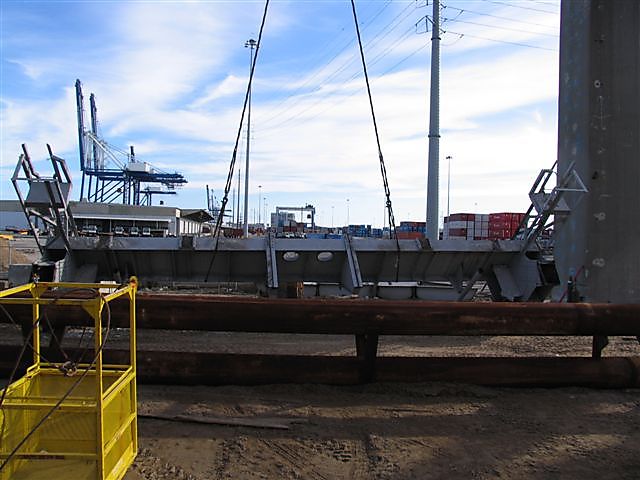 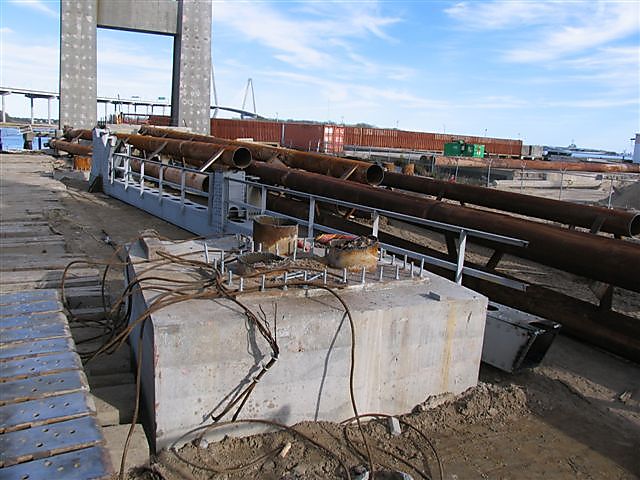 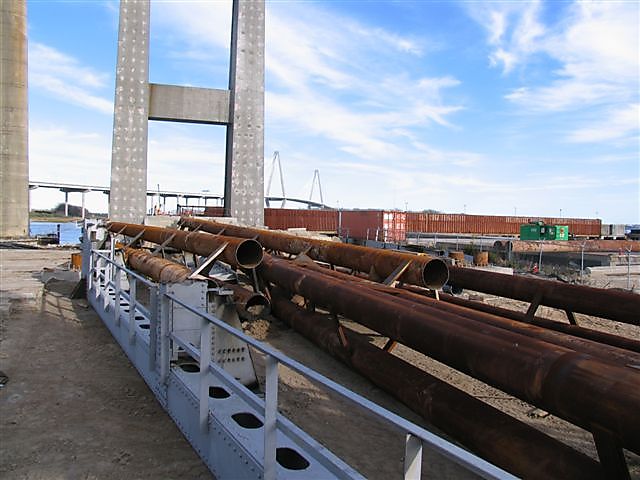 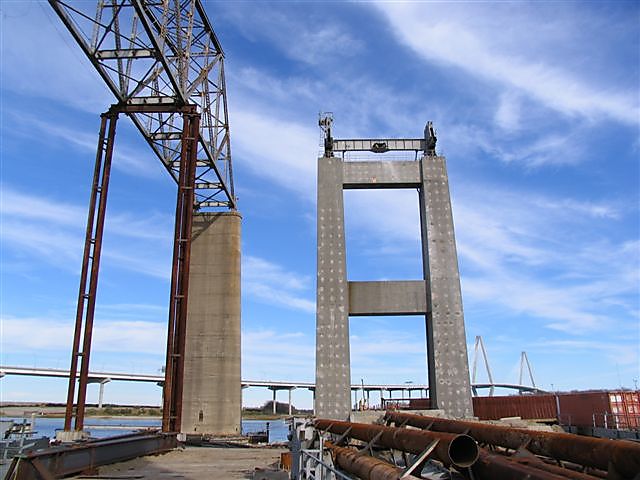 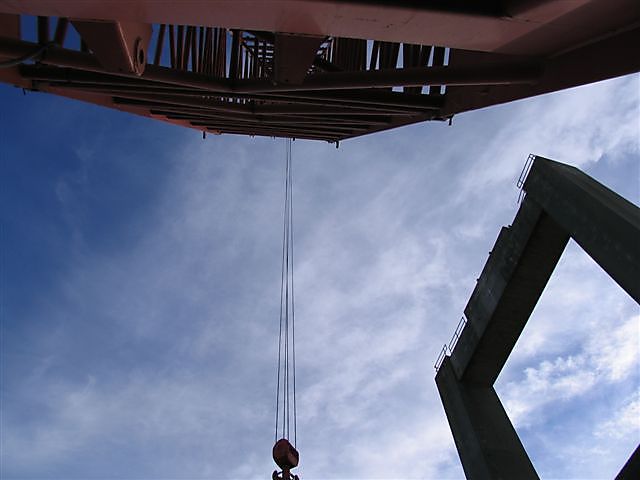 The cable rigging of Manny's machine 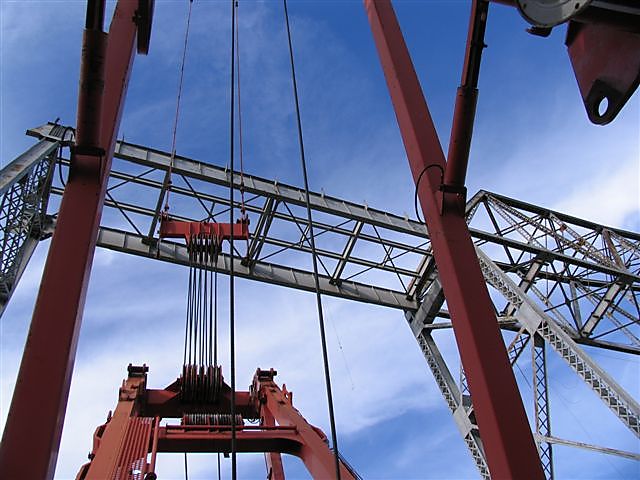 One of the Pearman splice plates 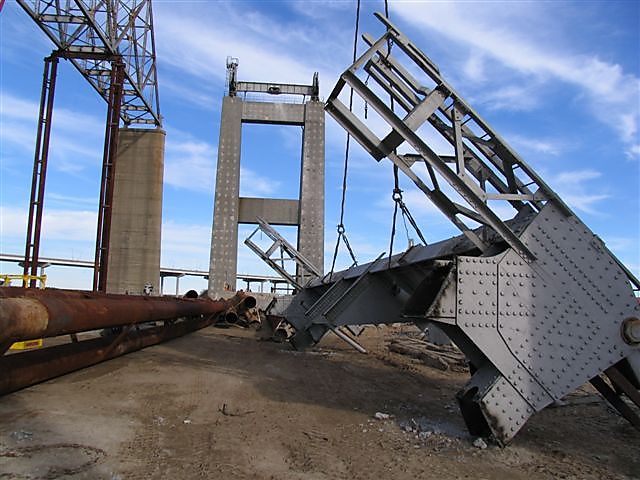 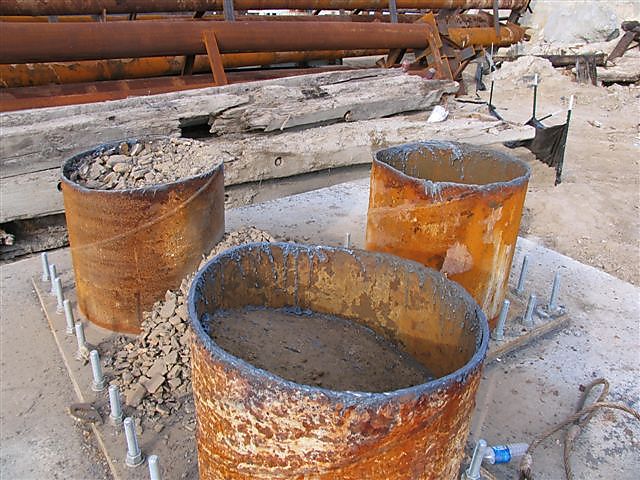 Pearman pin at the bearning (I think) 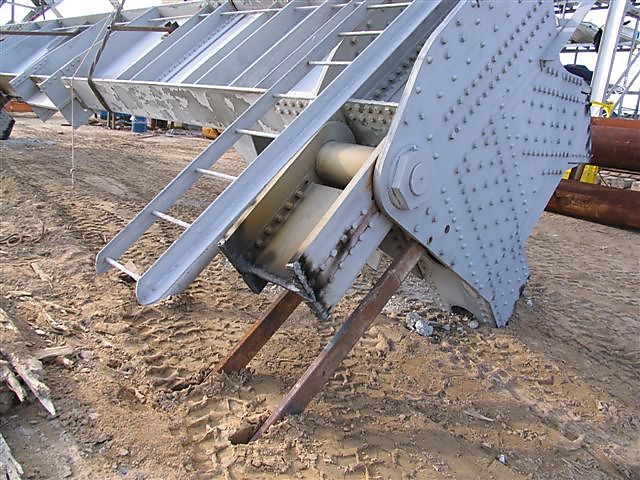 Now for unbuilding the last of the Grace structure 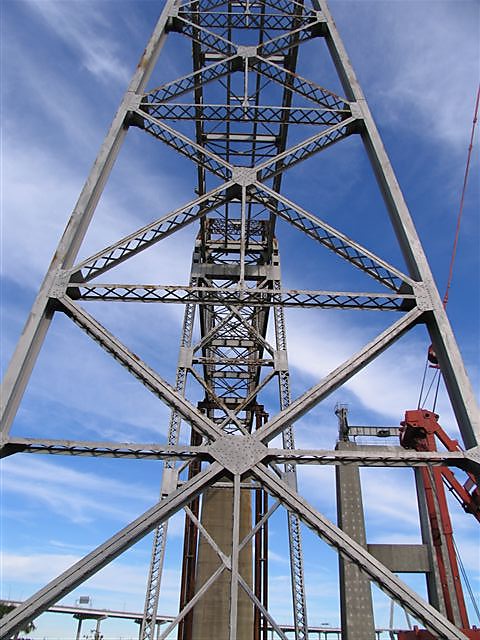 and the Marion Square side show 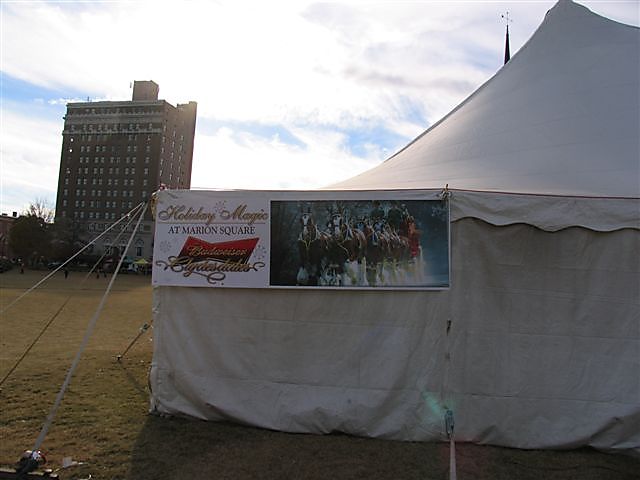