This is sort of a week in review. The worksite - Pearman on the left and Grace on the right 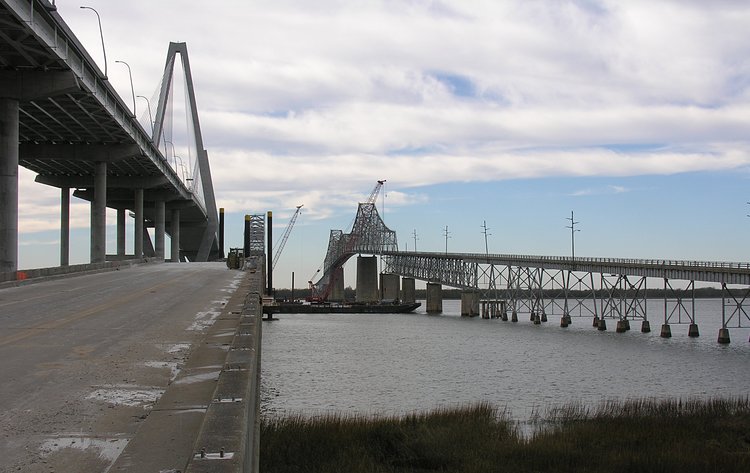 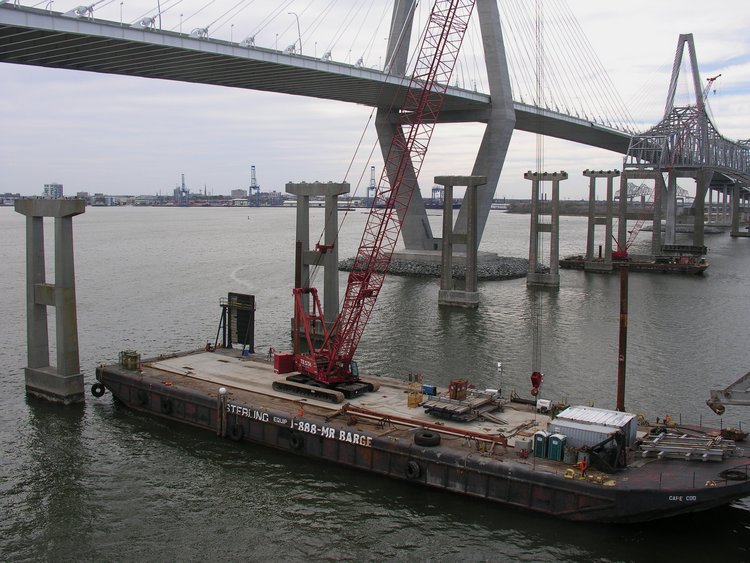 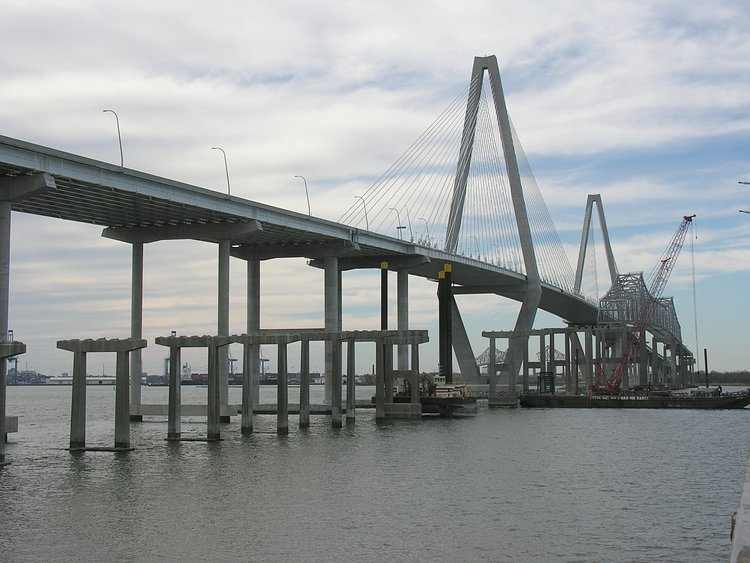 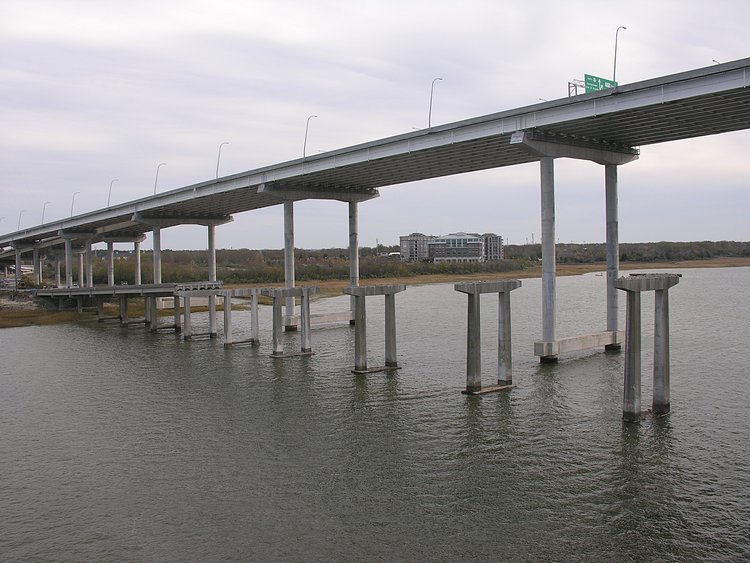 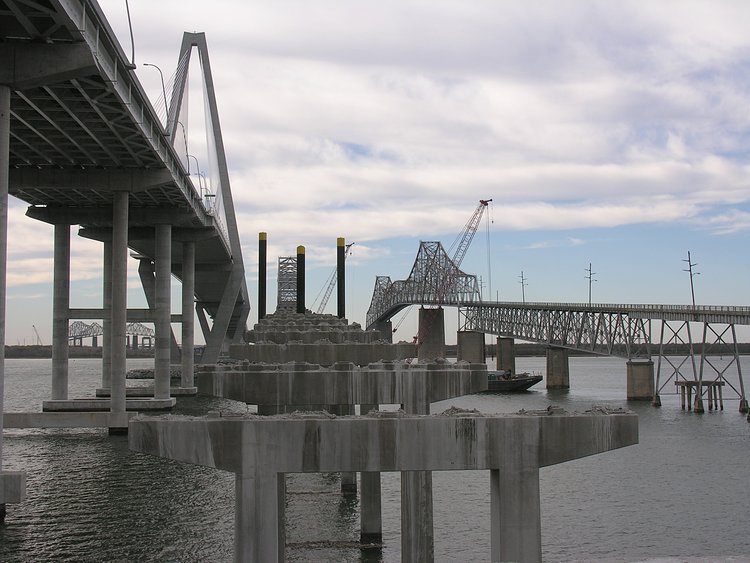 This is an inside joke. Ted runs the concrete cutter, and speaks Michigan English. Ted has little experience with multicultural groups and is unfamiliar with Boston English so the Boston guys think his name is Tad. To remind them that he really is Ted required a little sign on the shoulder 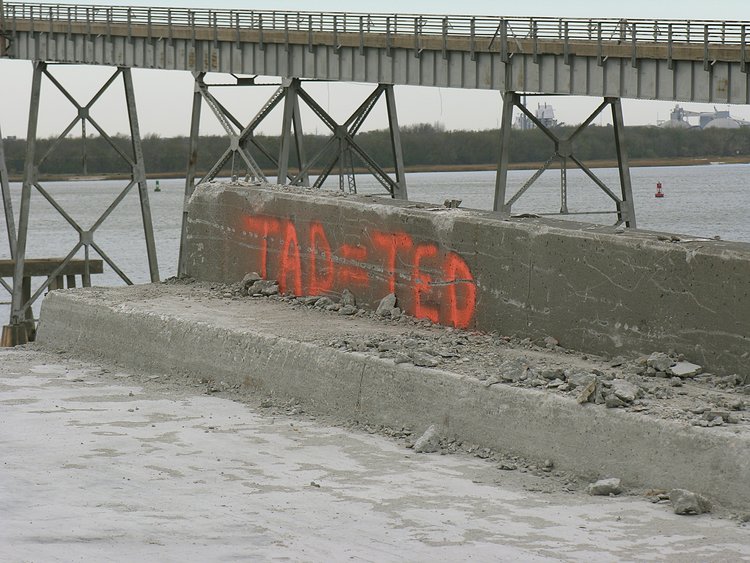 The next stage of unbuilding requires the services of a jack-up barge. 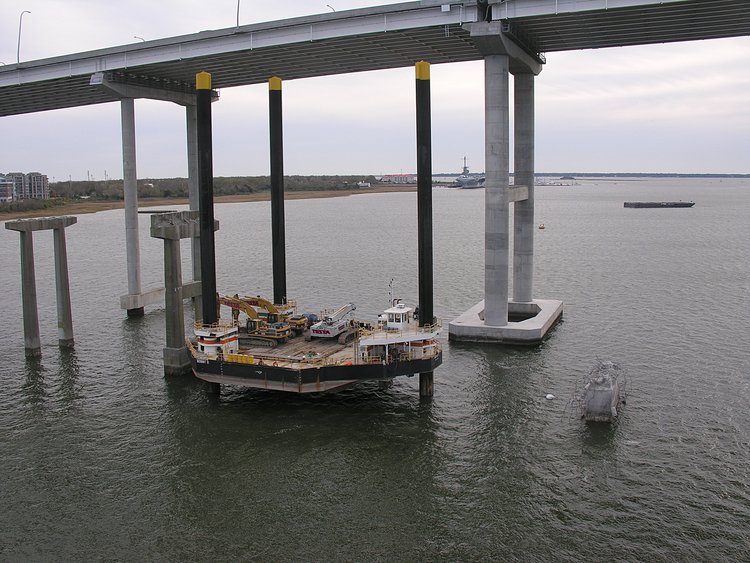 The jack-up barge is basically a barge with legs and teeth for climbing. (See the right-most leg). The legs are lowered to the river bottom in order to stabilize the barge. The platform is then jacked up and the excavators are used to disassemble the pier caps and supports. The strategy, though, it not clear to me just yet 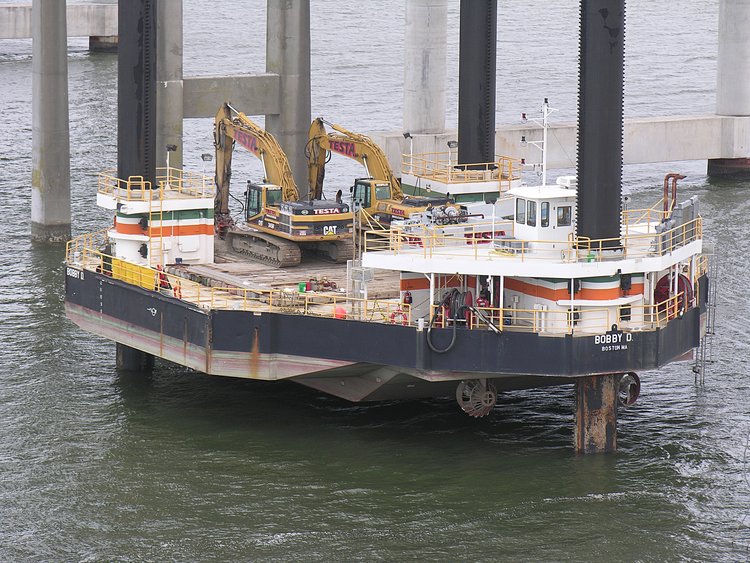 Looking at the other end of the Pearman - all that remains are some supports, a few girders, the foot of D-25. 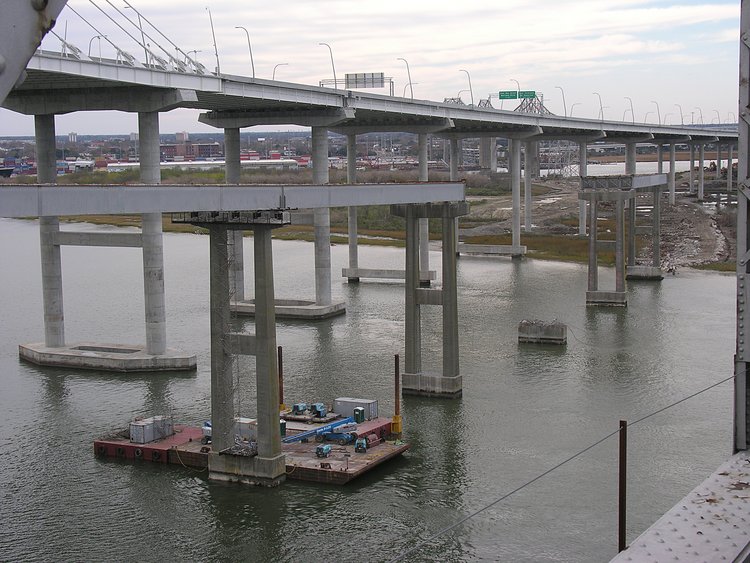 At the Mt. Pleasant end is the bone yard - harvested Pearman shoulders ready for transplantation to artifical reefs 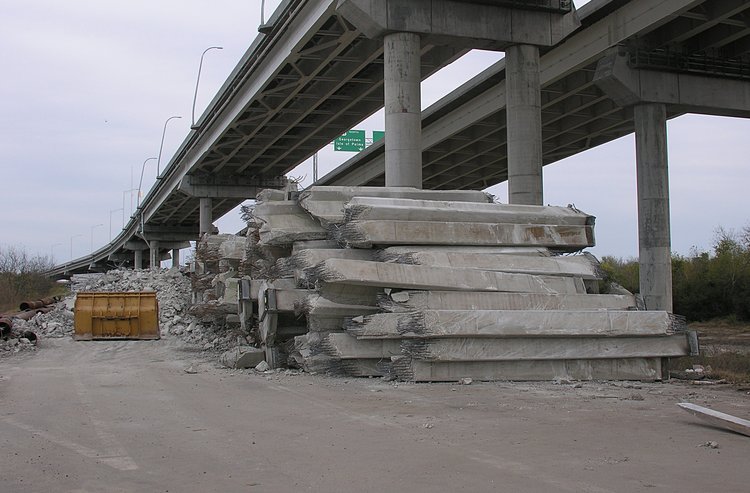 Walking back, maintenance and repairs are required to keep the shears, specifically, in good working order. Here is Kevin working on in his shop. 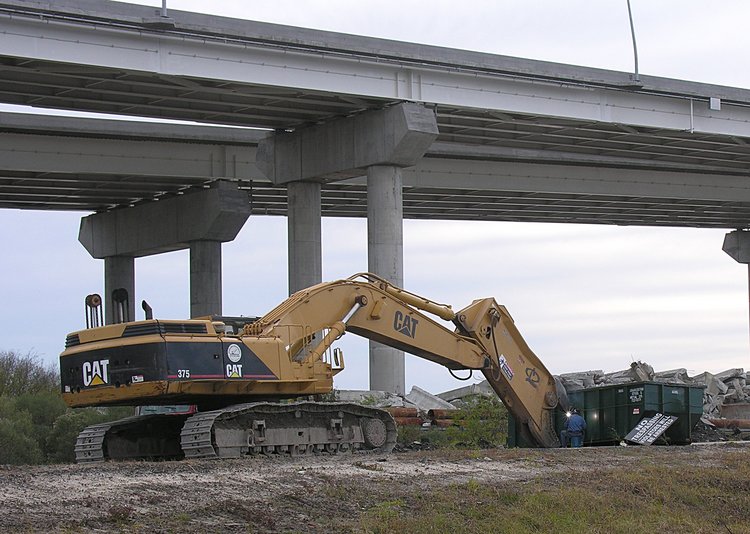 In addition, the concrete cutting blades are frequently replaced. Ted gets about 350 feet of cutting when the roadway aggregate contains quartz and about 700 feet when softer and lighter aggregrate is used (specifically on the main spans). 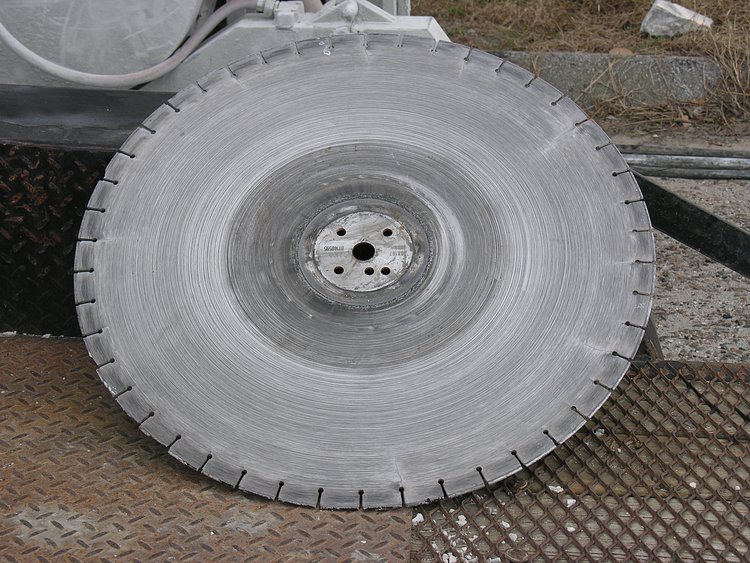