The worksite - felled columns to be unbuilt. Carlos in the foreground and Robbie in the cutting position 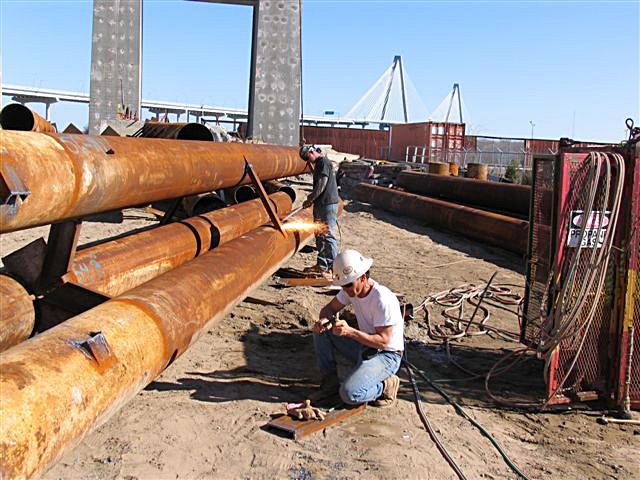 What Cashman-Testa buildeth can be unbuildeth. Here, Stan, Robbie and Carlos are looking upward and in deep thought 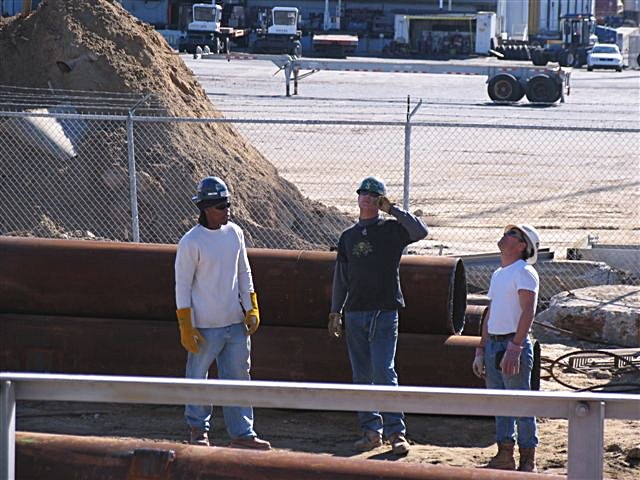 and Manny in the ready position 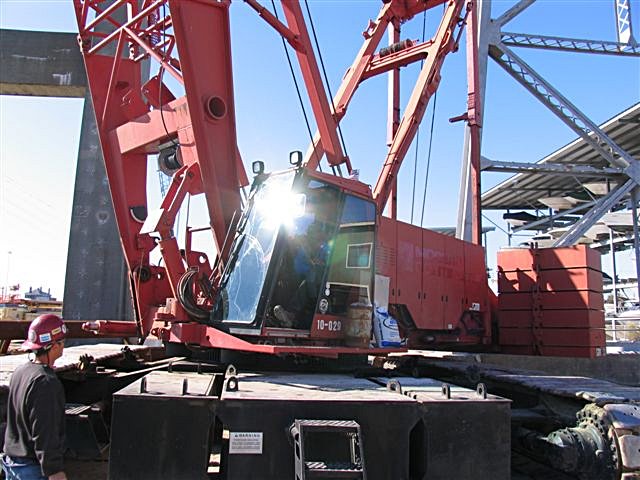 Like felled trees, here are the supports for Robbie to unbuild. 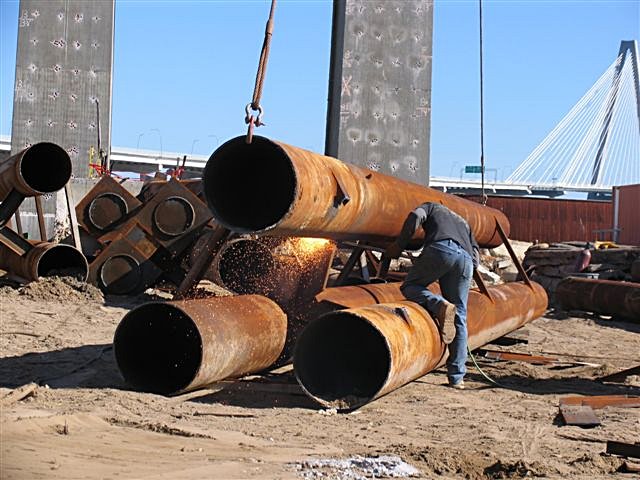 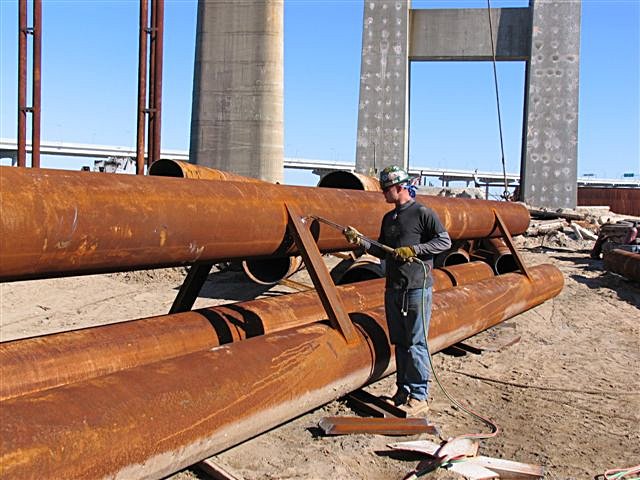 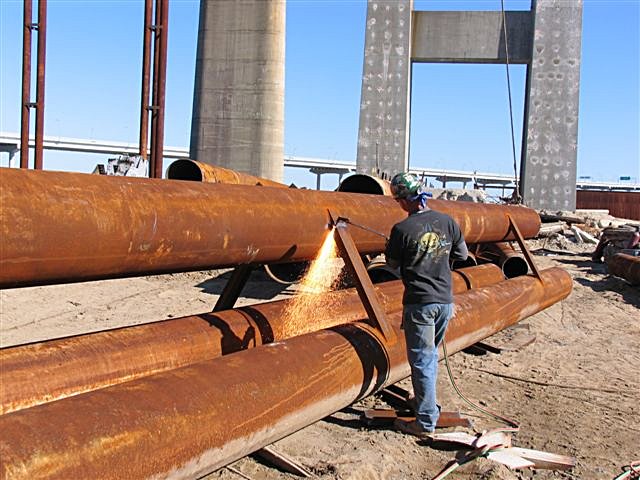 From the roof of the parking garage - this is the scene 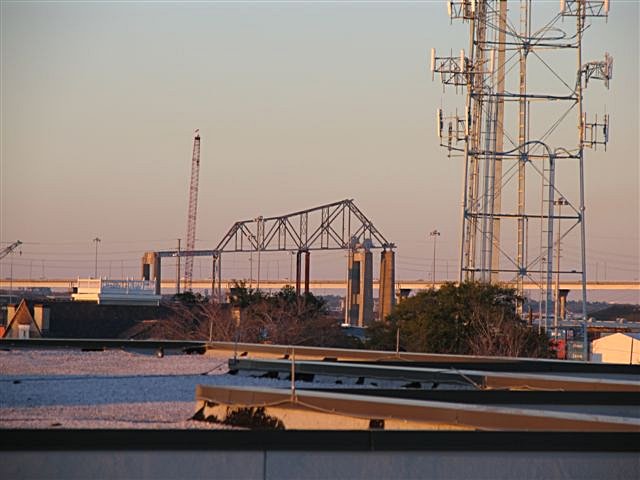 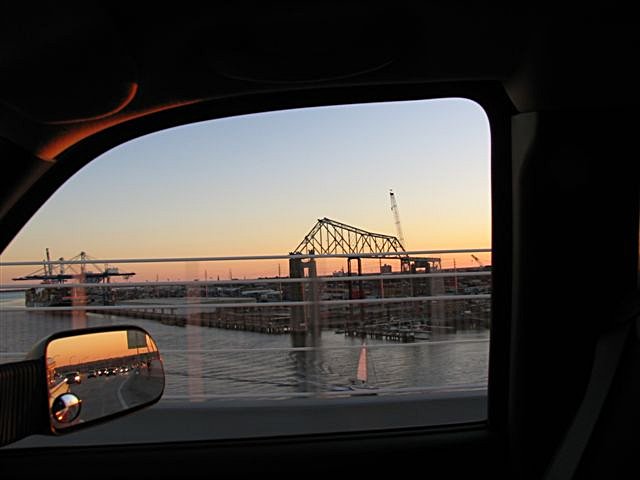 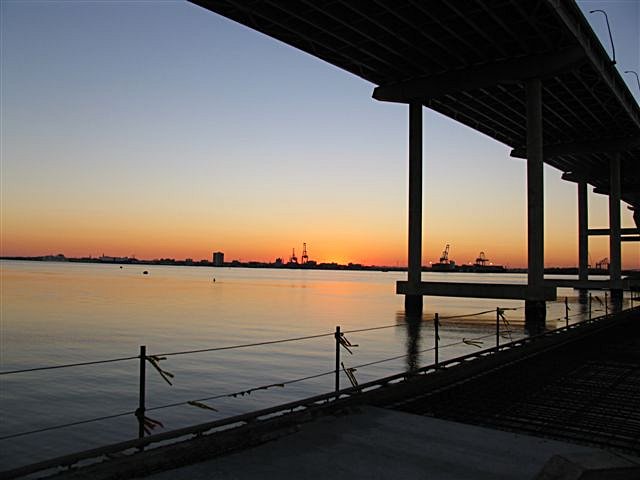 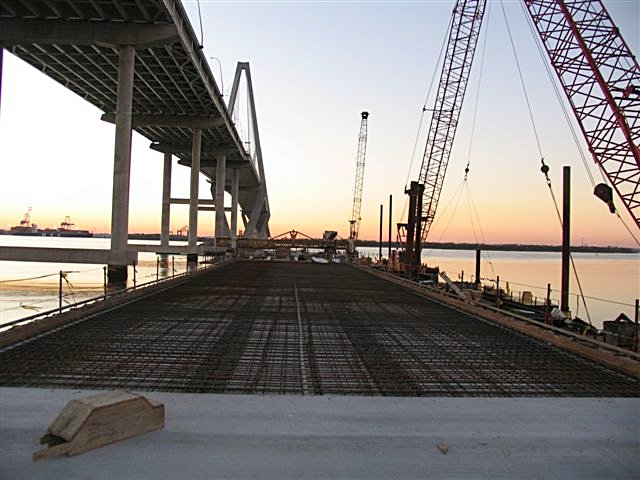 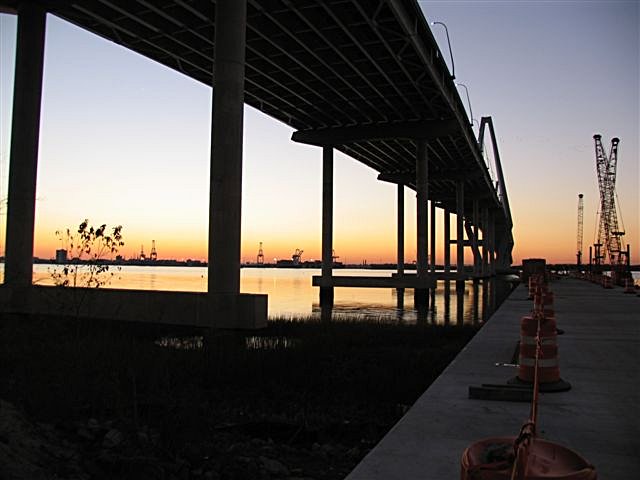 and a view under cousin Arthur's structure 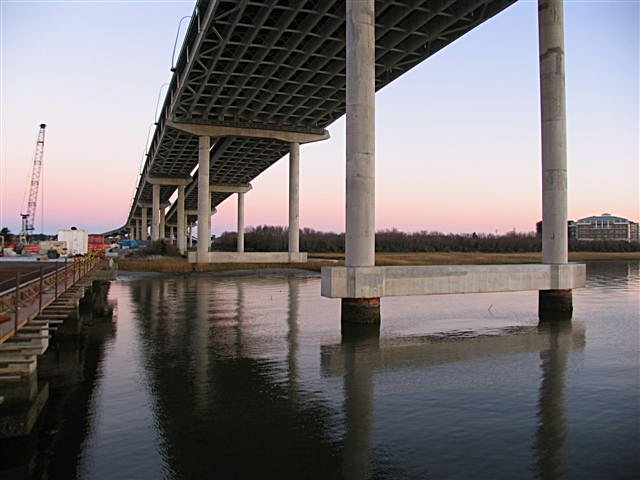 and an evening sunset 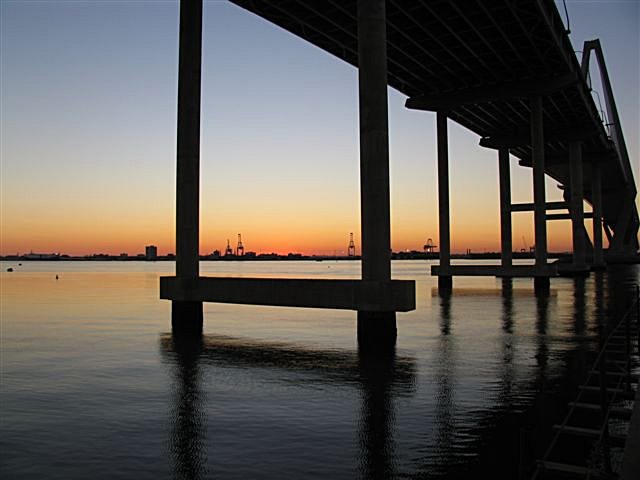