Pio's jazz ensemble - with Pio on the front end loader, Speedy and Richie on the torches, Brad on the shear and Steve on the concrete cutter 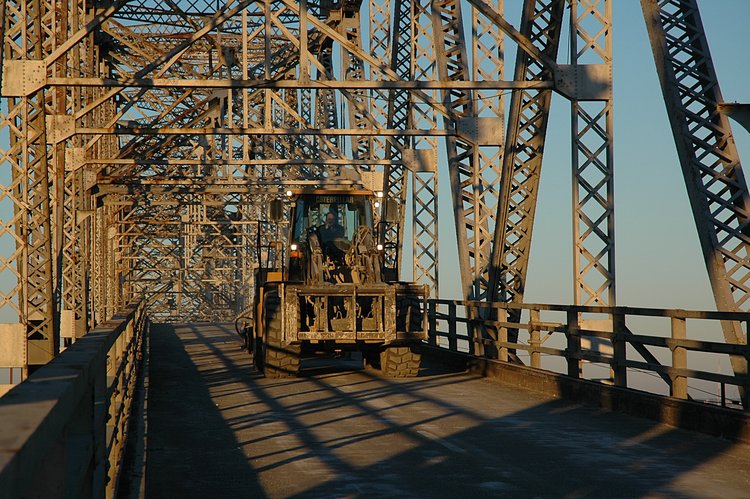 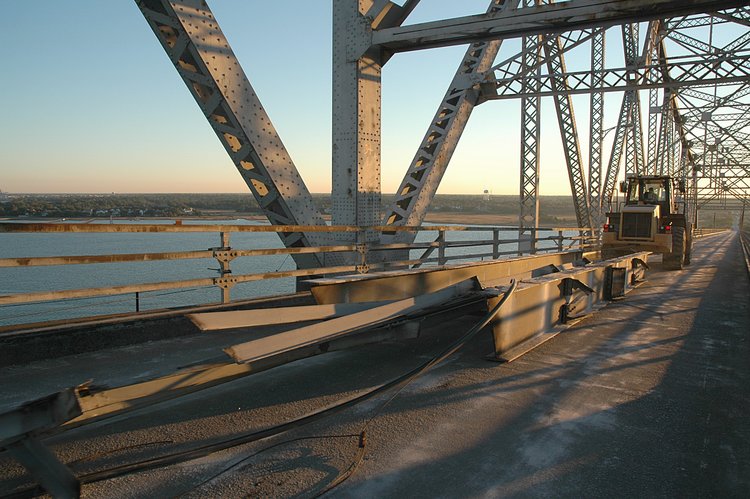 down to the girder yard for reprocessing 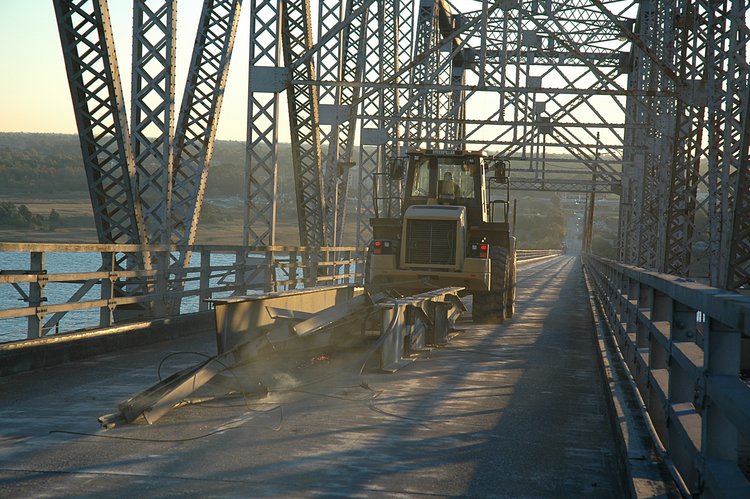 Brad, Steve and Speedy (an iron worker converted to burning for the time being) 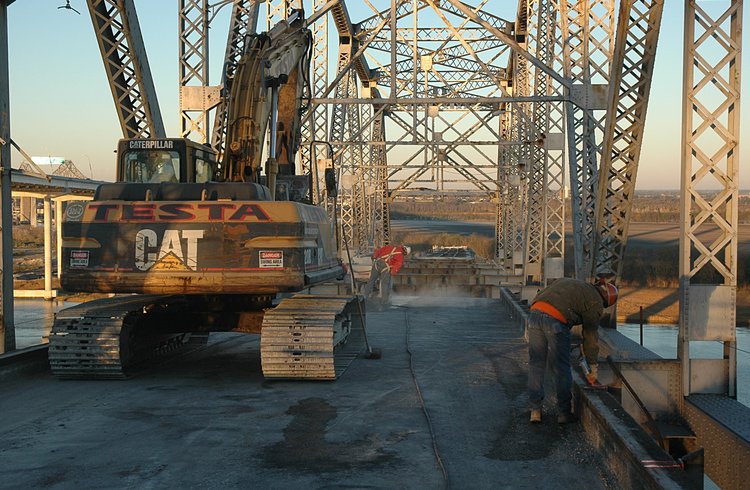 This is for Brad jr. Brad's son sent me email suggesting that I could improve the web site with a photo of his father - so here is a small web site improvement 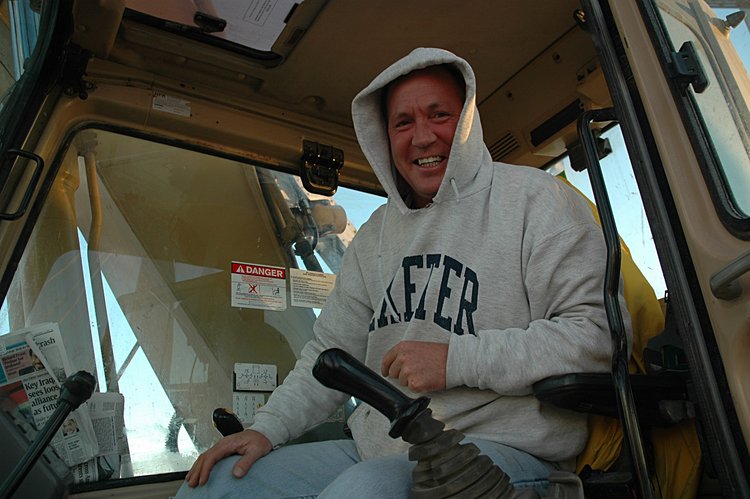 From under Brad's grapple, meet Steve - cutting in the background 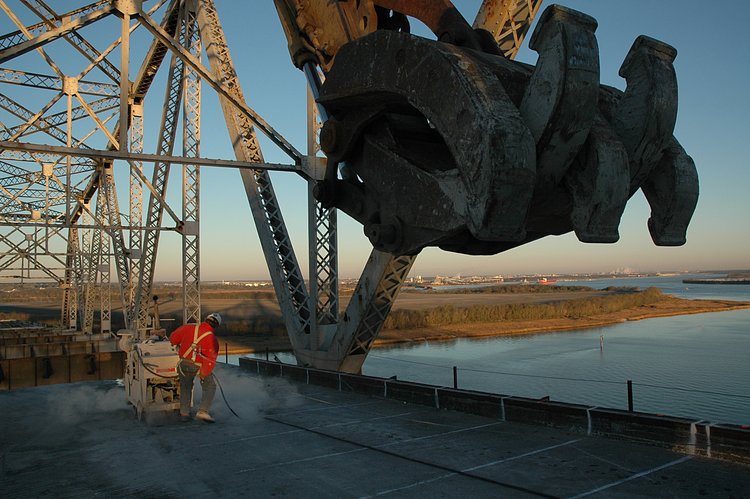 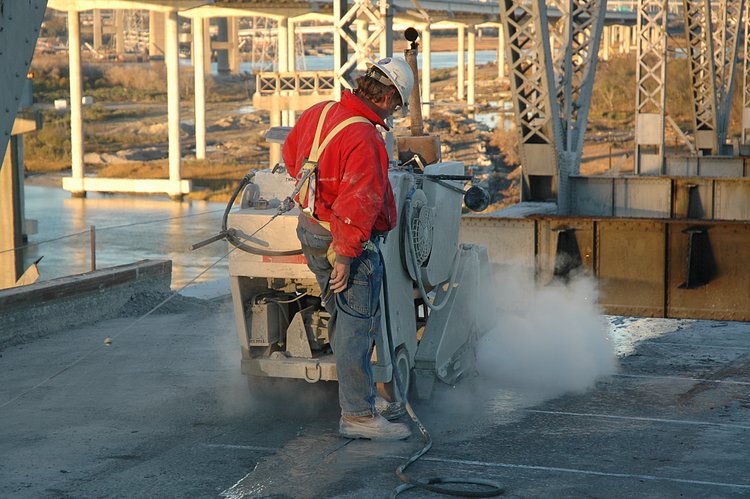 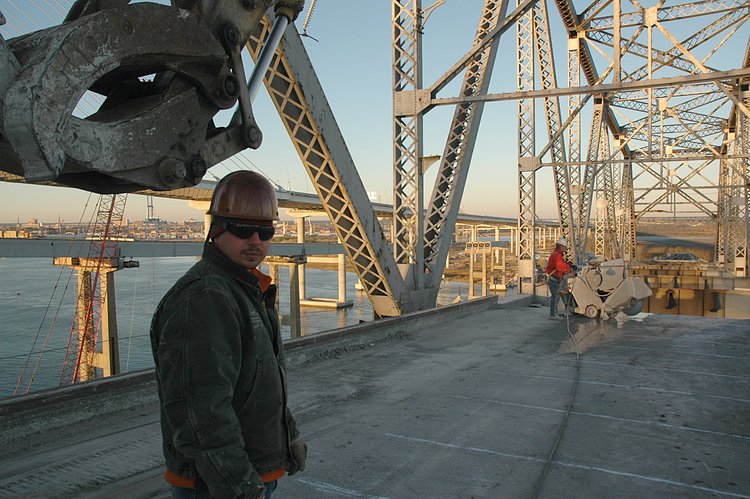 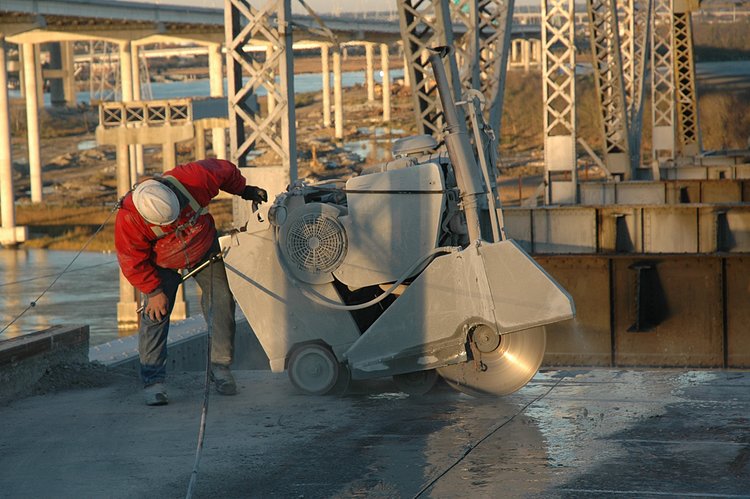 and all purpose Richie - burner, fetch and tote man and simply a great guy 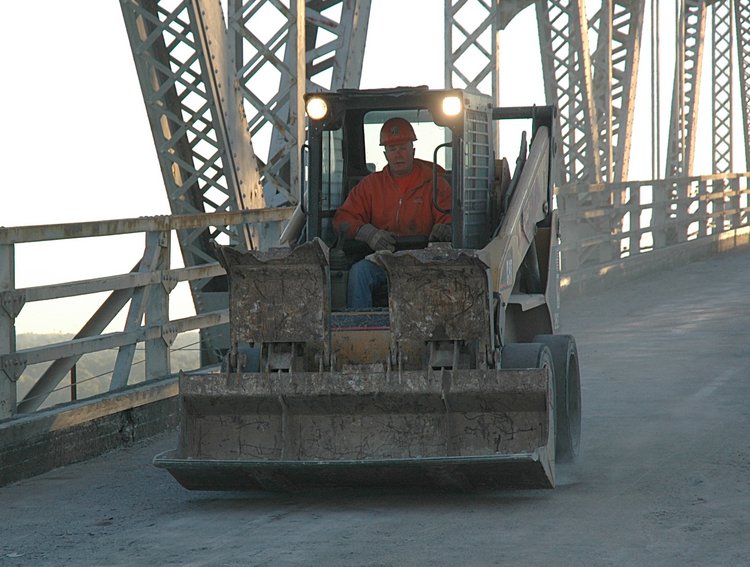 Pio - with an early morning smile 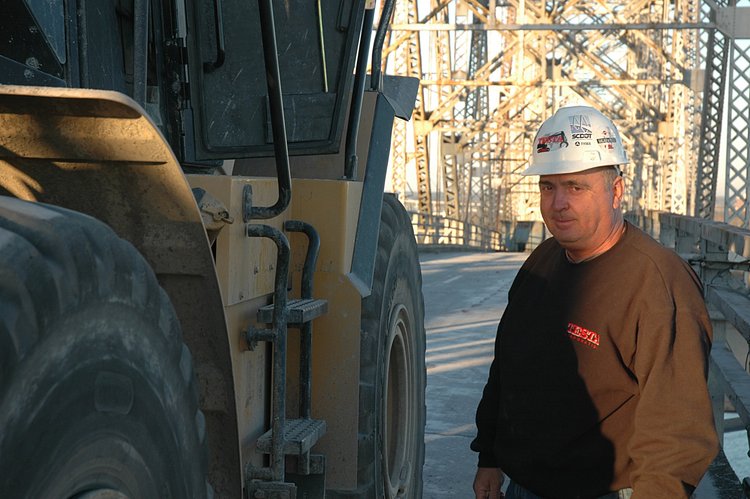 Walking back, I got a good view of M1 - M5 - to disappear at the end of the week 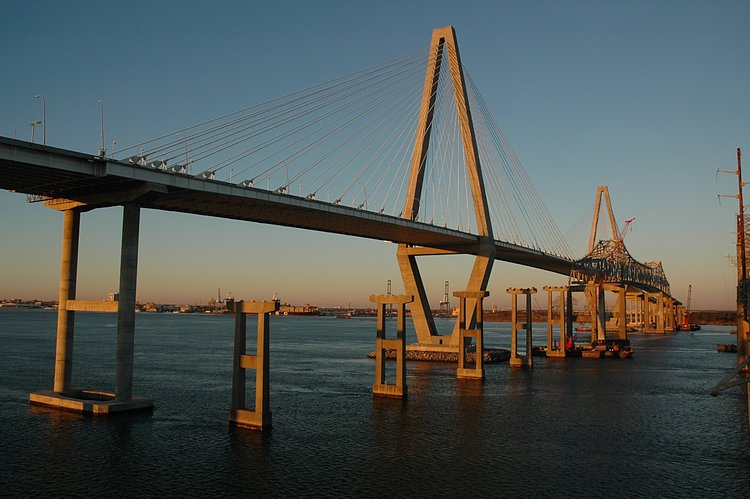