Home Meeting St East Bay Drum Island Mt. PLeasant Pearman Stories Grace Stories Implosions Enginnering Insights Stories of unbuilders Learning Links Bridge Video Bridge Blog Unbuilding Archive All Unbuilding Segments Building the Ravenel Bridge Photo Essays About me
December 13, 2005:
Pulling Grace's girders
This morning, Pio, Richie, Brad and Speedy were harvesting girders. After removing the roadway on the Grace and Pearman bridges, the the longitudinal steel girders are harvested. On the Pearman, I watched this when Cashman/Testa were harvesting roadway and girders by night and by day. On the Grace, I watched Neil's team harvest by night and this morning I watched Pio's team harvest a pair of steel griders by day. I almost missed the action.

First Richie. Richie is one of the many unsung heros and one of Testa's all purpose men. You name it and Richie does it with a smile. 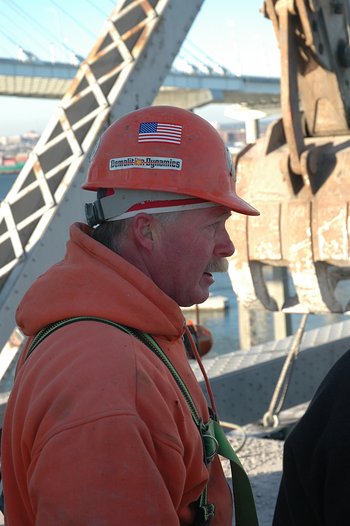 Here Speedy is preparing the last almost cuts of the girders. 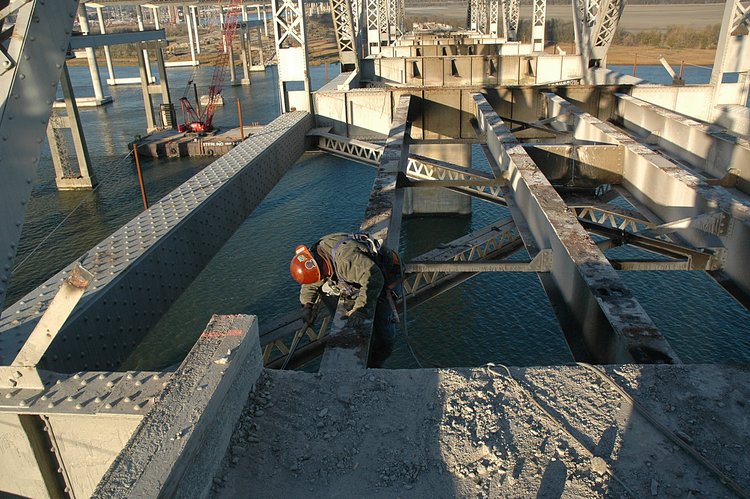 Next Brad moved his grapple into position in order to connect the cable to the girders as Richie and Speedy position themselves for a little shackle action. 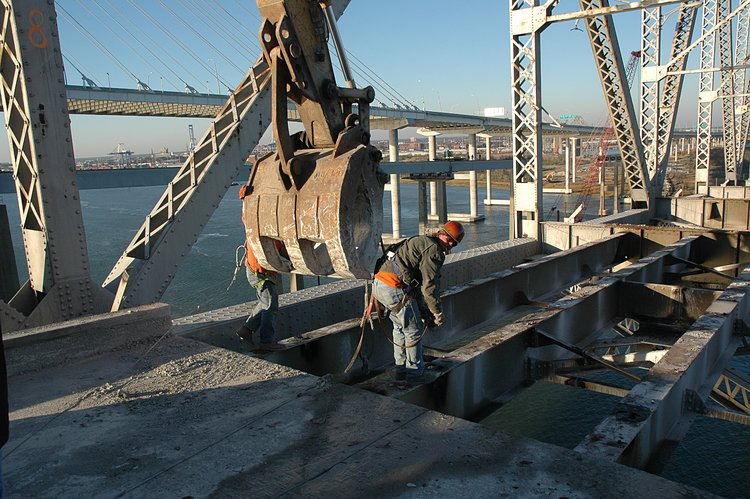 Richie and Speedy connecting the shackles to the girders 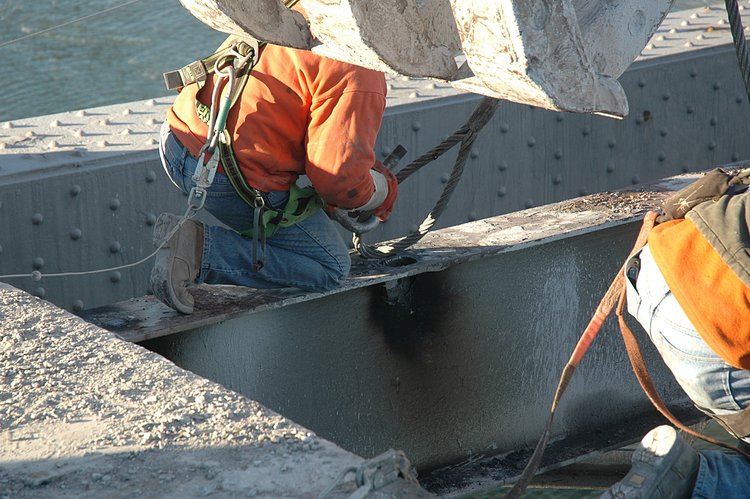 and here Richie is finishing tightening the shackle pin 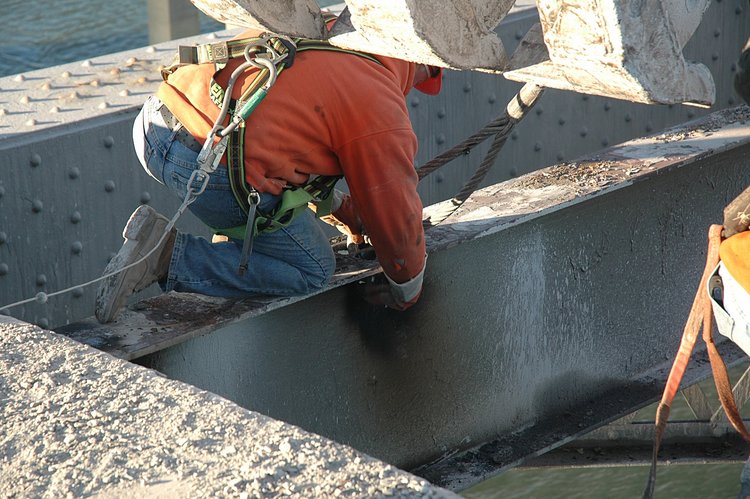 Then Brad gently lifts the grapple to stabilize the girder-pair 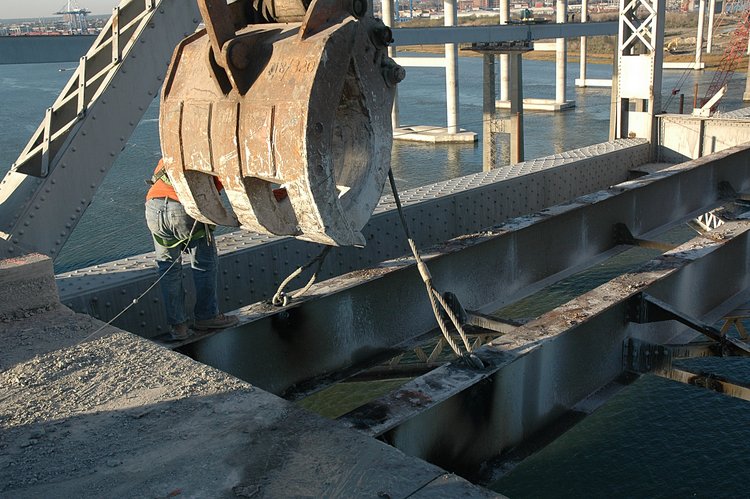 and Speedy completes the cuts of the left girder 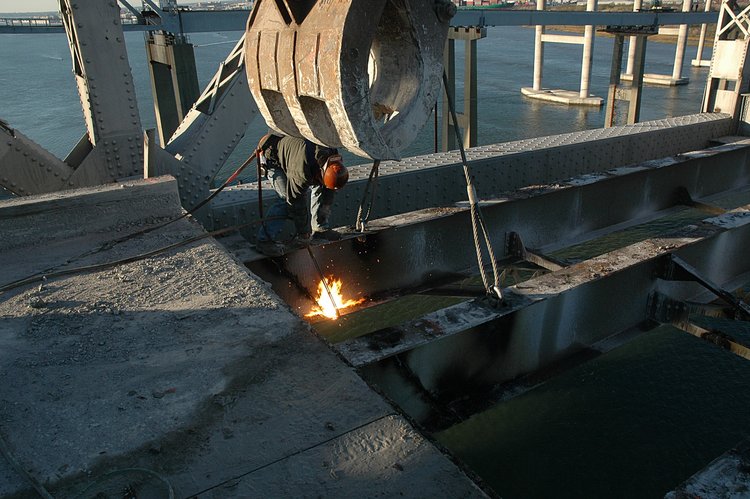 and the right girder 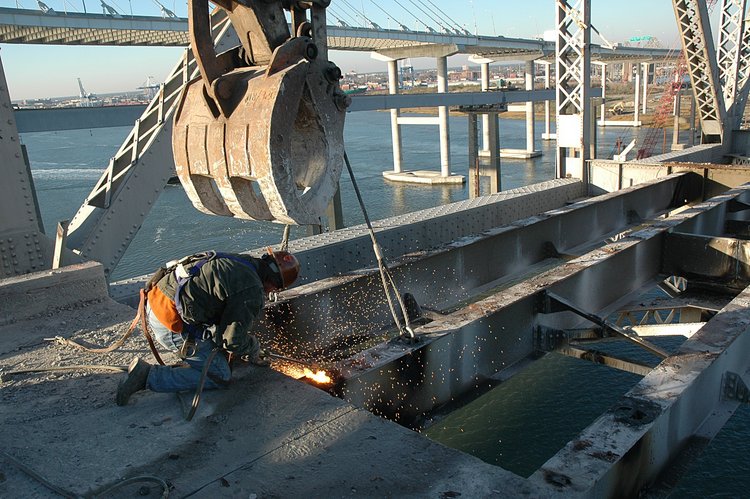 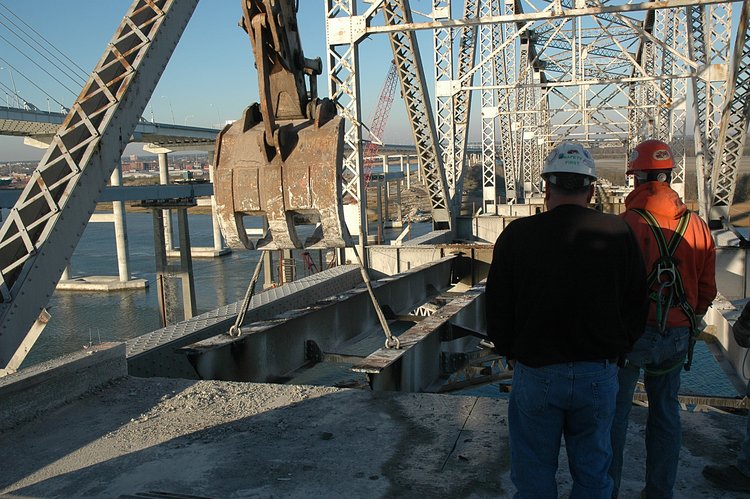 until the bottom of the girder-pair is above the roadway 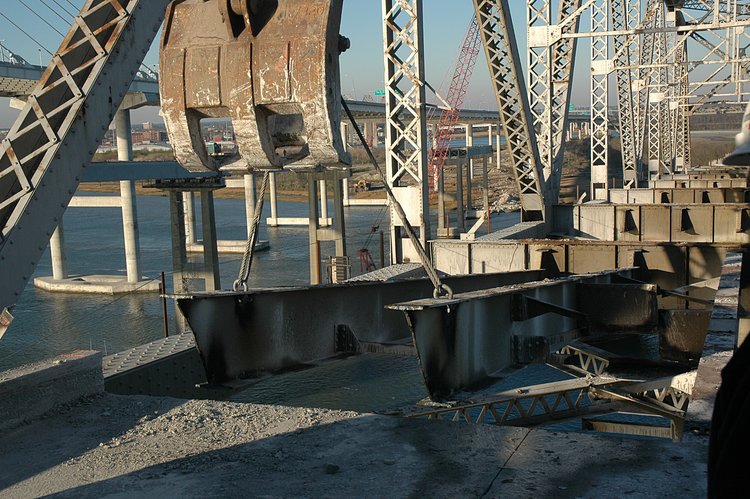 up a bit more 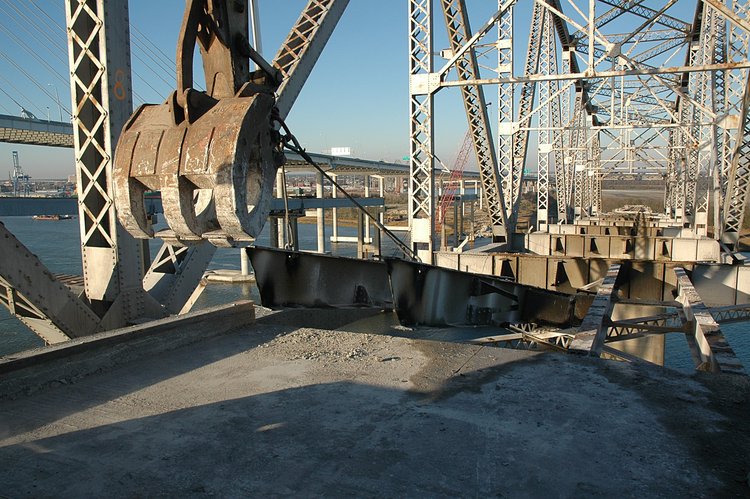 then moves his excavator back, pulling the girder-pair along the roadway 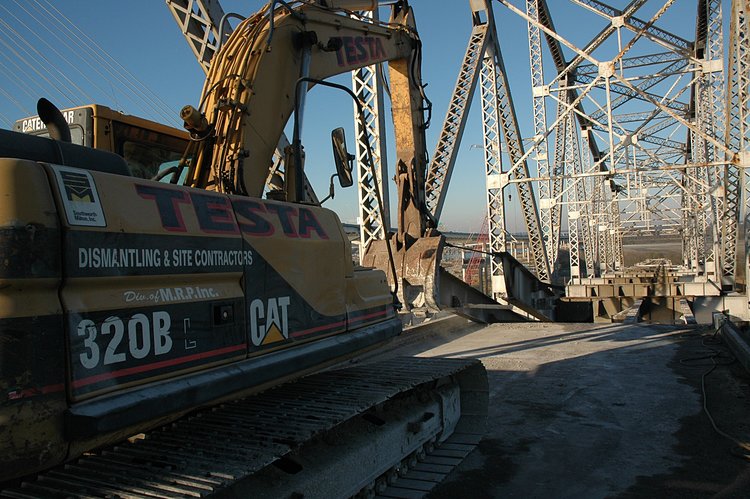 then Pio pulls the girder down to the Coleman recycling center 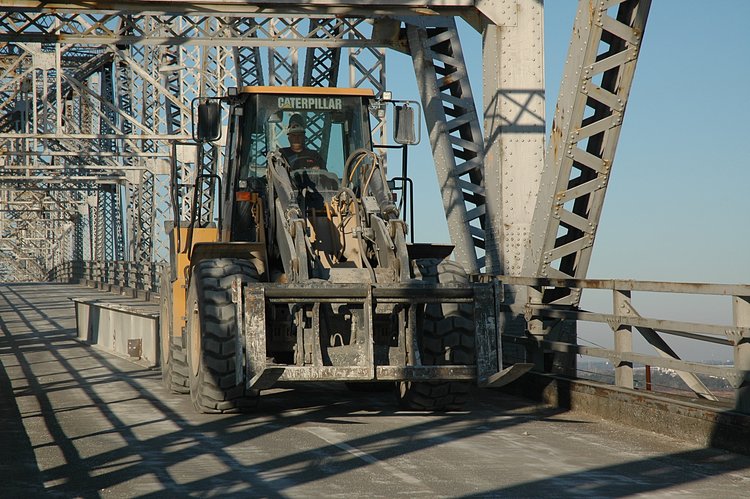