Joe Duffy has been filling me in on the history of the jack-up barge. Here you can see the hammer picking away on the nearer corner of M-8 Pearman support. To the right, you can see the roots of M-7 and M-6 from work last week and earlier this week. 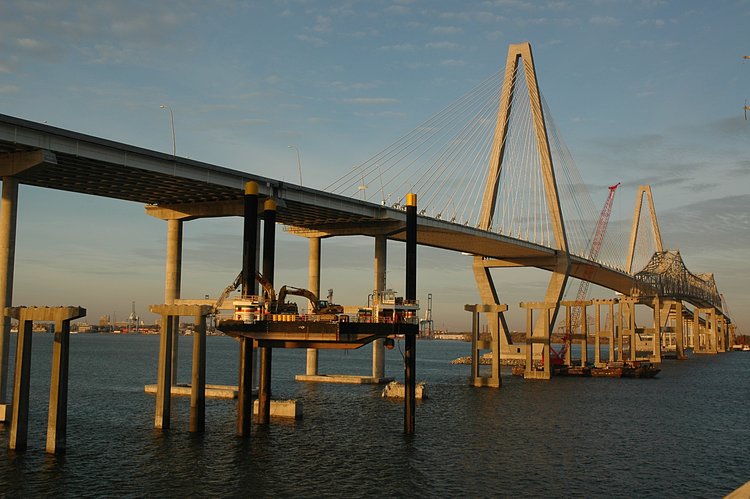 And also, his calculator has been working overtime. When the roadway is removed, each section is 4' x 10'. Joe has done some back-of-the-envelop calculations and come to the conclusion that if you placed, end to end, all the 4 x 10' segments of harvested roadway - then the 4' sidewalk would extend to I-95!

Here is Pio contributing to this calculation, and moving several segments to the base of the Grace Bridge - with the morning sun in our eyes. 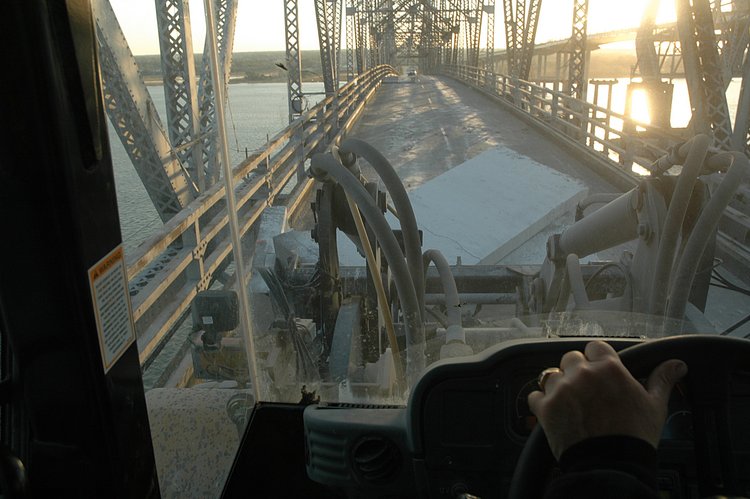 Its difficult to take a photo without catching some or all of the rear view mirror. Here is self image with camera in the mirror 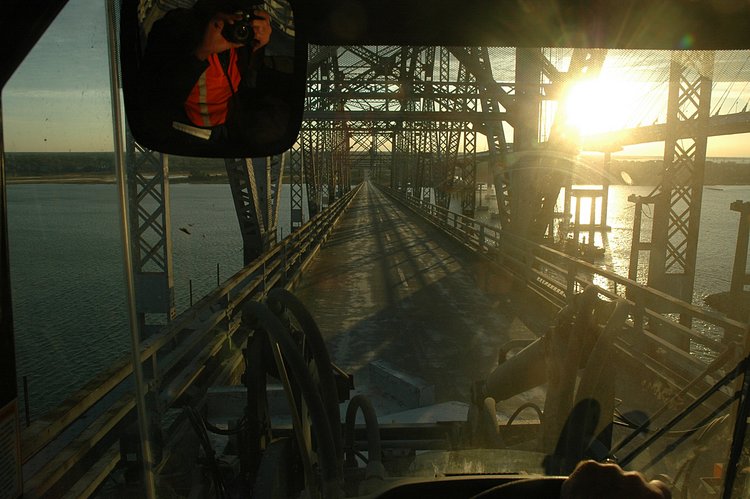 and if I move just a little bit, you can catch Pio with a small small smile as we make our way down the Grace ramp 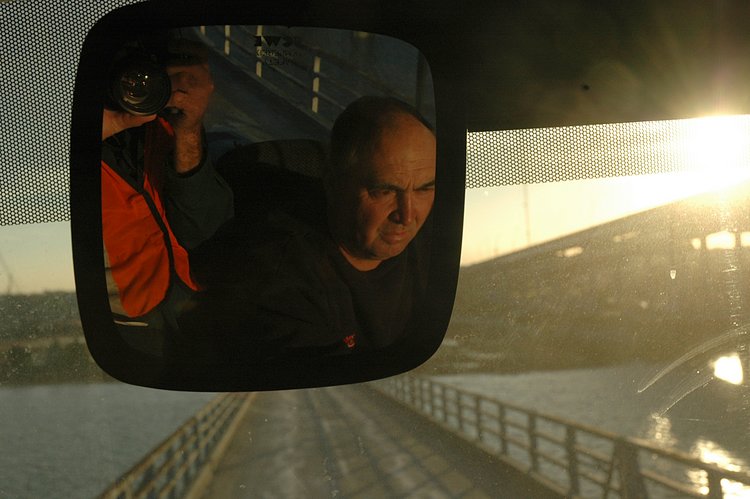 where the segments are deposited in the to-be-reef depot 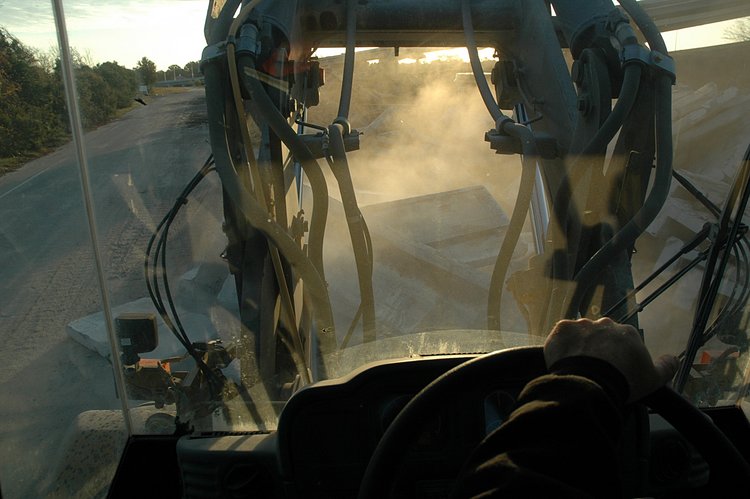 then Pio backs up with Cousin Arthur watching 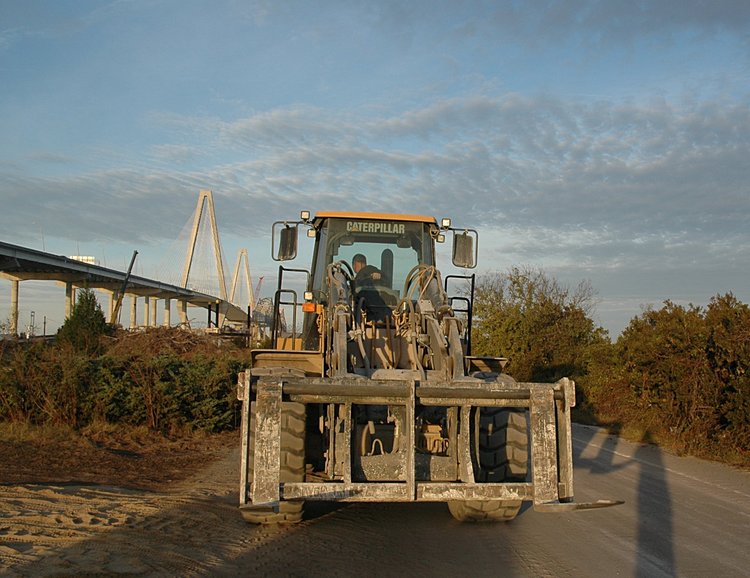 and another view of the back-up exercise from the Pearman 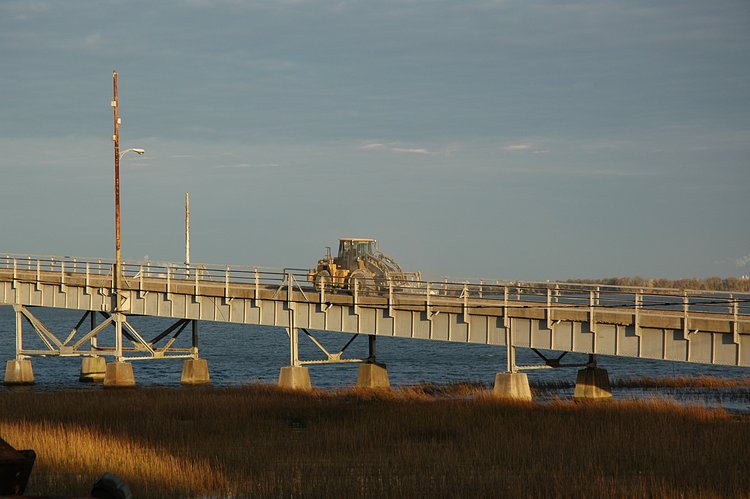