Manny, with baseball cap in place to move the elevator to the top floor 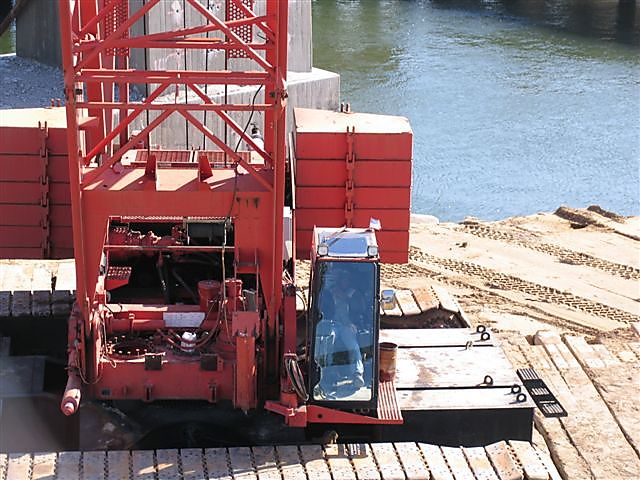 Carlos and Stan riding the elevator 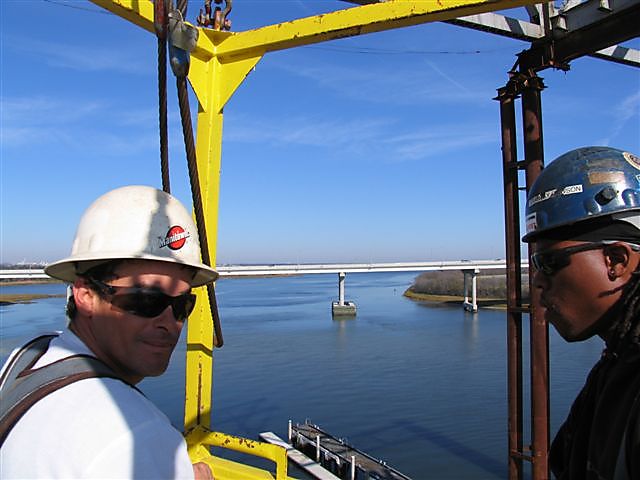 A rarely seen side of Grace 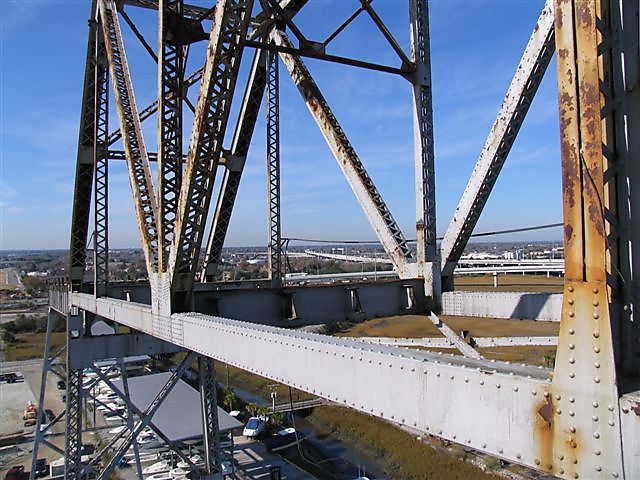 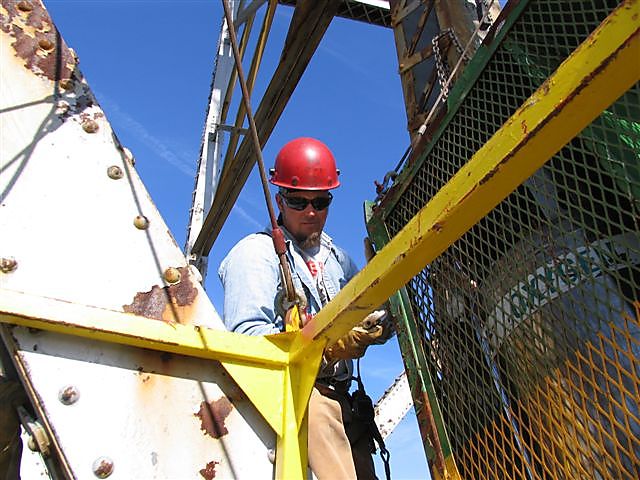 Looking down at Manny 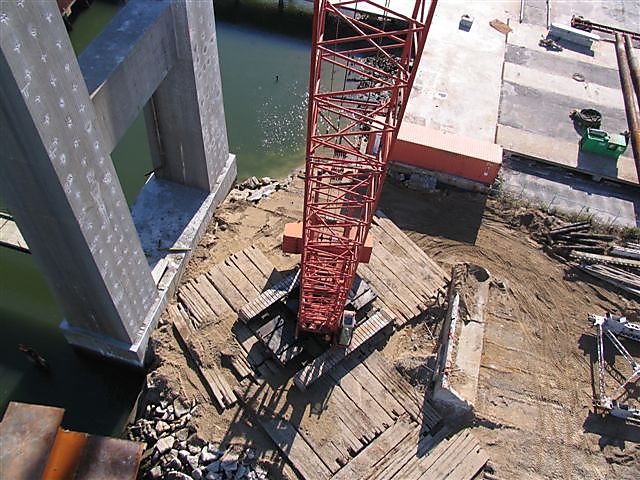 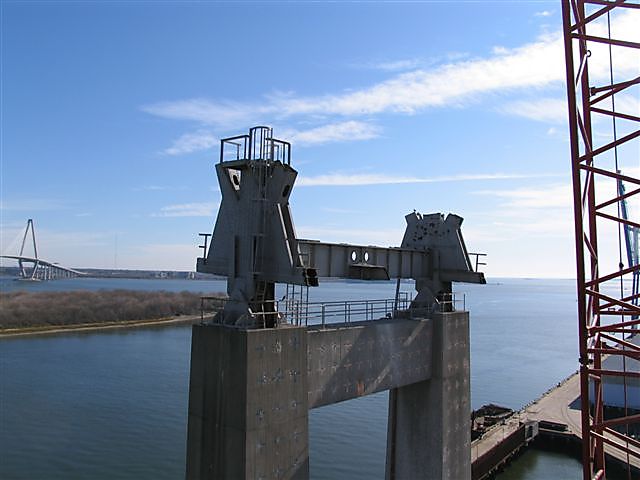 and the Ravenel Bridge 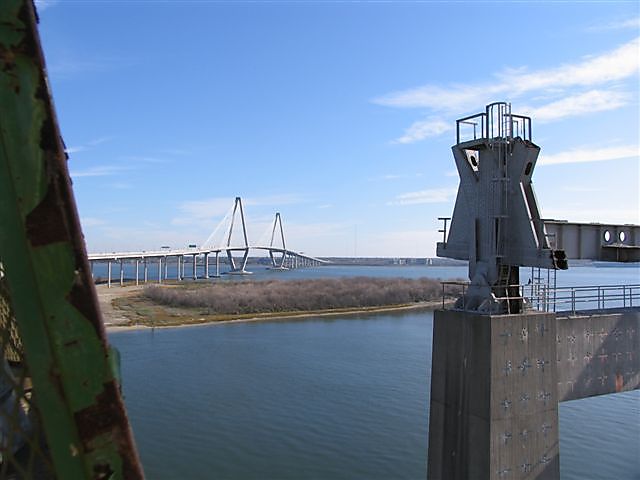 Looking down the temporary support 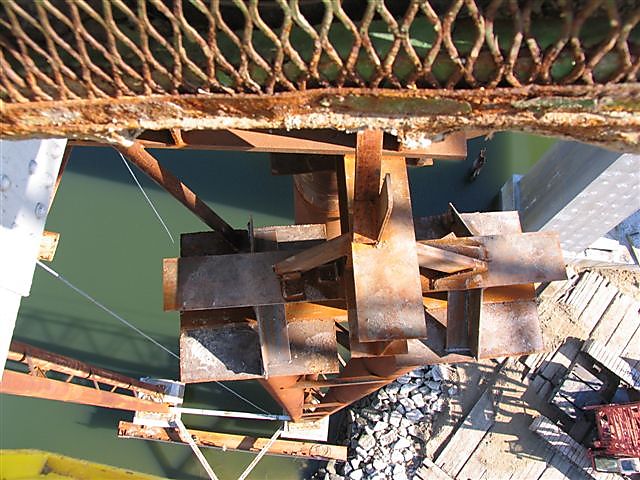 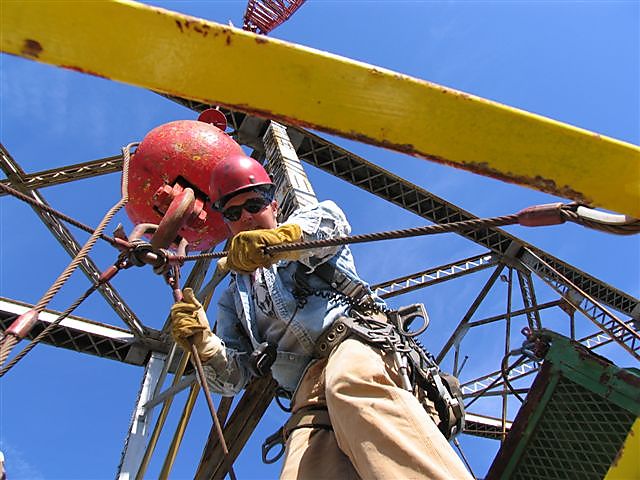 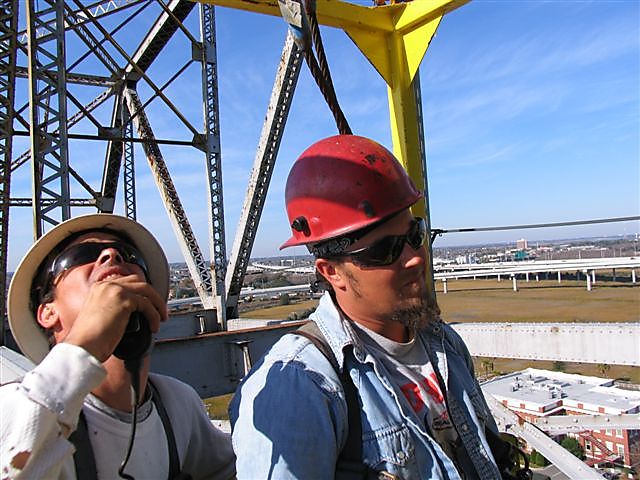 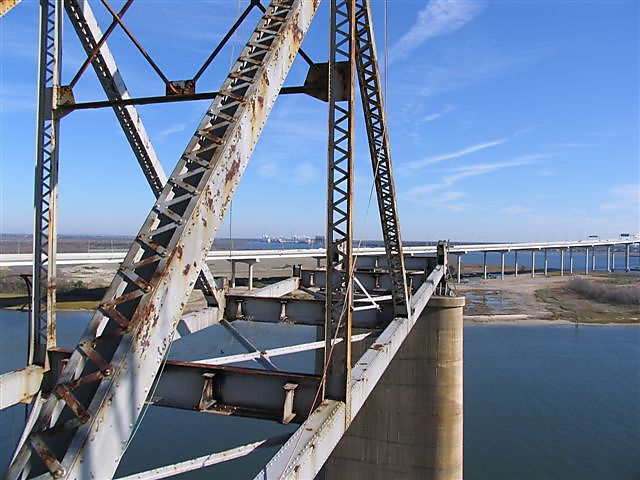 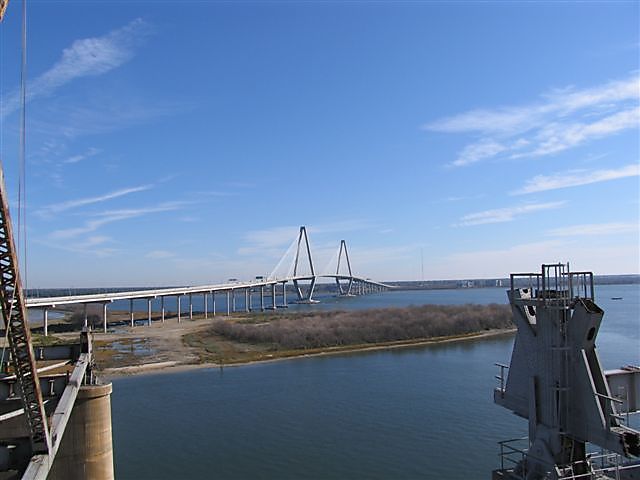 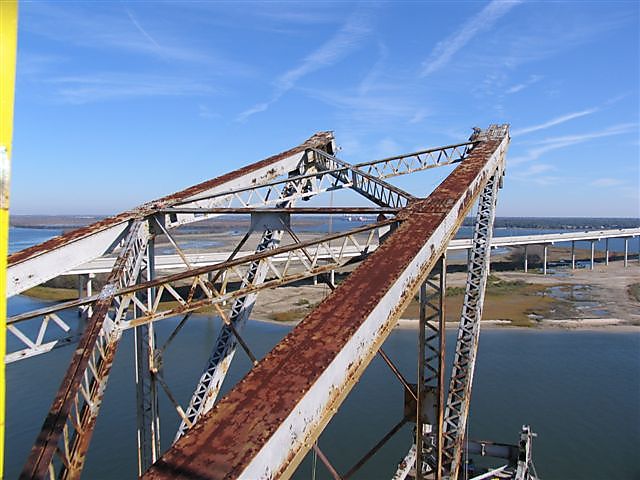 and its downhill continuation 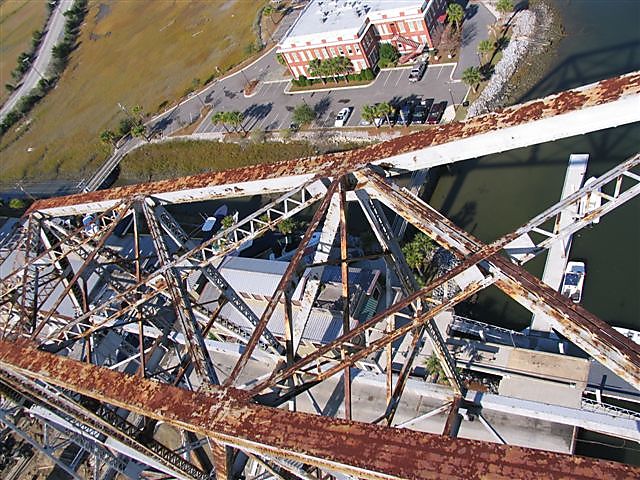 A better view of the Grace skateboard ramp skeleton. And check out the rejuvenated green space (upper left) between East Bay and Meeting Street. 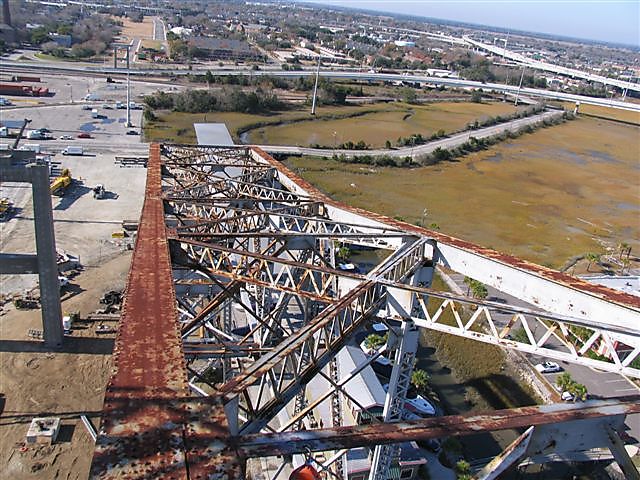 Carlos inside and Nugget outside 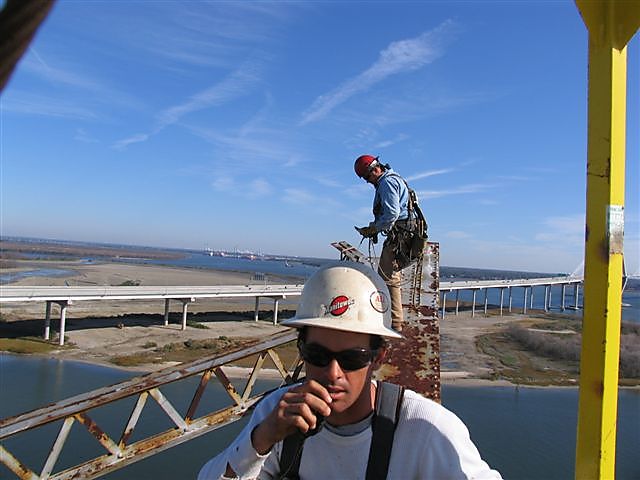 and what a view of the Ravenel Bridge 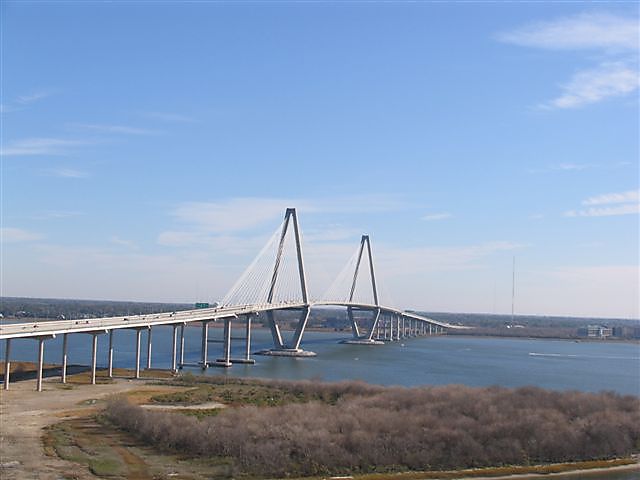 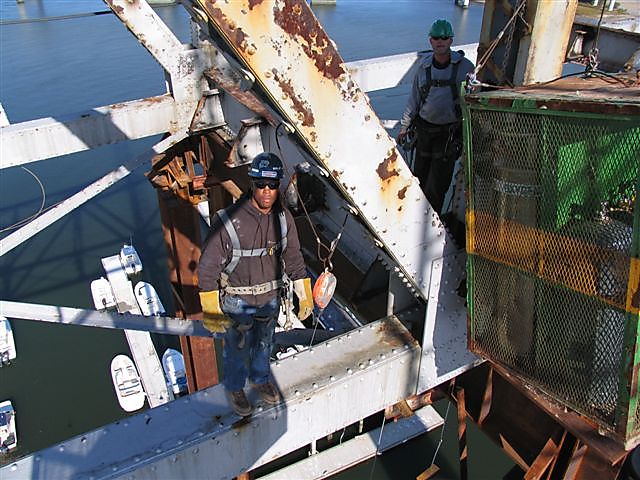 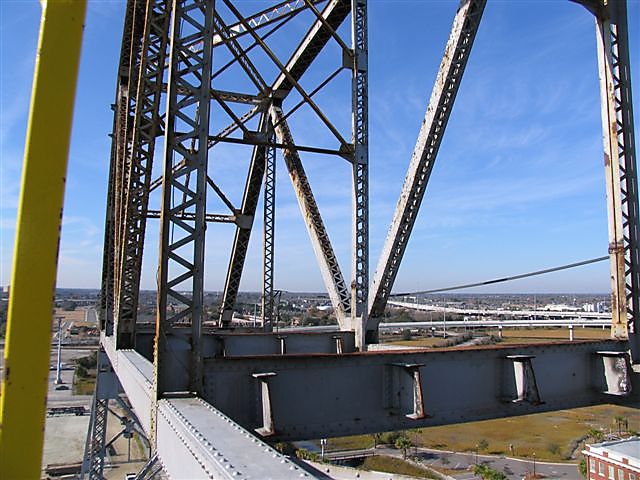 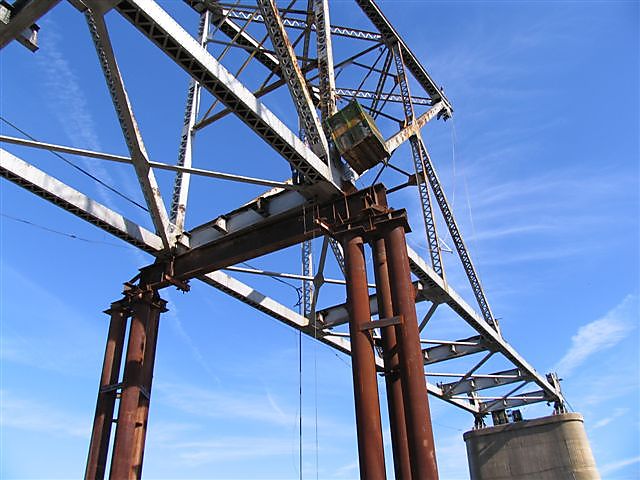 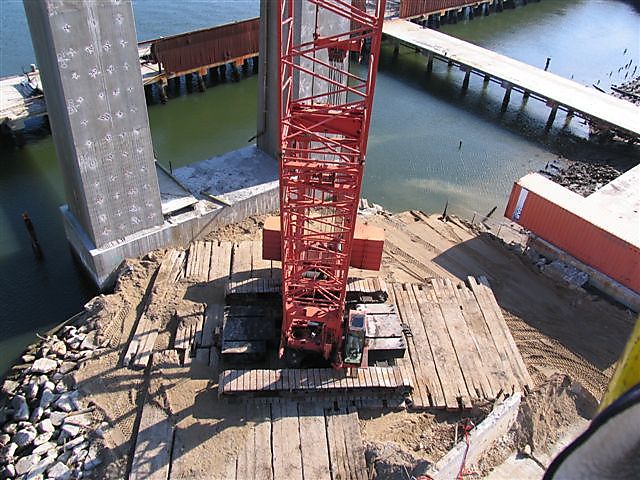 The elevator, Paul and Manny's hook 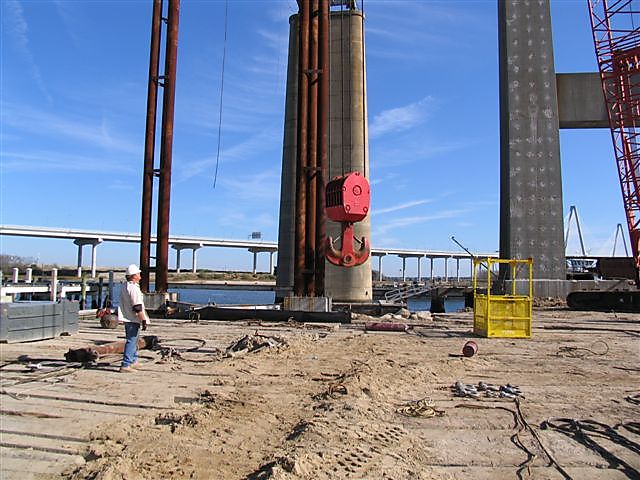 And just so you don't think we have forgotten about the Ravenel Bridge - Sparky got a sequence of these. Wonderful reflections, light streaks of moving cars - simply wow! 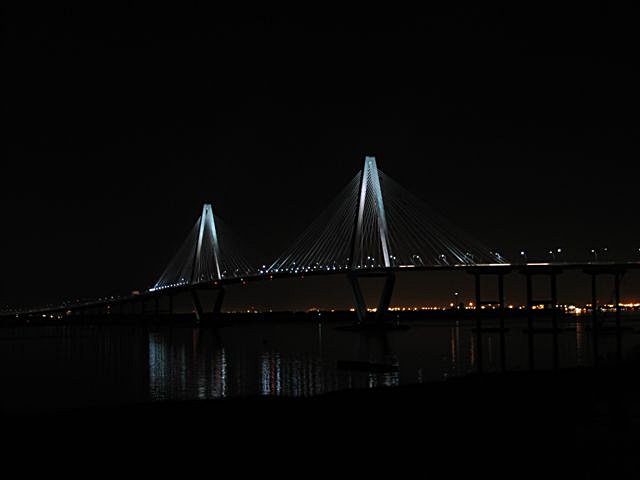