Sparky and Teasie got an early start - first - getting there 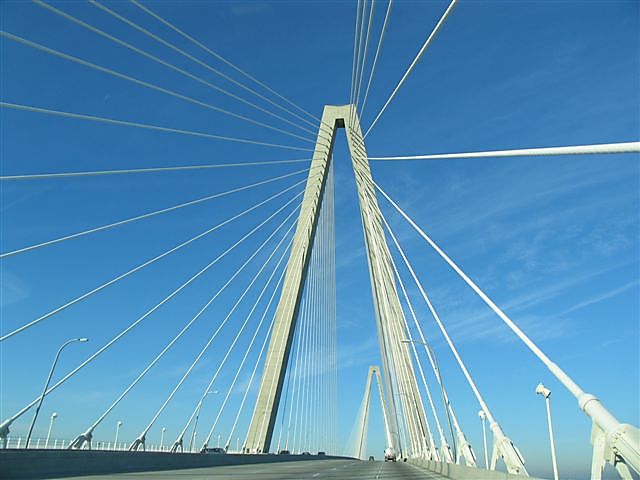 and Teasie - who generously donates Sparkys time to our projects - a bit Merry Christmas to Teasie and her generosity! 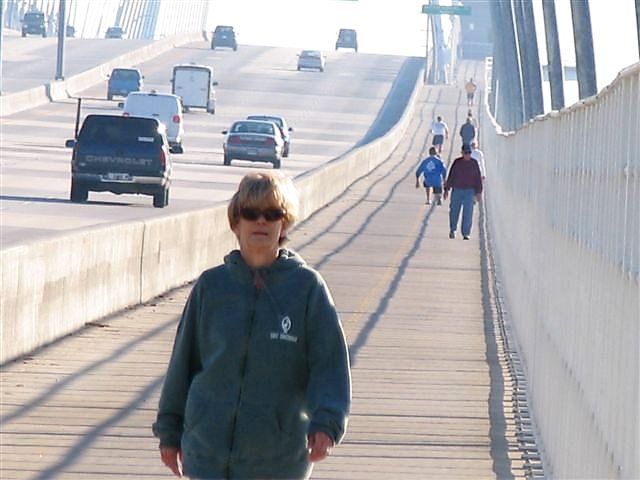 and from the Ravenel Bridge they watched Carlos, Nugget, Manny and Stan do their thing. 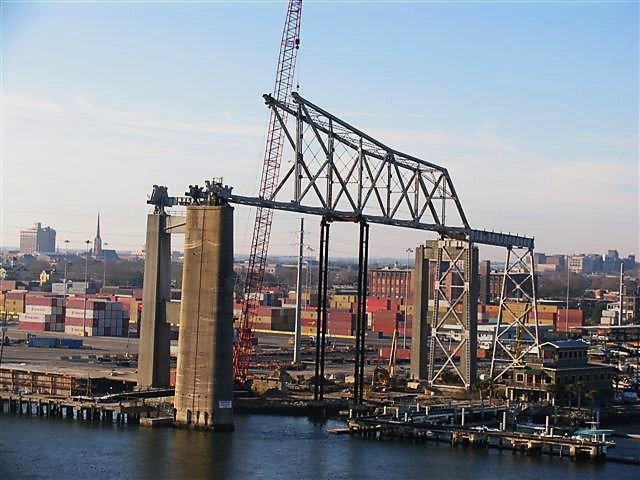 Clearly from the bicycle/jogging lane - there is a pretty good view of Manny and friends, unbuilding Grace - here lifting a section 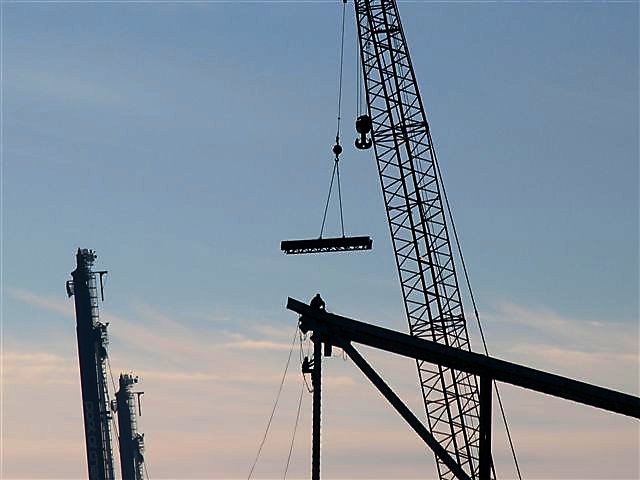 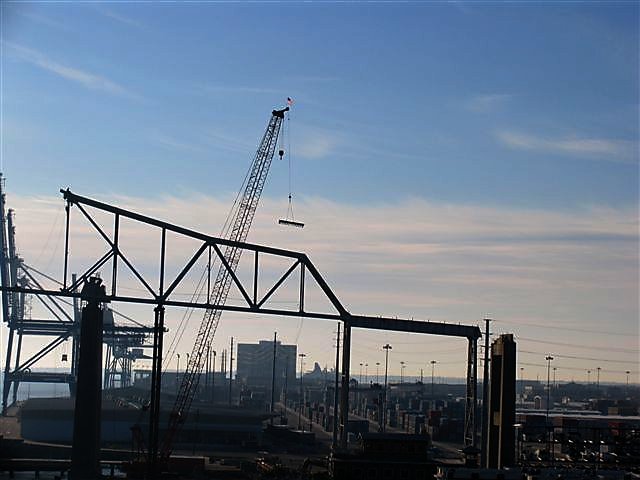 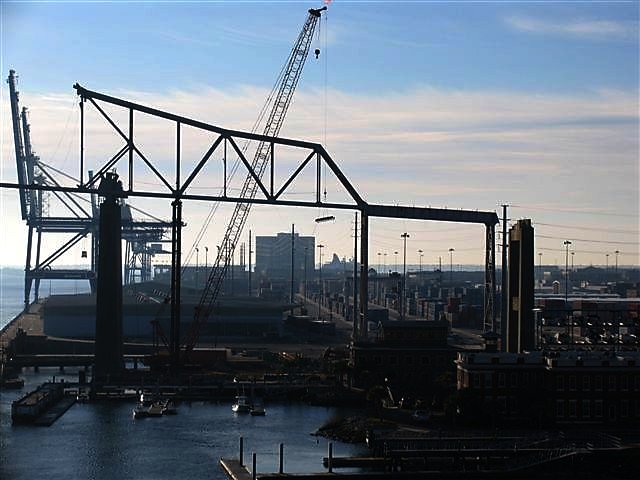 Then a display of aerial acrobatics 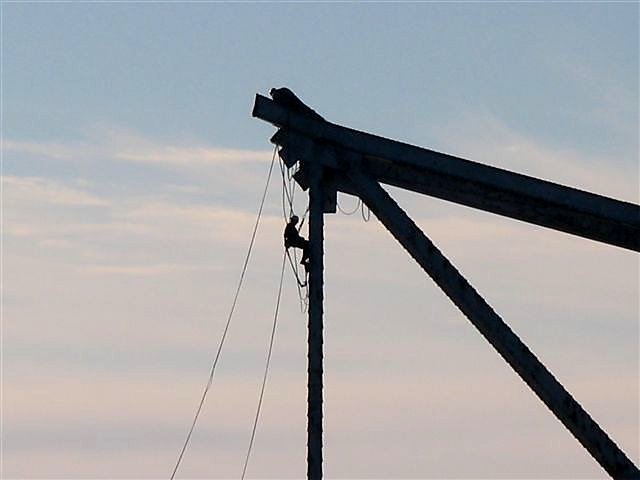 Carlos practicing his climbing skills and getting into position 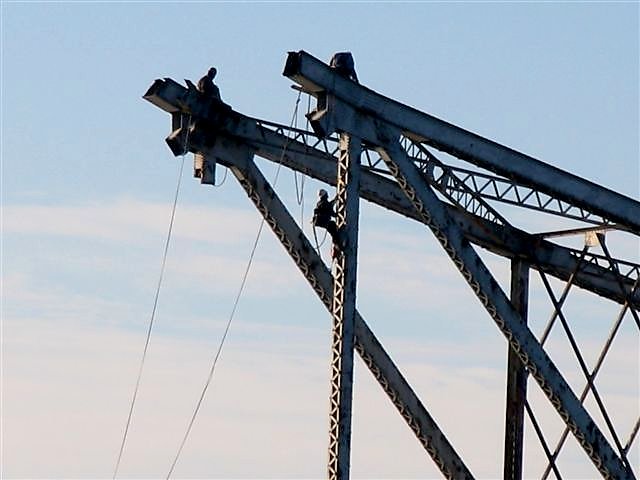 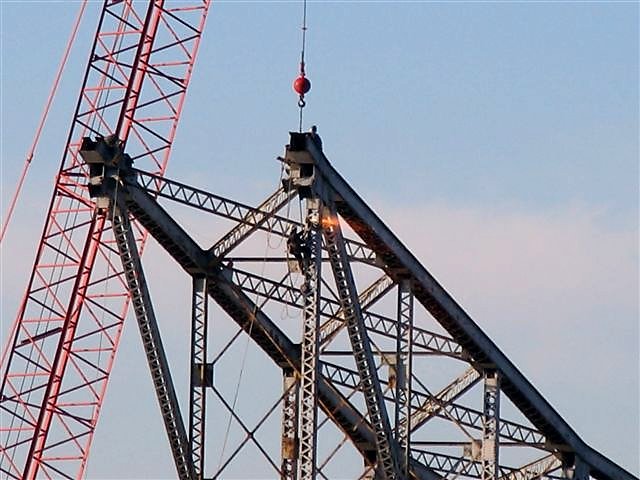 climbs into the chillin' position 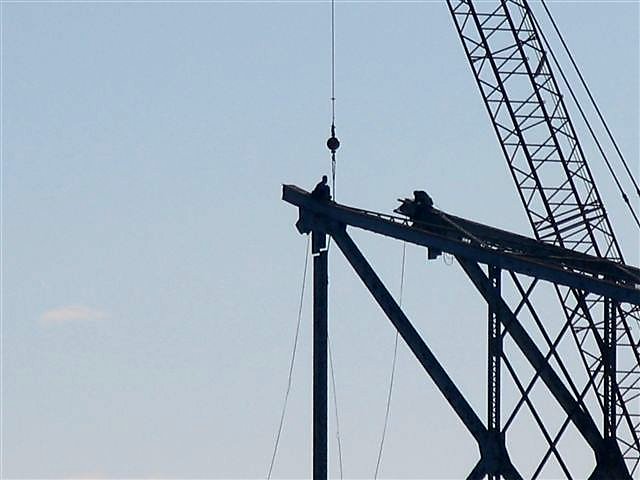 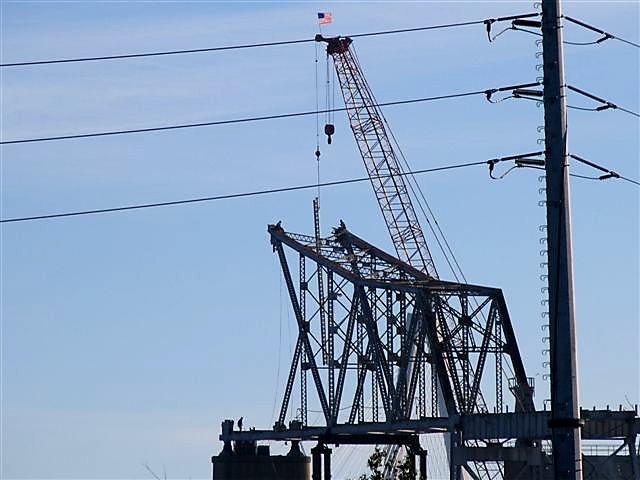 Its a Christmas light 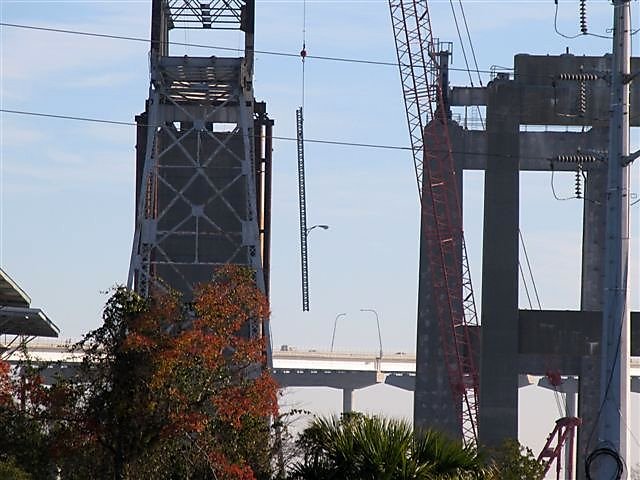 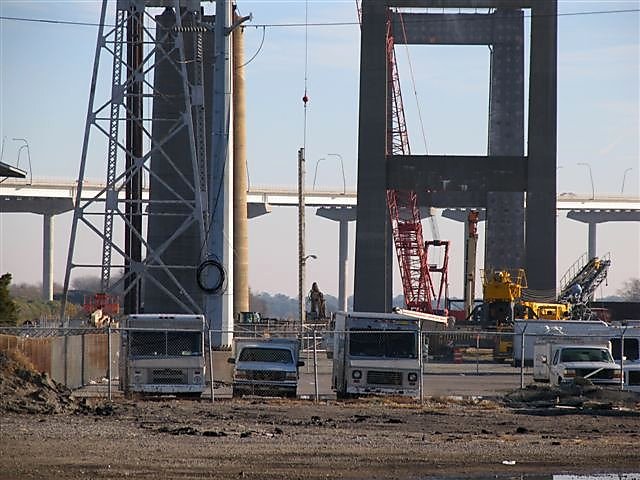 and on the ground 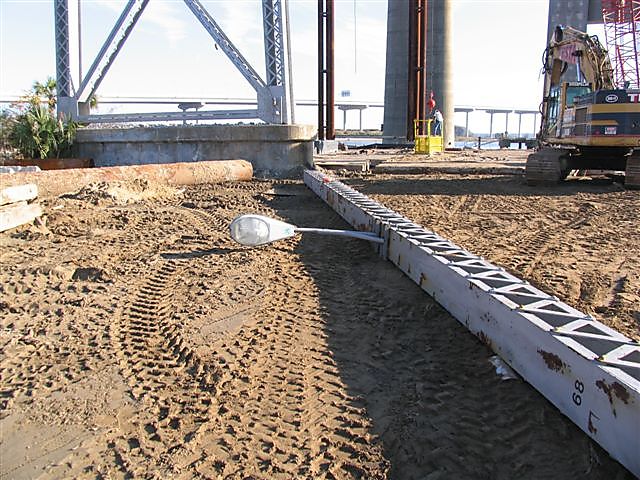