More views from above - here East Bay, the entrance to the Columbus Street Terminal and the Tasta yard 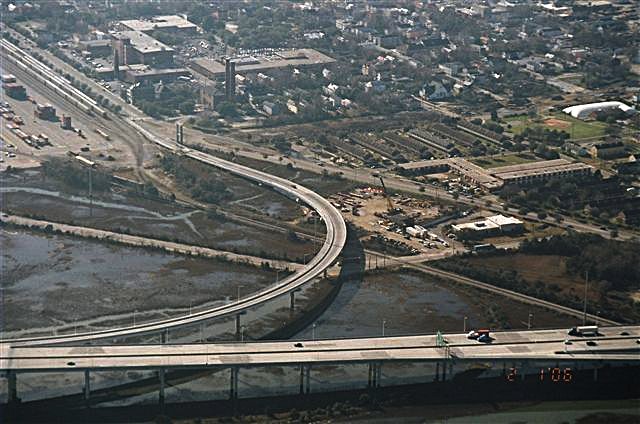 Town Creek and the jack-up barge 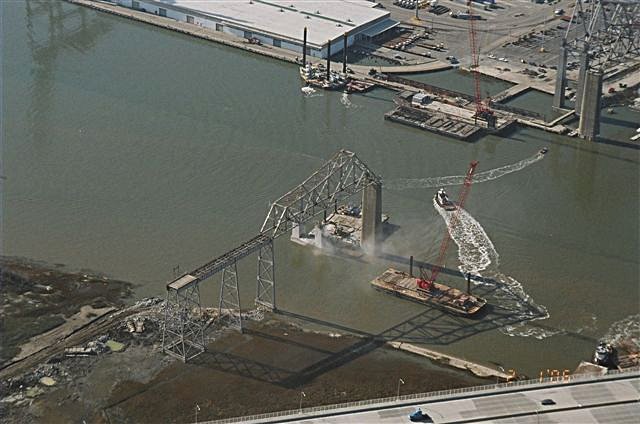 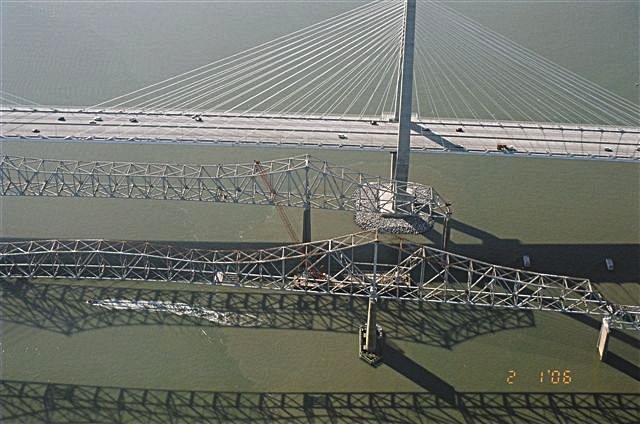 Pio and his Graceful team 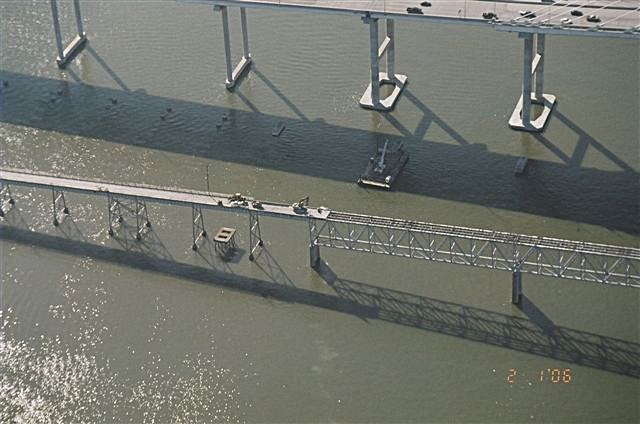 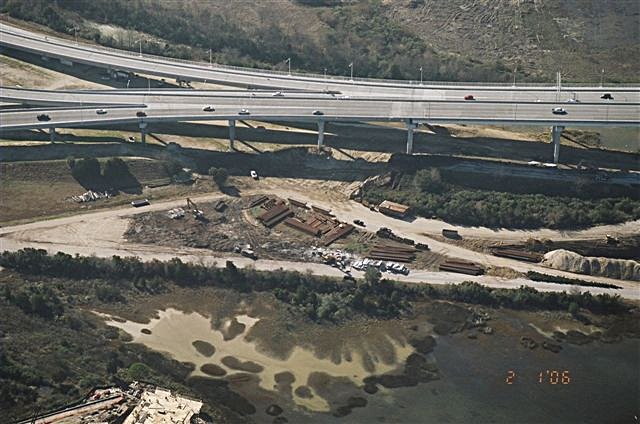 Looking west over the Ravenel, Pearman and Grace structures 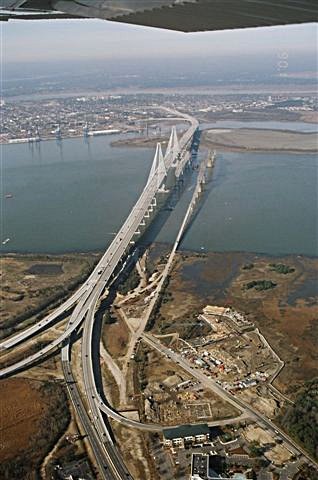 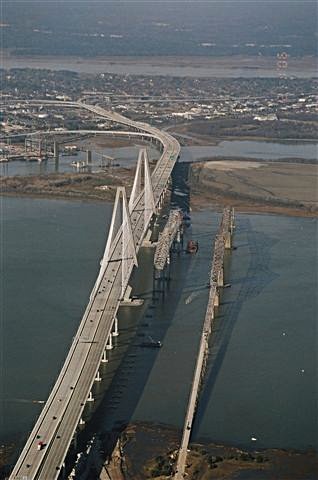 The new Ravenel Bridge is always a delight 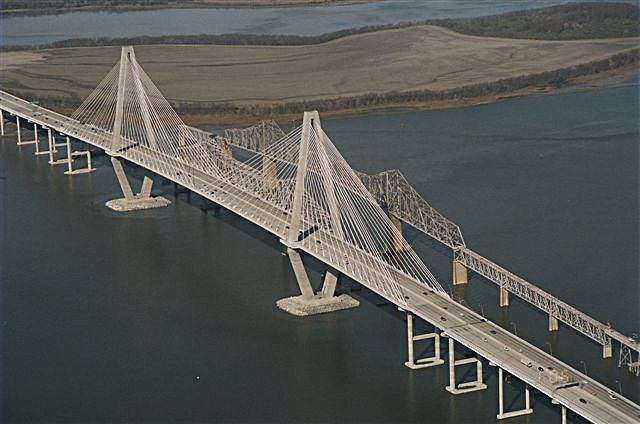 Town Creek and tenacity of purpoase 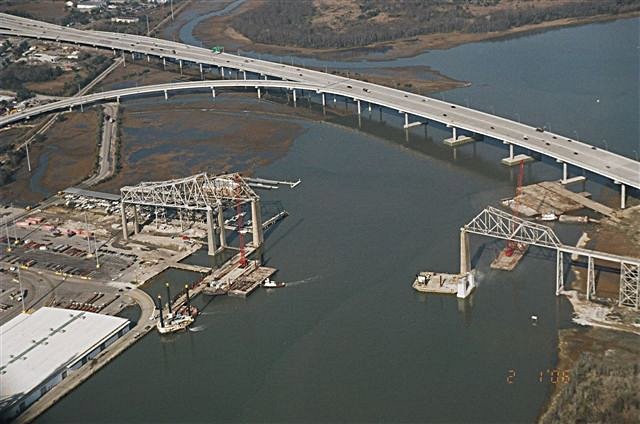 The Grace and Pearman superstructures 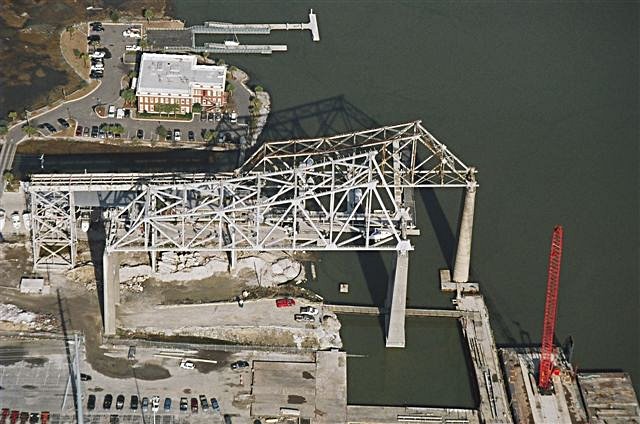 Looking along Meeting Street at the I-26 junction 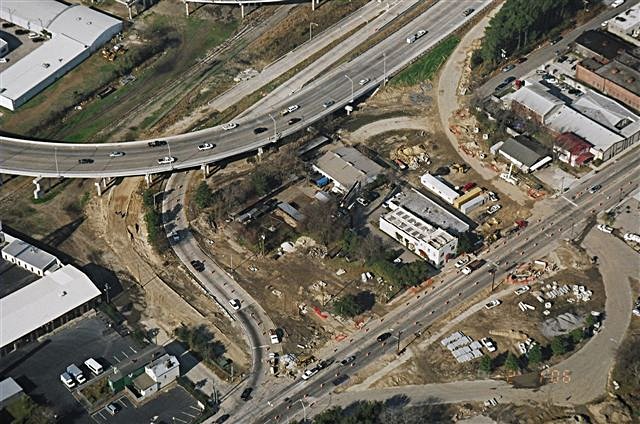 Looking east along the old US 17 path 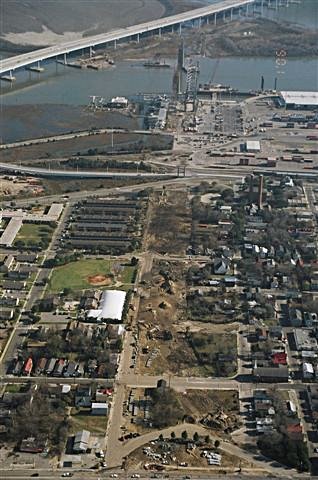 And in the beginning, here is where the Pearman on-ramp started 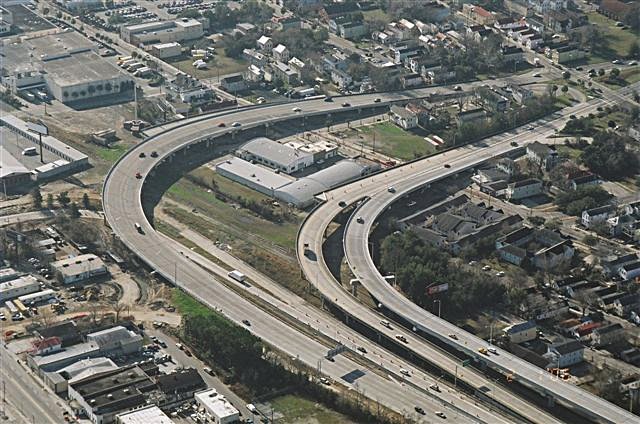