Home Meeting St East Bay Drum Island Mt. PLeasant Pearman Stories Grace Stories Implosions Enginnering Insights Stories of unbuilders Learning Links Bridge Video Bridge Blog Unbuilding Archive All Unbuilding Segments Building the Ravenel Bridge Photo Essays About me
February 3, 2007: Building the Mt. Pleasant Pier
Sparky tells me that it is a bit on the cold side and rainy in Charleston. Here in Singapore, we have quite cold weather. Typically its about 82 - 85 at night. But for the last week it has been a most pleasant, though cold, 75 (23 C). This gives quite a twist to the concept of global warming. We have, in reality, polar warming and equatorial cooling.

What is left today? Michael's 1250 and barge have been moved to the Navy Yard and T-2 is being drilled by Mickey's team. Now that Michael has cleared the center of the Grace pier, I think Mickey's team will drill that also. About the T-1 substructure, Chris Vocci, I think, has been hammering away at it - so perhaps it will be removed just by hammering.

Here is the worksite for the Mt. Pleasant observation and fishing pier 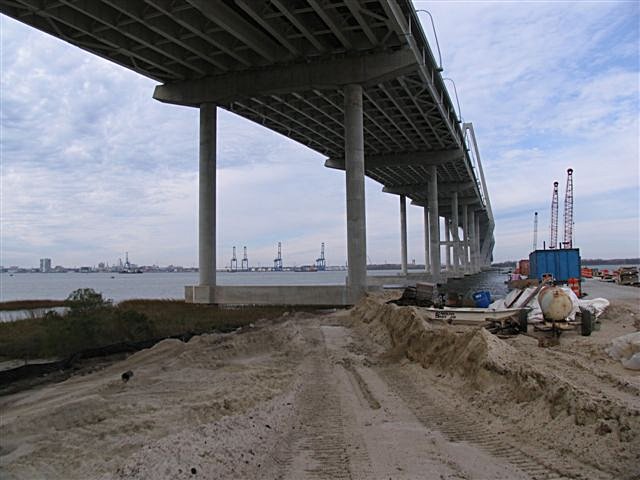 and looking back toward Mt. Pleasant. 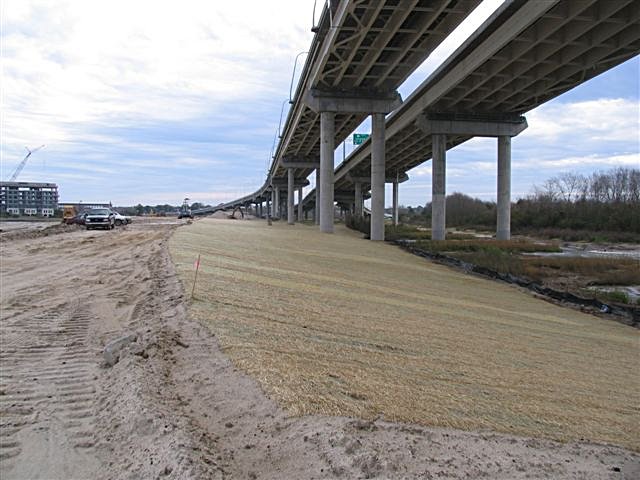 Look at the surface. Virtually the entire pier has a concrete icing 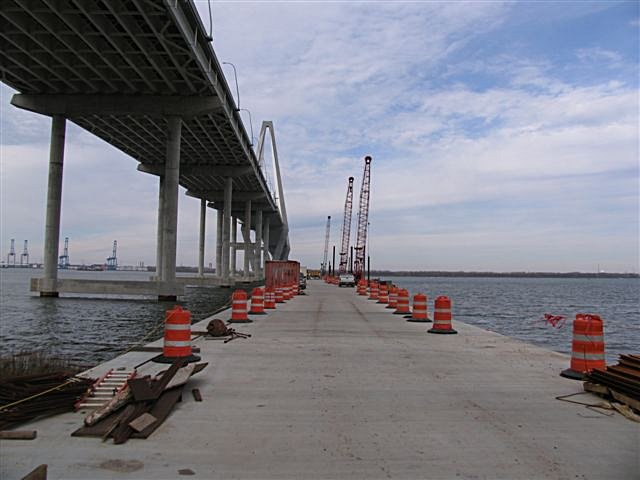 Further along the pier 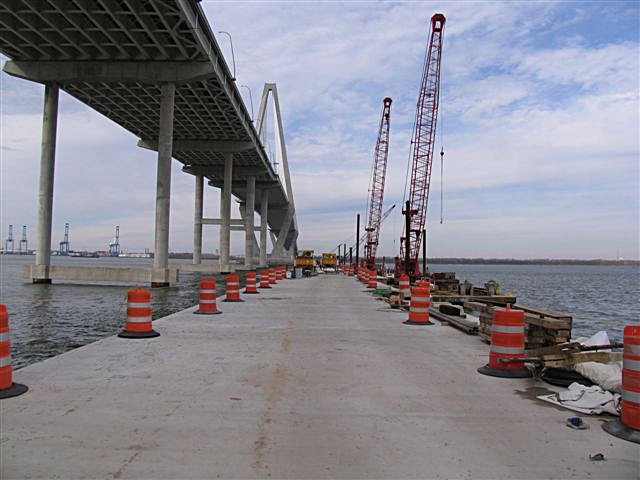 and recently poured concrete is curing 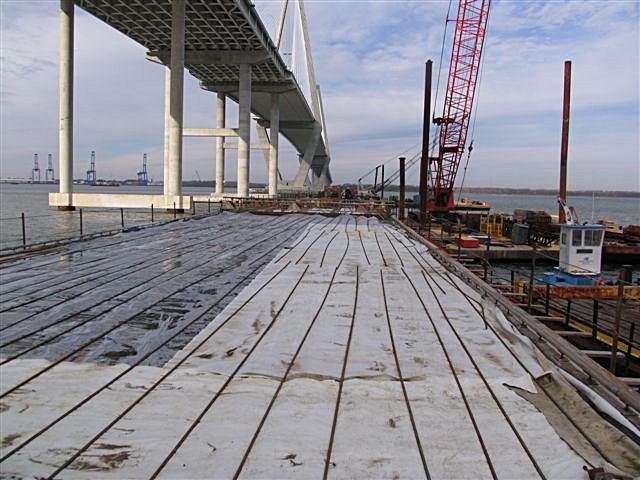 Some sort of work going on - but I can't figure it out. 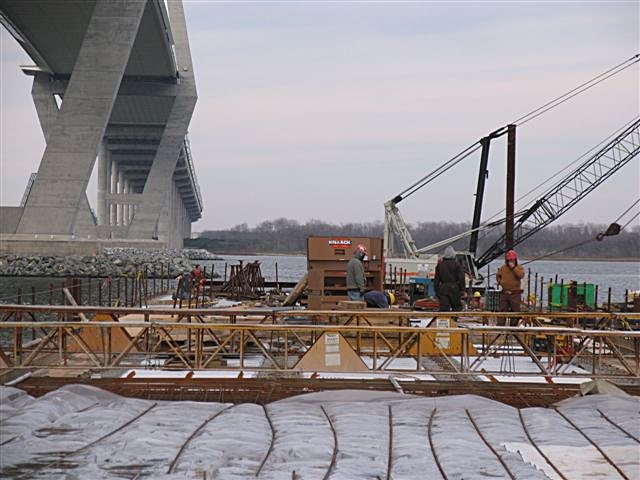 Our building team, looks like Joe Duffy in the foreground - but maybe not? 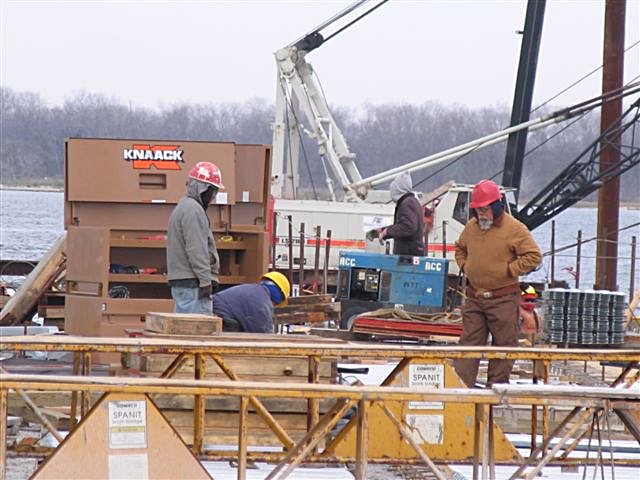 and back to the beginning - a view from the side. What a wonderful addition to Mt. Pleasant 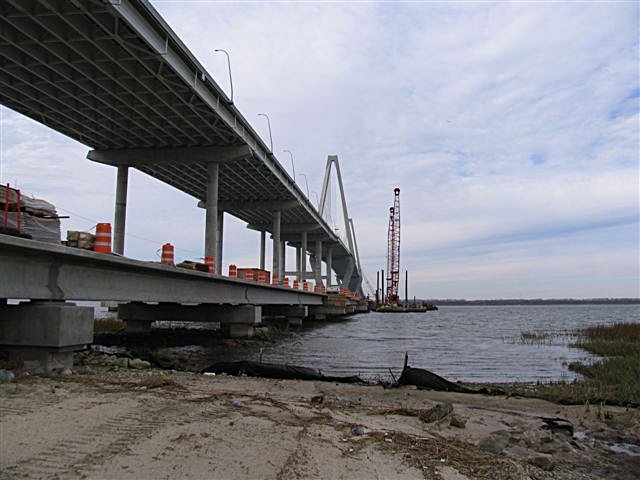 and a pleasant graded side - making the transition from the pier level to the marsh level. 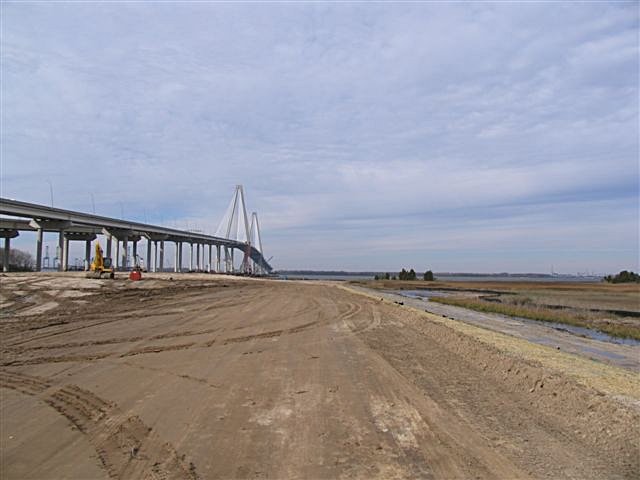