Sparky could not have caught a better moment -here is sunset over the Charleston Port. Grading is continuing in front of the pier - by Top Cat, the bulldozer operator 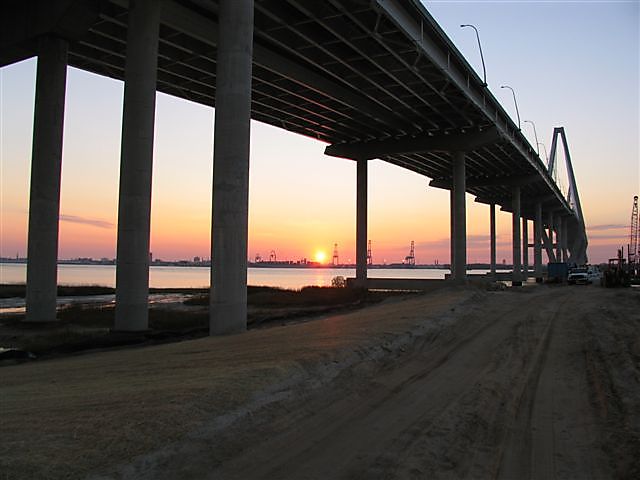 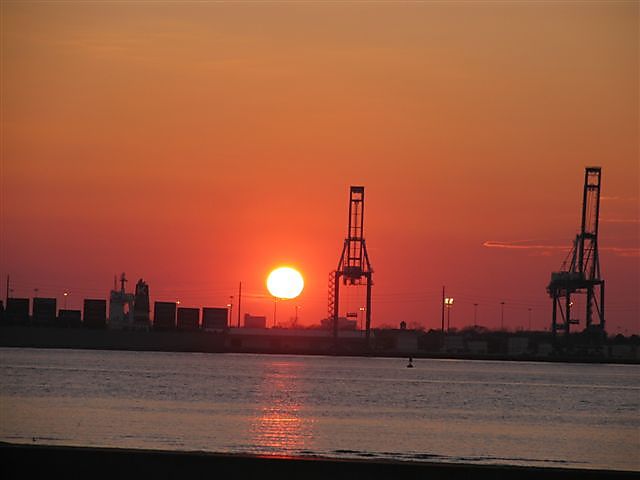 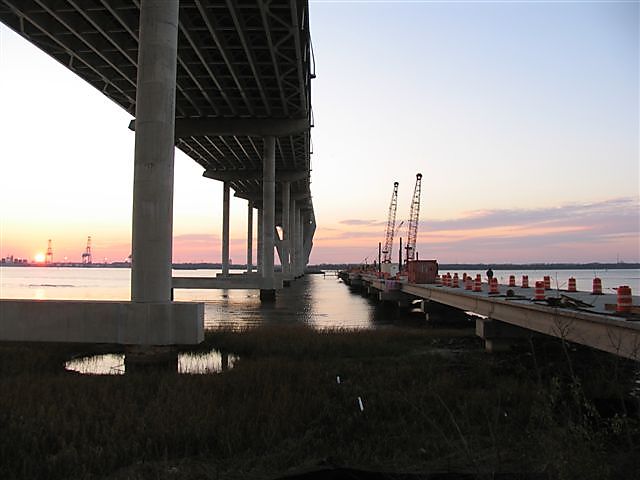 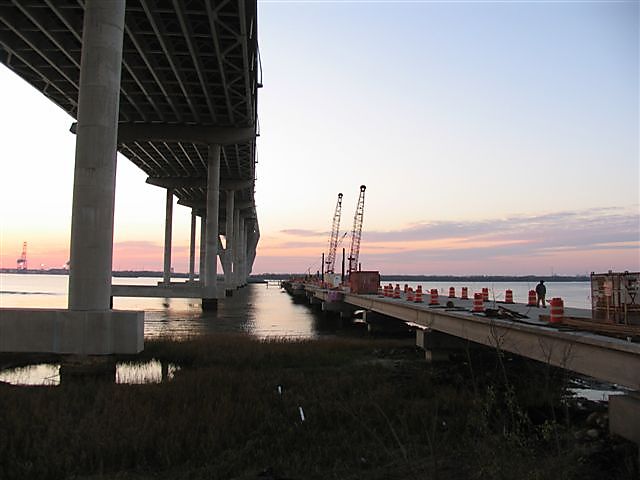 And another look at the sunset 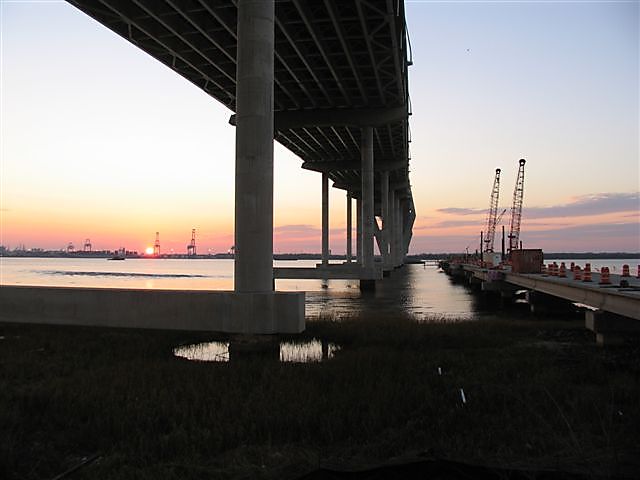