Home Meeting St East Bay Drum Island Mt. PLeasant Pearman Stories Grace Stories Implosions Enginnering Insights Stories of unbuilders Learning Links Bridge Video Bridge Blog Unbuilding Archive All Unbuilding Segments Building the Ravenel Bridge Photo Essays About me
February 12, 2006: Weekend Survey
Our Testa friends have the weekend off - so there is time for me to make a survey of where we are. Driving down Meeting street - work has shifted from unbuilding to rebuilding the area where the old Grace and Pearman ramps used to live.

Then to the Sea Breeze to check out the progress with Pearman pier, T-3. This is the pier, with so much internal rebar (3 concentric cylinders, I believe), that only tenacity of purpose will result in unbuilding this pier. Here is the current state - the left column is gone. The right column is a tangle of rebar with only a few feet remaining above the base. This is the challenge of unbuilding. These guys don't know what is under the covers until they lift them and take a look. I suspect the amount of internal rebar in T3 and probably T2 was a surprise. 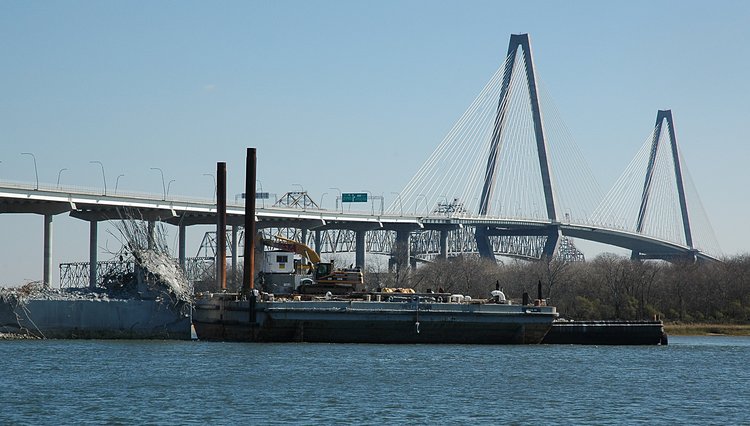 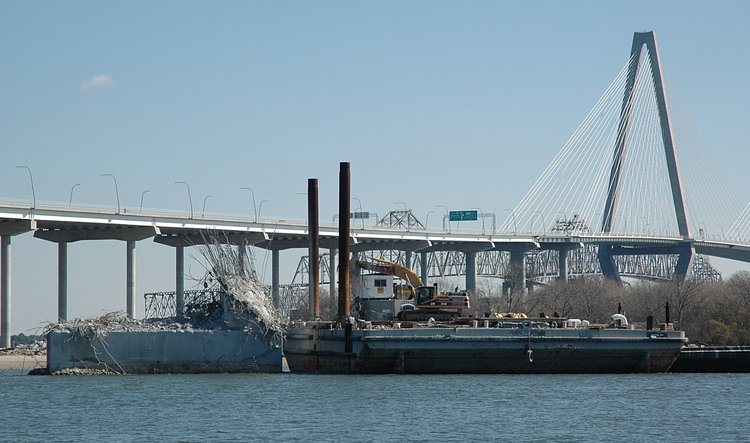 Then over the Ravenel Bridge to the Coleman Recycle Center - neat stack of bridge and ramp bones, ready for the next episode of reef transplantation. 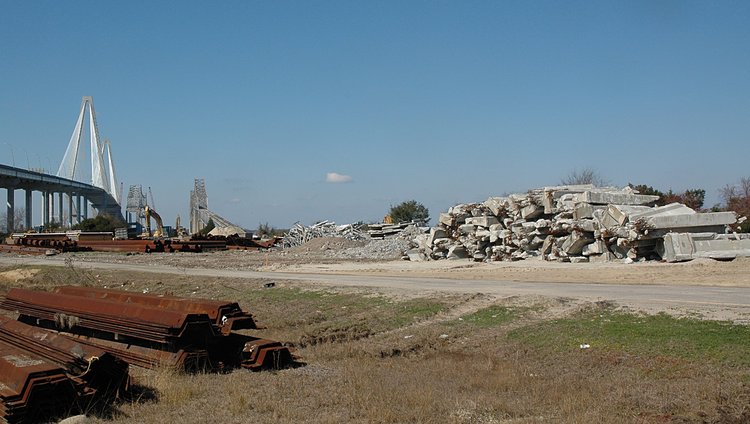 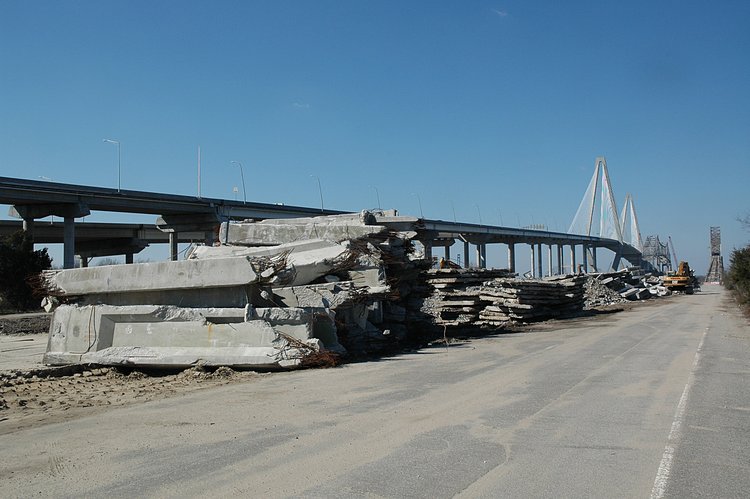 Looking east - figuratively, ready to extend the sidewalk that Joe and Pio are building out to I-95. Each segment is half the Grace roadway width and about 4 ft wide. 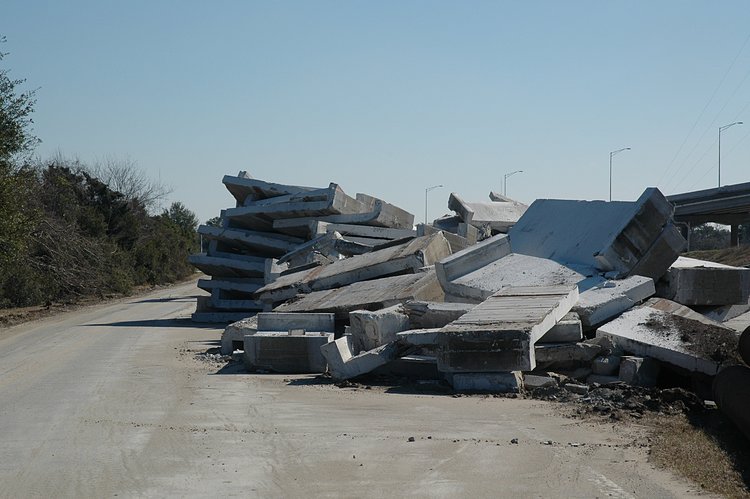 Moving along - here is a day view of the Roadless Grace that Richie, Jack, Roy and Rich made Thursday night. 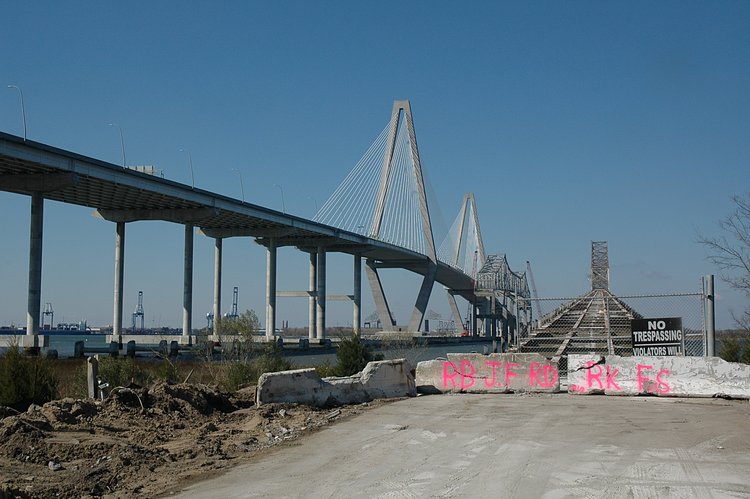 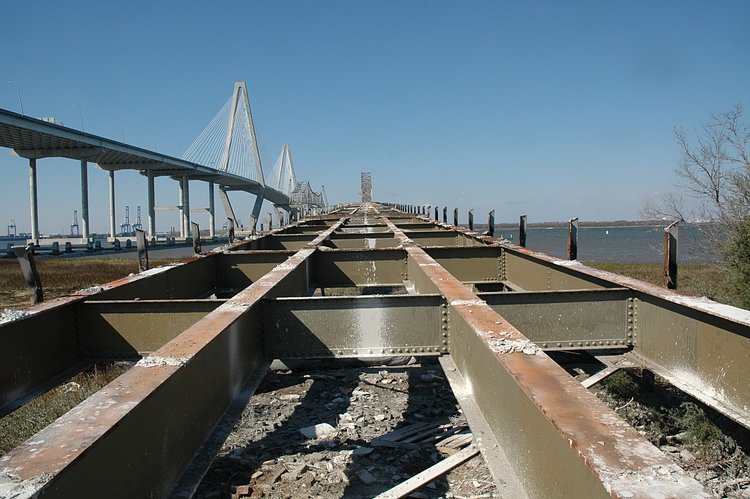 Then over to what used to be the Pearman on ramp. Here, a transition from unbuilding to rebuilding is underway - the new approach to the new Mt. Pleasant Observation pier 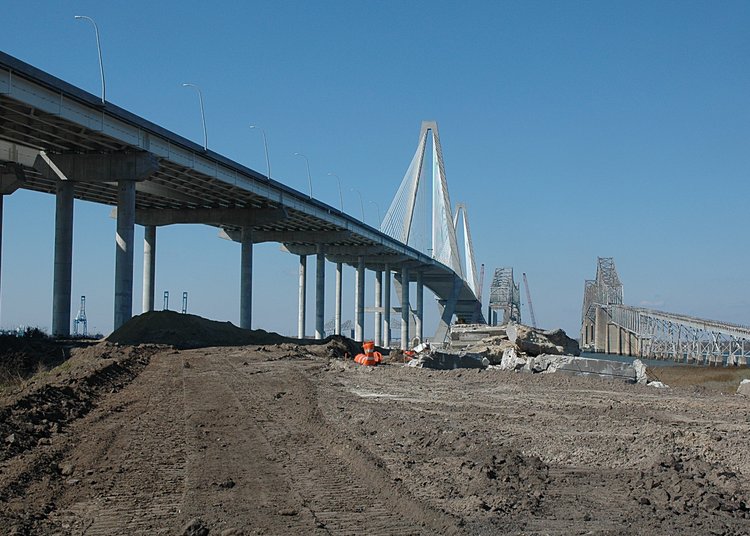 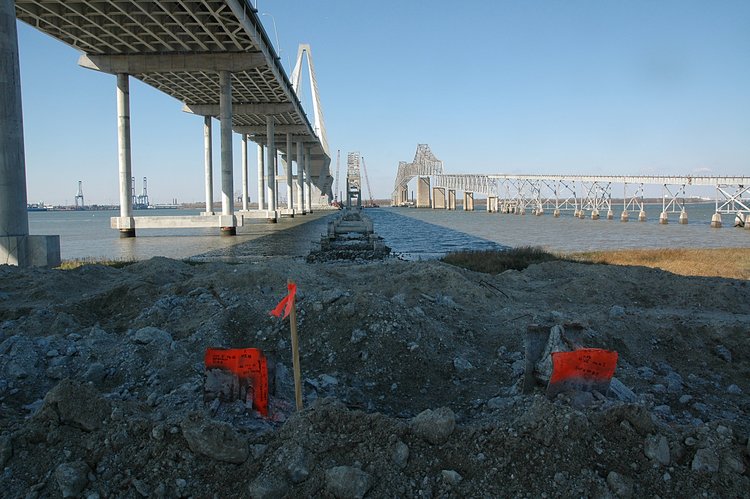 I like this - can't forget what to do when its written on the target. 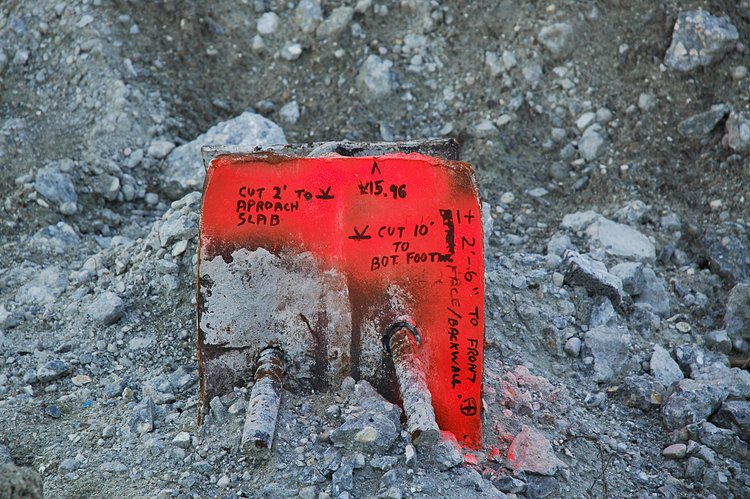 Now a preview of this week's action. The Dutch company, Mammoet, is in town to install the unlifting apparatus at the end of each Pearman cantilever section - just before the pins that couple the cantilever sections to the main span. Then on February 22 more or less, they will lower the Pearman main span to a train of barges below. You can see some of the preparations: installing the transverse beams that will support the hydraulic lifting/unlifting units. As I understand it, they work sort of like a hydraulic ratchet - lowering a fixed distance, then resetting and repeating the ratchet-like lowering until the main span is resting on the barges below. Probably the operator is sitting somewhere in a comfortable chair with a laptop to control the four hydraulic lifts. 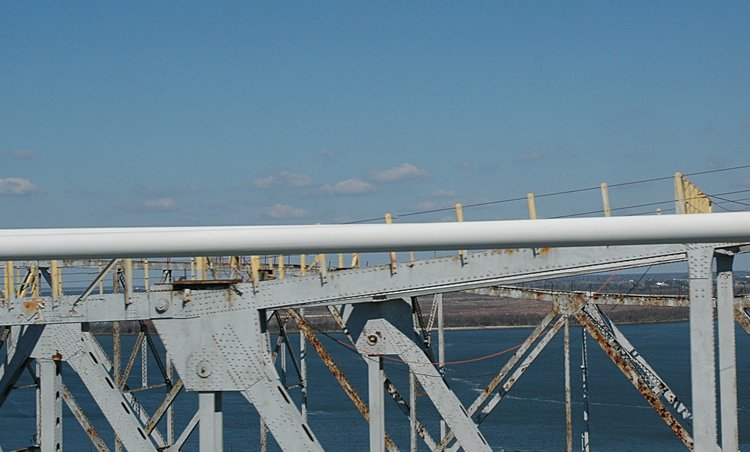 and the top of the Pearman at the west pin location (at the left edge of the photo. (Drive by photos are not my speciality.) 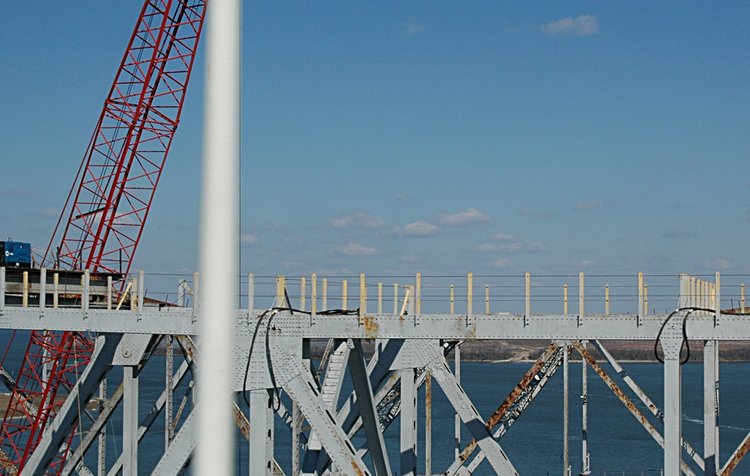