The worksite - the Grace pier tooth cleaning done by Michael 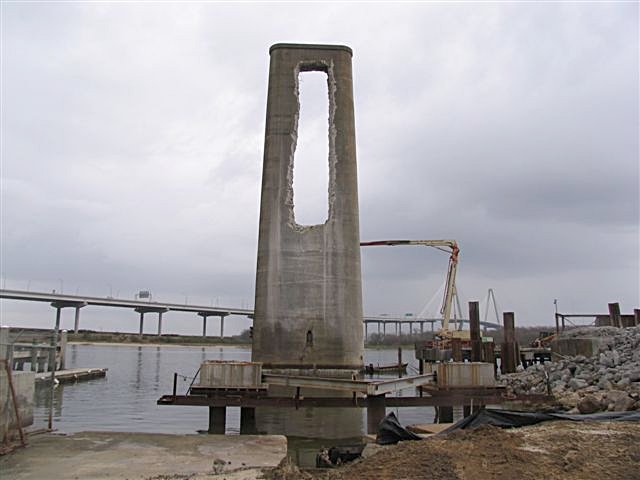 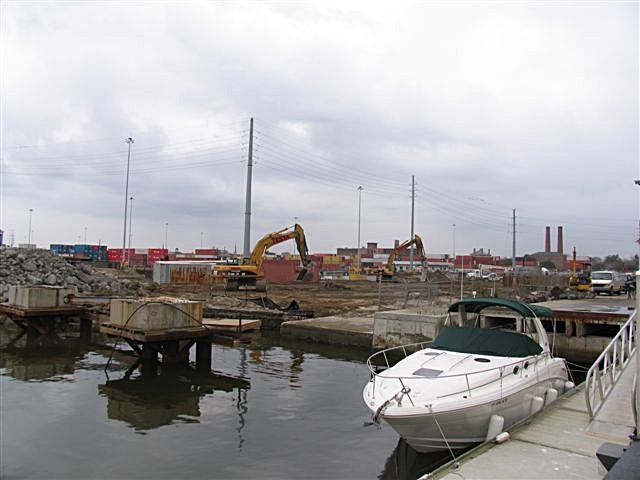 What remains of T-2 foundation 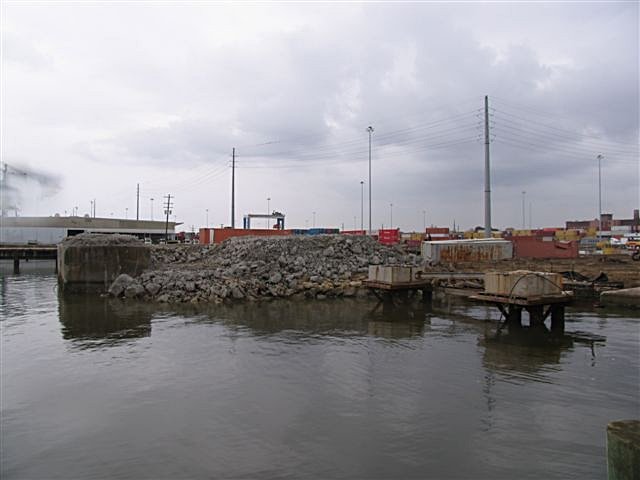 Cleaning up around T-1 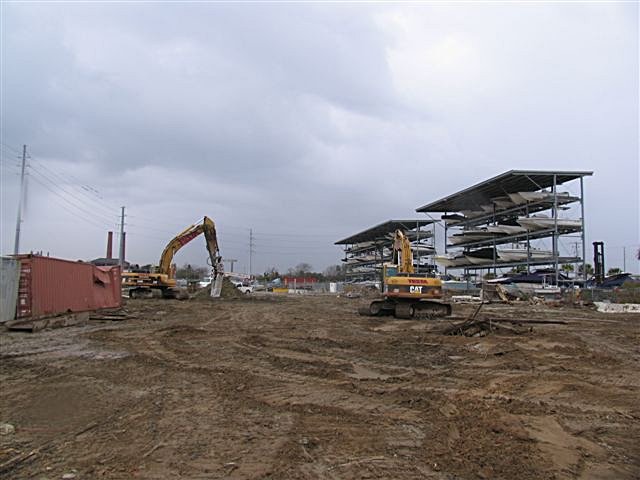 Carlos, Robbie and ? in their basket doing what ironworker acrobats do best 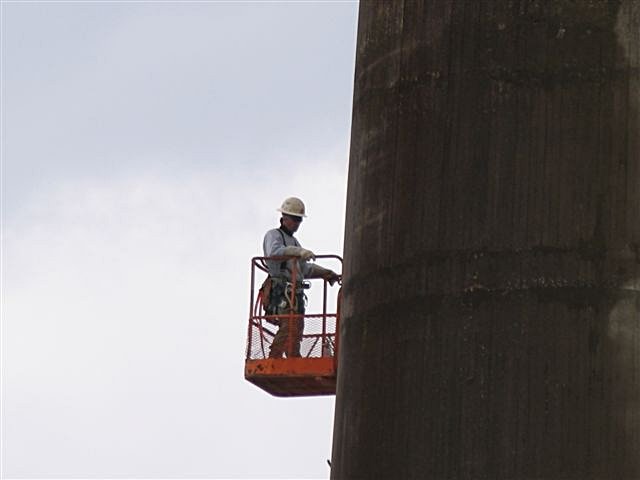 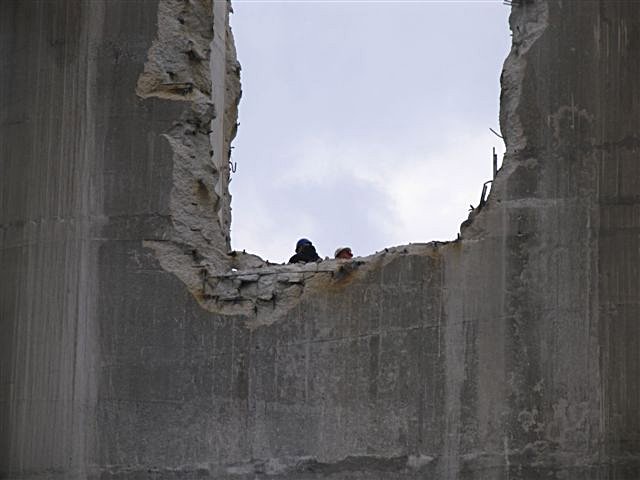 A good view of the Ravenel, Carlos and team 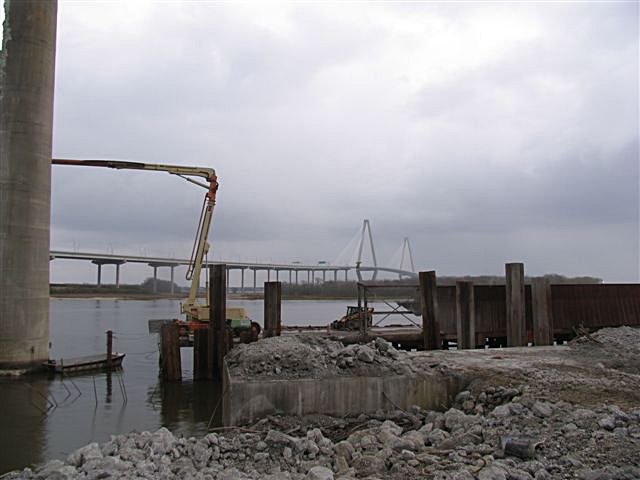 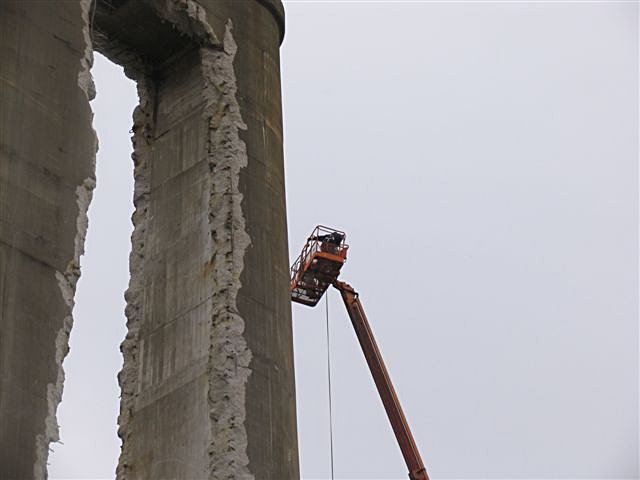 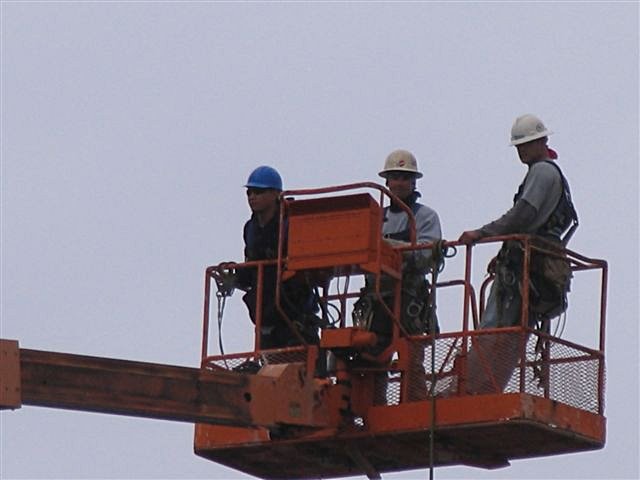 Another view, hamming it up a bit 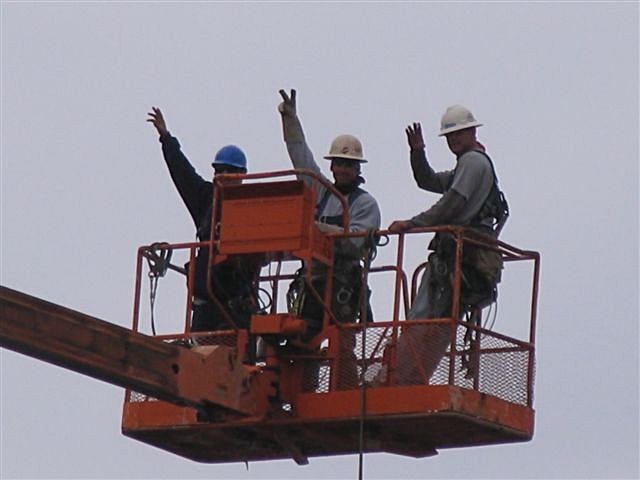 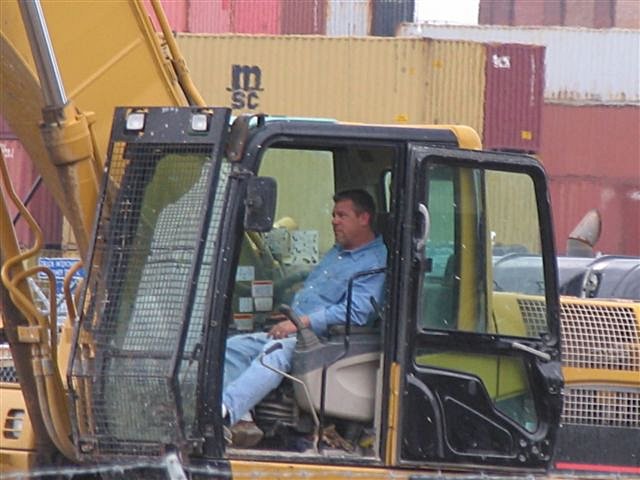 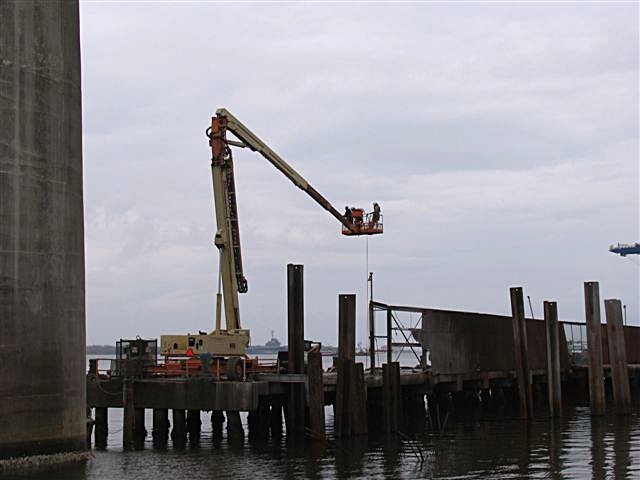 A view of the worksite and the port 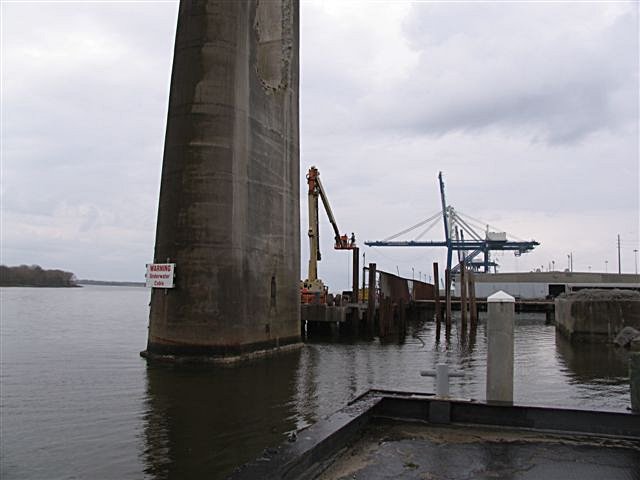 Breaking up the T-1 foundation 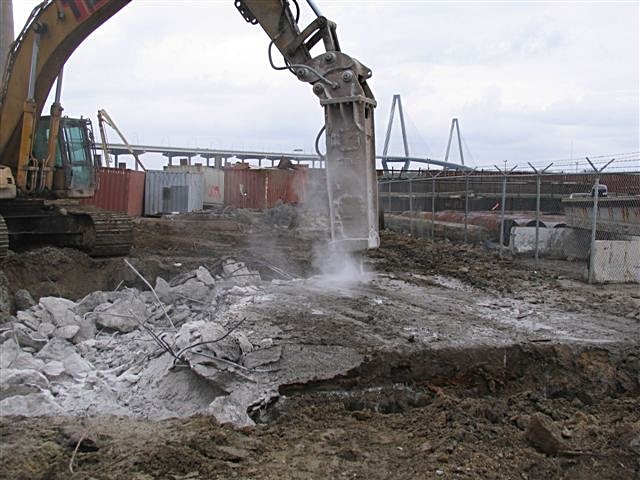 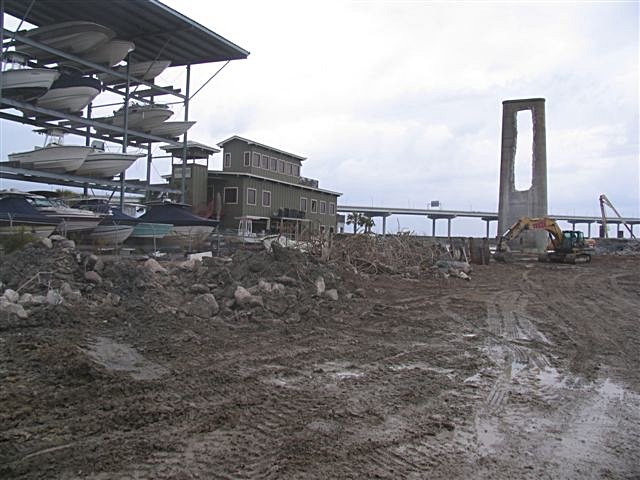 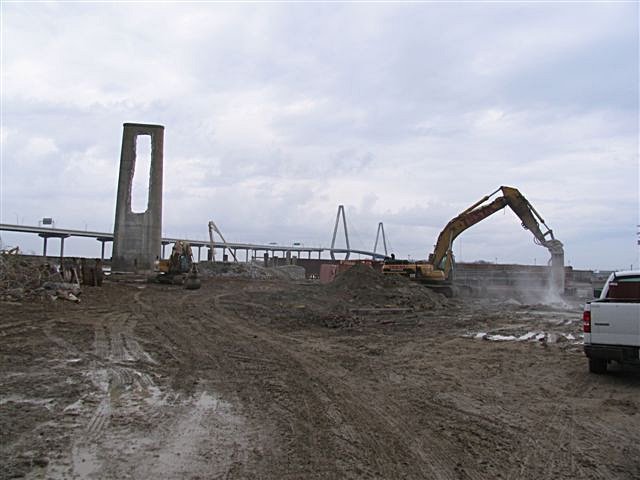