This is the story that Sparky and I are watching unfold. Mammoet a Dutch company has their team from Ontario here to install the hydraulic jacks and cable assemblies that will be used to lower the main spans of the Pearman and Grace bridges to barges-in-waiting (February 22). 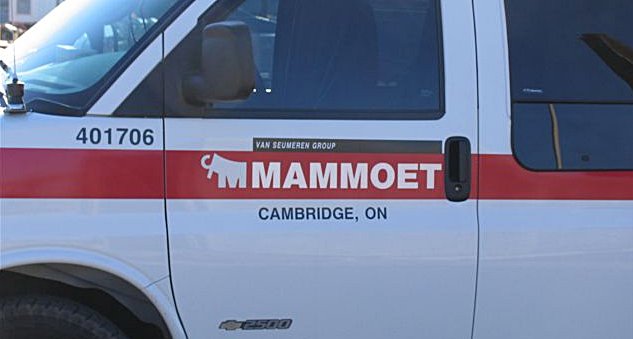 Tuesday morning this is what the Grace and Pearman worksites looked like from D-25. The Grace skeleton (roadless compliments of Pio's team) is on the left with the jackup barge under one of the pins that tie the cantilever truss to the main span truss - and the Pearman is to the right. 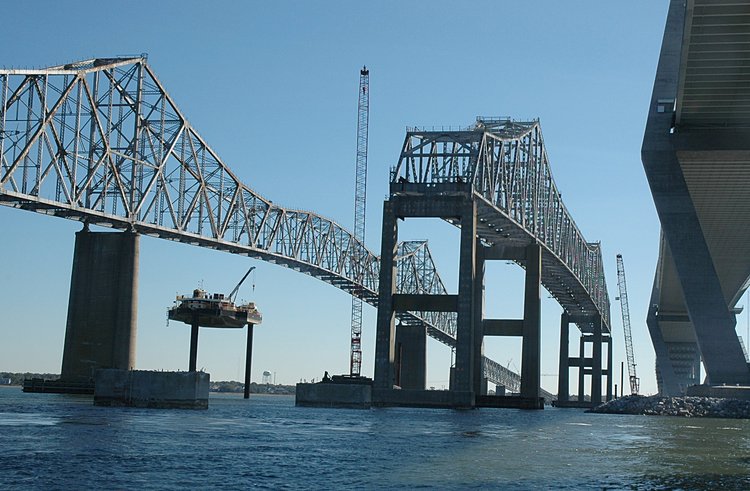 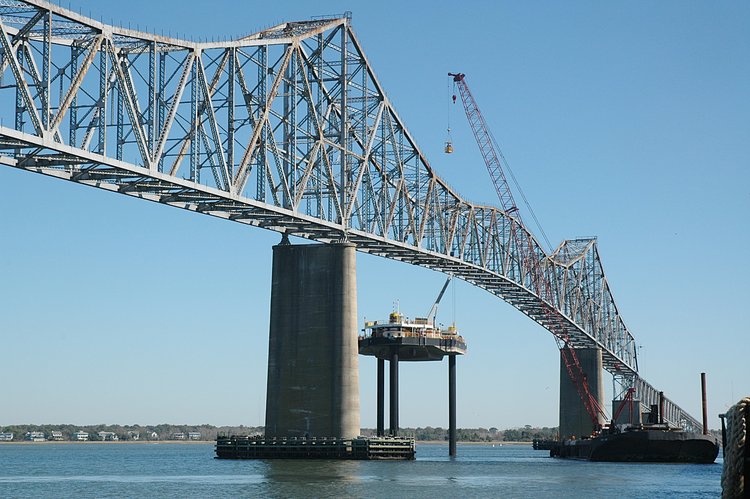 There are a pair of pins on each side of the bridge that couple the cantilever truss to the main span truss as shown here for the Pearman Bridge. 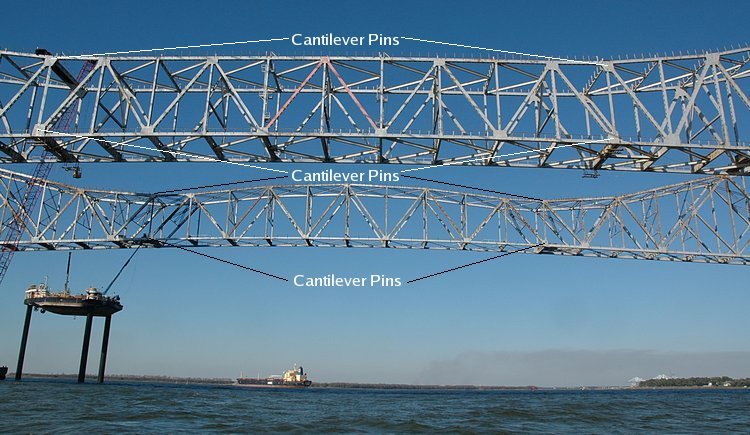 The Pearman (foreground) and Grace (behind) main span segments. Note the platform installed on the left of the Pearman truss on the cantilever side of the coupling pins. 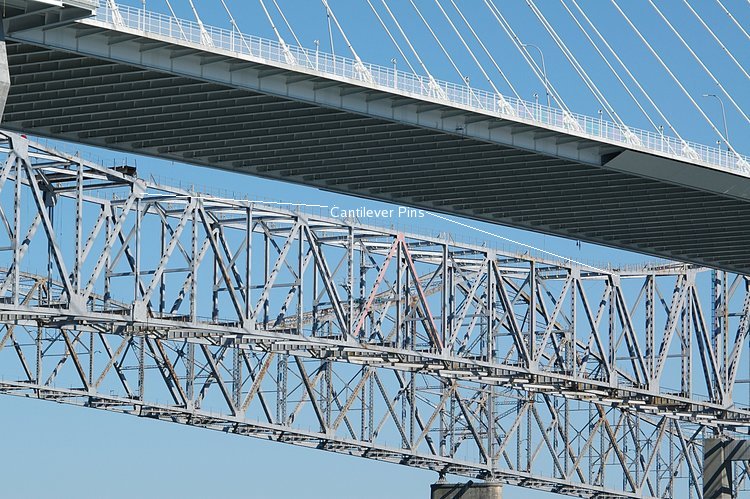 A closer view of one of the Pearman coupling pins. 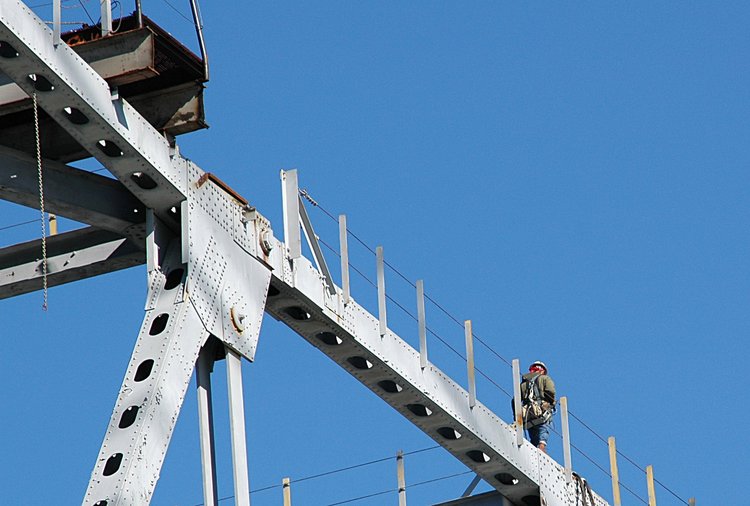 The platform (above top left) is the home of the hydraulic jack assembly that Mammoet will operate. 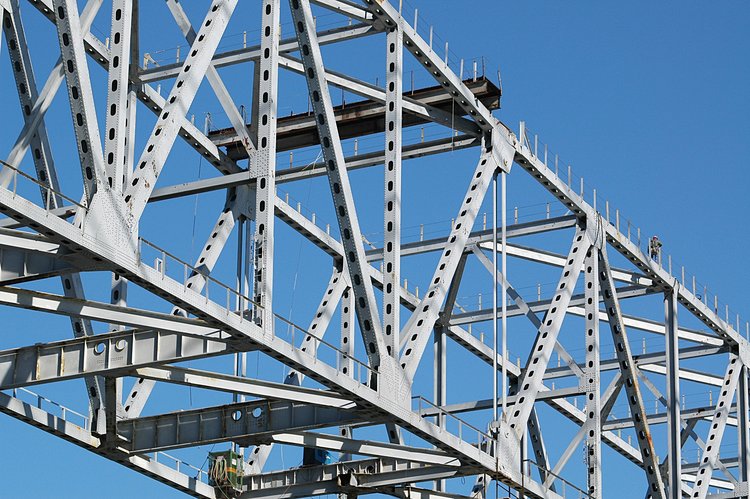 The Grace pins (seen through the crane) 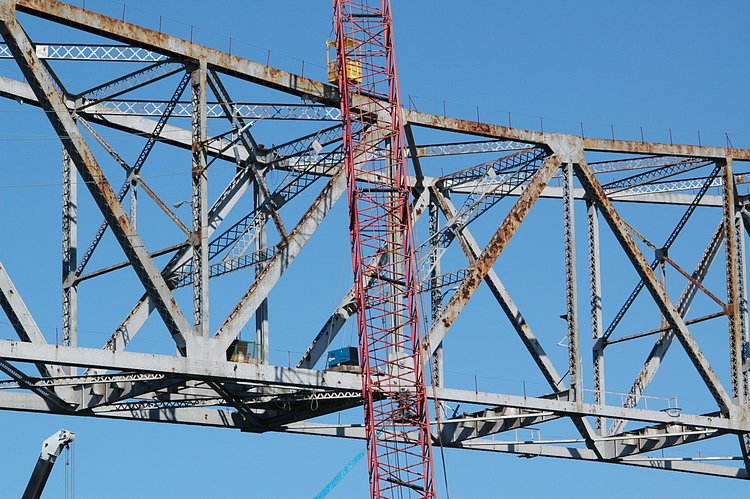 At this time, someone was working on the bottom side of the Grace from the jackup barge. 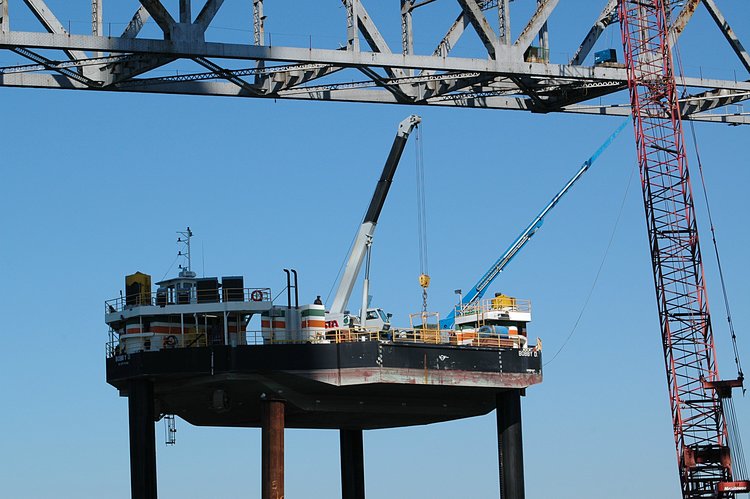 Here is the pin Grace assembly 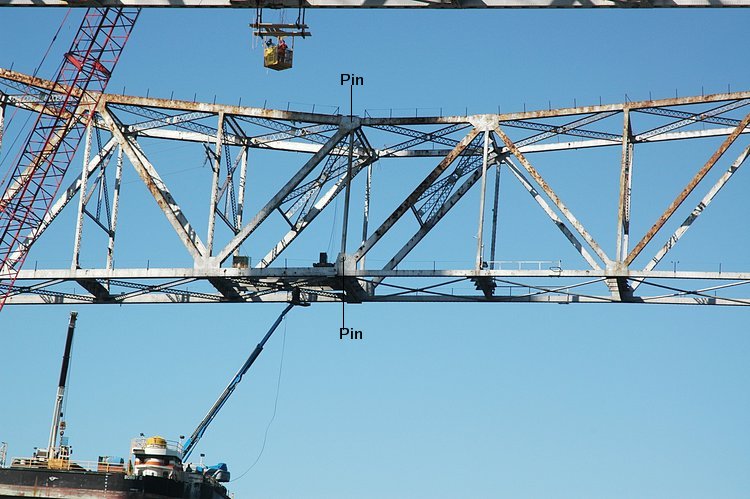 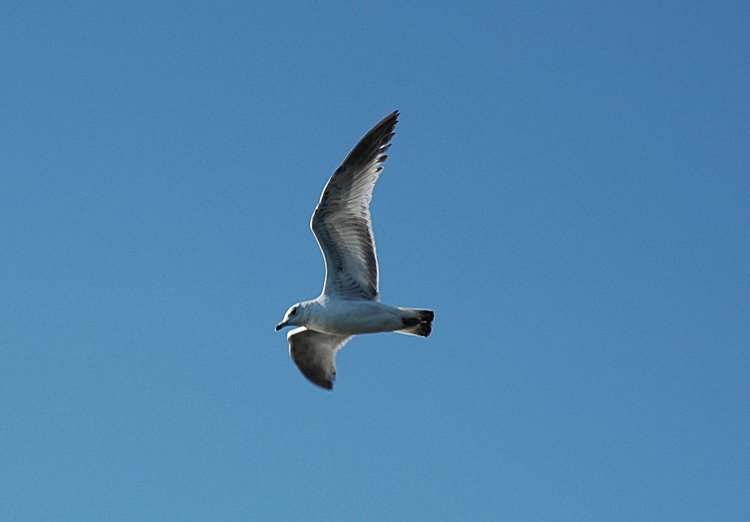 A worker on top of the Grace at the pin location 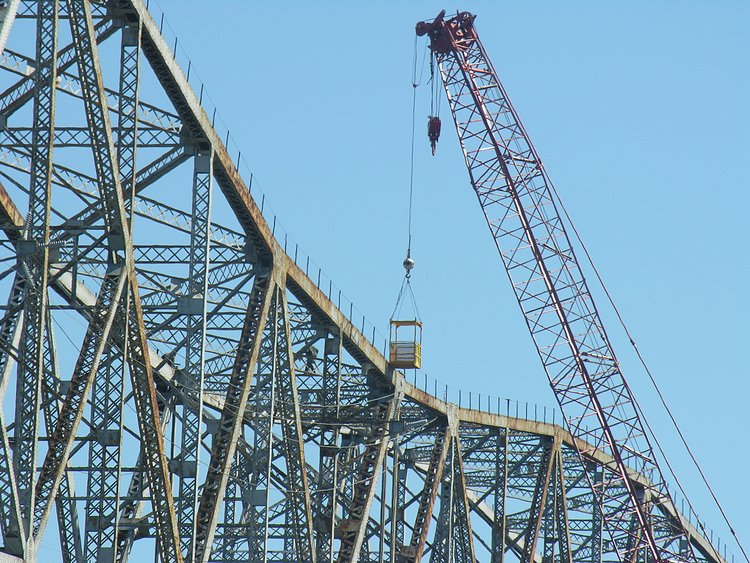 Getting into the elevator. 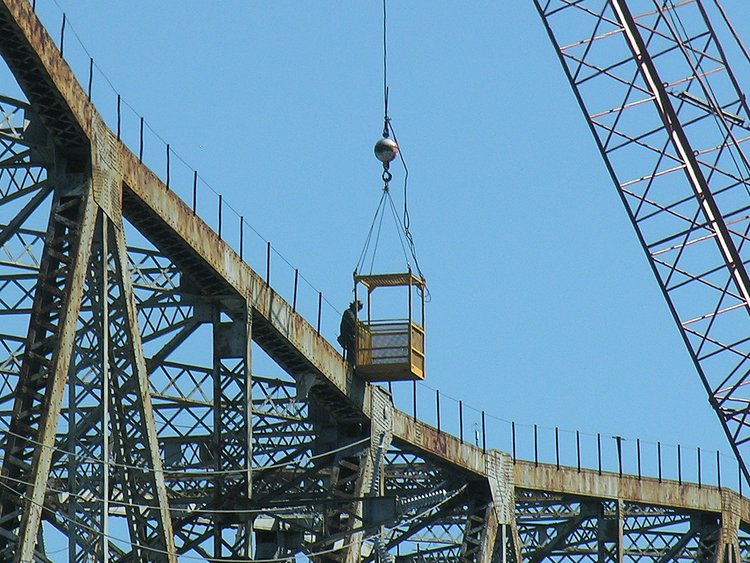 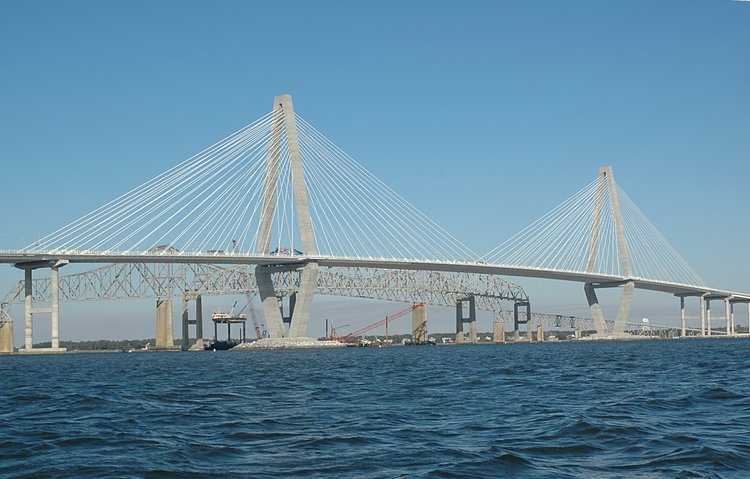 Meanwhile yesterday, Sparky captured the unloading of the hydraulic jack and cable assemblies. The jack is in the center and the upside down U is the umbrella over which the cables will ride. The jack operates the in a similar manner to the jacks used by Freyssinet to tension the Ravenel stay cables. In the case of Freyssinet, a single cable was tensioned. Here, it appears that the entire ensemble of cables will be hydraulically controlled with a ratchet-like movement - maybe a foot at a time (my guess). Notice that there are two teams, the Red team (Mammoet) and the Orange team (Testa). 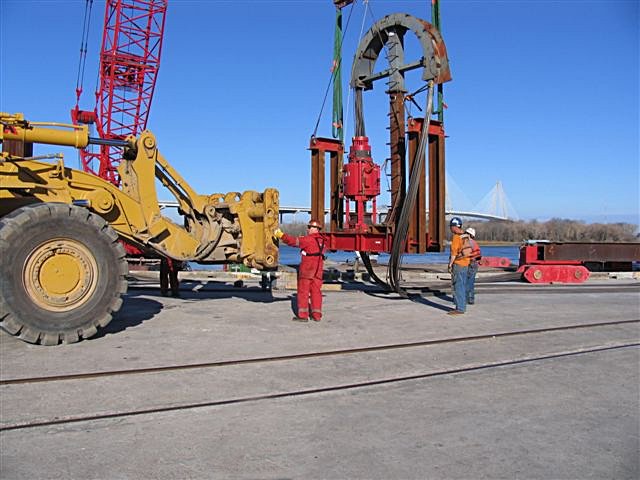 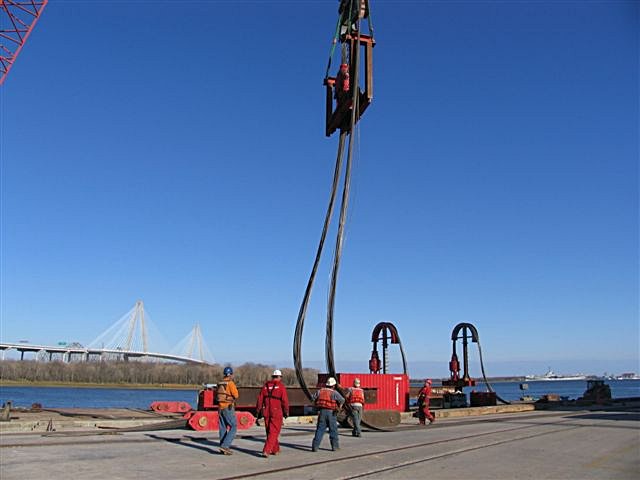 Here are the ends of the cable bundle that (my guess) will be tied into a platform installed on the main span ends. Notice that this man is part of the red team (Mammoet) in contrast to the orange team of Testa 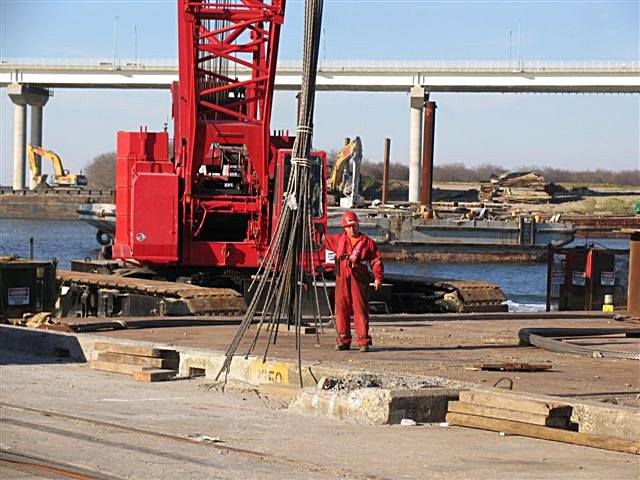 Both the Red and Orange teams working together 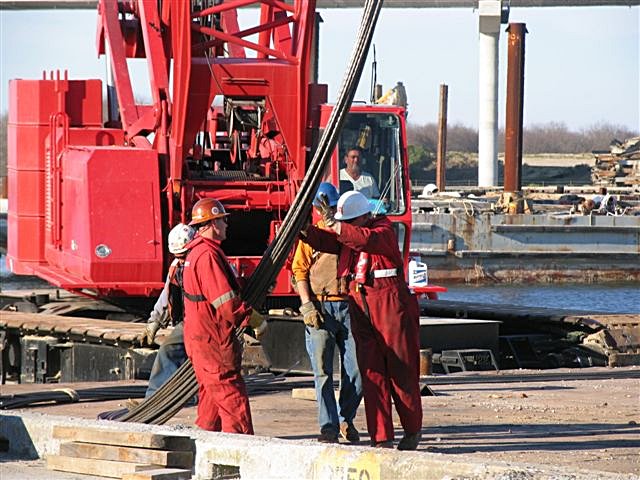 Lowering the jack / umbrella / cable assembly. On the surface of the barge is a pair of jacks tied together on a beam that will rest across the top of the each end of the Pearman cantilever section. 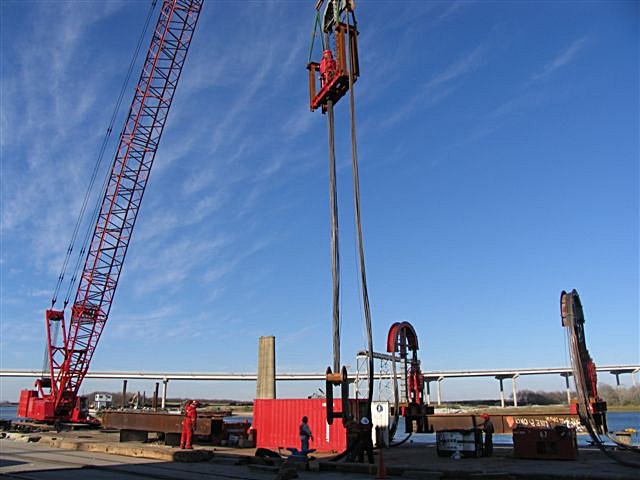 and lowering it onto a barge 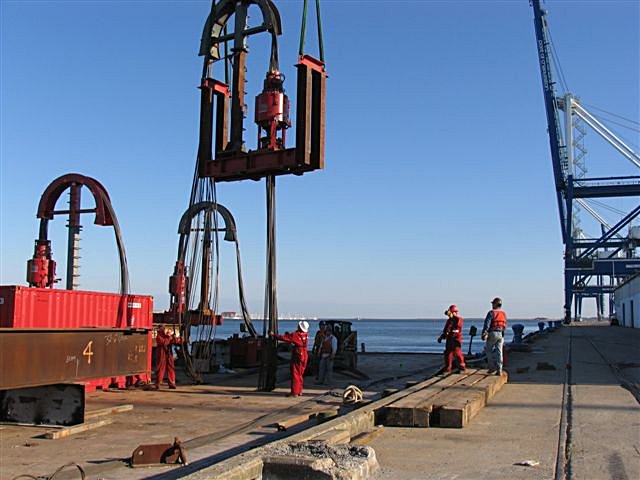