Sparky was everywhere today - while checking up on one of his projects which takes him literally everywehre. Looking over at Drum island, there was more cleanup going on. Jim Grier is still waiting for me to come over for an inspection tour. But today he had his hands full with Michael, Jack, Leon and Richie. 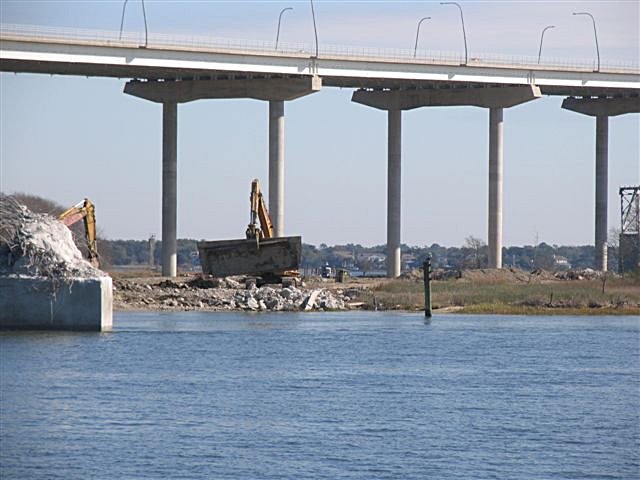 Here is either Michael, Jack or Leon operating. 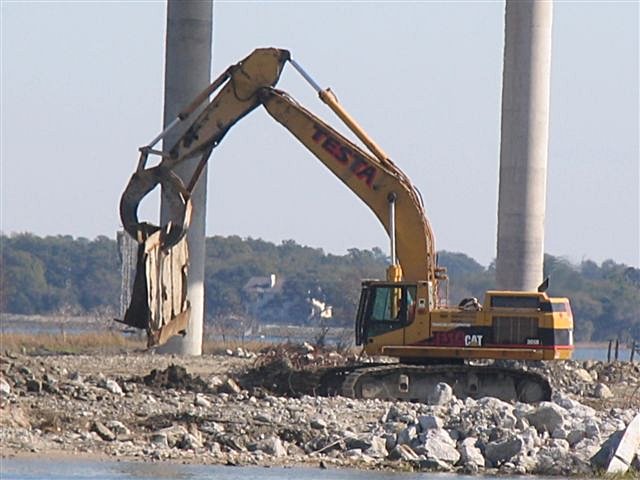 Meanwhile back at the yard - a little building going on - here is Chris Wakeman leaning on This end up. My wife likes this photo because she is worried about the US trade deficit. Hauling all those imported goods into the US and returning nothing makes for a large number of empty containers. So Cashman/Testa to rescue our balance of payments - using empty shipping containers everywhere - but here as their work shed. Ellen is pleased with this innovation! 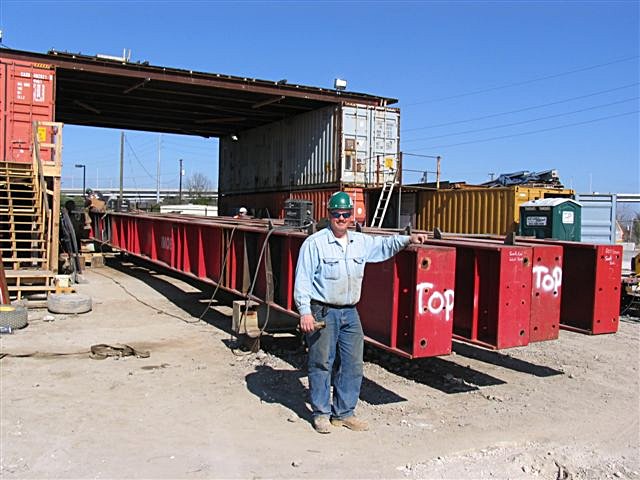 In reality, they are building a platform, I believe, for the Mammoet jacks. 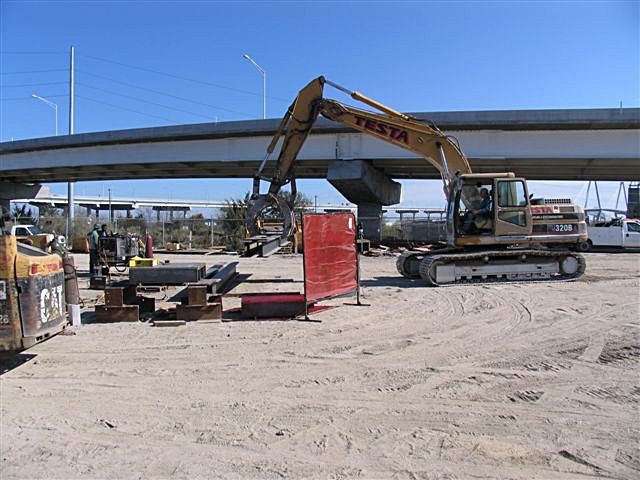 Fetching and toting girders to build 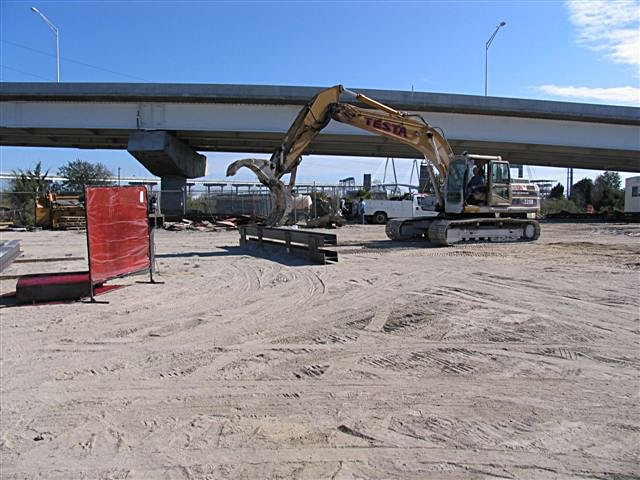 In the meantime, Chris is teaching Randy Watterson how to tend bar. In real life, Randy is an inside-man (bidder) for Testa and looks for occasional escapes from the inside. 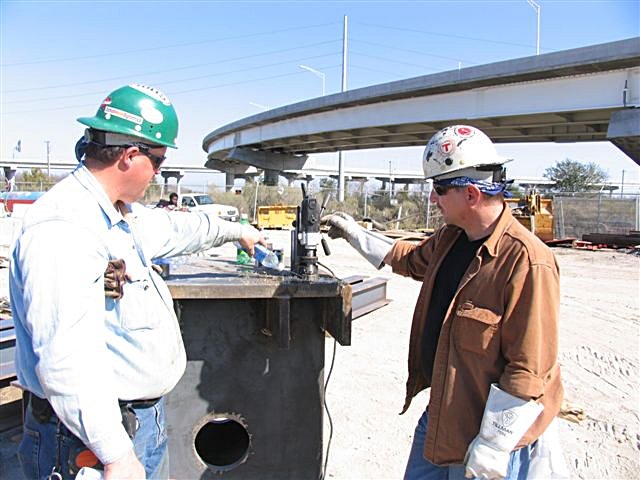 and here is Randy demonstrating his new skill 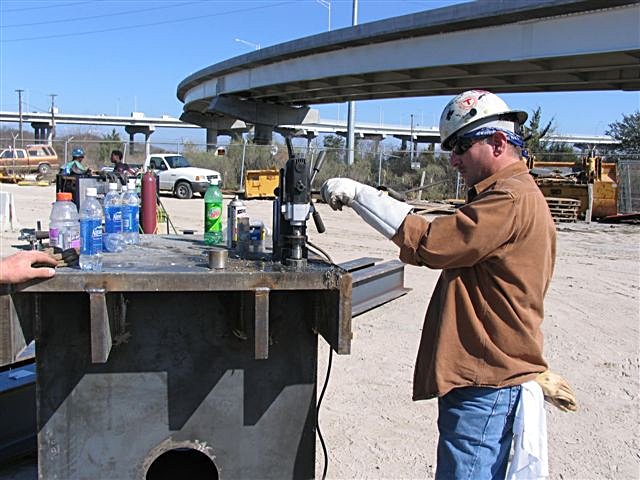 Not to be outdone by my adventure last Thursday night - with Jackie, Richie, Roy and Rich - Sparky has signed the traffic barrier. 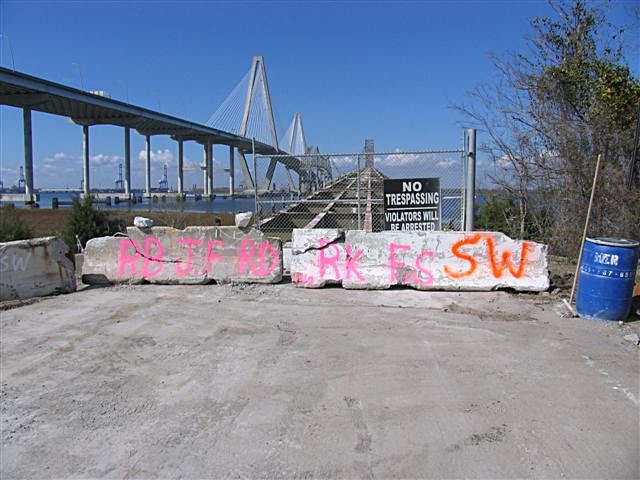 Actually, Sparky and a group of 30 from his church were doing a bit of rebuilding in Mississippi - helping to undo what Katrina did. So he is excused from atteniing Thursday night's celebration. 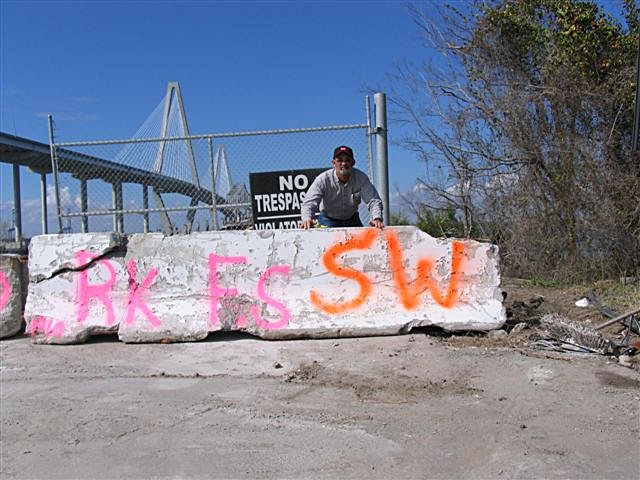 And, Ryan is now part of the Coleman Recycle Center team - hi to mom says Ryan! 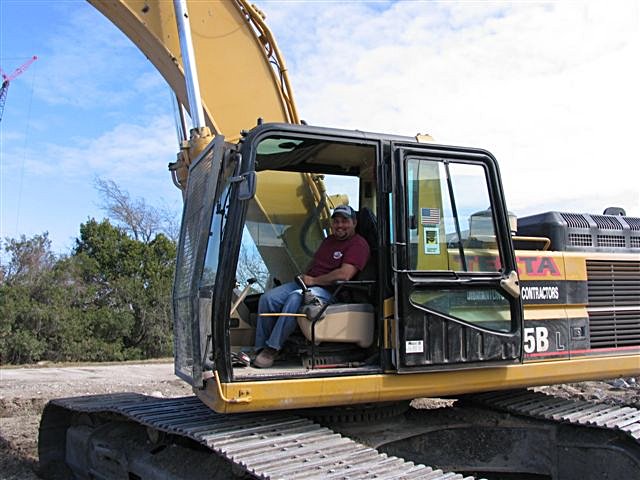