I shall pull together more after the lowering tomorrow, but earlier today -

The worksite, looking east toward Mt. Pleasant. The Grace Bridge to the left with the beginning structures to hold the Mammoet beams, the Pearman in the middle - ready to go and floor girders of our new Ravenel Bridge to the right. 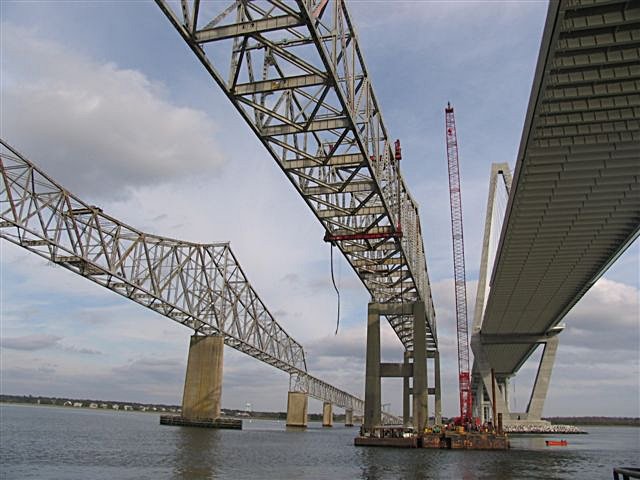 A year ago, I was riding my bicycle over the Pearman Bridge - early early on Sunday mornings to capture the closing of the main span gap. Almost to the day (actually Feb 23, 2005) - I was learning from the Ravenel Bridge ironworkers (Philip Cotter) about the Last Dinosaur Standing. Here the mainspan has been completed and the iron workers are unbuilding the last crane used to lift and place floor girders and concrete floor panels. 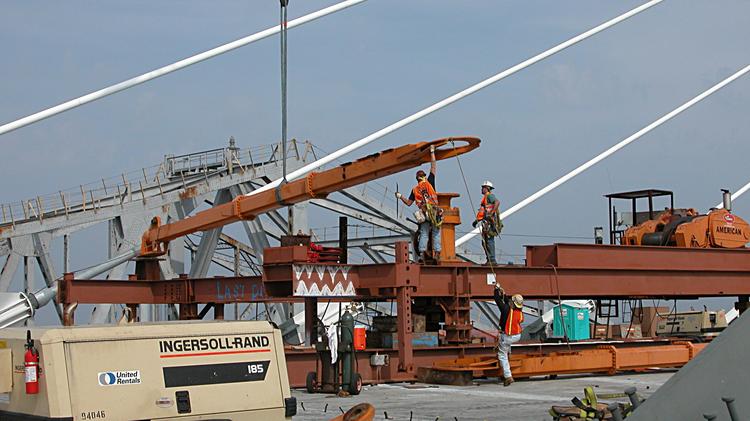 A good view of the Pearman main span with both hydraulic jacking units. The hoist cables are held by a tag line - but it appears as if Grace were holding the east lowering cables 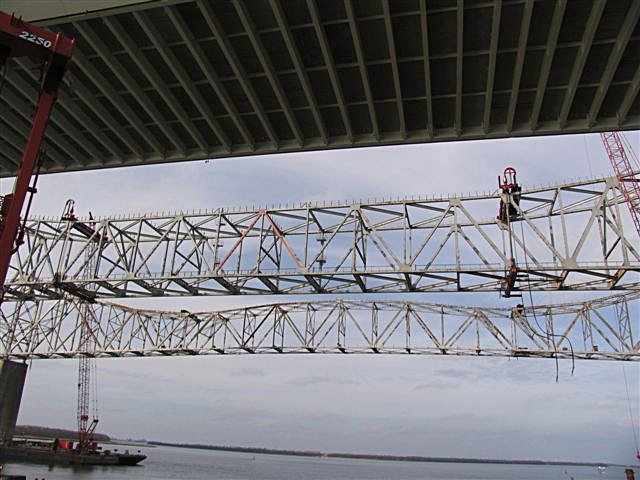 The west hydraulic jack assembly. Again, the 2-D illusion - as if Grace were holding the lowering cables. 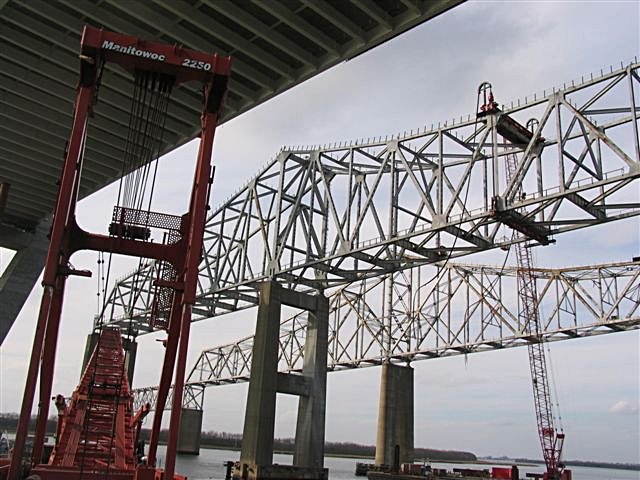 Starting the day - connecting a tie down cable to the safety harness. 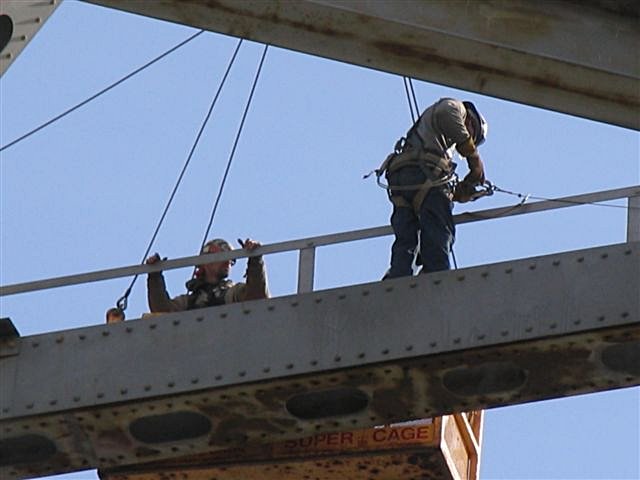 More preparations - here, cutting the beam that links the lower and upper pins connecting the cantilever and main span trusses 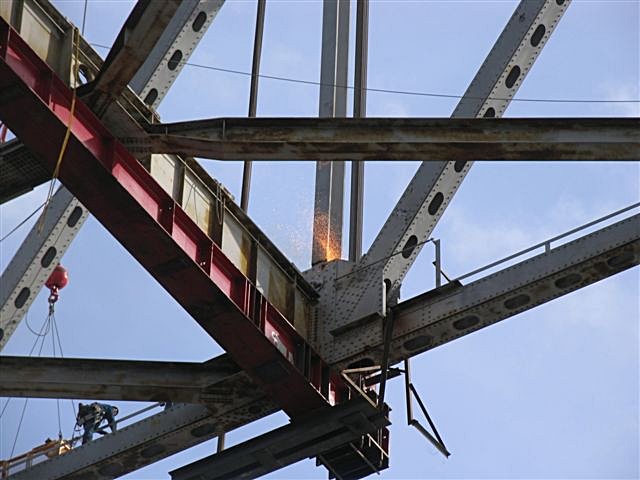 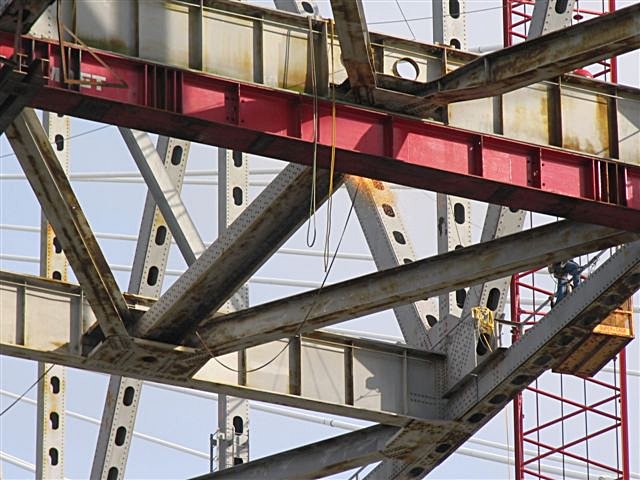 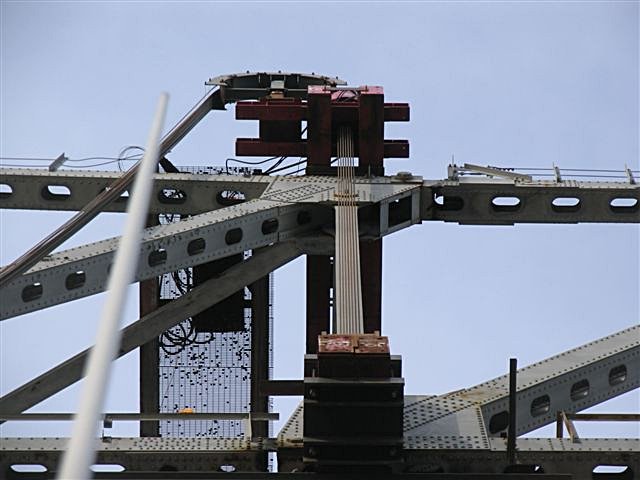 and what a way to end the day 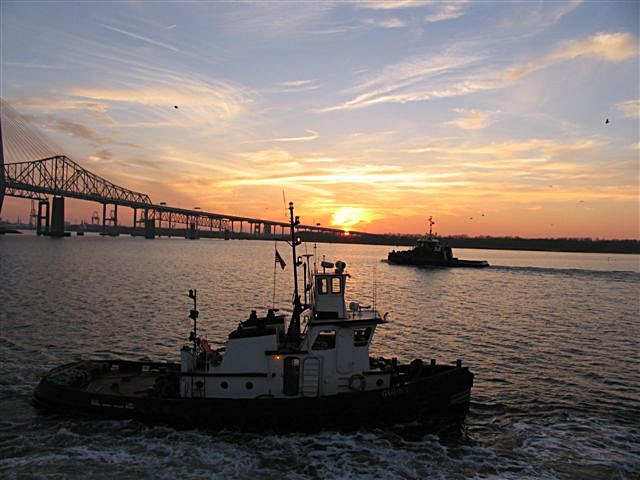 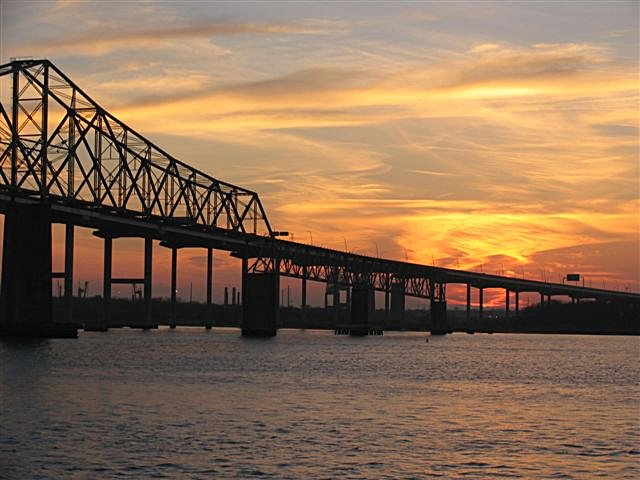 My thanks, big time, to Sparky, for catching the past 2 days. Tomorrow we shall do our best to capture the dynamics of lowering the Pearman main span. Stay tuned.