The Navy Yard worksite - and Pearman main span minus the ends a bit more. 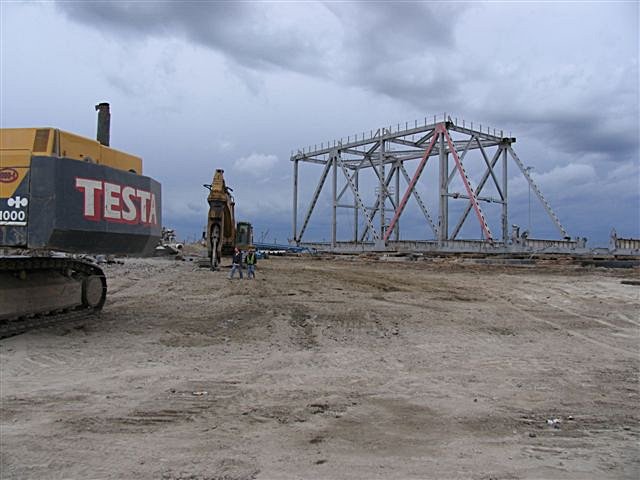 The worksite at lunch - all surgical instruments in the resting position 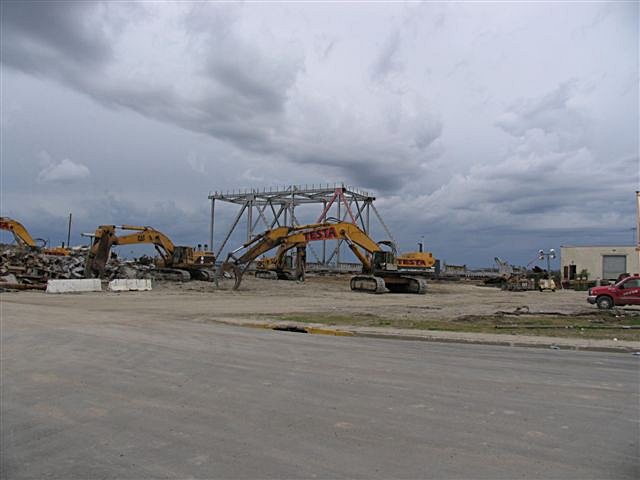 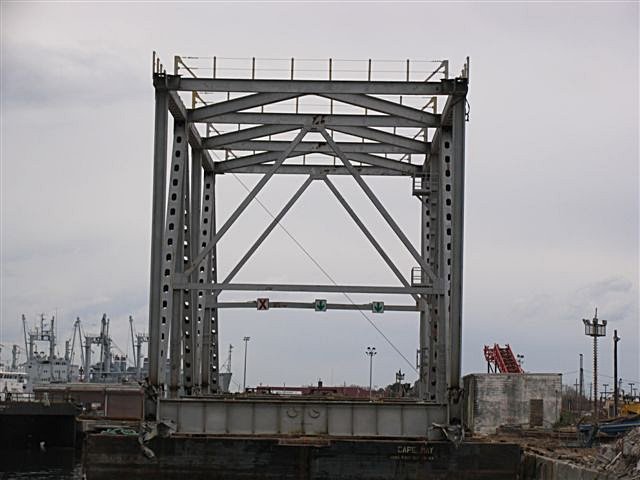 Here is Pio and his Quintet:
composed of a trio of Chris, Pio and Richie 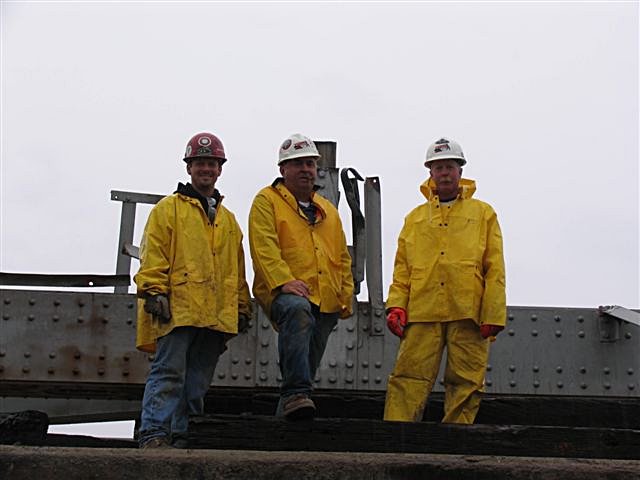 and Steve DeMello on the grapple 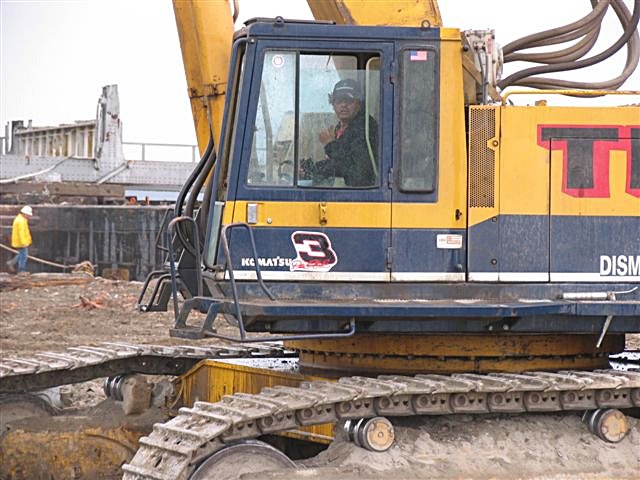 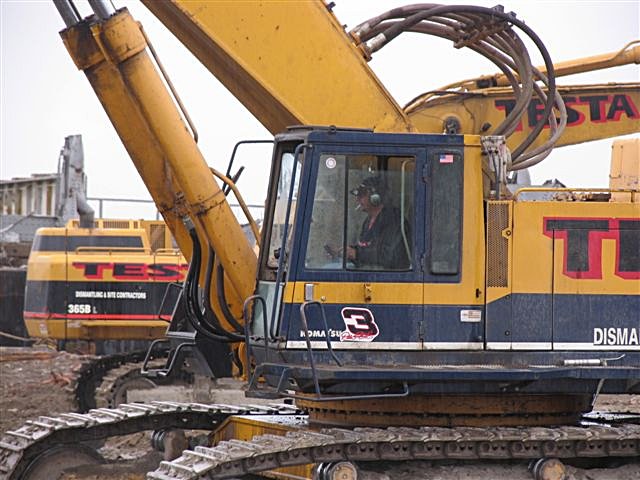 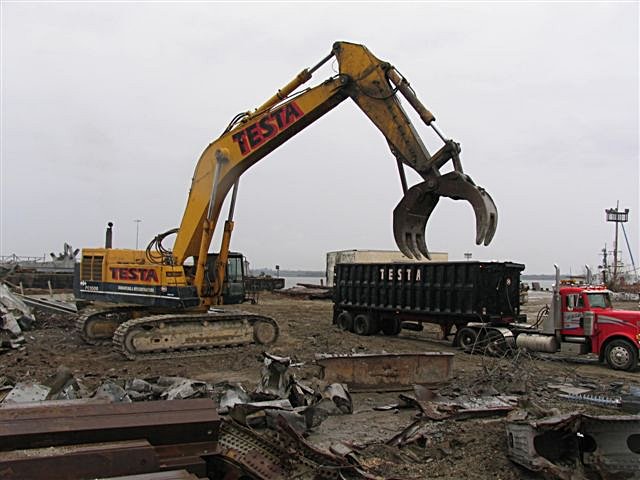 Roy on his shear 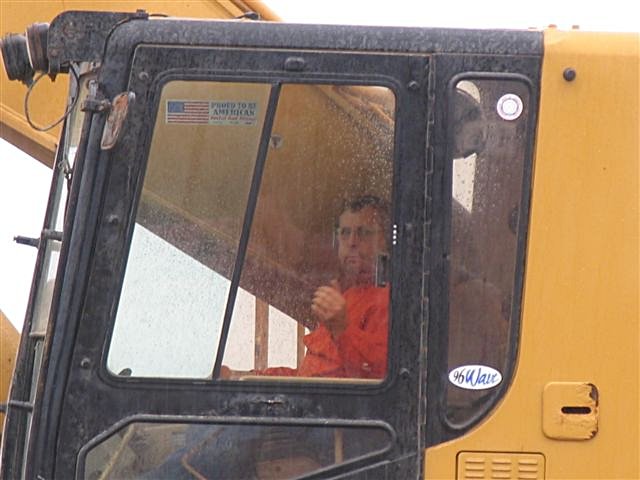 and Jackie playing his shear 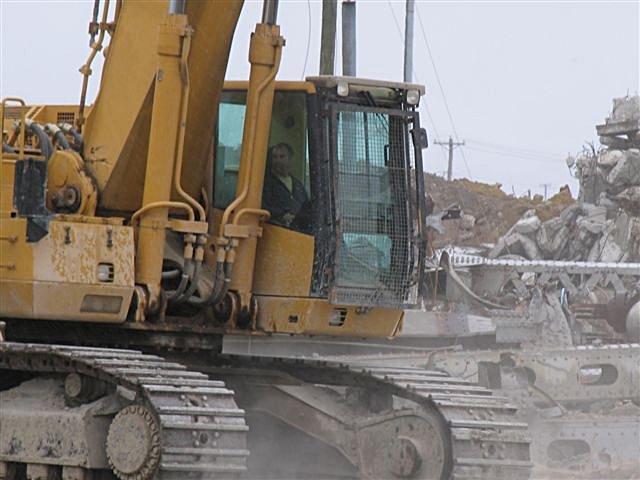 Actually, its a sextet if you include Kathy, Richie's cheerleader. Here is Kathy and her husband, Richie:
Young love is alive and well in this family 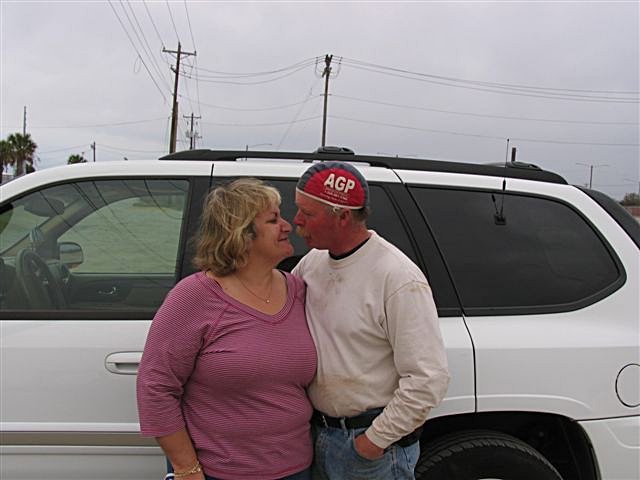 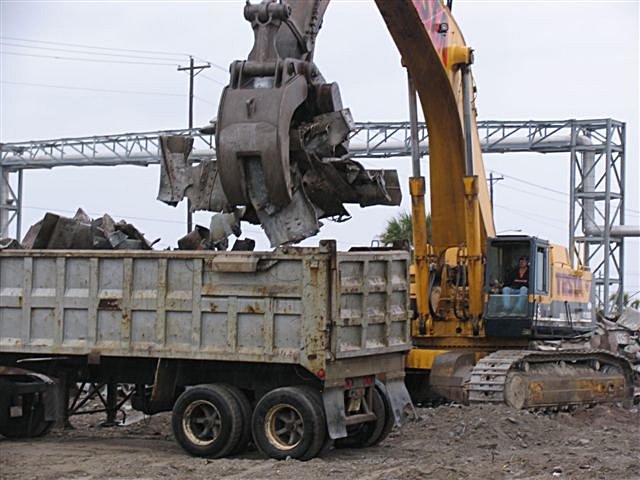 Here is Roy, 3 shears and a grapple 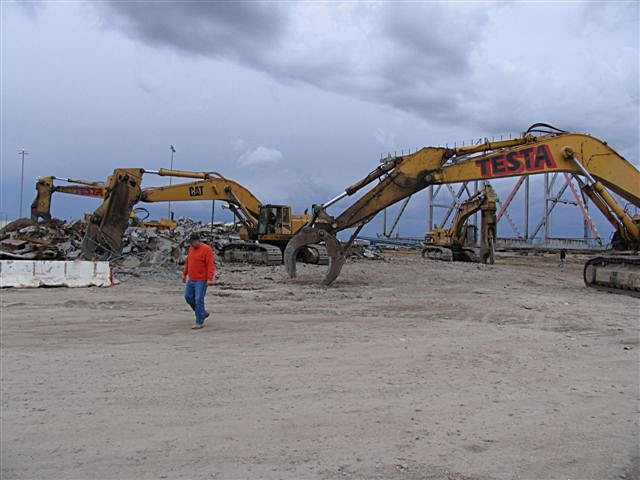 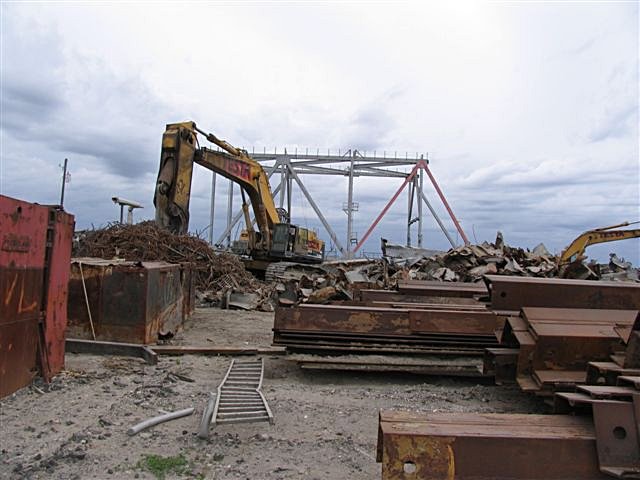 Chris and his shear 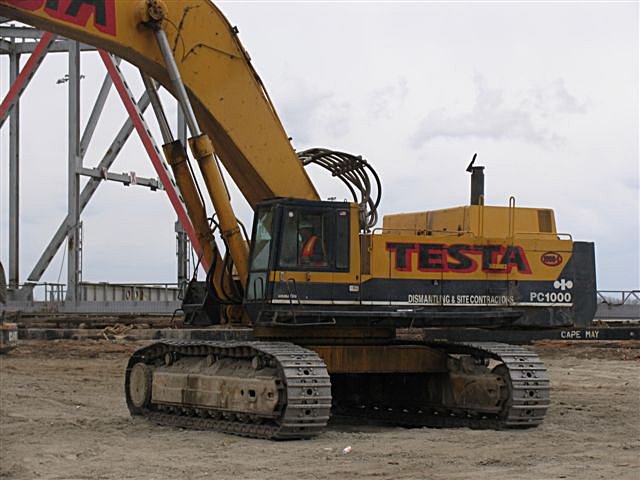 Jackie behind his shear's cage 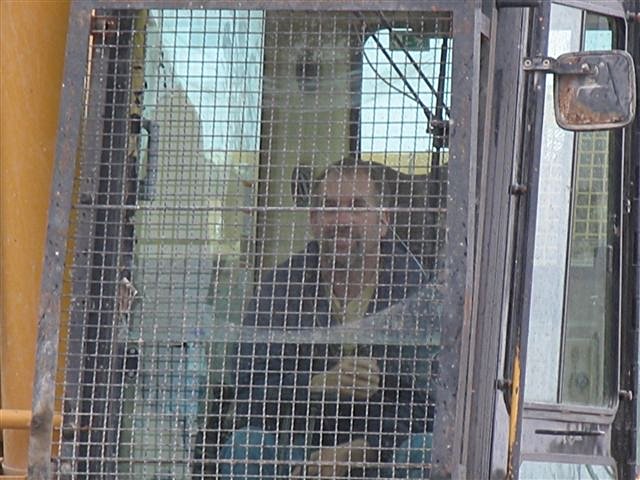 Steve and his grapple 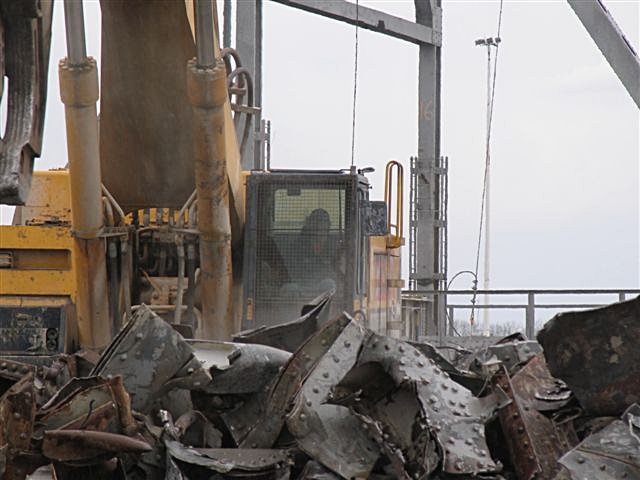 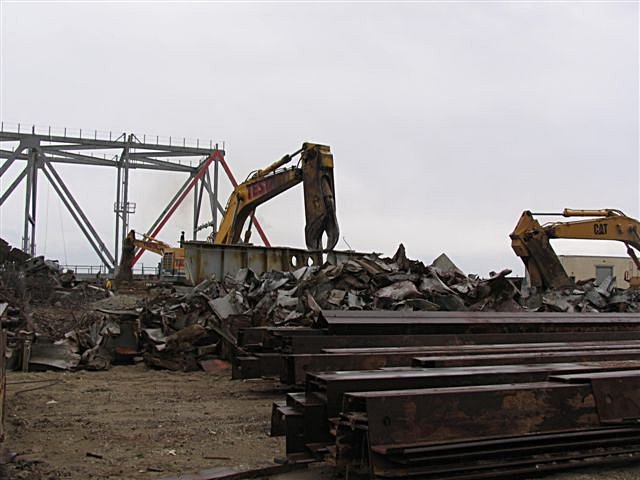 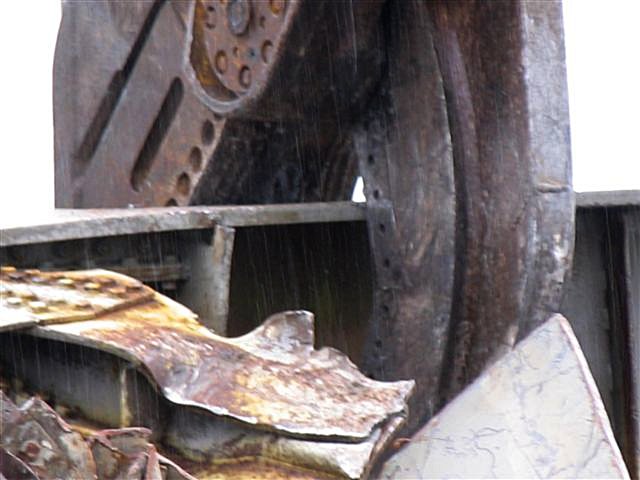 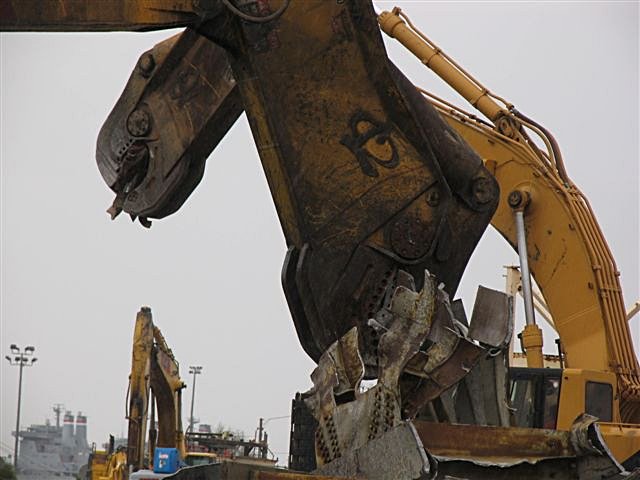 Its raining, but nothing keeps Sparky from enjoying the day 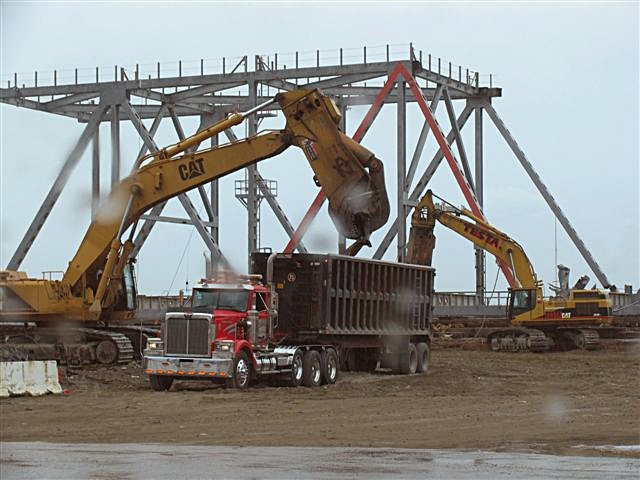 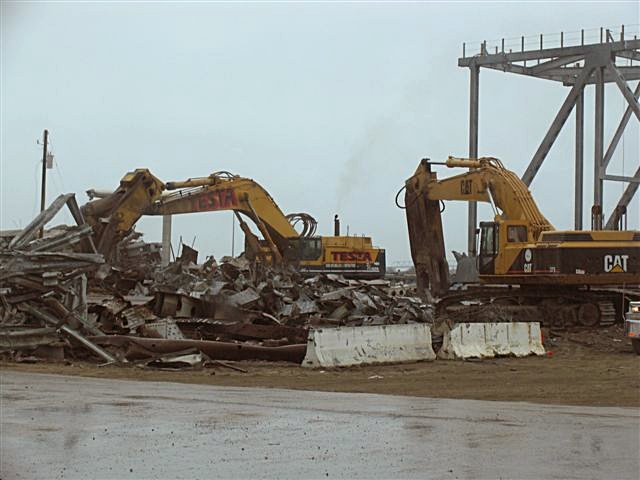 Watch them Taking a bite of the main span (.8 Mb mpg). This is a superb example of the transverse biting procedure. More innovation from the Testa surgical team. 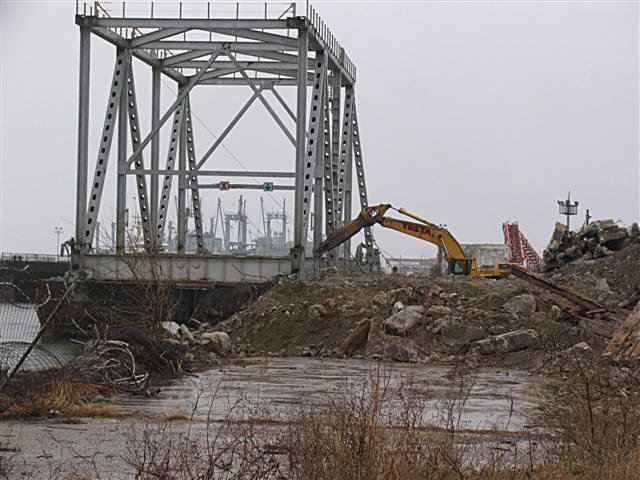 A closer view of the new transverse biting procedure 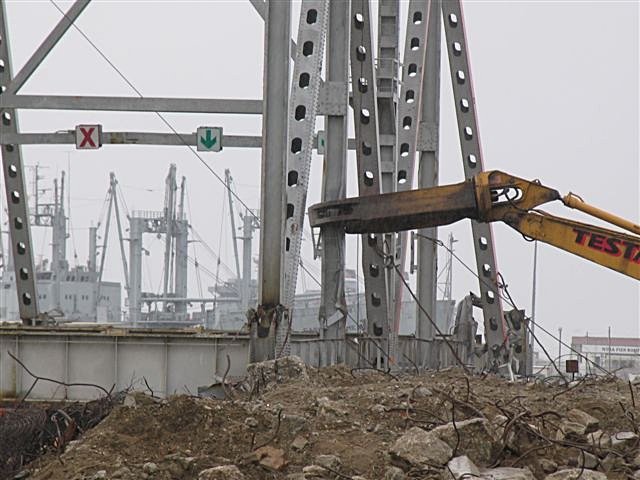 Lots of main span to chew on 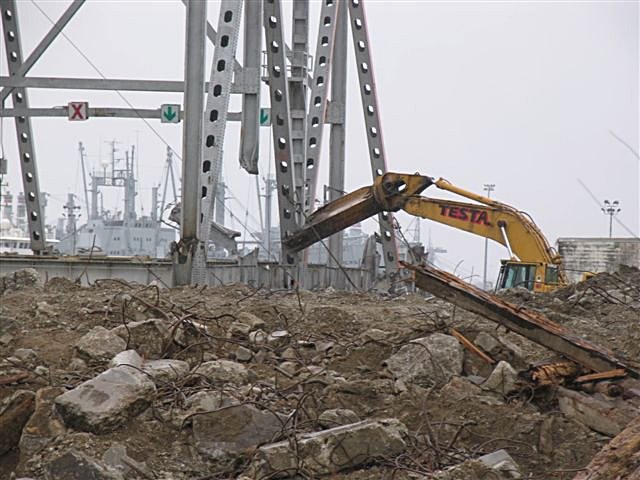 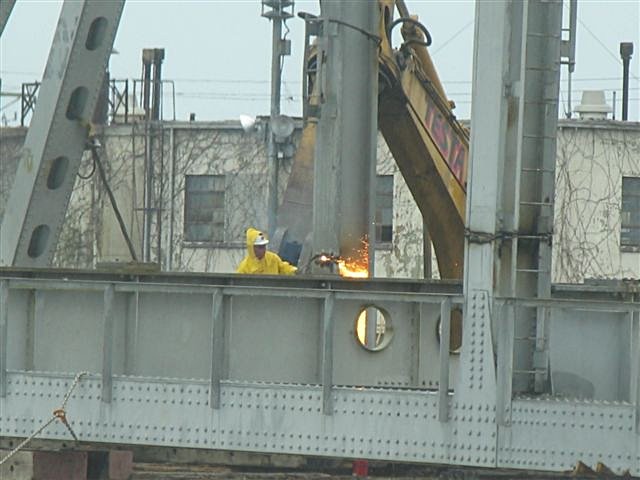 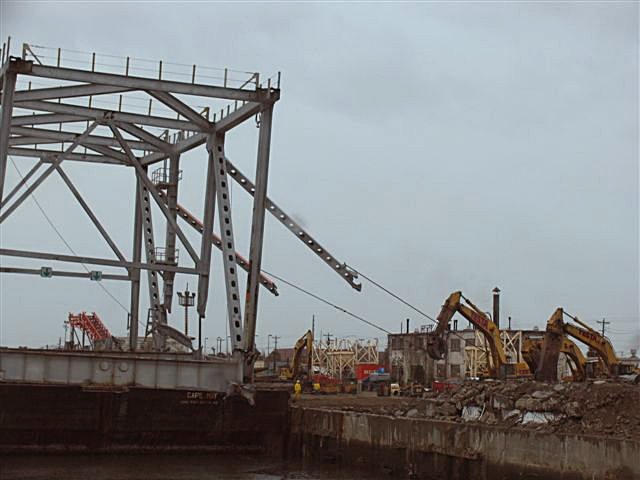 and the felled main span. 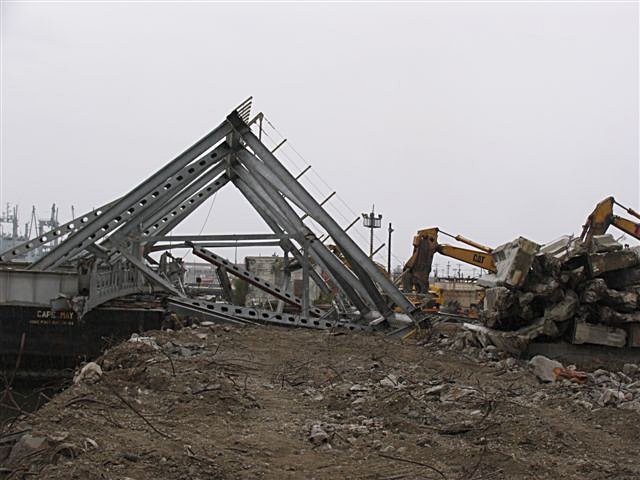