Pio and his quintet make very interesting music. Sparky averaged his weather exposure and found the team dancing to Pio's music in the sun.

When last seen, Pio's quintet was pulling the Pearman main span off the Cape May. Since then, there is little left on the Cape May. Here she is - almost ready to receive Grace's main span 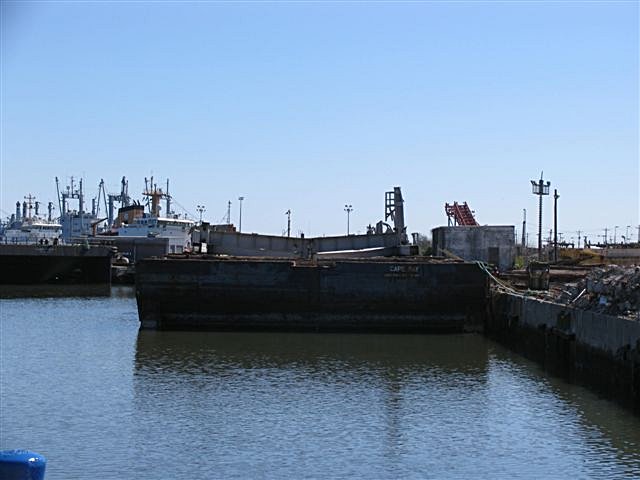 Here are the dancers: Roy 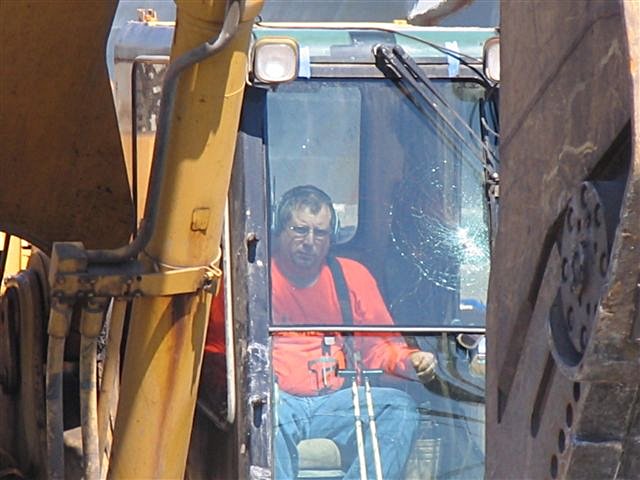 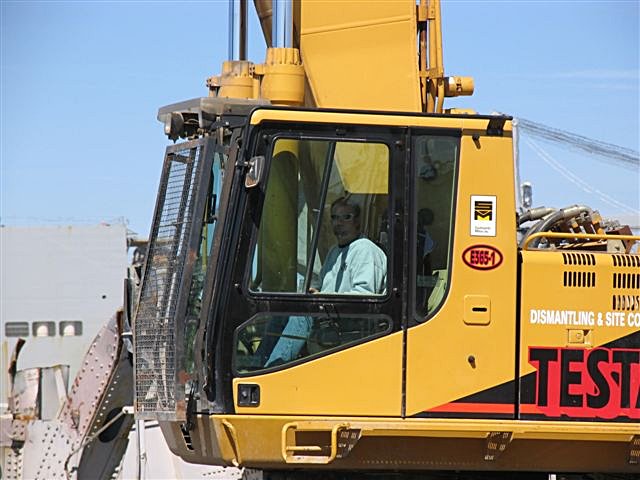 and Chris and Jackie 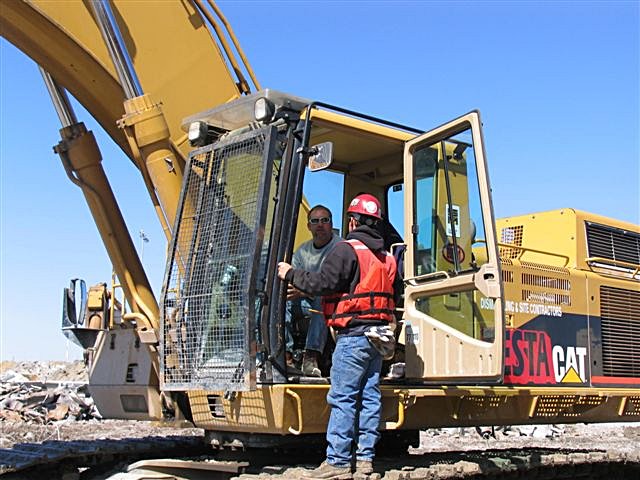 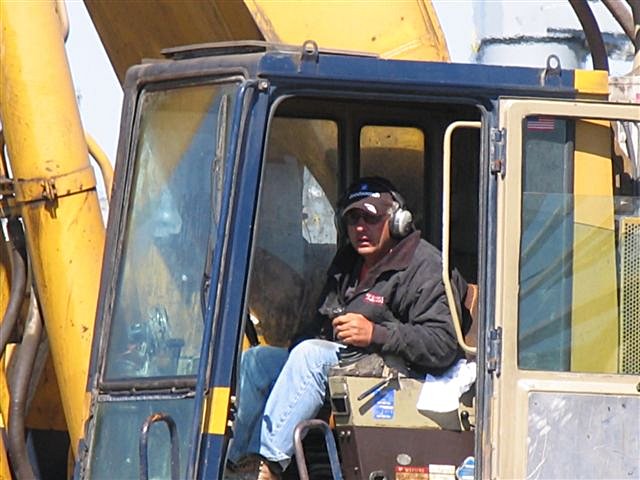 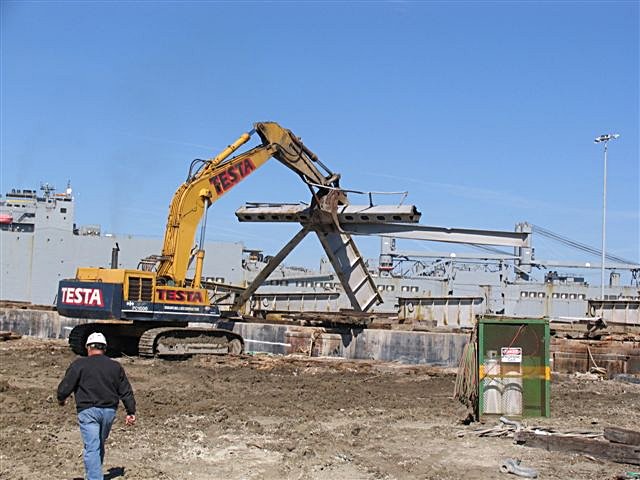 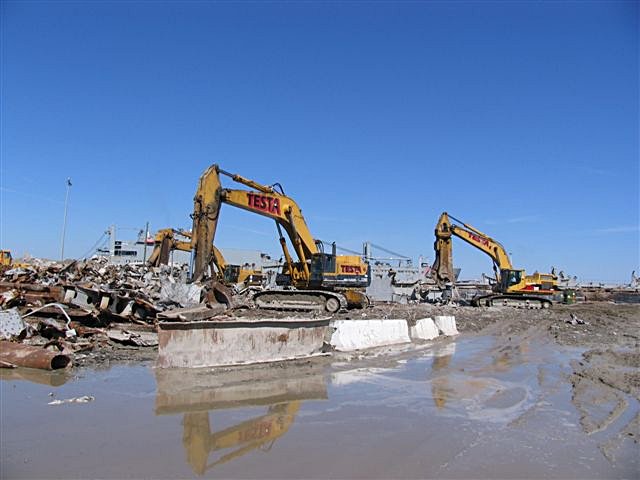 but first, dancing shears and grapples must have sharp teeth. Here, repairing the knife edges 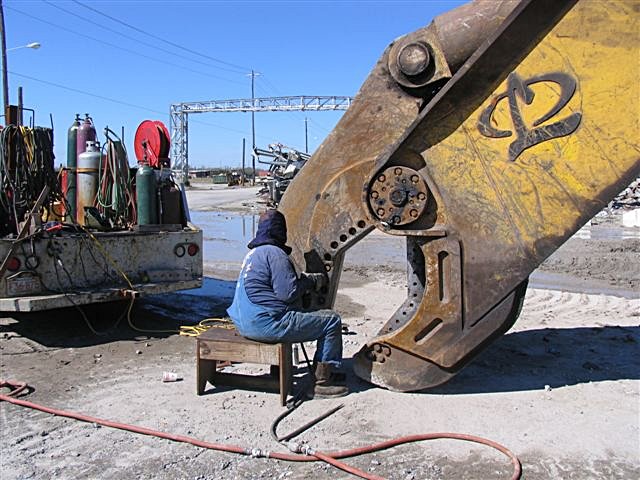 Dancing requires a series of moves that are repeated over and over again. Here is the biting step. 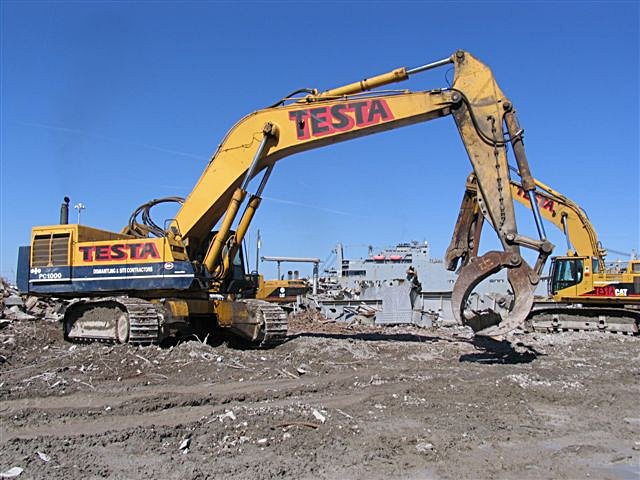 and the lifting step (Chris is the dance instructor here) 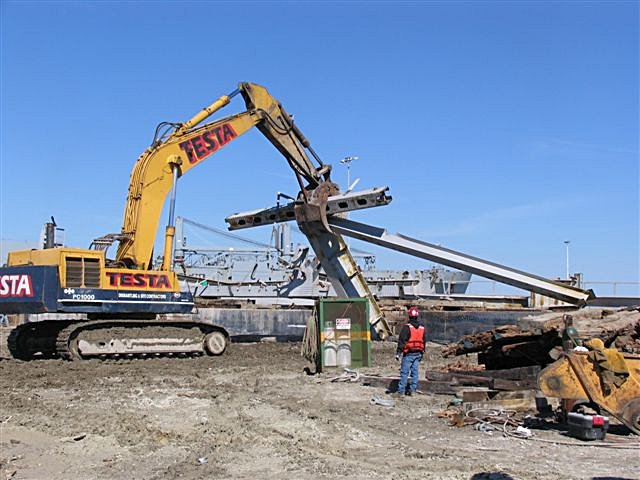 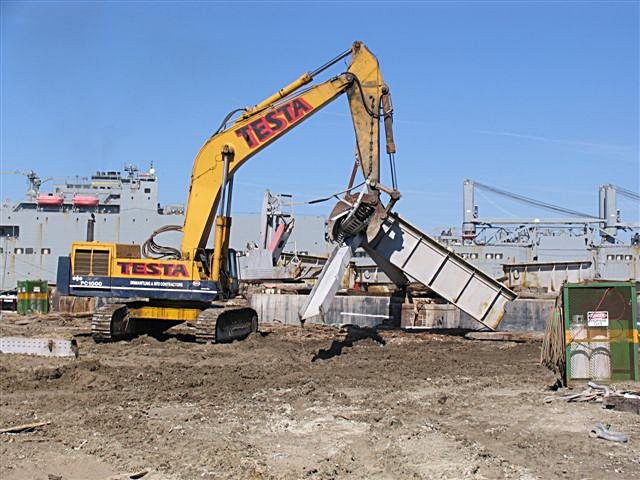 A shear dancing with a grapple 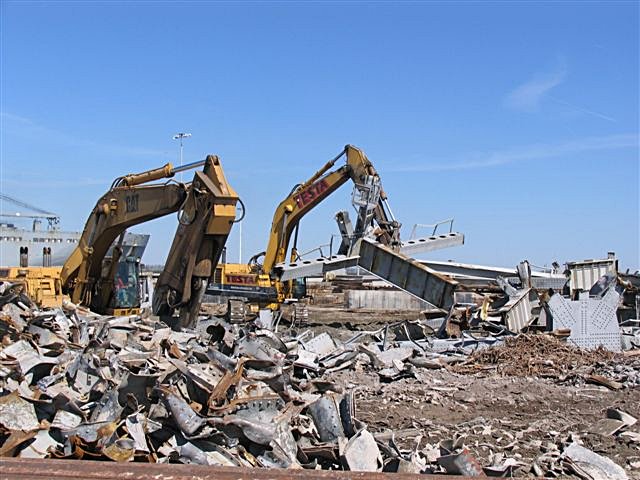 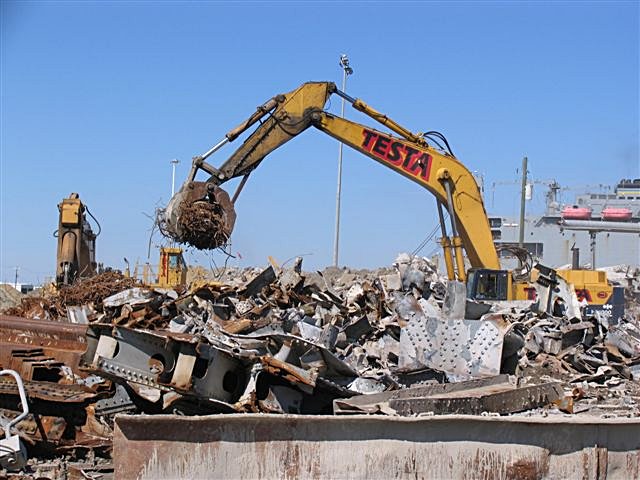 Steve with his Dale Earnhardt high speed grapple. No slow dancing here as he loads the truck 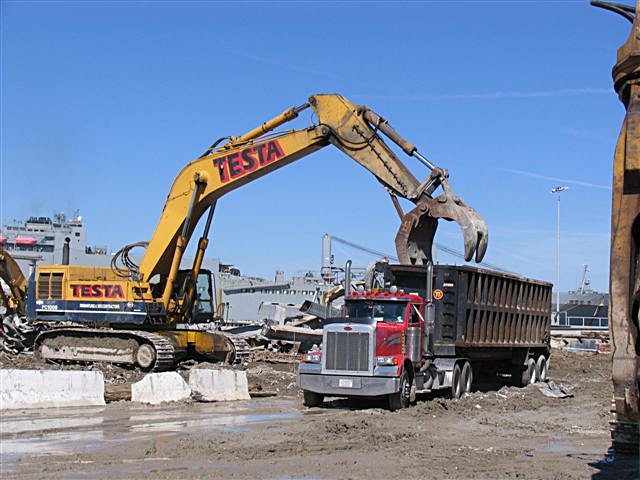