Its a new year and its clean up time. Three piers to go.

Here is the worksite 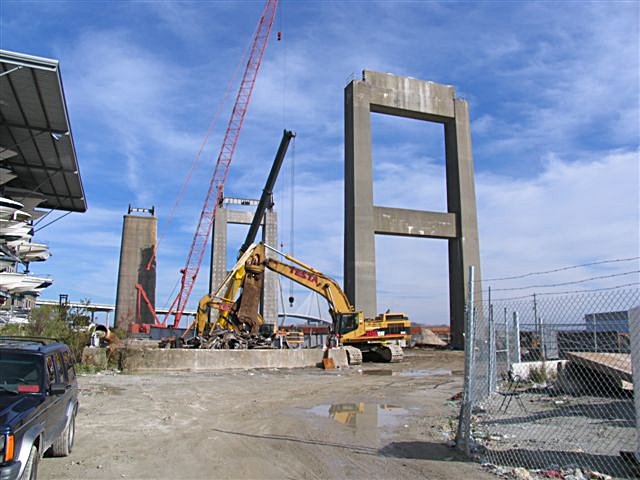 Another view with the Ravenel Bridge in the background 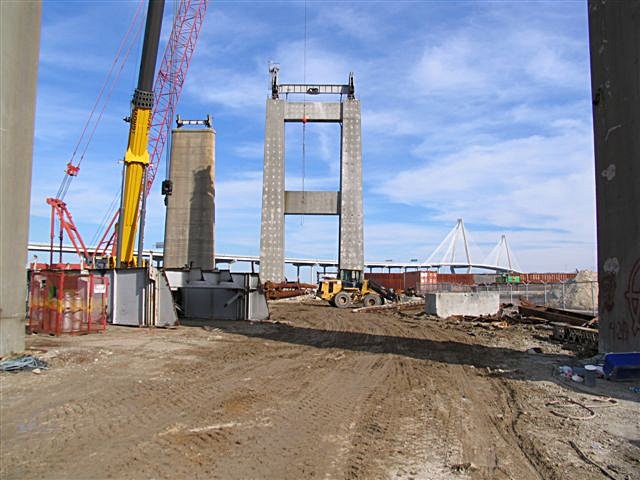 The last of the unbuilding - the Grace roadway skeleton 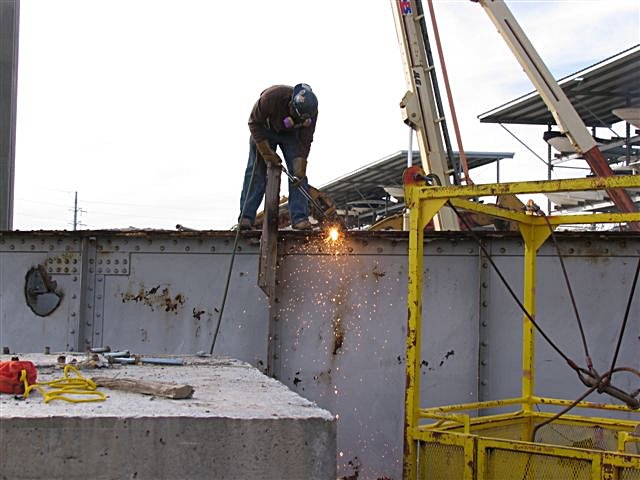 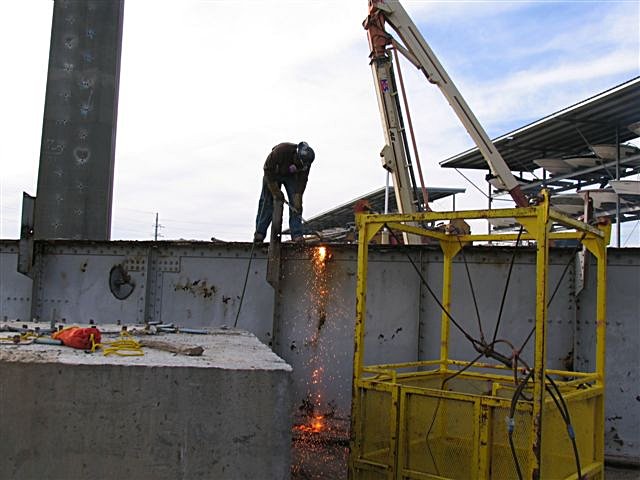 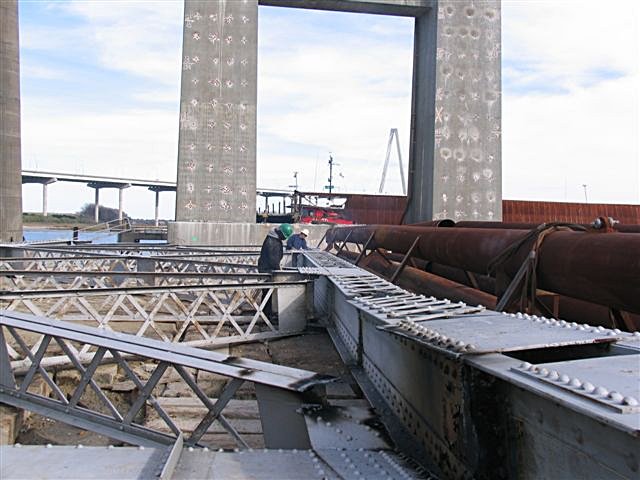 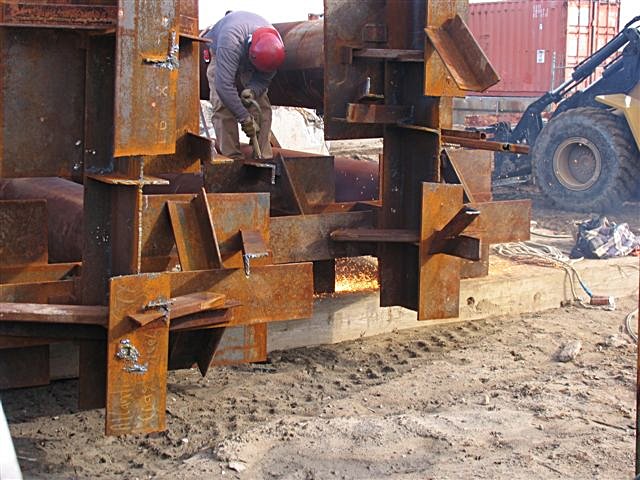 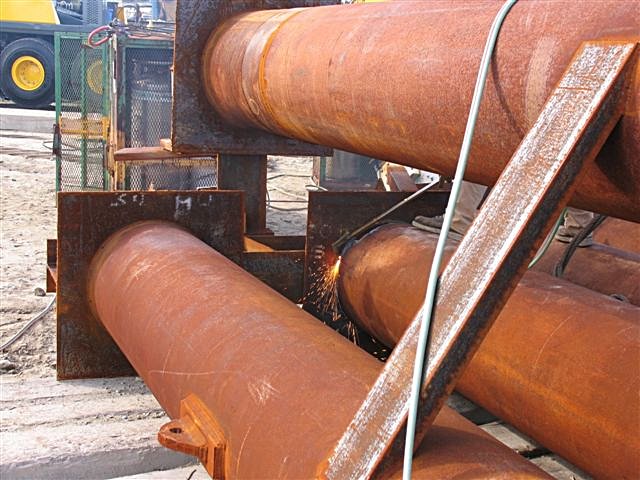 Another view of parallel unbuilding 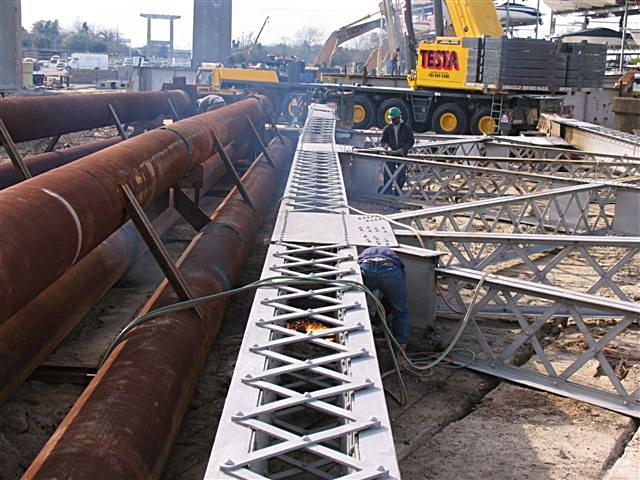 The base of the recently built support foundation 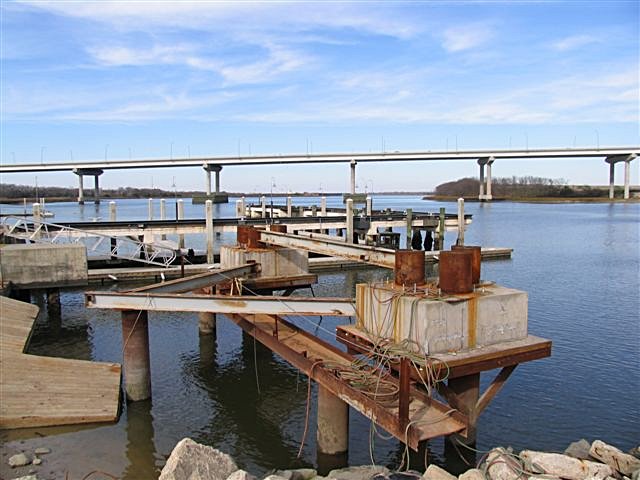 Carlos and his soft touch 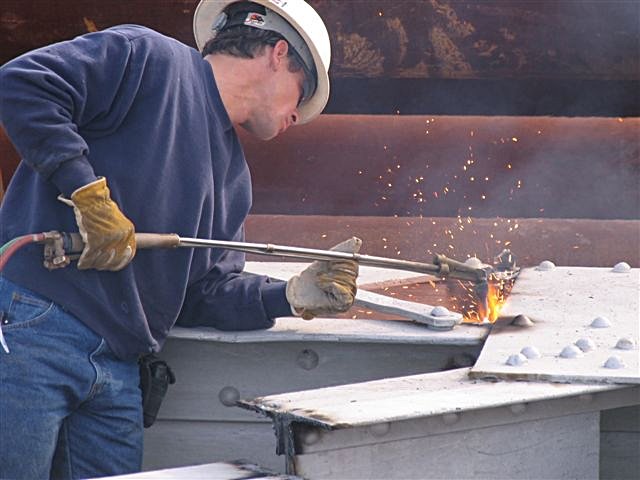 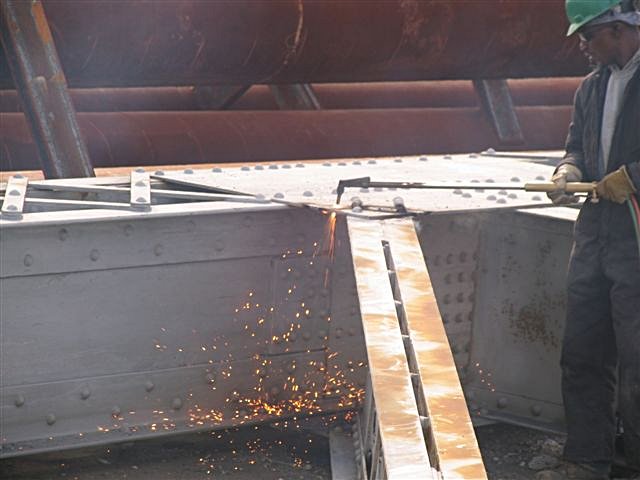 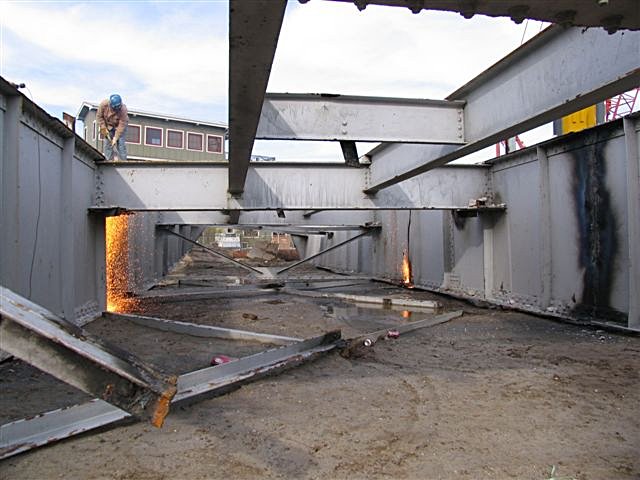 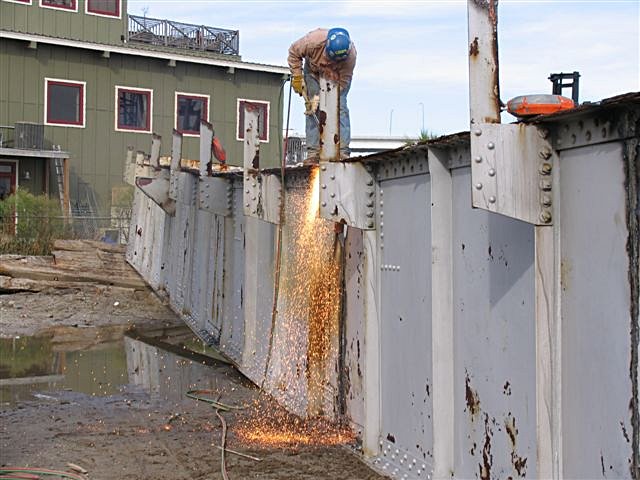 A view from below - where Pio used to walk 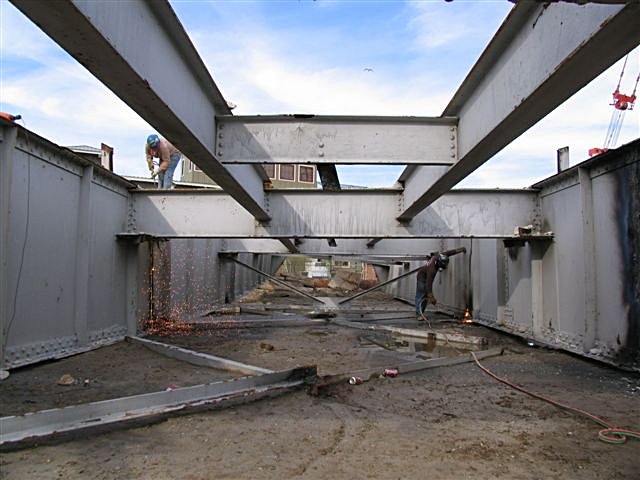 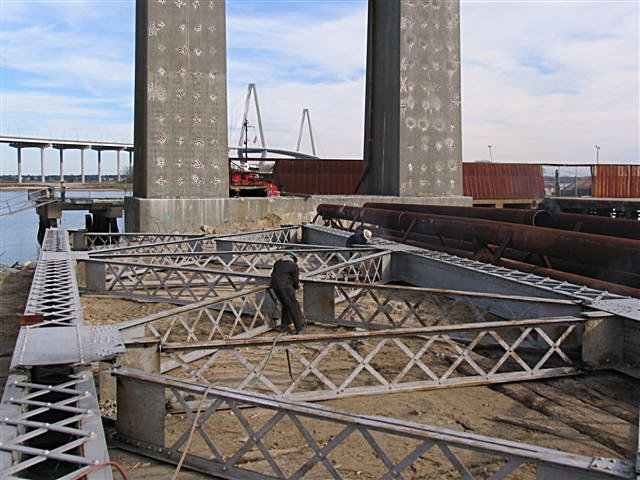