Home Meeting St East Bay Drum Island Mt. PLeasant Pearman Stories Grace Stories Implosions Enginnering Insights Stories of unbuilders Learning Links Bridge Video Bridge Blog Unbuilding Archive All Unbuilding Segments Building the Ravenel Bridge Photo Essays About me
January 4, 2006:
Around East Bay - not much remains
I don't know what our Testa and Cashman friends had for holiday food but the work over the past week is simply dramatic. Here is the story between Hanover St to East Bay to Town Creek

First here is the view from Hanover St. No Pearman ramp and only a stub of the Grace ramp. 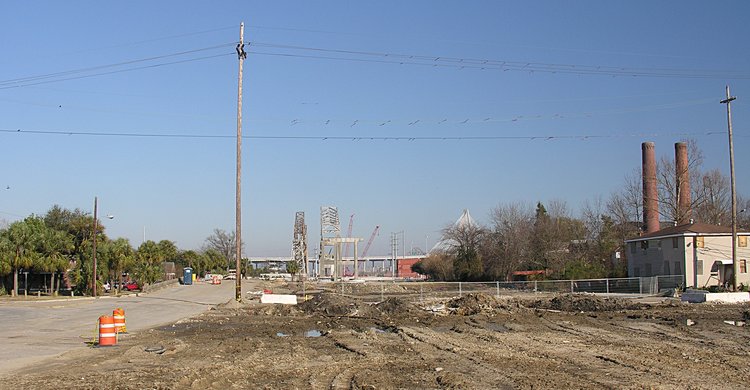 The Grace stub - about 6 ft high 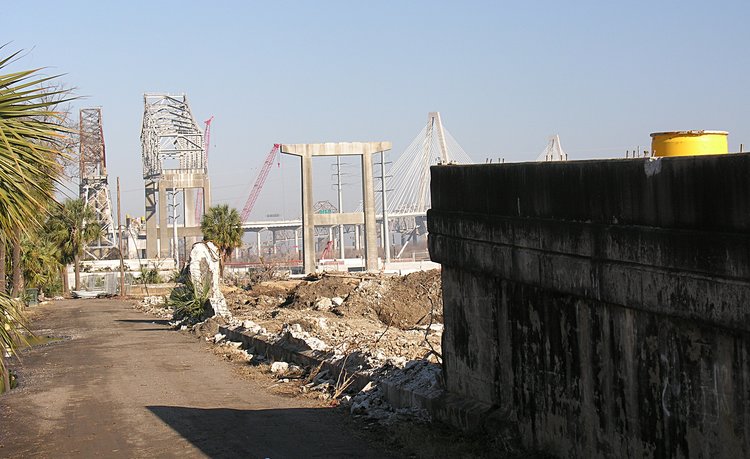 Looking at the Sea Breeze and the Grace and Pearman trusses 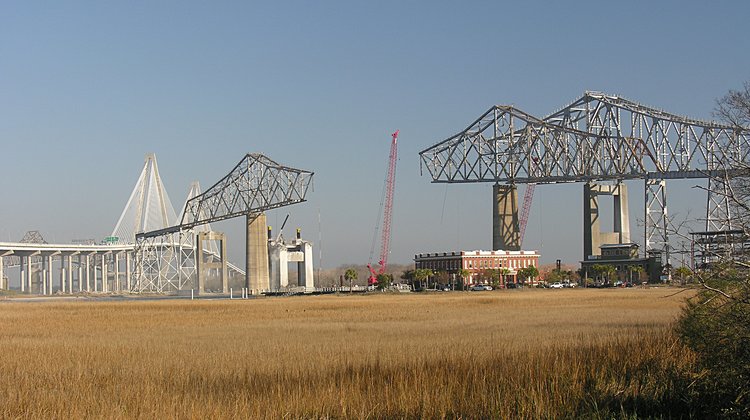 From the Sea Breeze dock, the Grace cantilevered truss and an excavator on the jack-up barge breaking down the Pearman cantilever pier 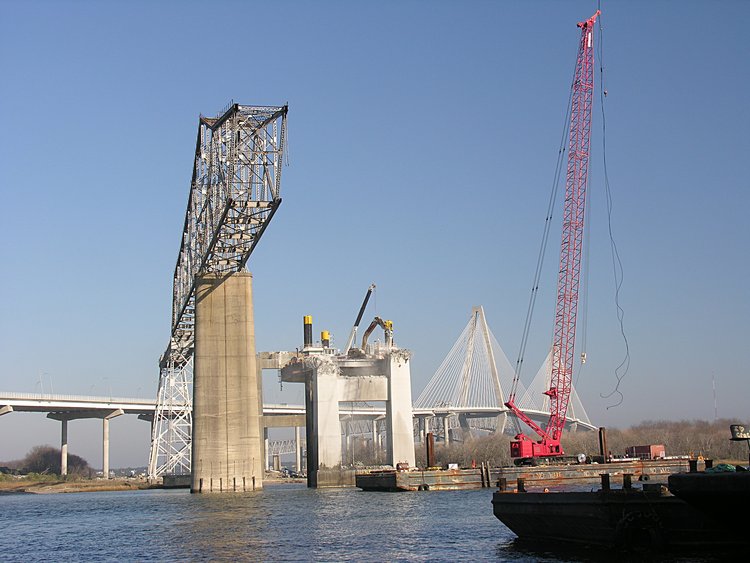 A closer view of the jackup barge and excavator. A bit of the old and a bit of the new (the Ravenel Bridge in the background). 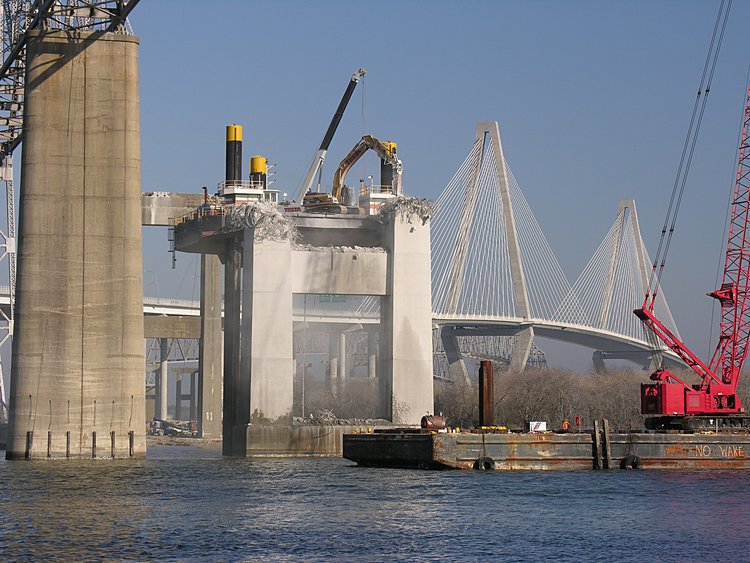 and a last look at the Grace, Pearman, Ravenel ensemble 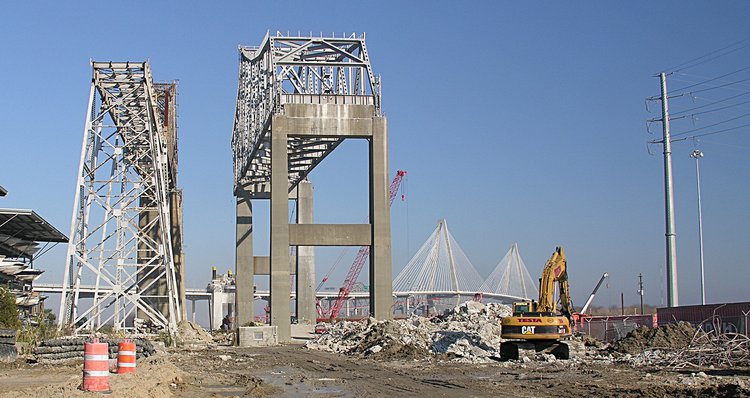