Home Meeting St East Bay Drum Island Mt. PLeasant Pearman Stories Grace Stories Implosions Enginnering Insights Stories of unbuilders Learning Links Bridge Video Bridge Blog Unbuilding Archive All Unbuilding Segments Building the Ravenel Bridge Photo Essays About me
January 5, 2006:
Unbuilding the Grace Bridge - a family affair
For Pio, unbuilding the Grace Bridge is a family affair. His mom, Grace, was born in 1910 - so she would have been about 20 when the Grace Bridge was built. Pio has 11 brothers and sisters - a large family, just like the Grace Bridge - large enough to handle the 1930s traffic between Mt. Pleasant and Charleston. So when the time to unbuild Grace arrived, Pio volunteered his team to unbuild Grace. His team is over half way now as seen in this view of the worksite. 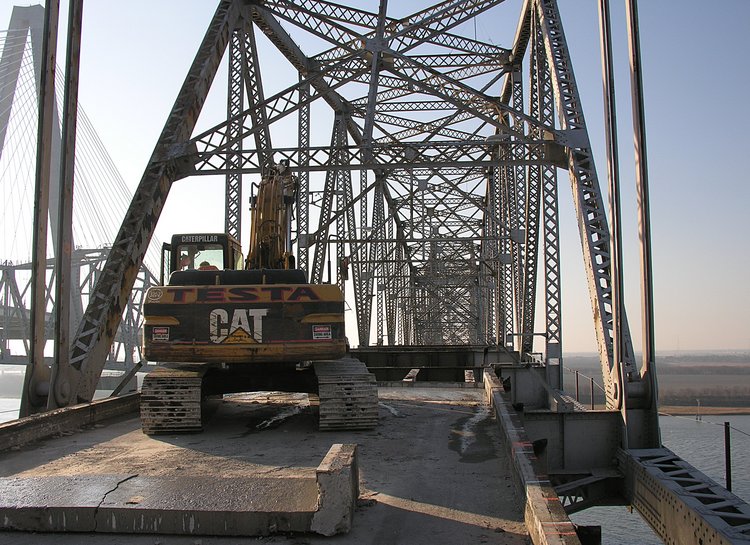 And his team - Speedy 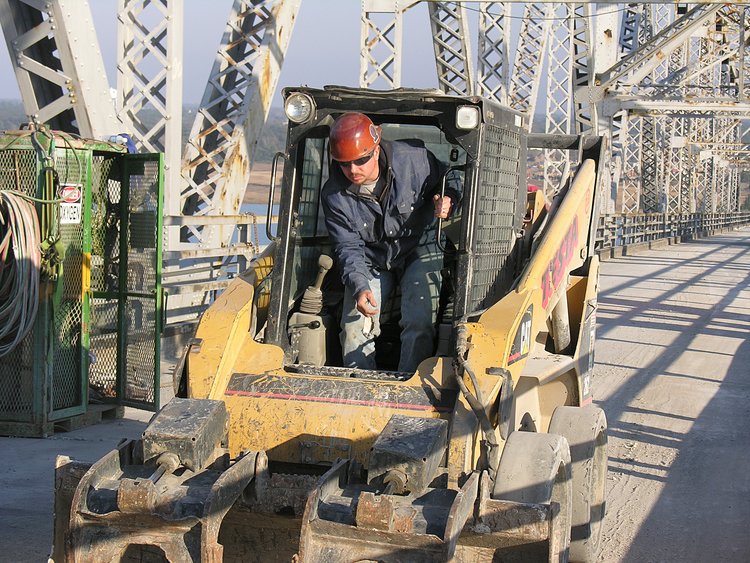 Richie Bagen - who with Michael Hebb, Jack Foley and Bob McCabe are my Professors of Unbuilding 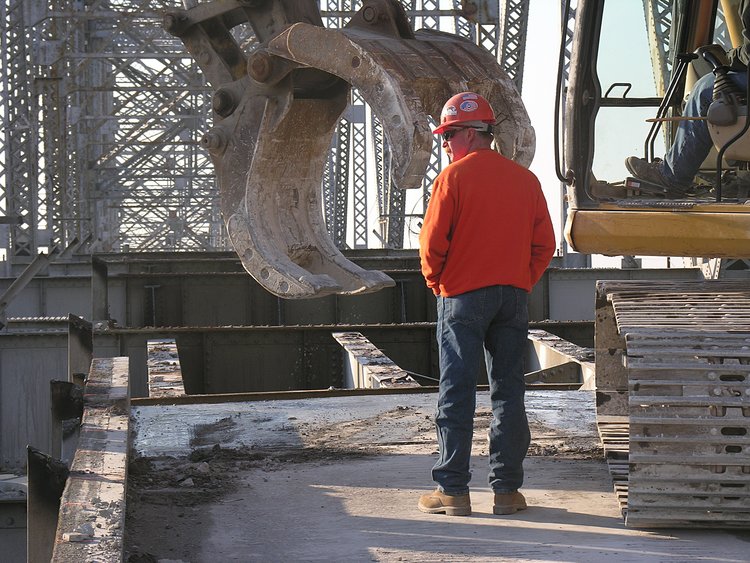 Roy Delpriete - taking over the grapple for Brad. 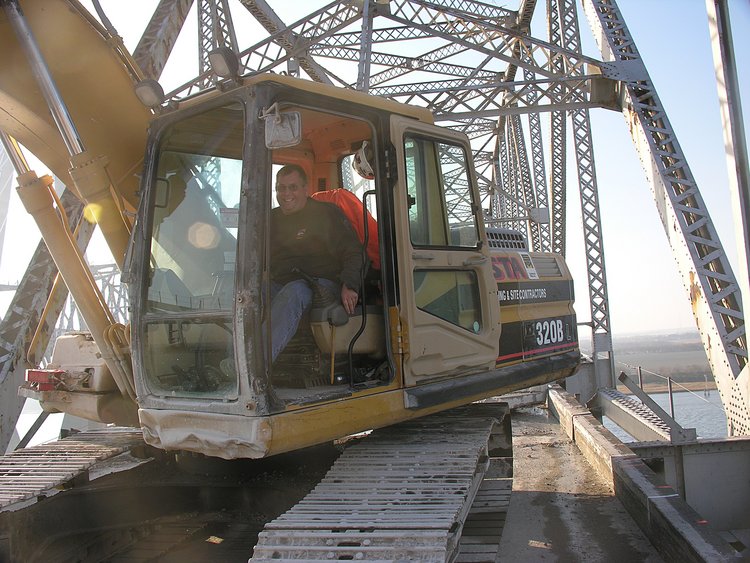 and picking up sections of concrete roadway 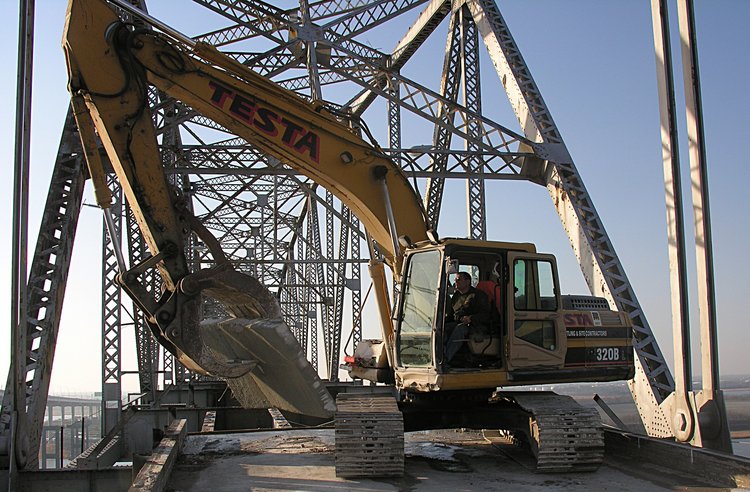 From here, unbuilding is all down hill 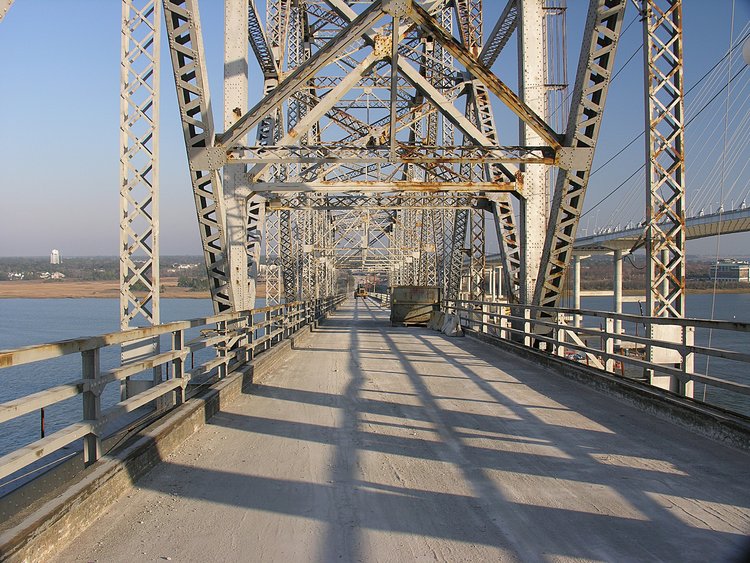 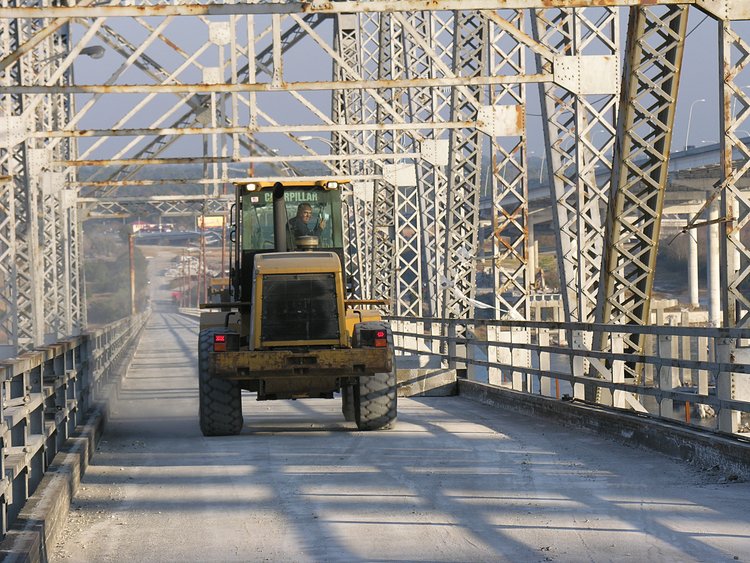 and a smile from Pio 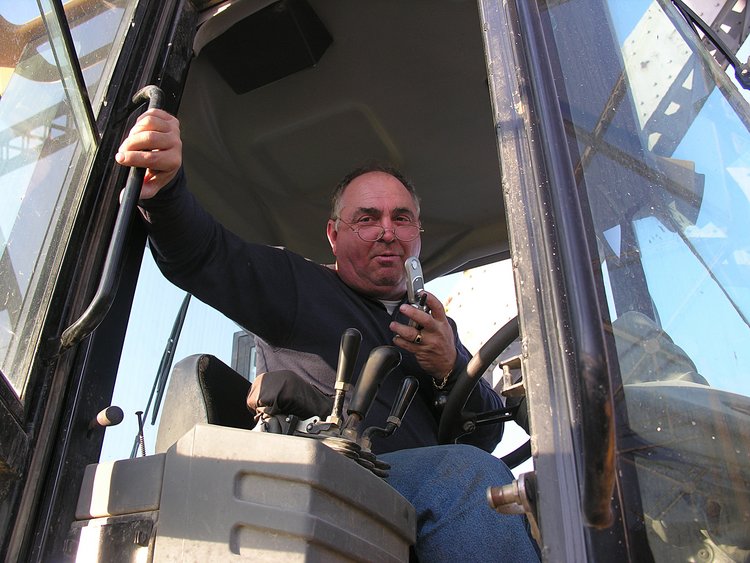