Home Meeting St East Bay Drum Island Mt. PLeasant Pearman Stories Grace Stories Implosions Enginnering Insights Stories of unbuilders Learning Links Bridge Video Bridge Blog Unbuilding Archive All Unbuilding Segments Building the Ravenel Bridge Photo Essays About me
January 4, 2006:
Preparing for the Mt. Pleasant pier
Mt. Pleasant is going to build a loooong pier out into the Cooper River on top of the bases of the Pearman piers. This requires that the caps and columns be removed down to some point - that, in this case, is painted red on each column. More precision work. Below you can beging to see the strategy unfold - dropping the piers down to the red lines just above the water level and then later, adding the floor girders and doing some reverse unbuilding - sometimes known as building.
Here is the Pearman worksite - only a few girders left to be harvested 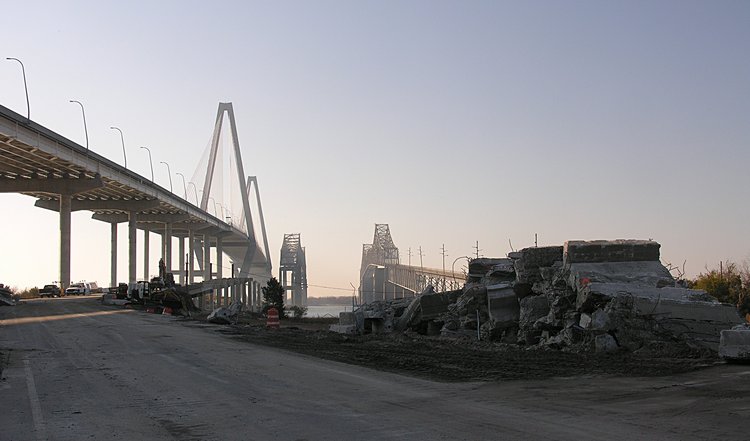 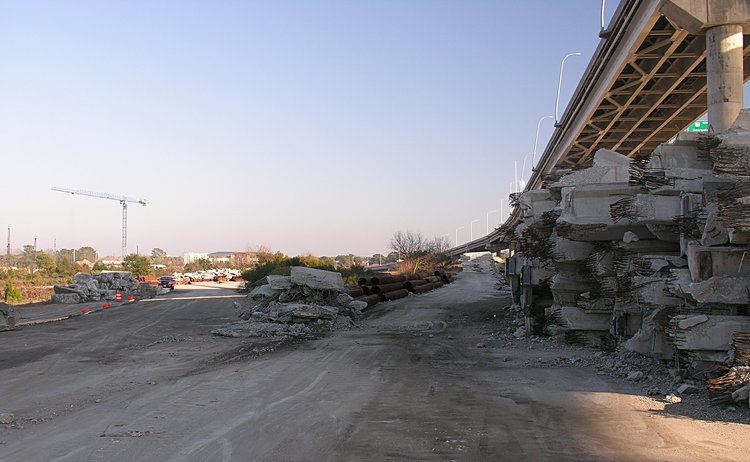 Here are the exposed floor girders. If you ignite your curious eyes, you will see the stub of a pier base between the 4th and 5th girders (from the right) 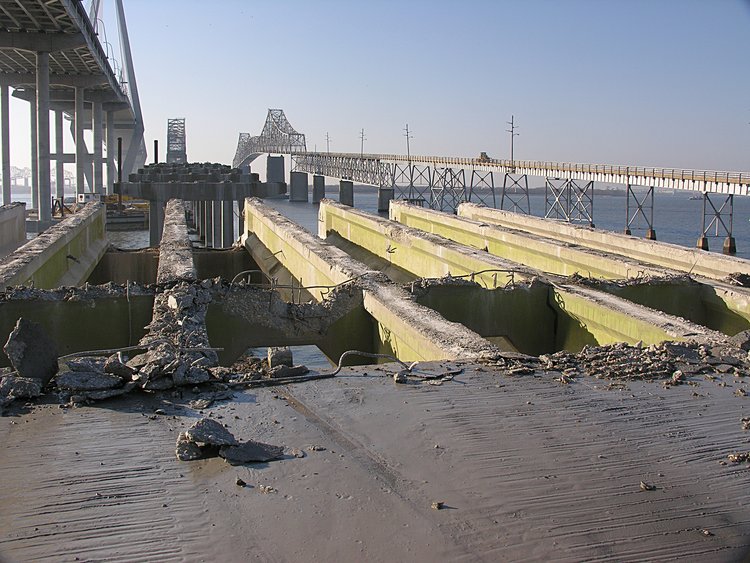 Hiding between the girders is a view of the preparation for the Mt Pleasant pier. 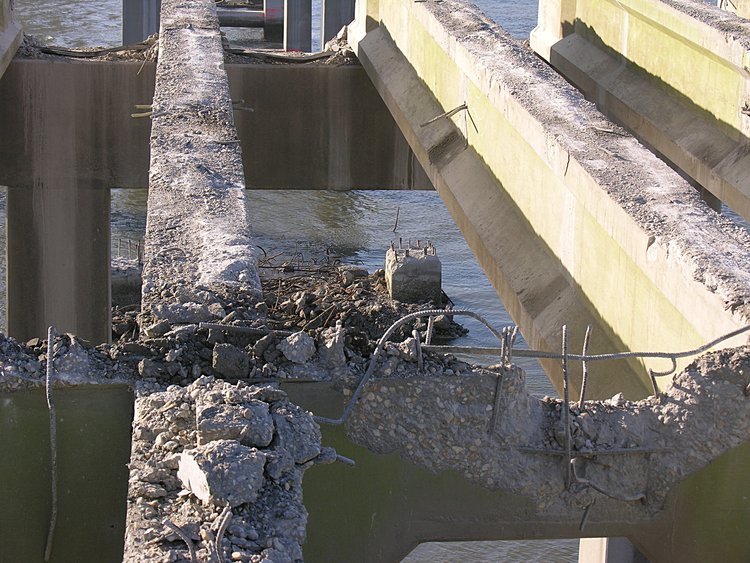 Looking from the Grace Bridge, you can see the red marks at the bottoms of the columns - just above the high water level - marking the foundation for the Mt. Pleasant fishing pier (Click image for a larger view) 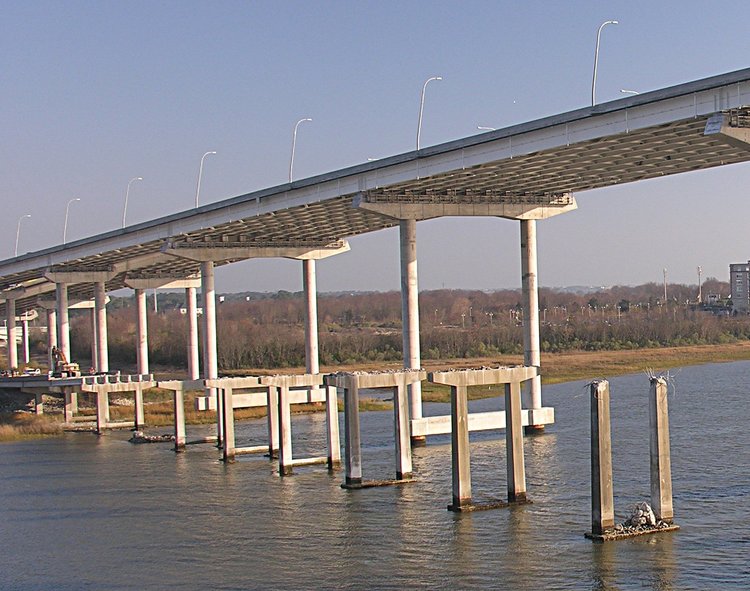 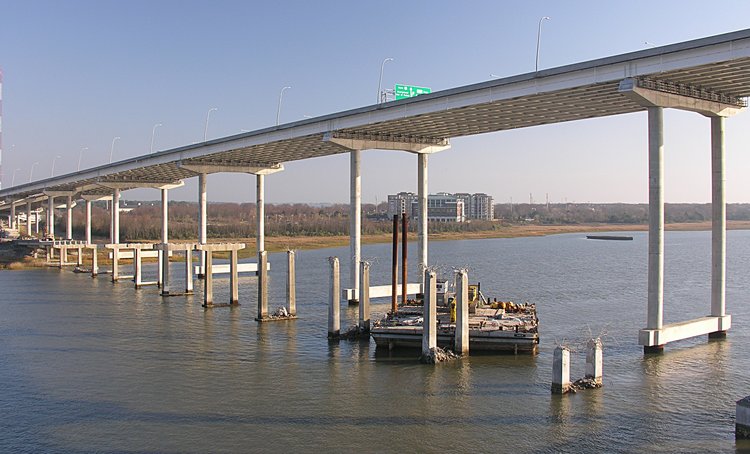 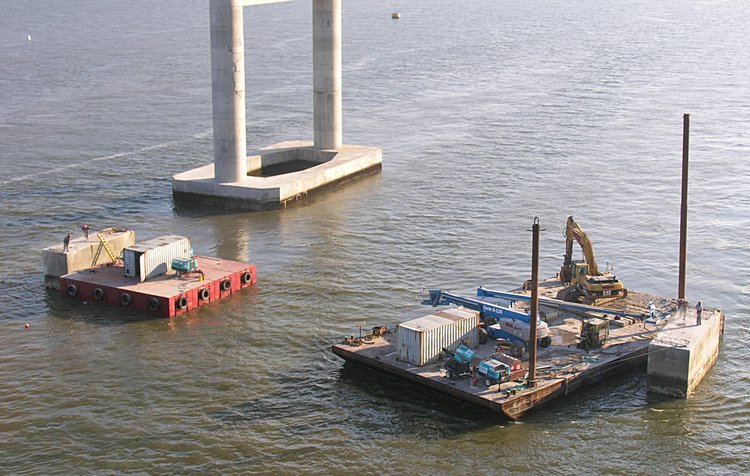 Another view of the array of piers. 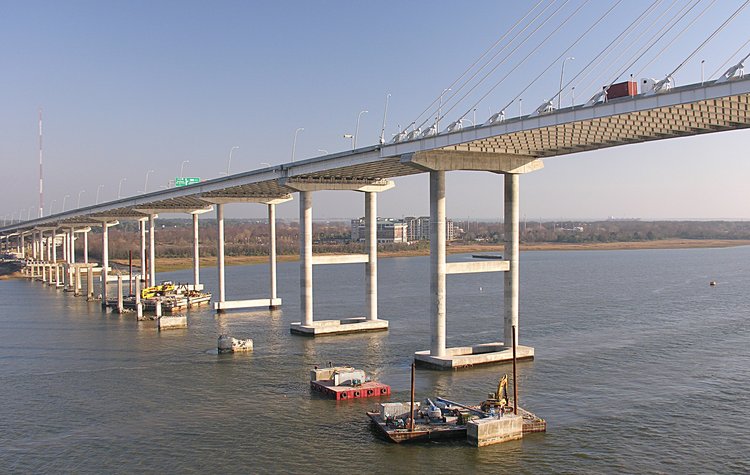 So, by now you are wondering how will they drop the columns near the shore. Shown here are a pear of flotation tracks. The idea is to mount an excavator on the top of these and simply drive out to the piers that are close to the shore and then hammer them down to the red marks. 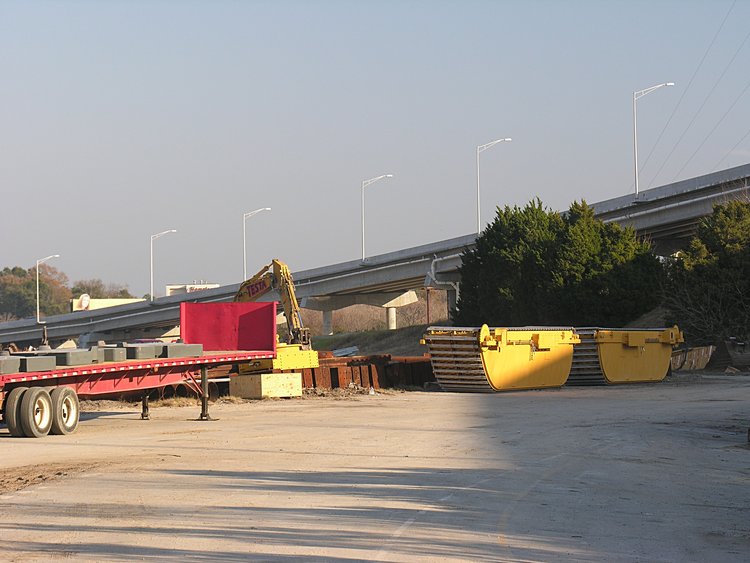