The worksite about 8am this morning. Chris and his 7550, Jack hammering away at a Pearman support and Bob, not feeling too well. If anyone knows a sure cure for lower back disc problems - holler (seriously) 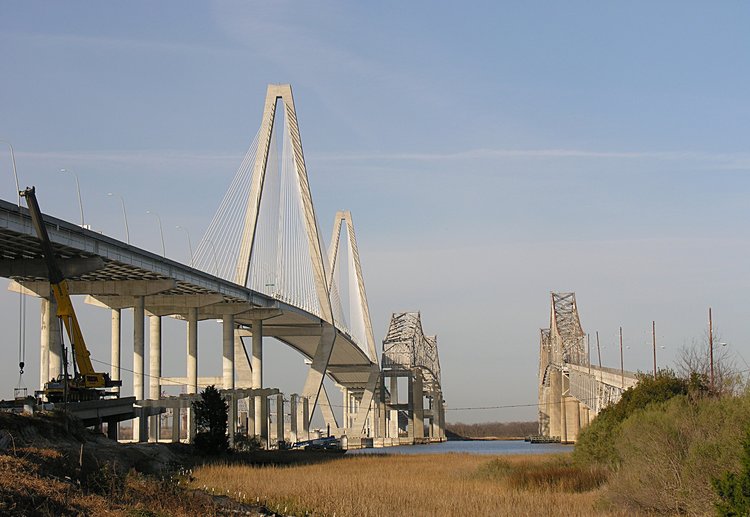 Walking under the Pearman ramp - here is a view of Jack (foreground) and Michael (in the backgroud) both reducing the supports down to the red marks. This will for the foundatino of the Mt. Pleasant observation pier 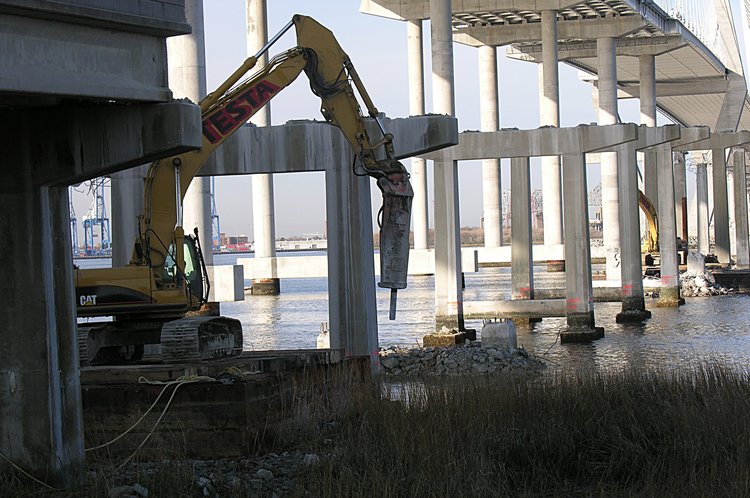 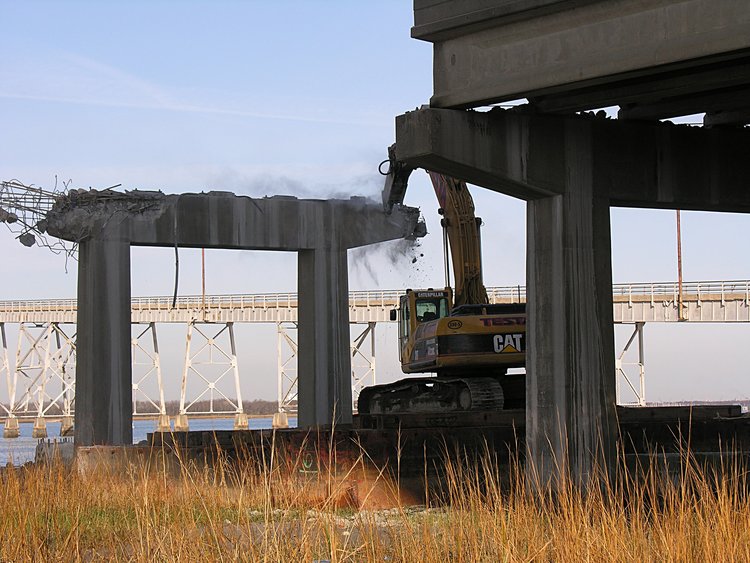 And Michael, doing the same about 4 or 5 piers out into the river 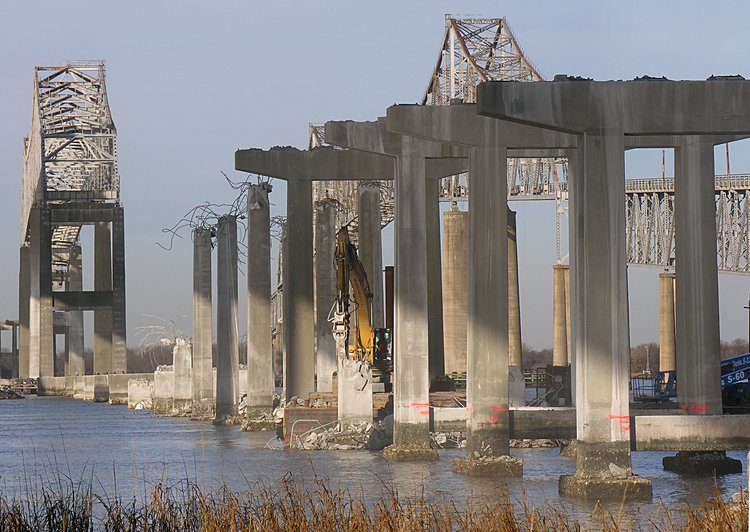 Another view of both Jack, Michael and Chris (in his heated 7550 cab) 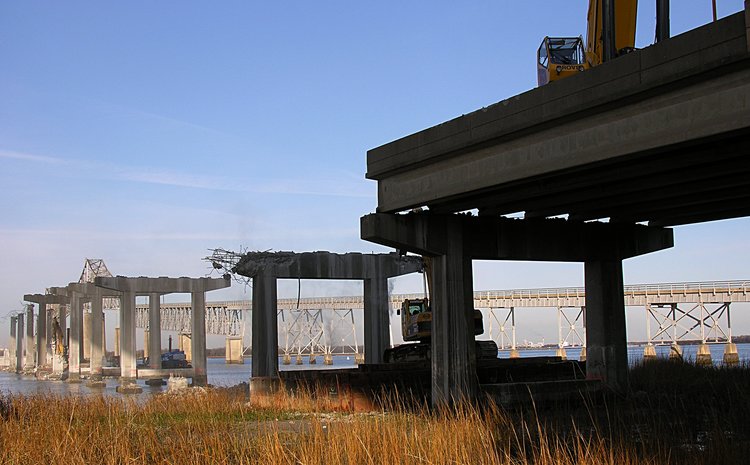 Looking under the Pearman ramp 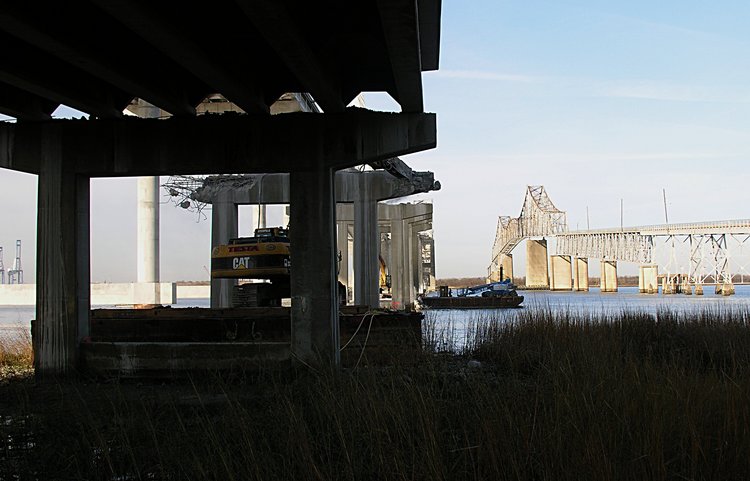 Here is a view of Jack from above 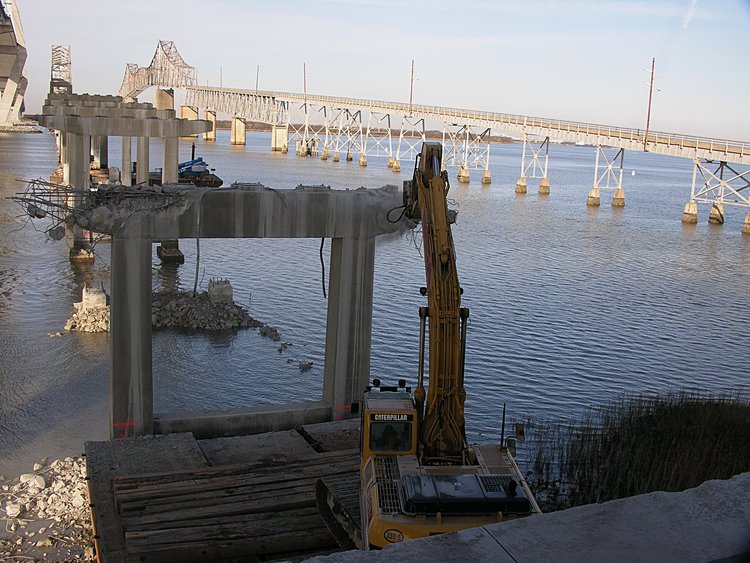 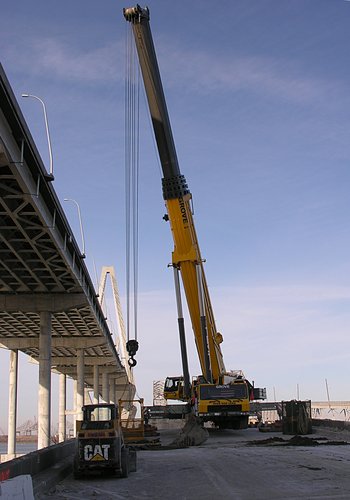 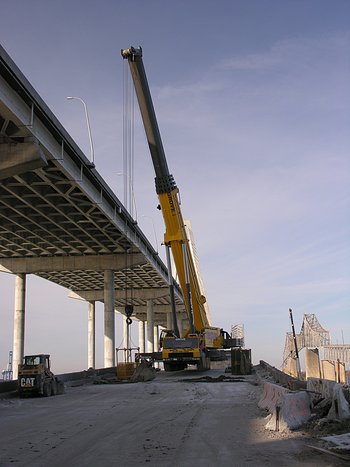 Time for a coffee break - with the hammer in the rest position. 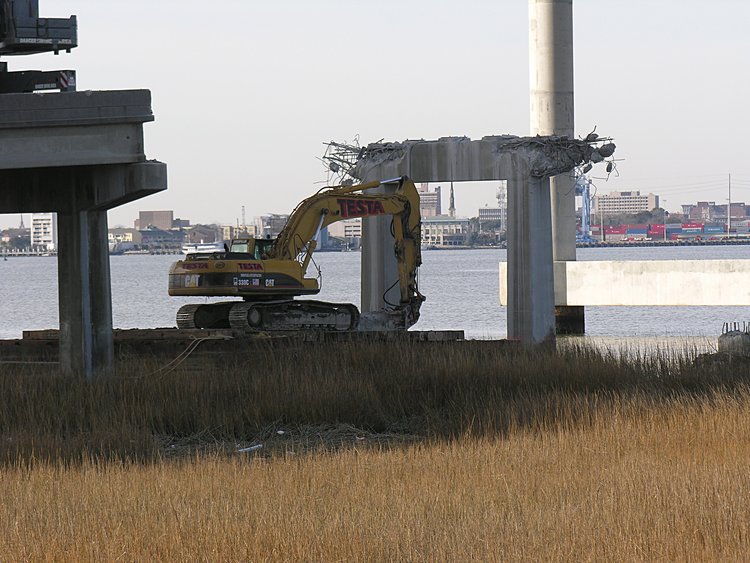 Here is a photo of Bob, Chris, Jack and Michael - can you find them? 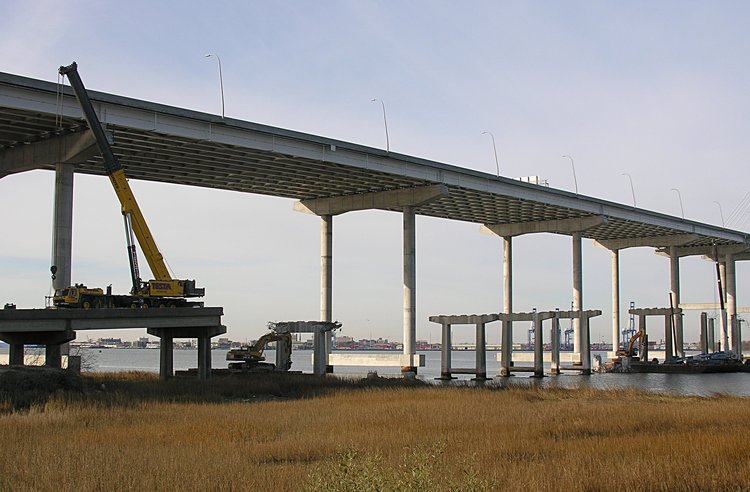 Turns out that Jack and Mike are synchronized - coffee on the barge. 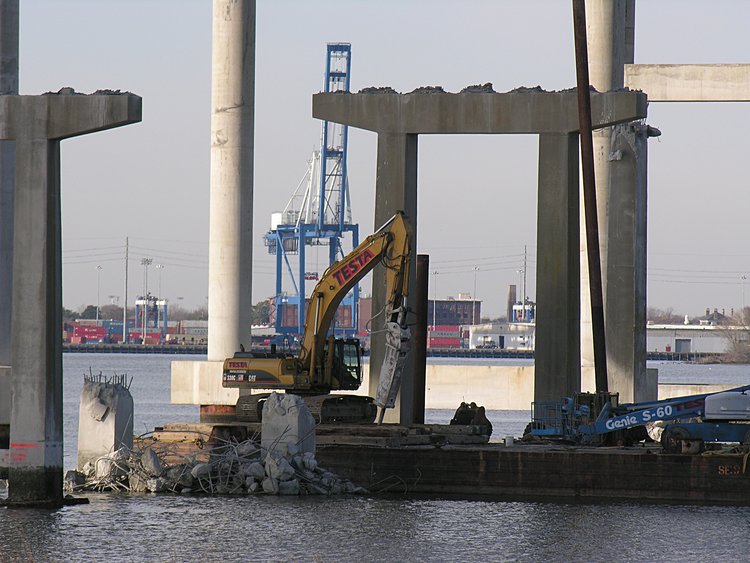 You can tell its Michael because he wears an orange Testa jacket - just like everyone else. 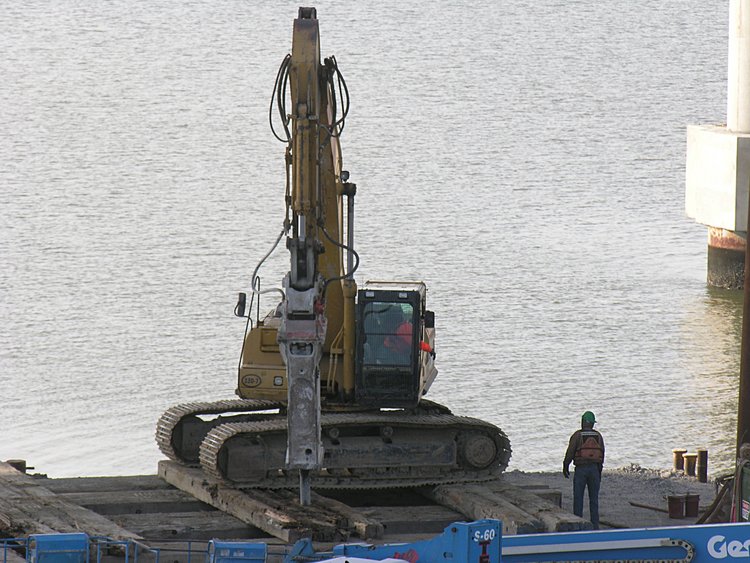 Another view of Michael's orange jacket and reddish pfd 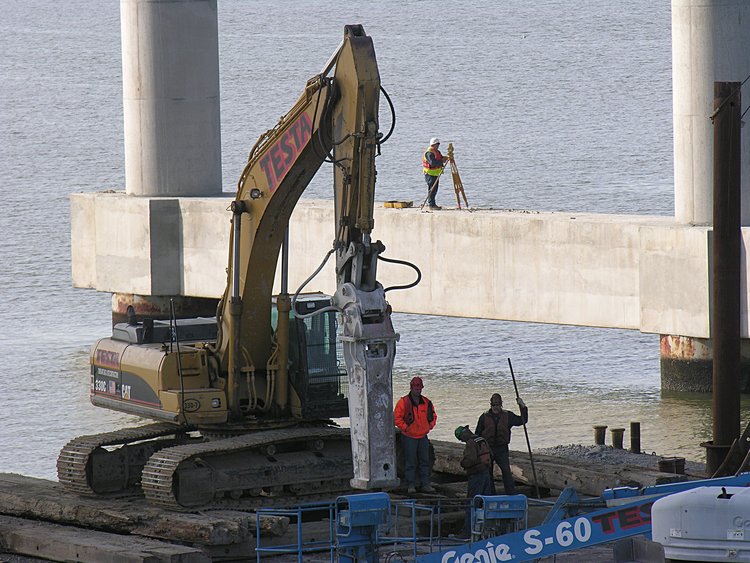 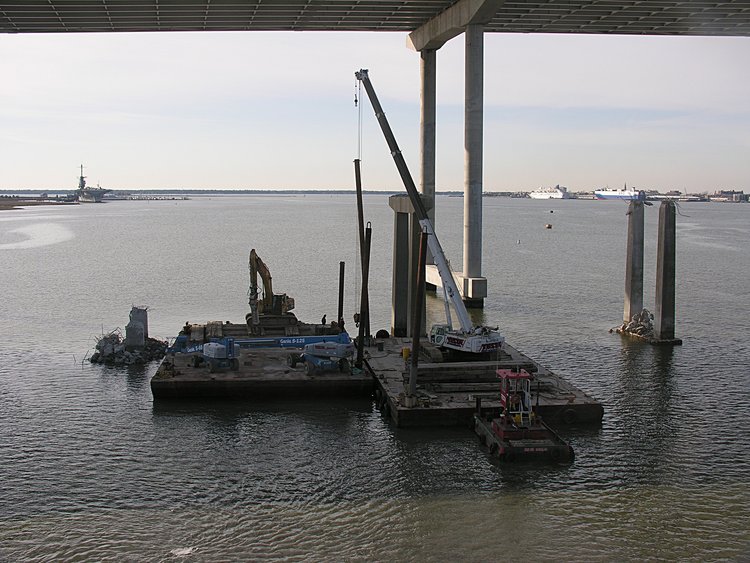 Repositioning is sometimes a slow process - but with Testa, slow and steady wins the race. 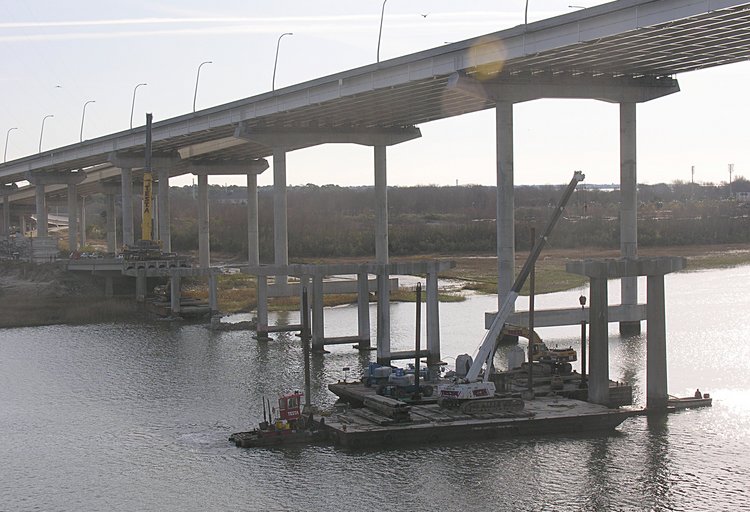 A nice view of the Pearman Cooper River span 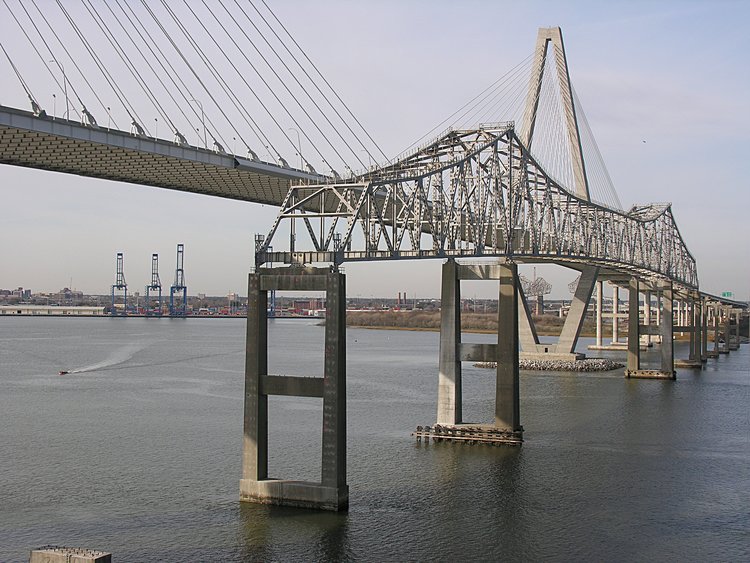 After visiting Pio, Richie, Steve and Roy - Jackie is back hammering away 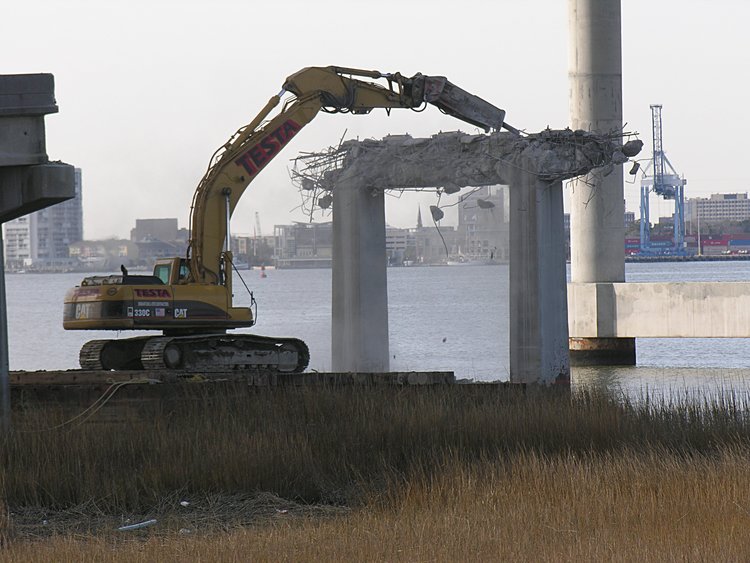 And no visit to the worksite is complete without looking at the Coleman Blvd. recycling center. Here you can see the bundle of extracted rebar (near the center) as well as concrete roadway segments awaiting transplantation. 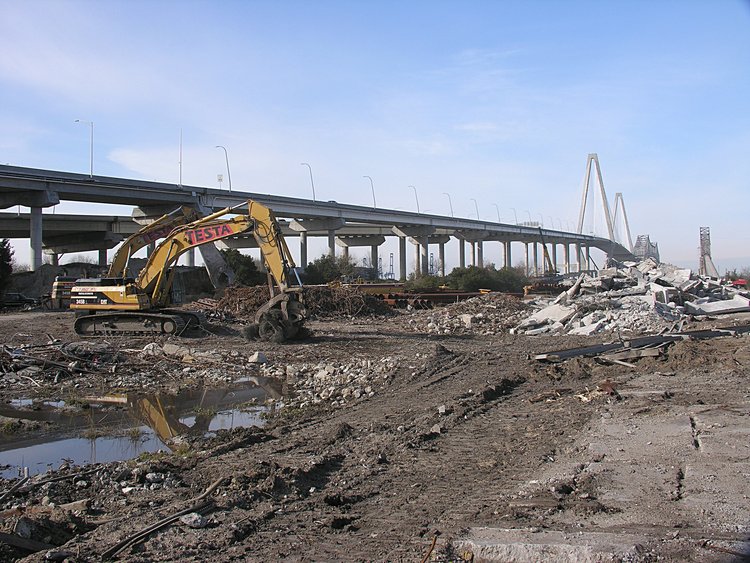