Early morning and Bob McCabe, Jackie and Ted are already at it - the worksite 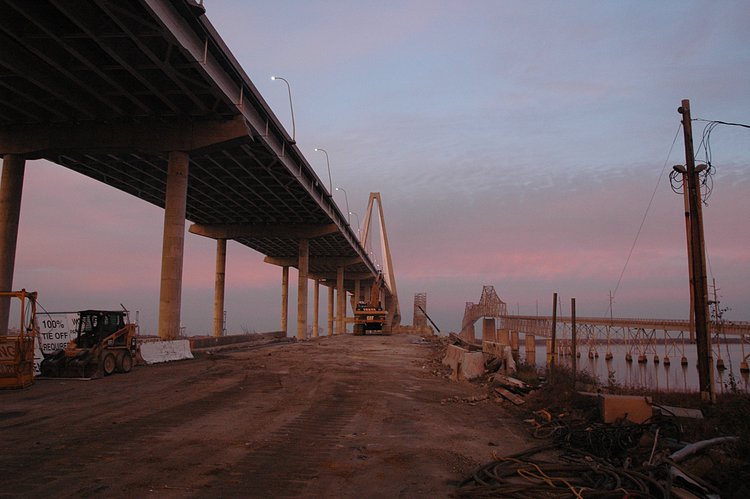 Jackie with his shear in the biting position 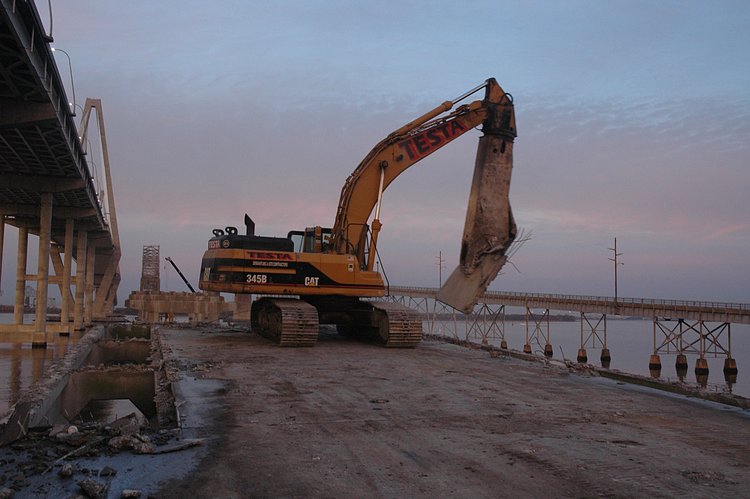 The bases of the Pearman supports will become the foundation of the Mt. Pleasant observation pier - a before look 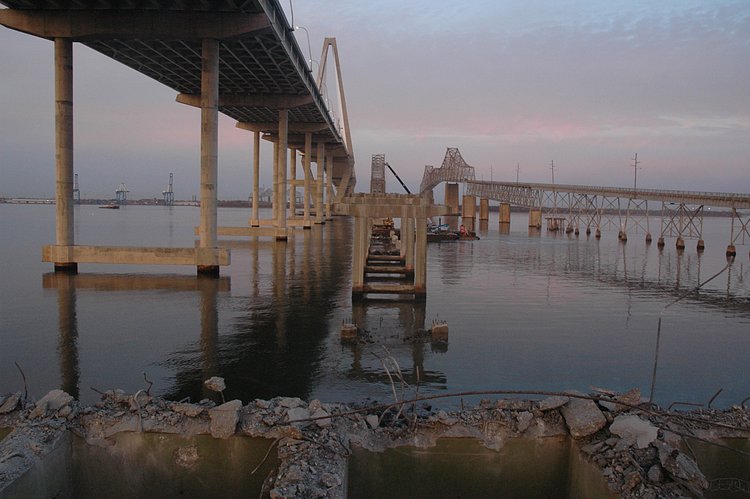 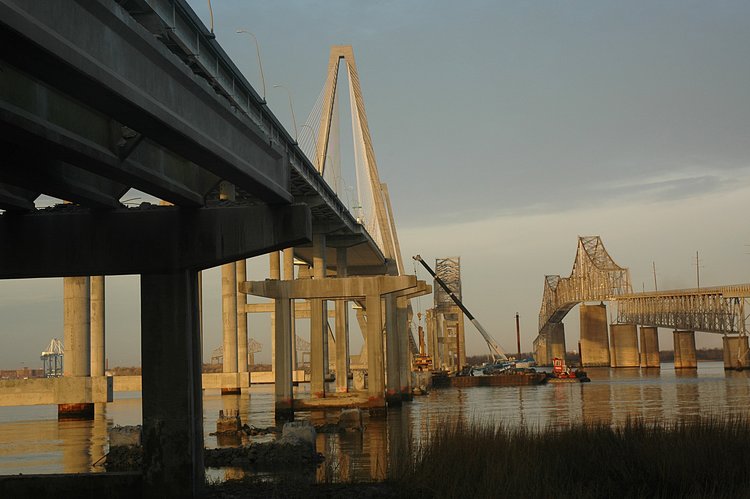 and a view from the southern side 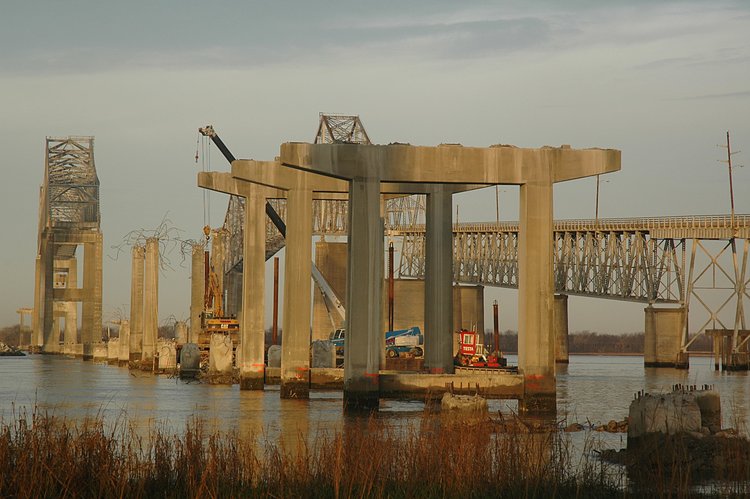 and a view from underneath the Pearman roadway 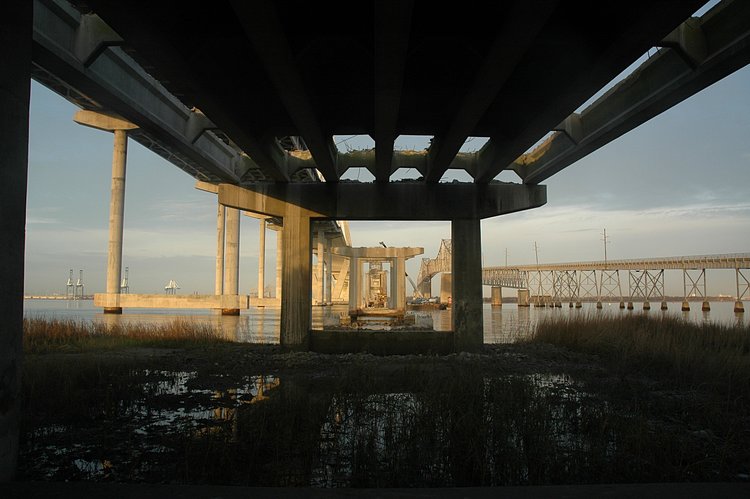 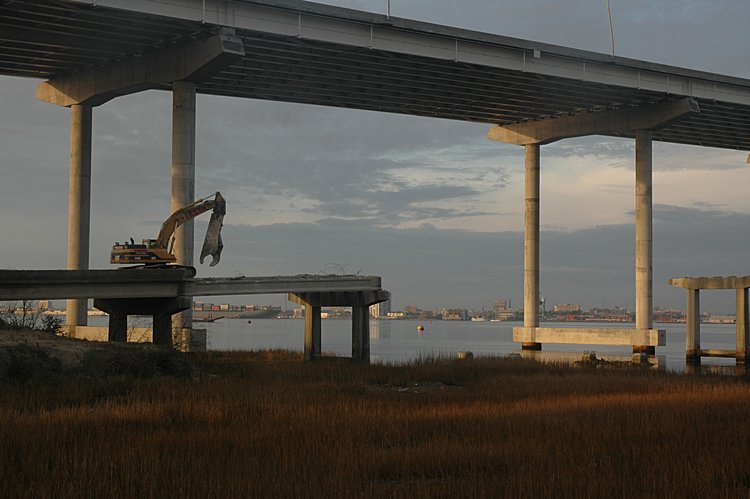 and a view of the Mt. Pleasant observation foundation 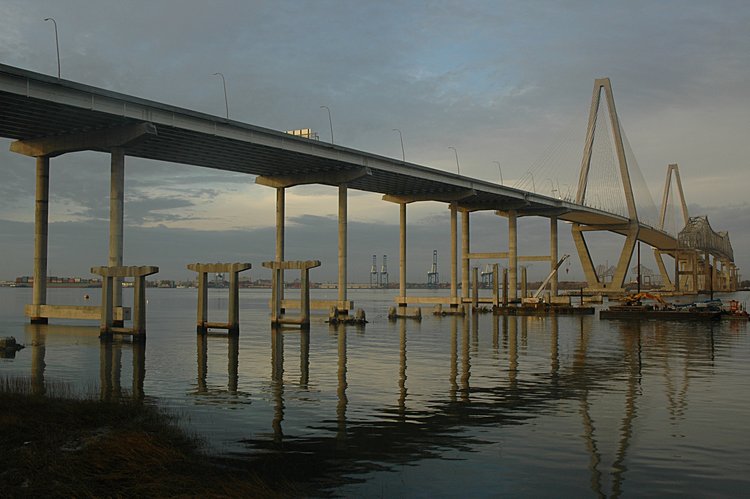 Looking over the side, there is the little Testa that could - pushing a barge with Ken, Phillip and Bret - on their way to load D-27 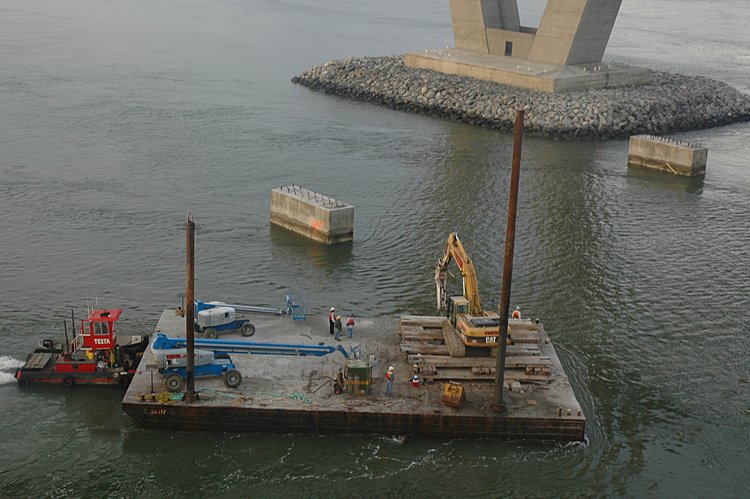 and soon, walking up the Grace ramp, the worksite 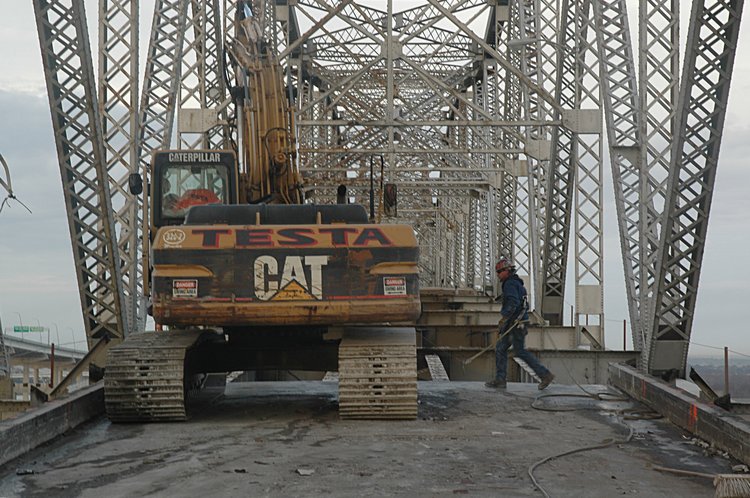 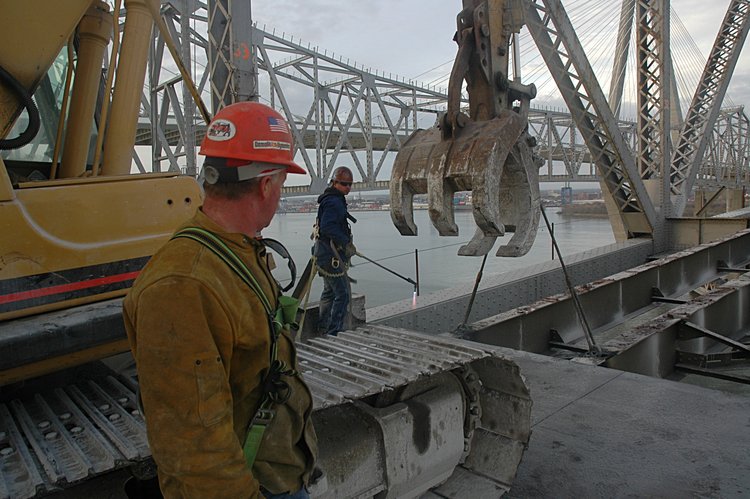 and a pull from Roy and his excavator 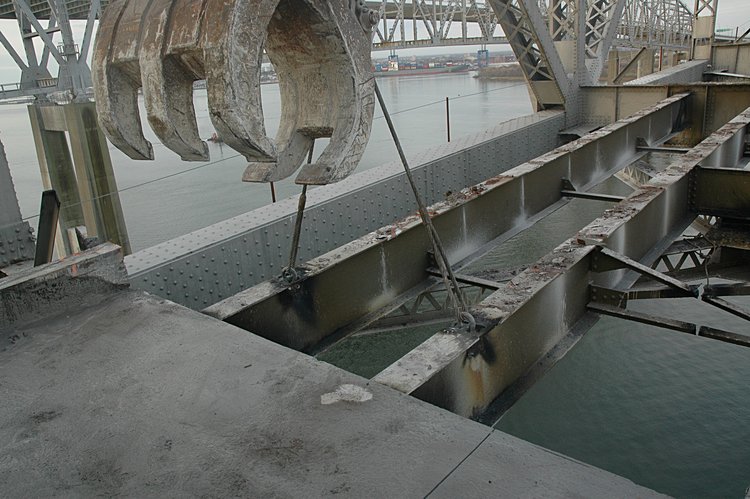 and the girder pair is slowly removed 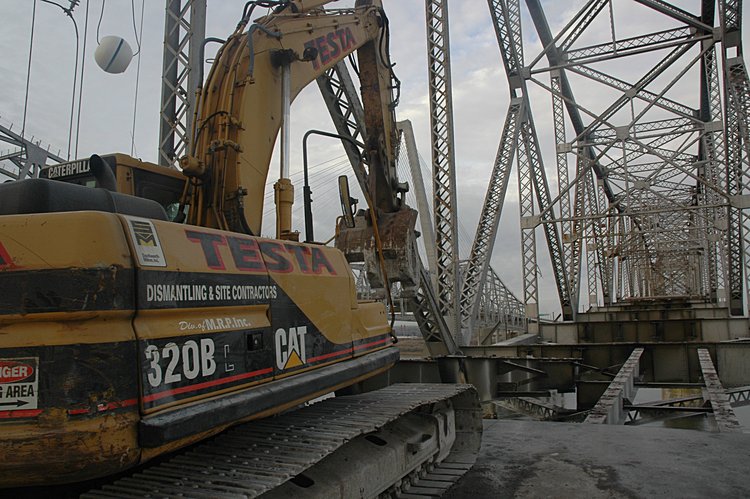 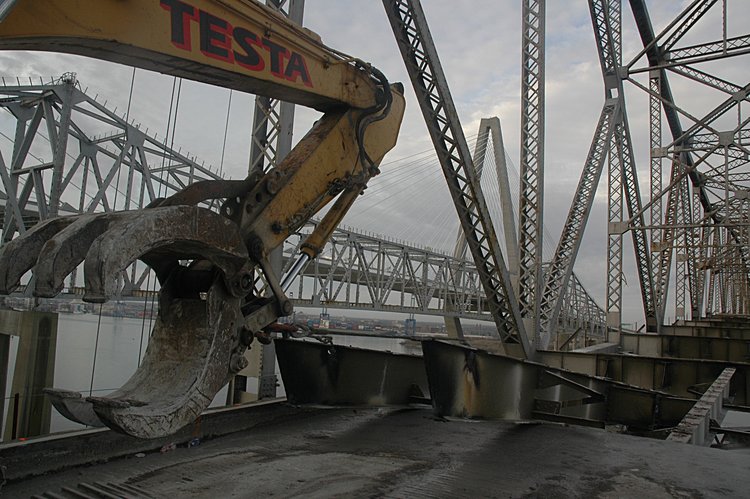 and finally resting on the roadway 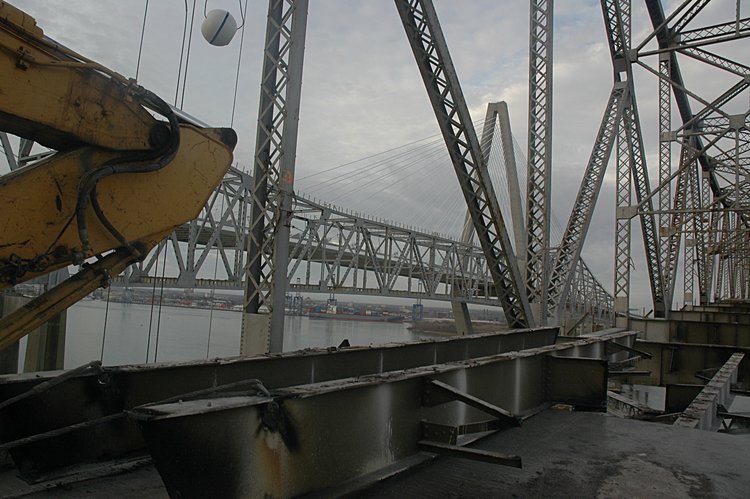 Looking back at the Pearman - nice sunrise and reflections 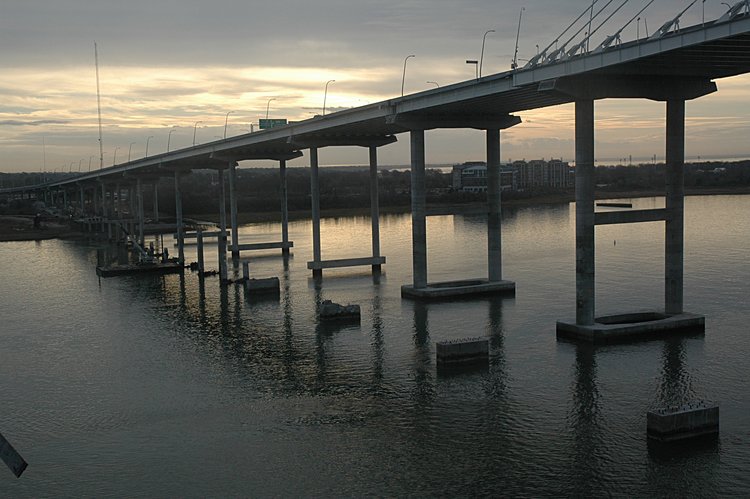 with Ted (not Tad) setting up for concrete cutting 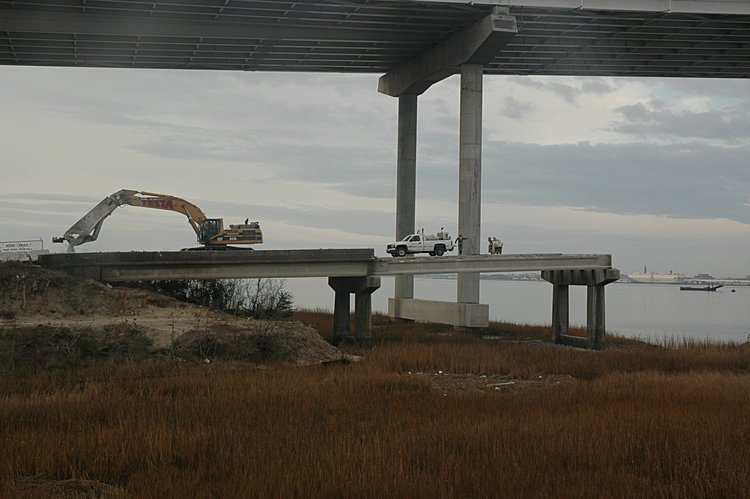 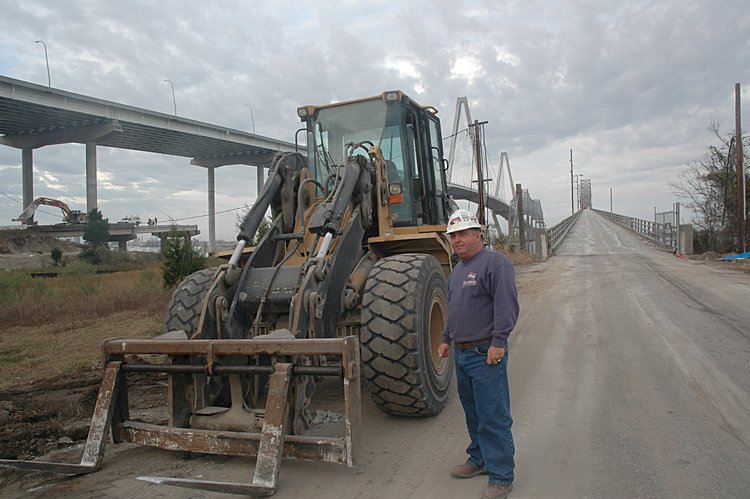