Here is T-1, the worksite with Mickey, Ken and Jackie Sherrel loading and sequencing the dynamite for Friday's implosion 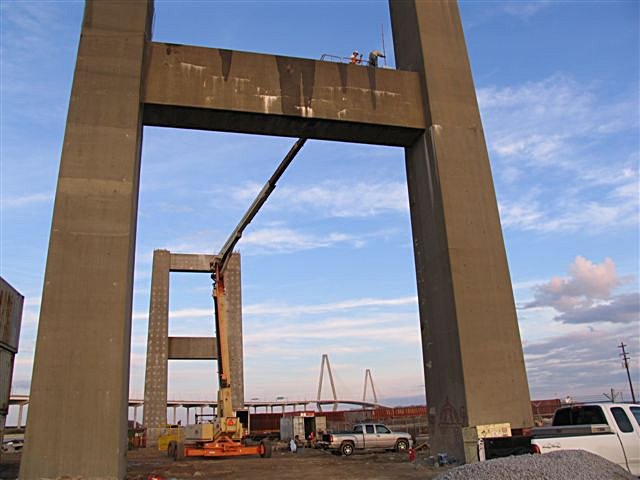 Ken and Jackie going up to load the cross-member 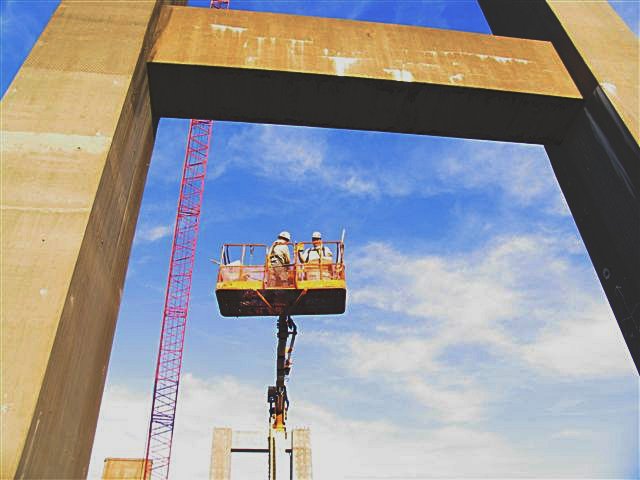 while Mickey is busy working on the tie-in at the base of T-1. Note the barrier of freight containers 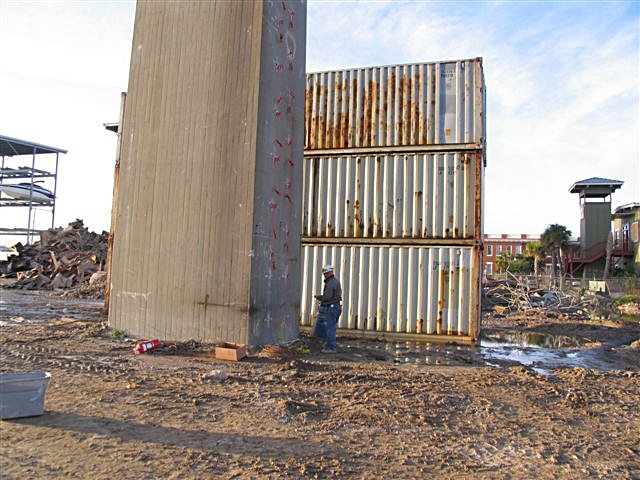 Ken on the cross member 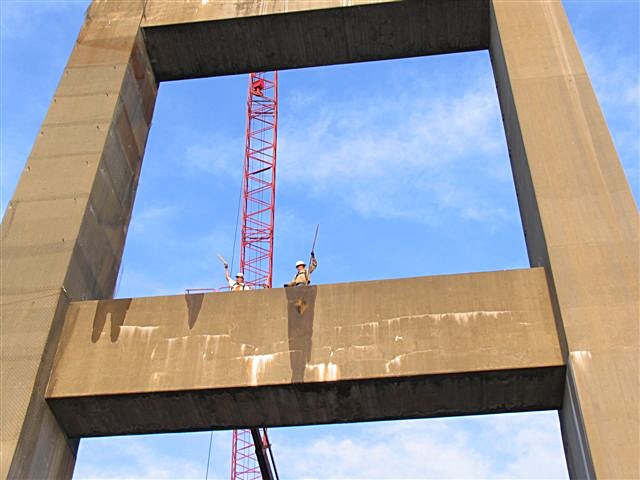 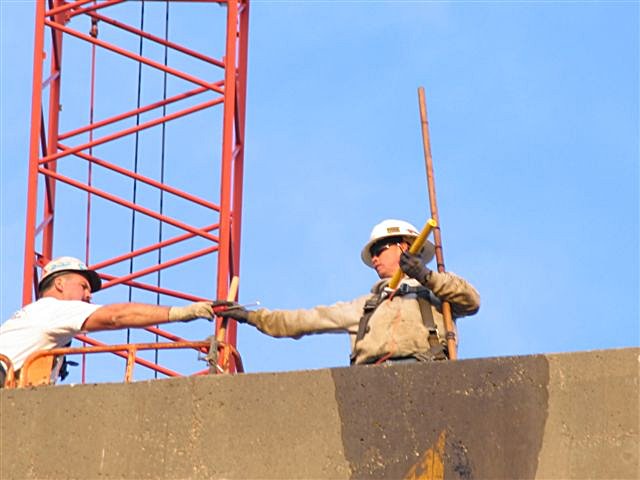 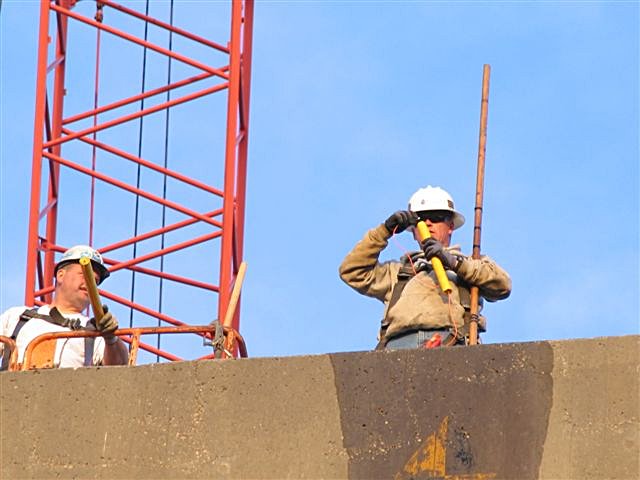 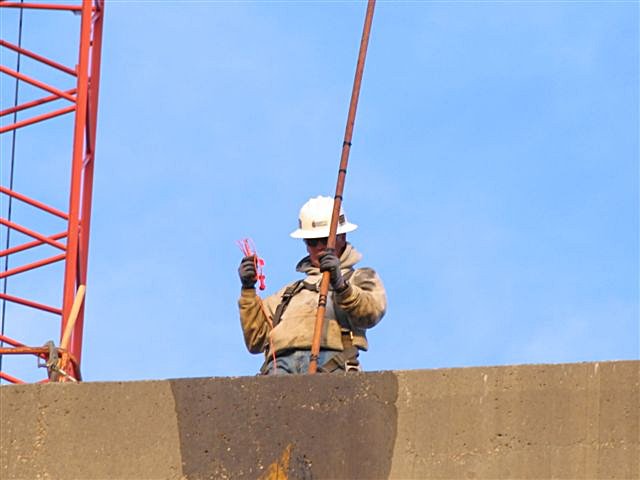 Getting the next tube of dynamite 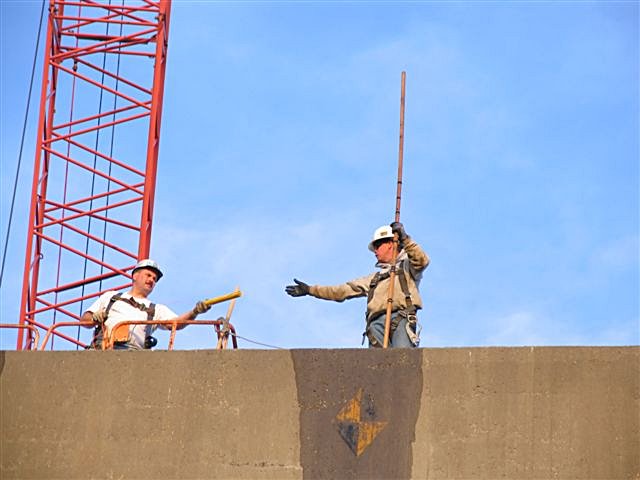 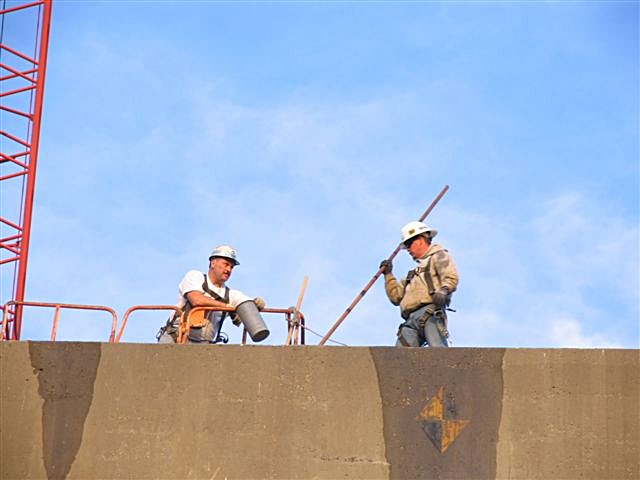 A nice view of the worksite with Ken in position 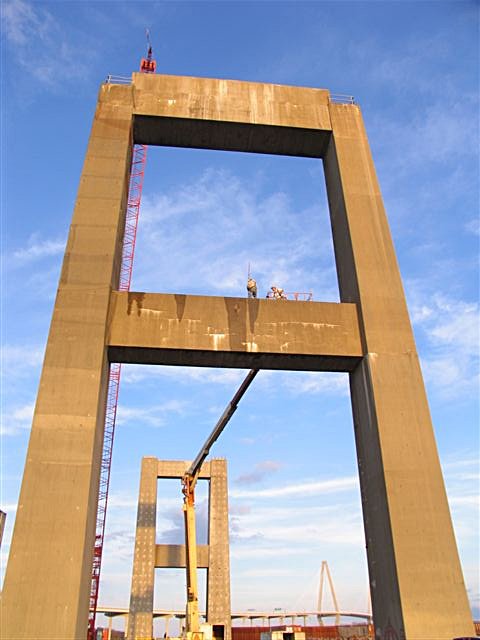 And Mickey, the architect, with his container shield 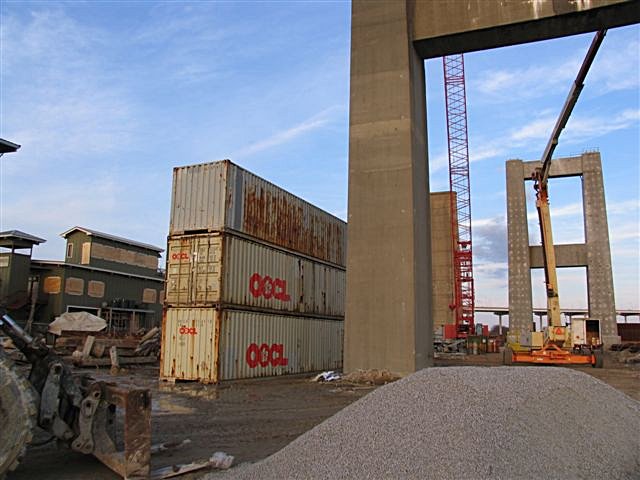 and sequencing the ignition pattern 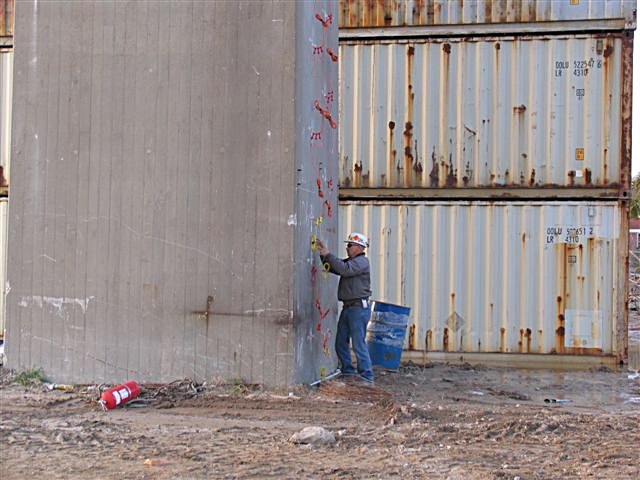 Tieing in the shock tubes. 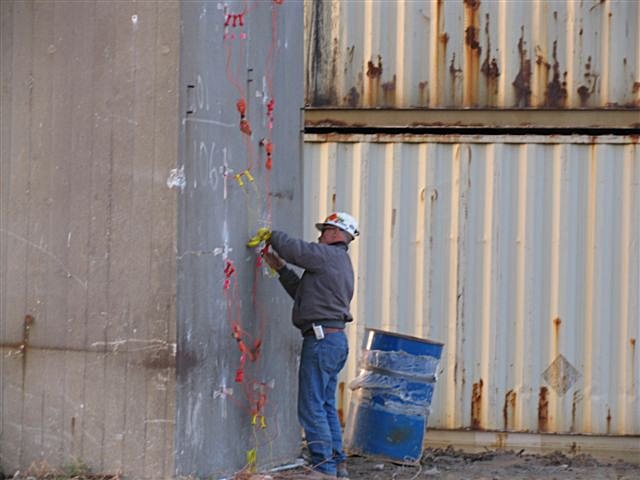 A view of the packed hole 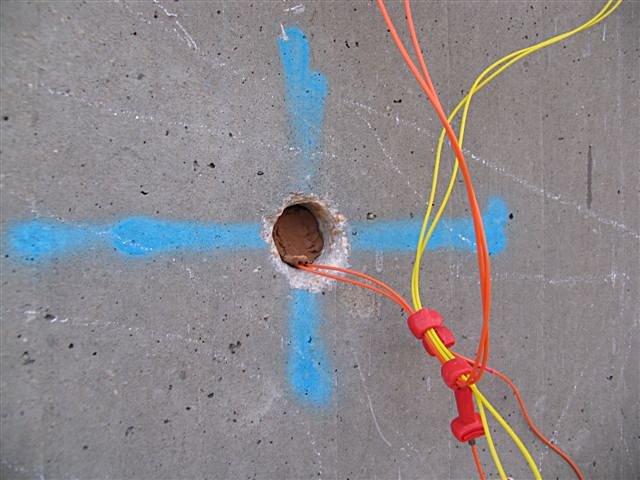 The shock tube array (close). The red lines introduce a 25 msec delay while the yellow introduces a 9 msec delay. Thus the ignition sequence travels rapidly vertically (via the yellow shock tubes) before the lower detonators are triggered. The result, one of Mickey and Ken's perfect vertical drop implosions. 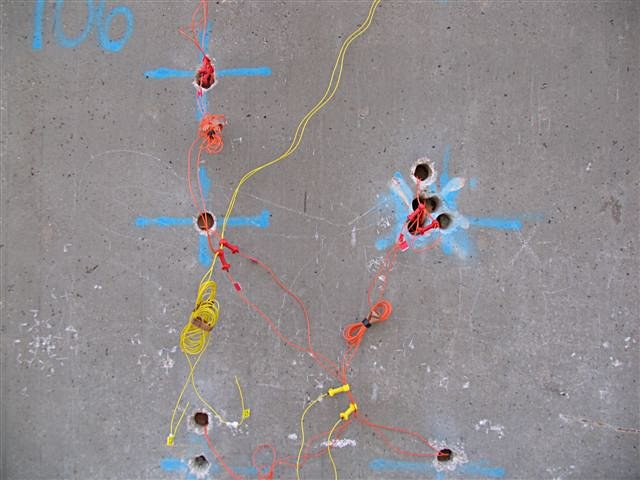 A good view of the shock tube array climbing the column 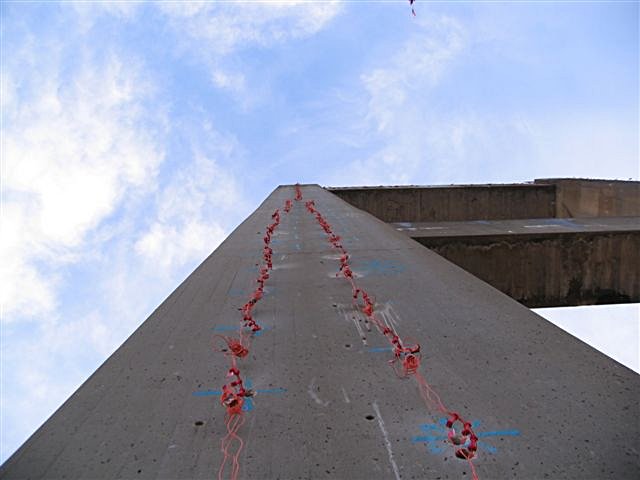 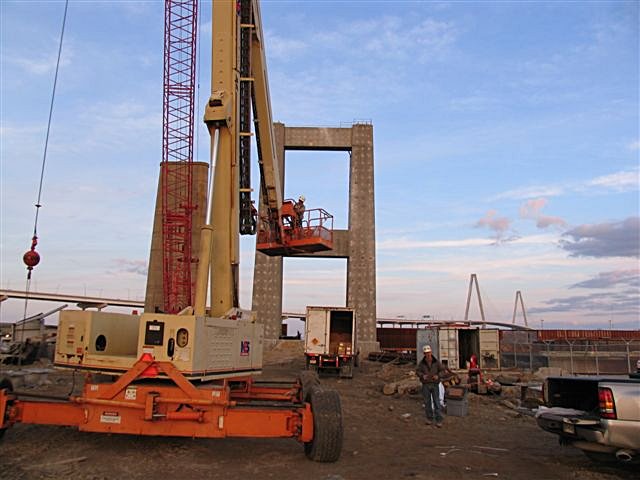 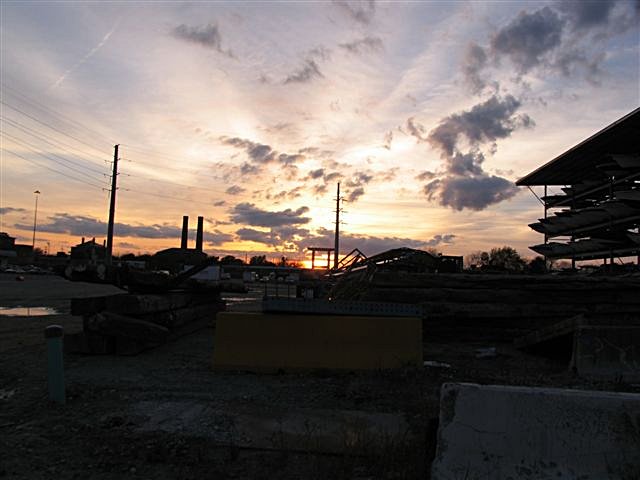 and Sparky going home after a very long day 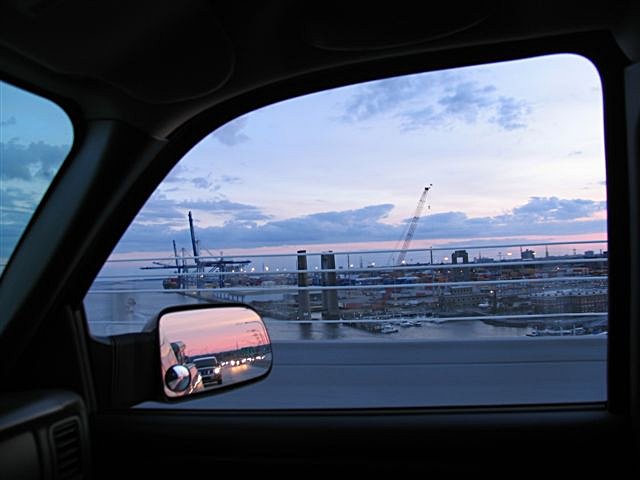