Once again, Sparky has saved the day. Work on the Grace has taken an interesting twist. The concrete support column under the Grace cantilever section is hollow and being filled with sand.

The Pearman and Grace worksite 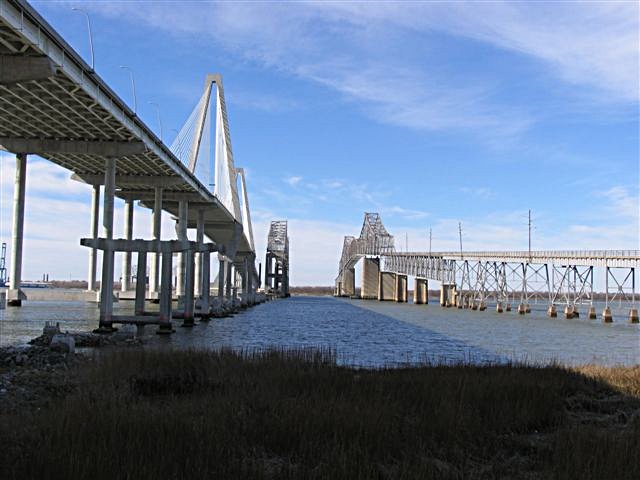 The Grace worksite - just over truss 34, the oval shaped Grace support and a sand pile 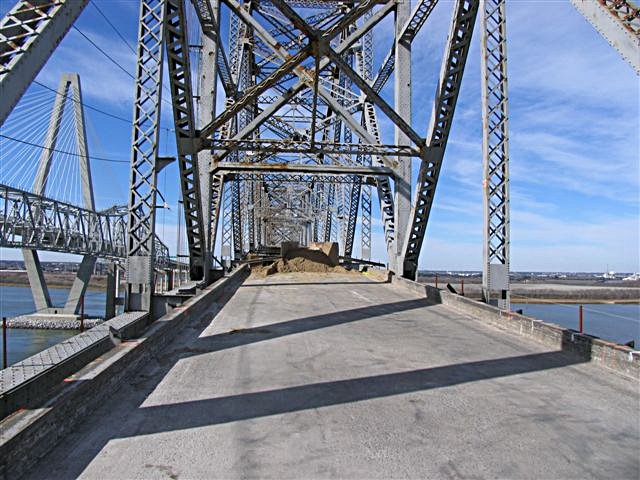 As I understand it, this support is hollow so that it is being filled with sand 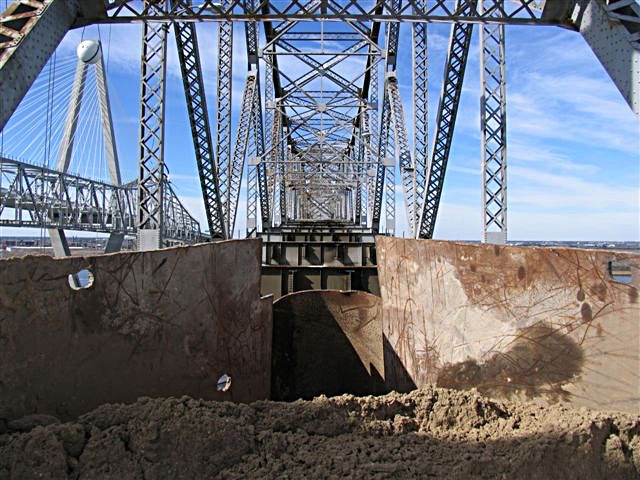 Beyond this point, all the Grace floor girders have been removed 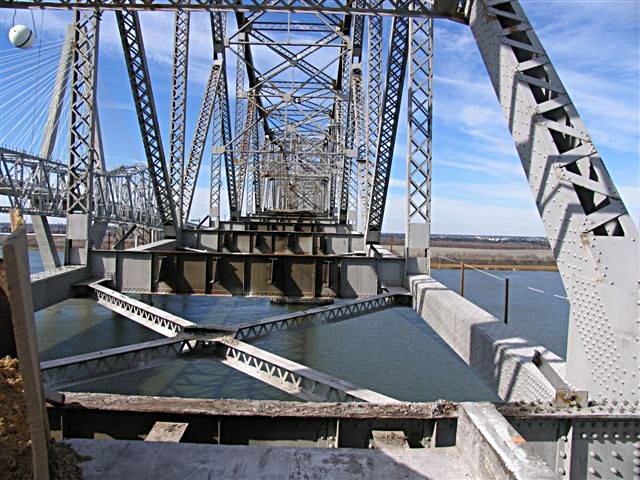 A view of the sand filling spout 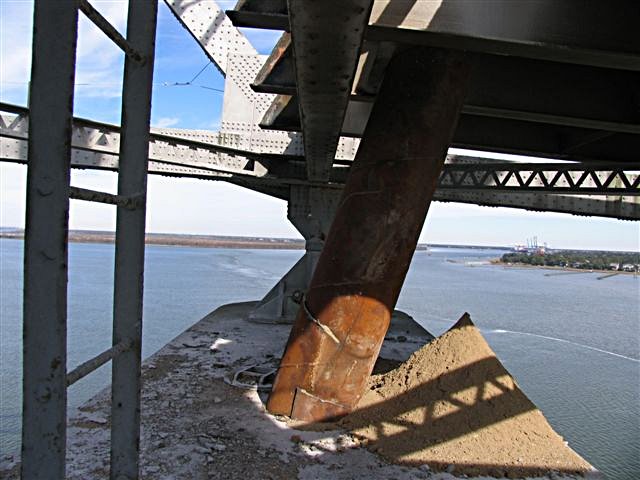 and looking toward Drum Island, only C-1, C-2 and D-23 (at the Drum Island boundary with the Cooper River) remain. 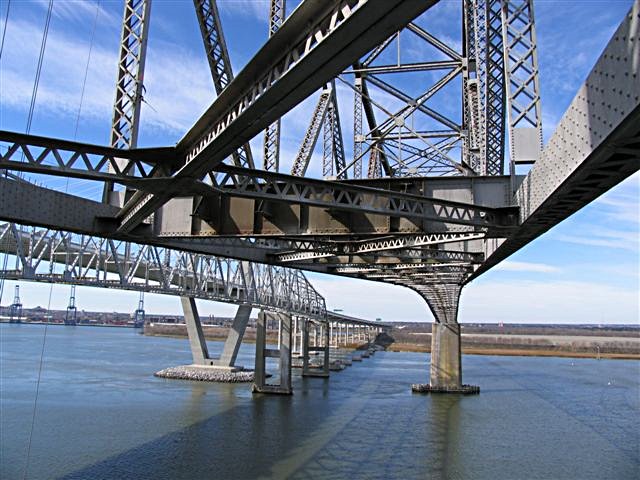 and looking toward Mt. Pleasant - the roots of the Pearman supports 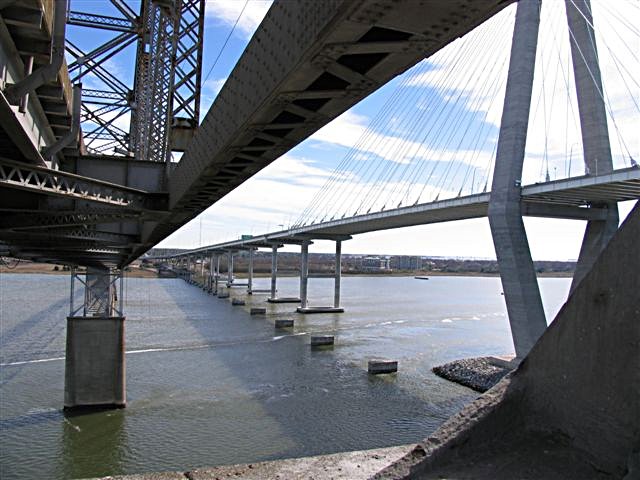