Watching the unbuilding acrobats beats the circus any day of the week. Here Sparky captured the continuation of building the Town Creek truss structure - piece by piece. Earlier we saw Ken Canty's step by step sequencing of the cutting process. Here is another example. An overview of the Port side of the Grace cantilever 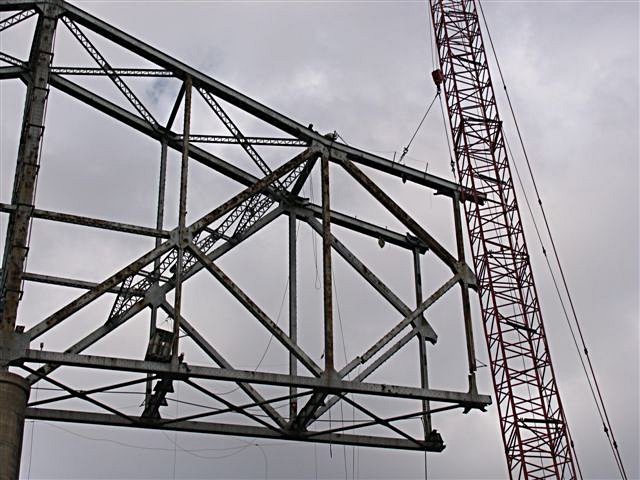 Supported by the crane, our acrobats burn through the plate 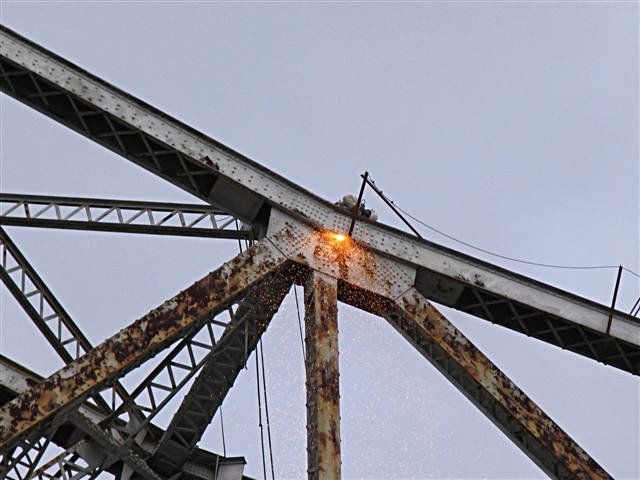 Burning in context - on top, buring through the plate while the crane stabilizes the girder section 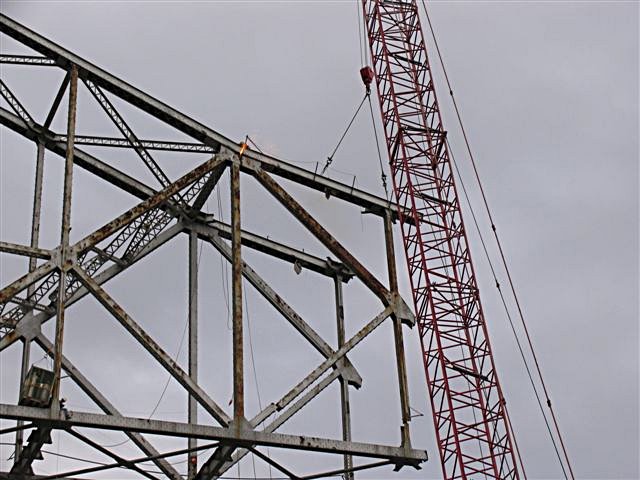 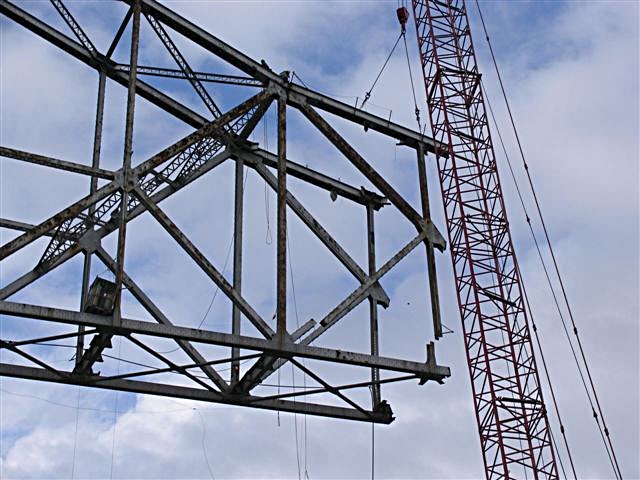 continued cutting through the top girder 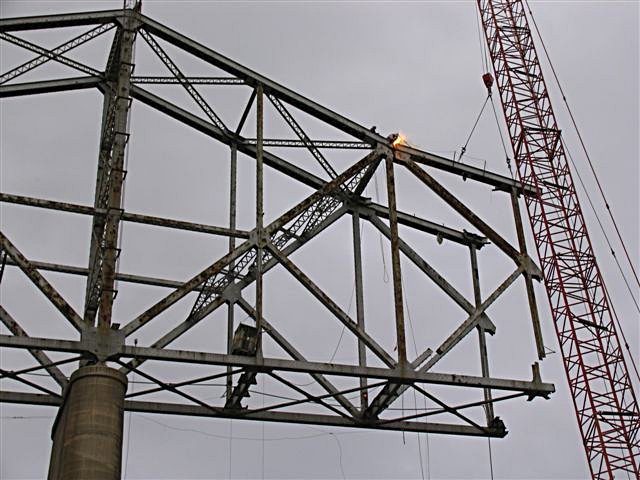 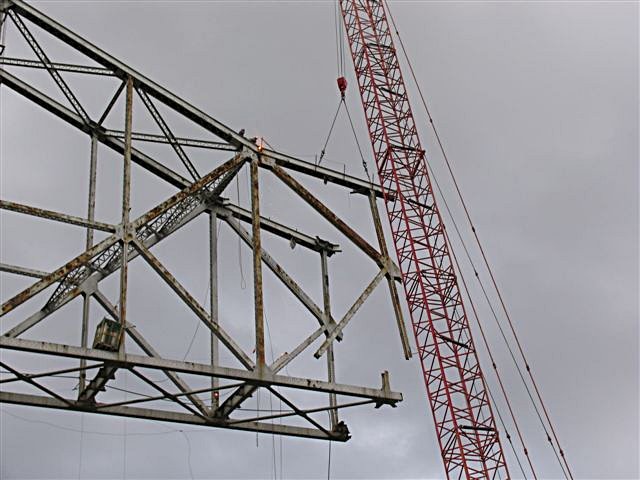 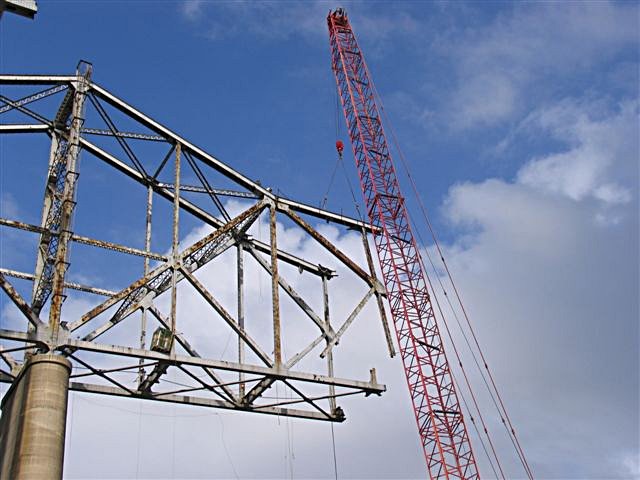 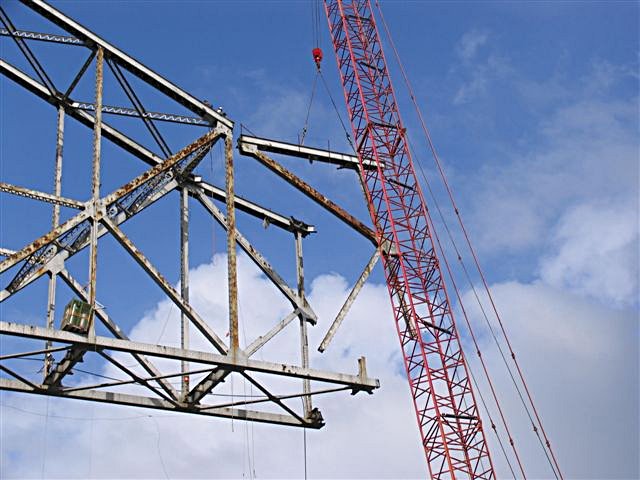 rotating to lower the segment on the barge 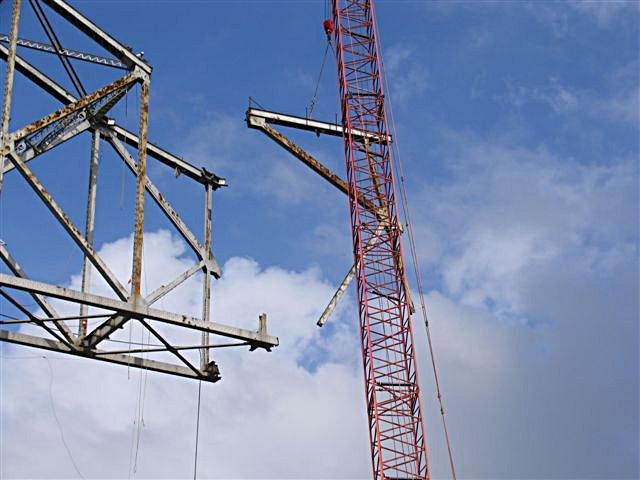 The edge of the port-side cantilever, the Drum Island cantilever and lowering the section 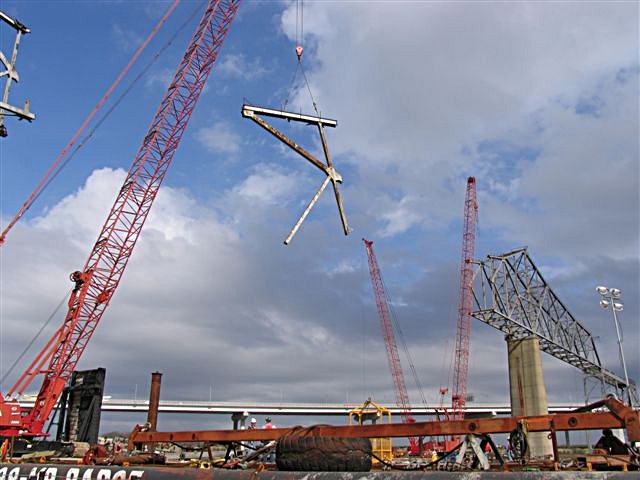 down to the barge 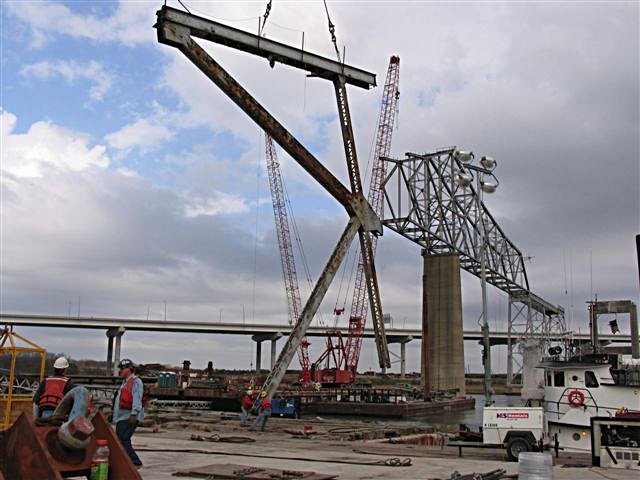 then laying it over on its side 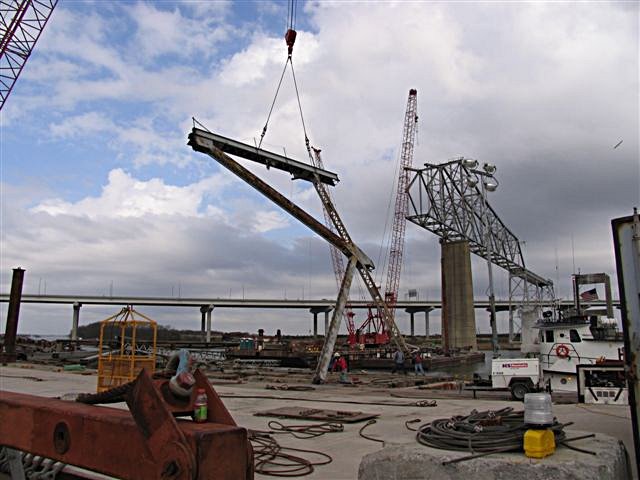 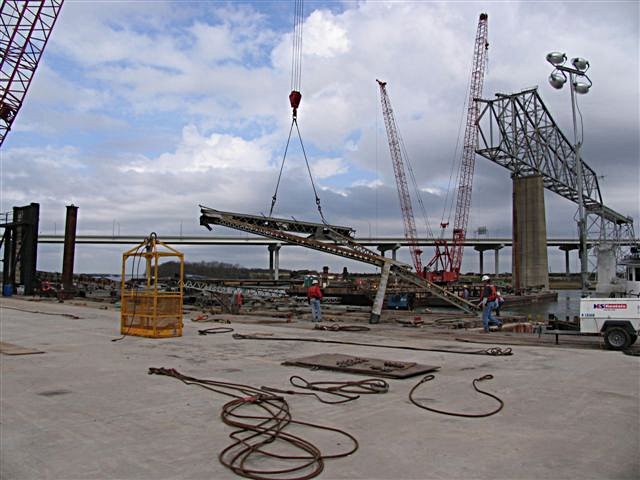 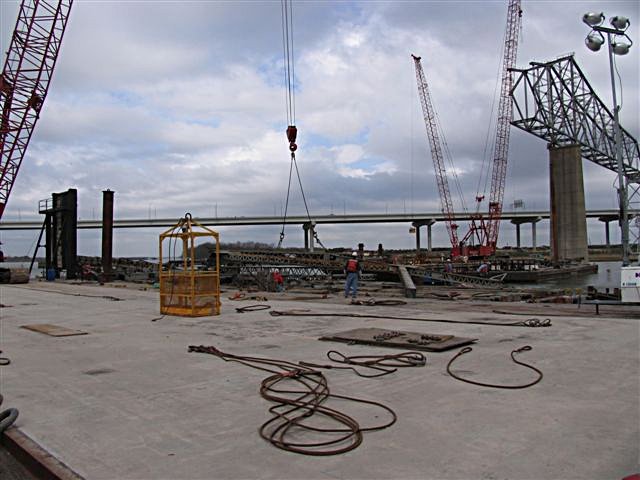