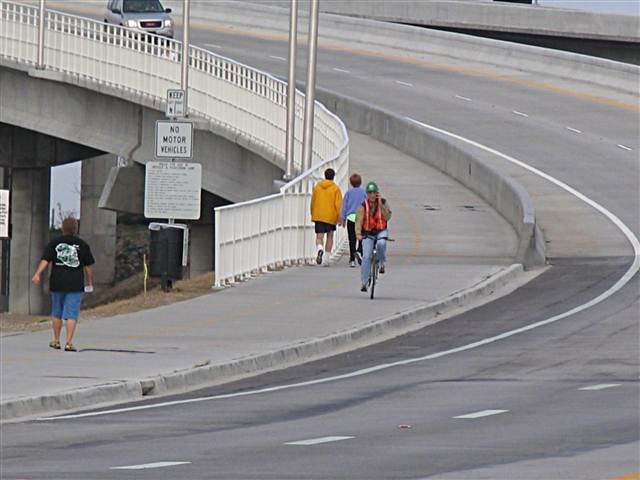 Here is a view of the underside of the Ravenel bridge. 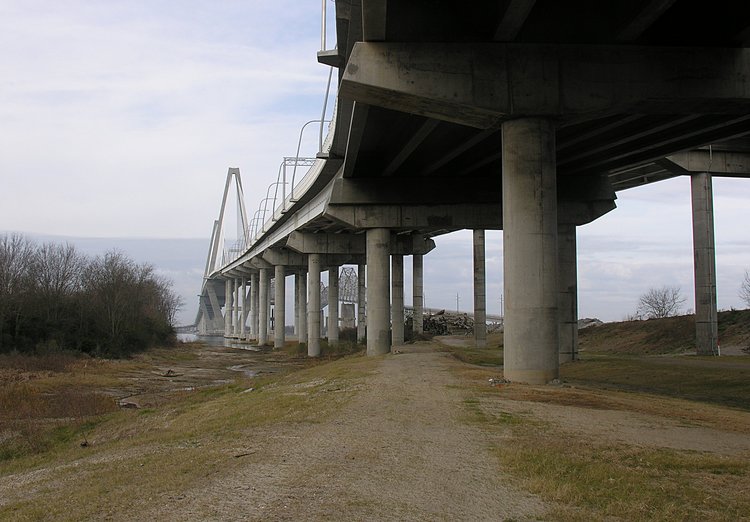 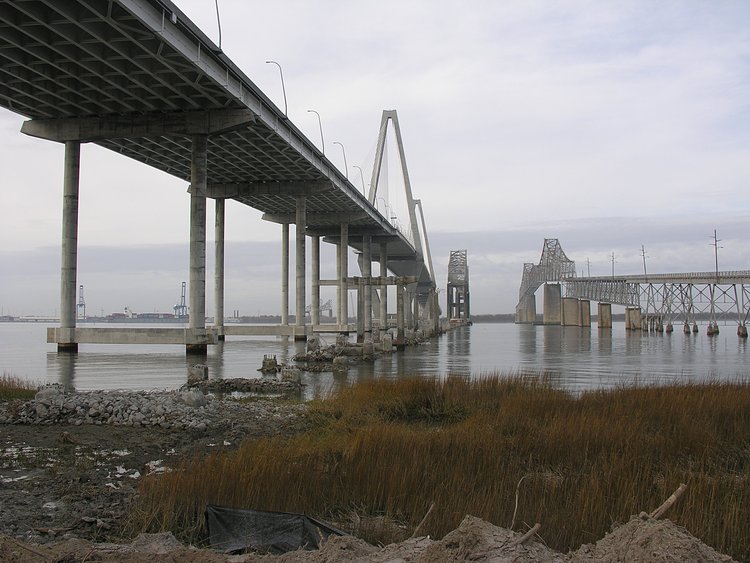 The end of the beginning of the Pearman ramp 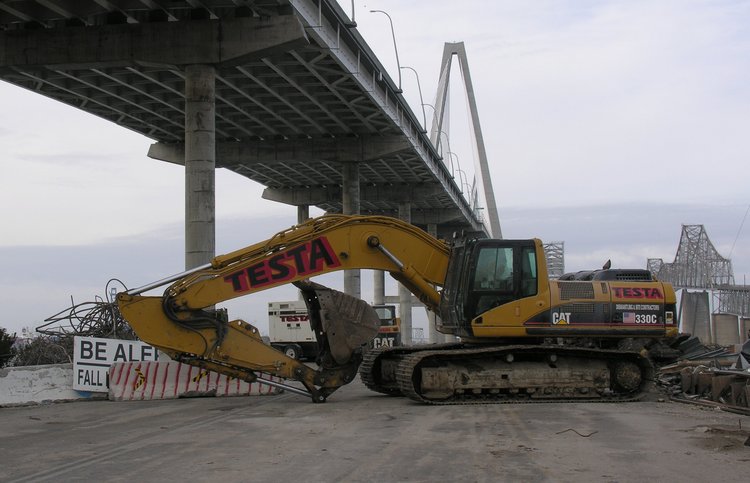 and the foundation of the observation / fishing pier 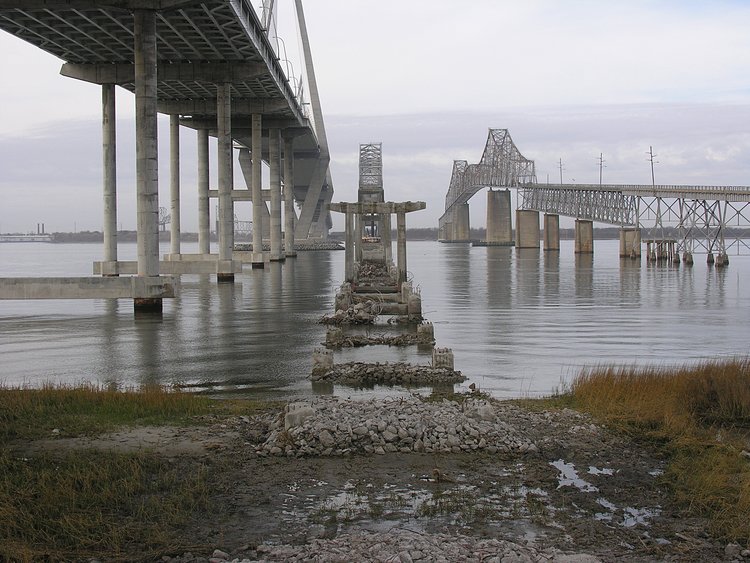 and as seen from the southern side 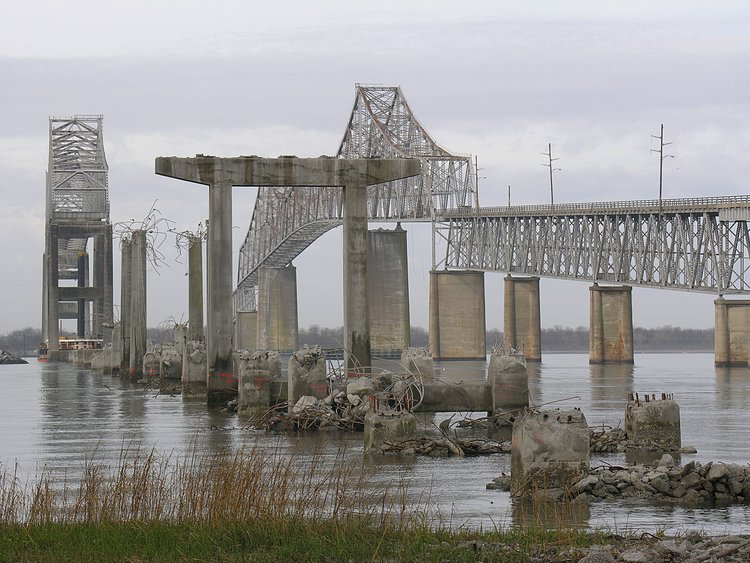 with the jackup barge in the background. 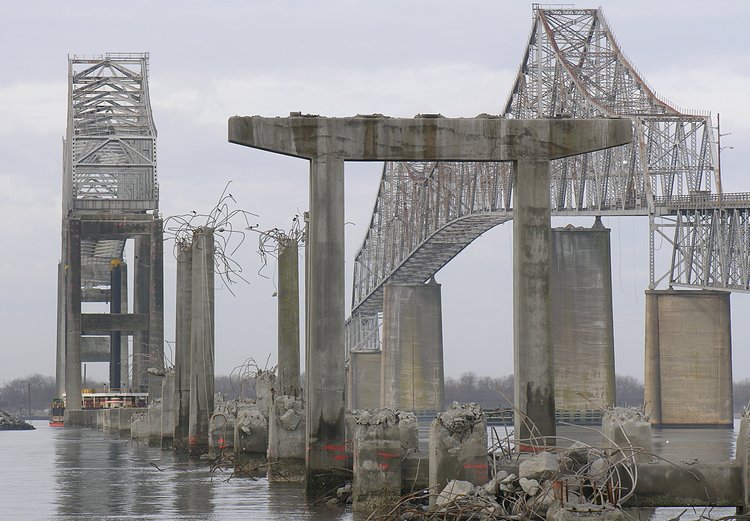 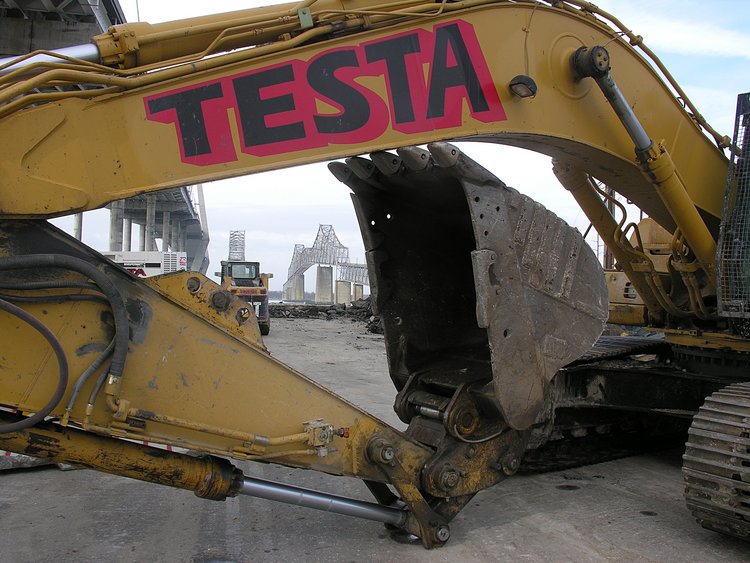 The Pearman main span, C4 and C3 supports and the jack-up barge in its sleeping configuration. 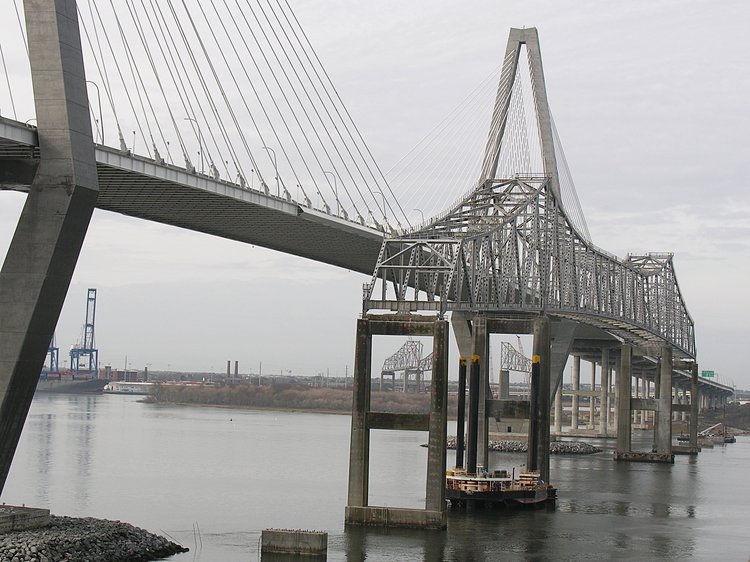 Mickey's ABS team is preparing to drill C-3 in preparation of another implosion. With your curious eyes, you can see the red marks across the length of the pier cap. My guess is that some serious drilling will start on Monday. 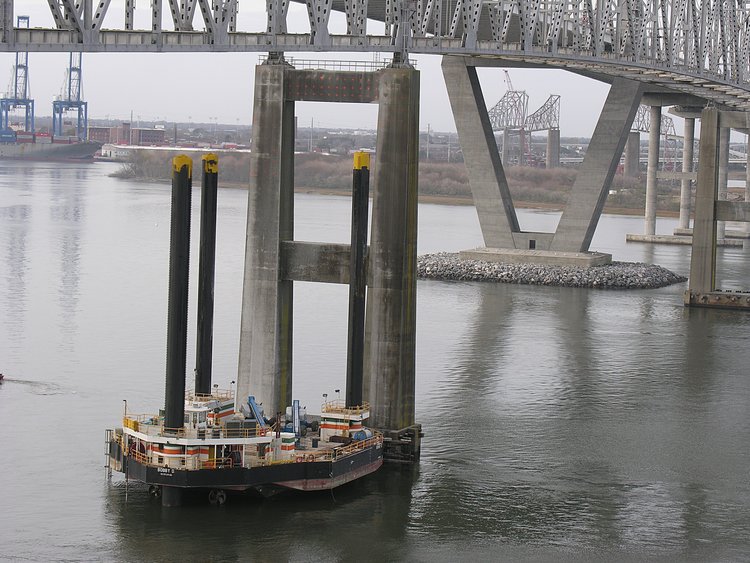 Walking back down the Grace Bridge, there is a pretty good view of the foundation work for the observation / fishing pier and the absent missing initial span of the Pearman Ramp. What are Bob McCabe, Jackie and Scotty going to do next? 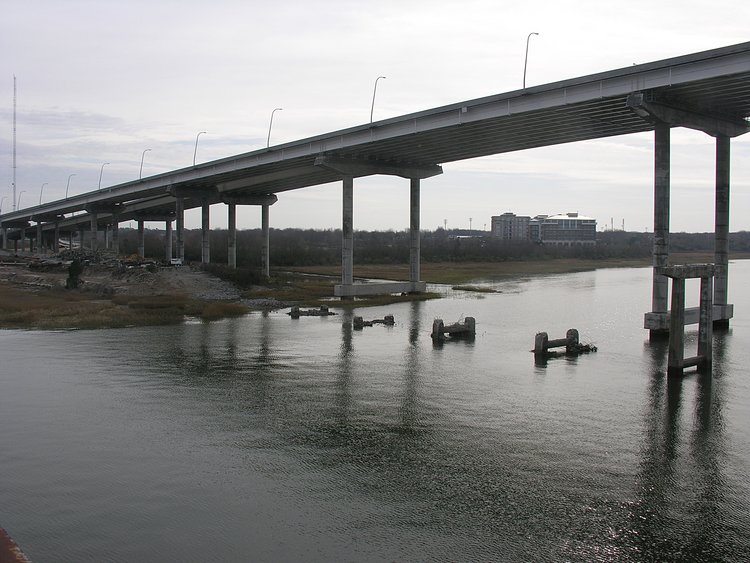 Here is a closer view of the missing last span. 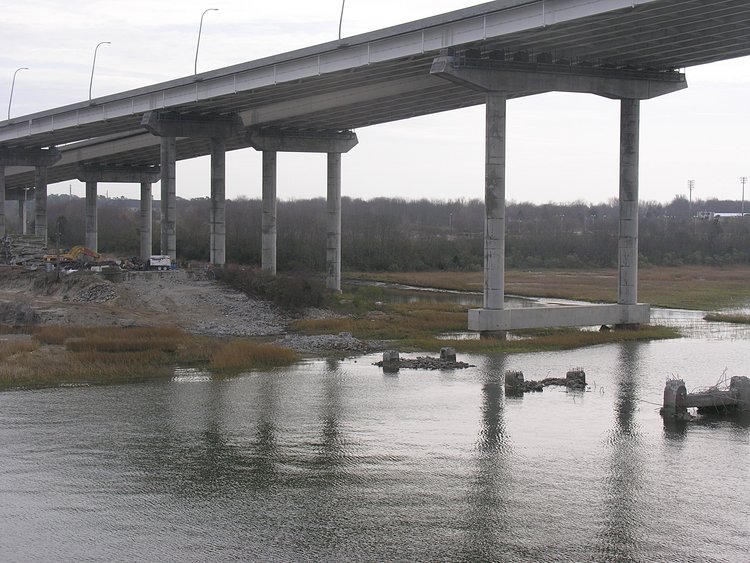 Ken Canty has some drawings of the observation pier and Tim Linder had the bright idea of my posting some of the drawings in order to provide a better context for work on the Mt. Pleasant side. Here is a schematic of the side and top views of one section of the Mt Pleasant pier. The overall length will be almost 1/4 mile (1245 ft and 9 inches) and its width will be 30 ft. Just like the old Grace Bridge, there will be a few wider areas that are 44 ft wide and span the distance between two piers. There is even a pavilion proposed for the span between M12 and M13 that will be 87 ft long. Nice place for a picnic when its raining. 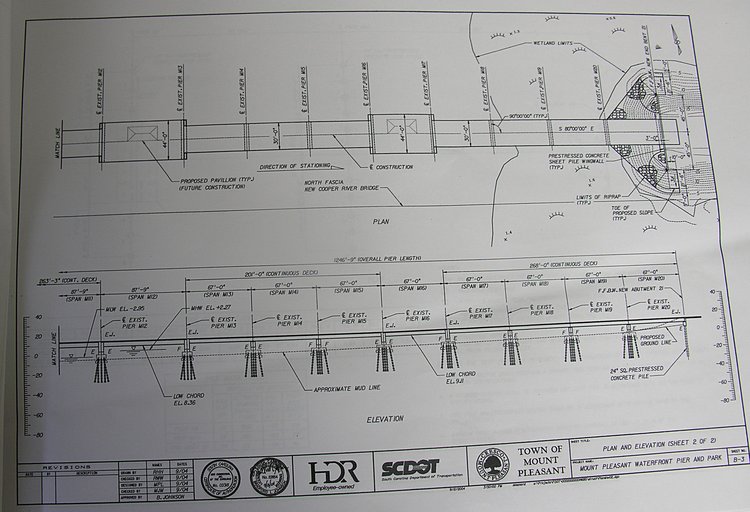