I am not sure how I first met Mickey but he has been my professor of controlled explosions. Here is Mickey and some of his team. 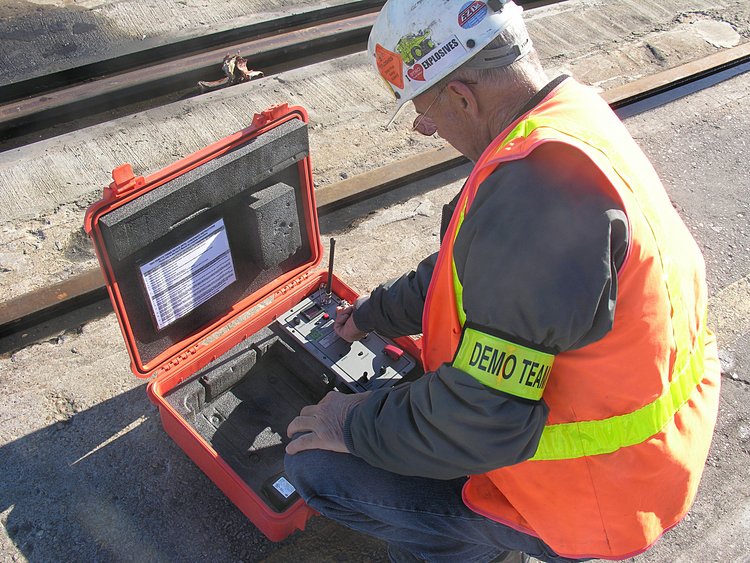 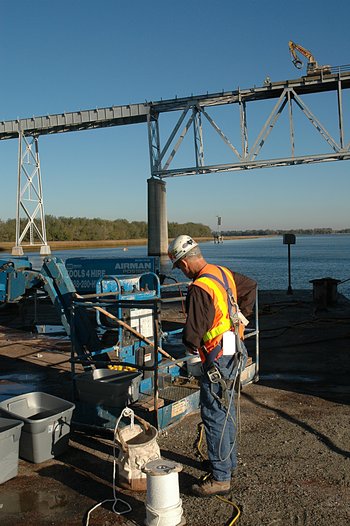 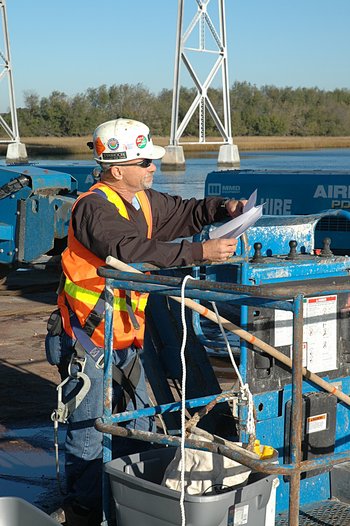 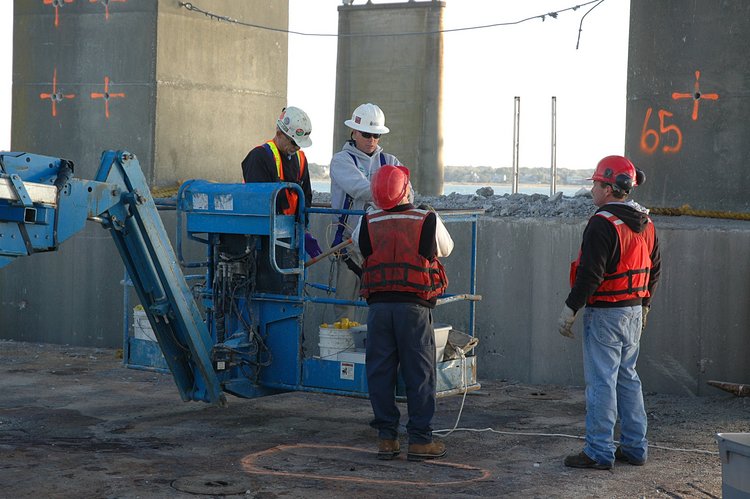 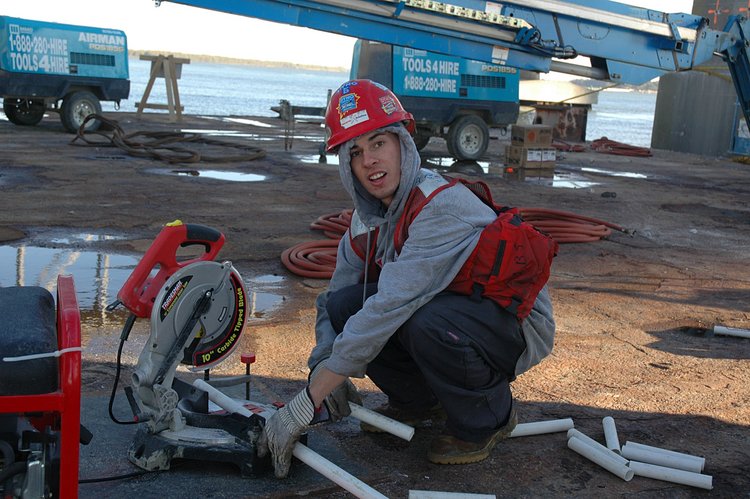 Something about preparations: Drilling 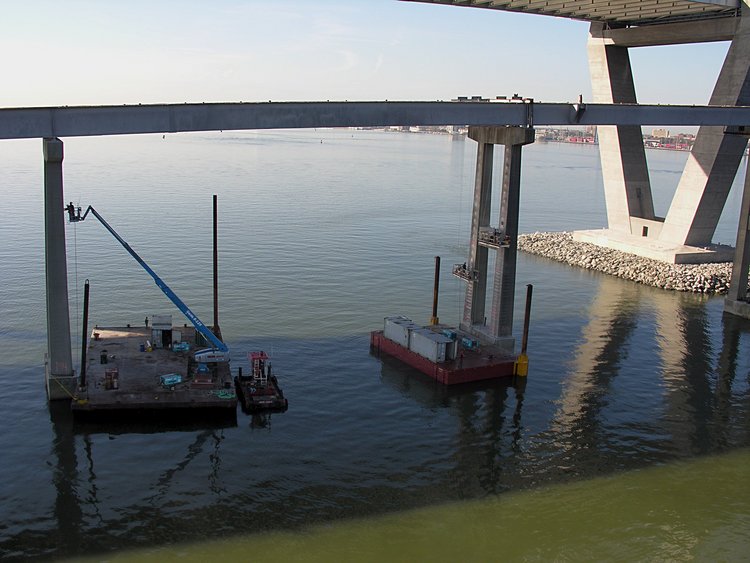 Now for the loading process - Ken inserts two sticks of dynamite with an embedded detonator and Mickey gently tamps it into place. 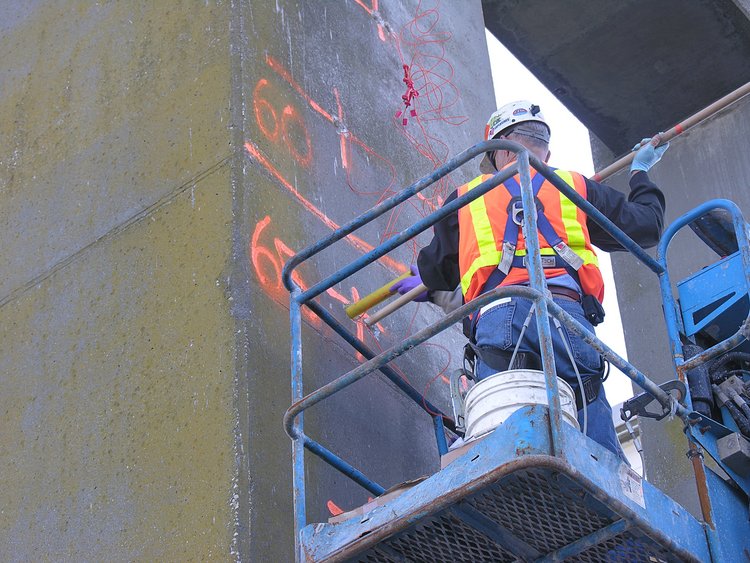 Another episode: Phillip loads a stemming bag while Ken tamps it into place. 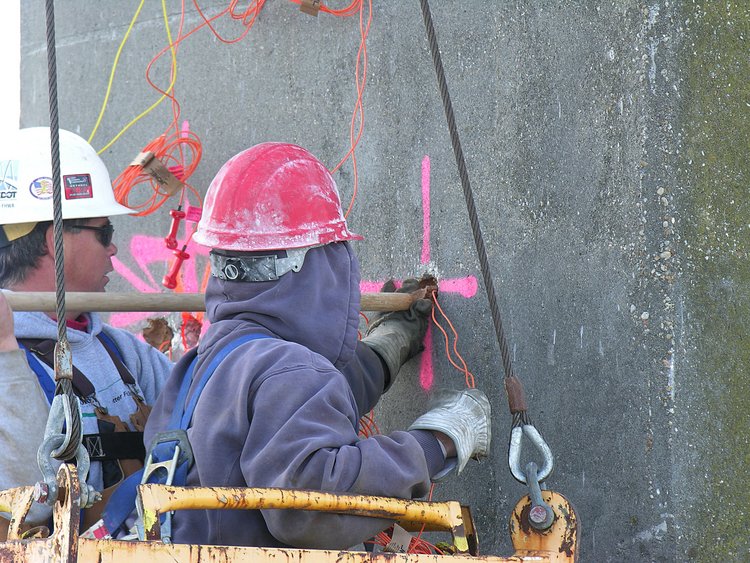 After loading is completed - here is what the loaded columns look like. The red and yellow strings comprise the fusing - to the left and to the right are connected with yellow lines (9 msec delay). The red lines have 25 msec delay. 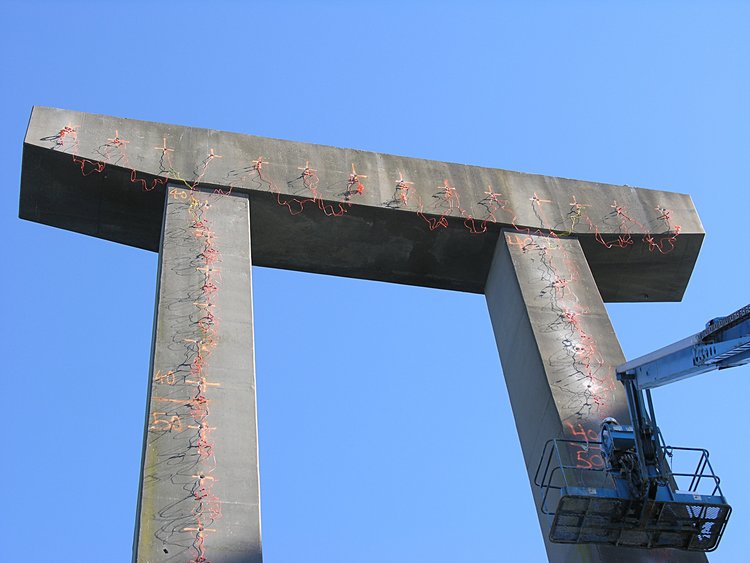 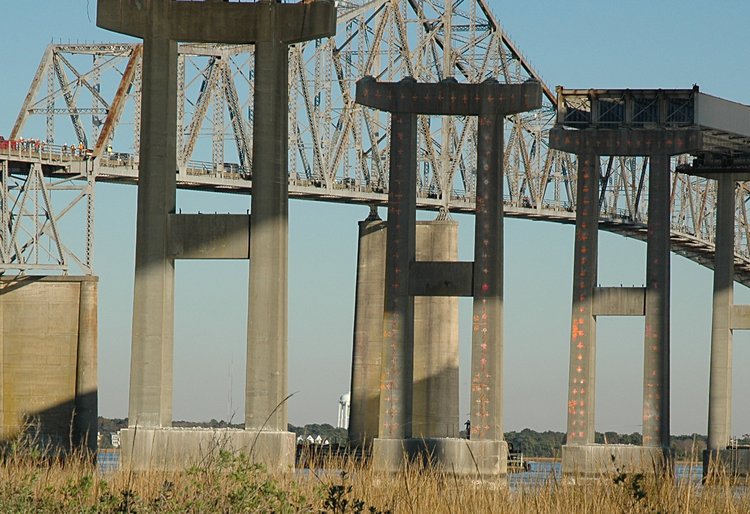 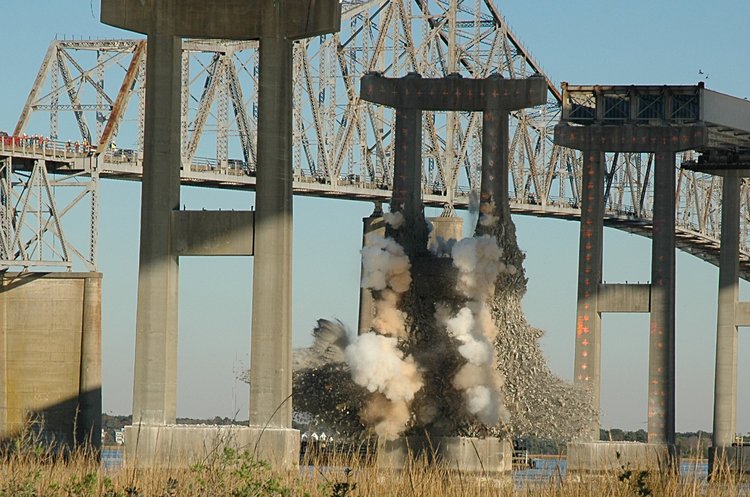 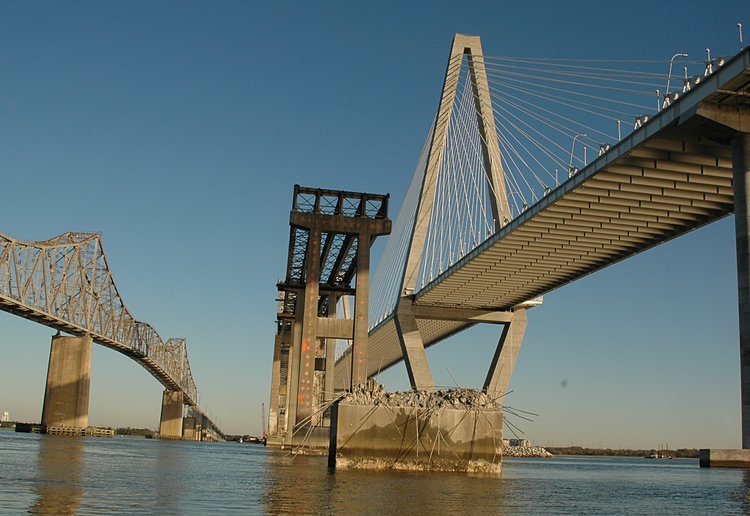 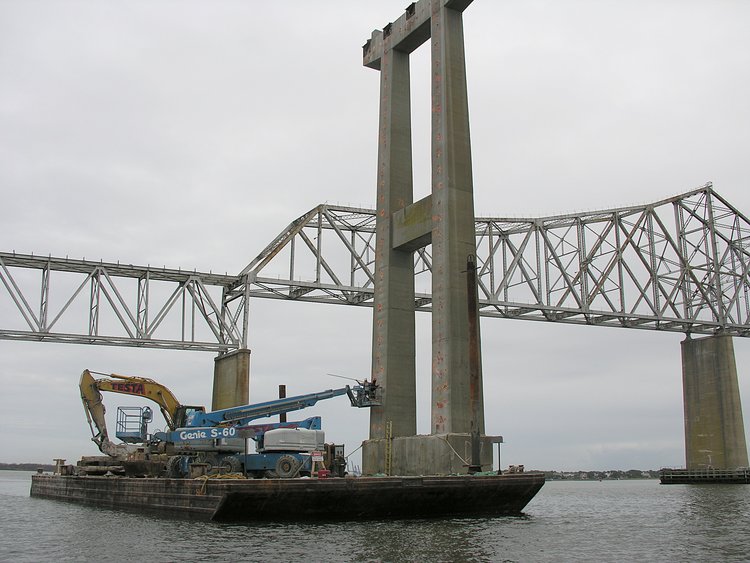 and the result - detonation at the base 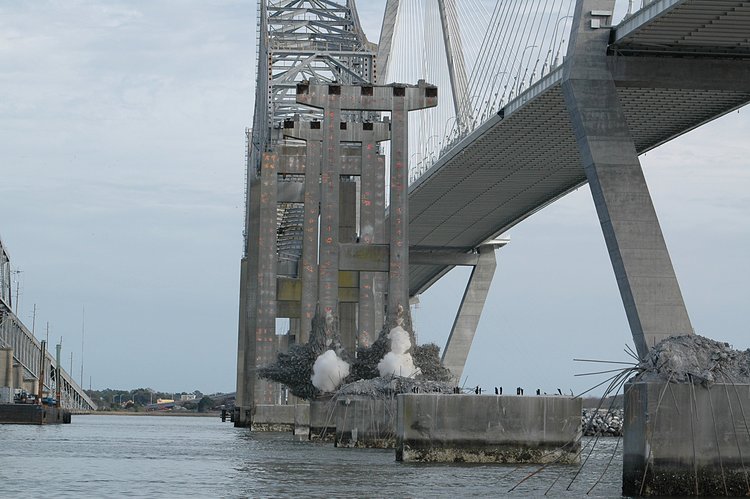 which propagates to the cap 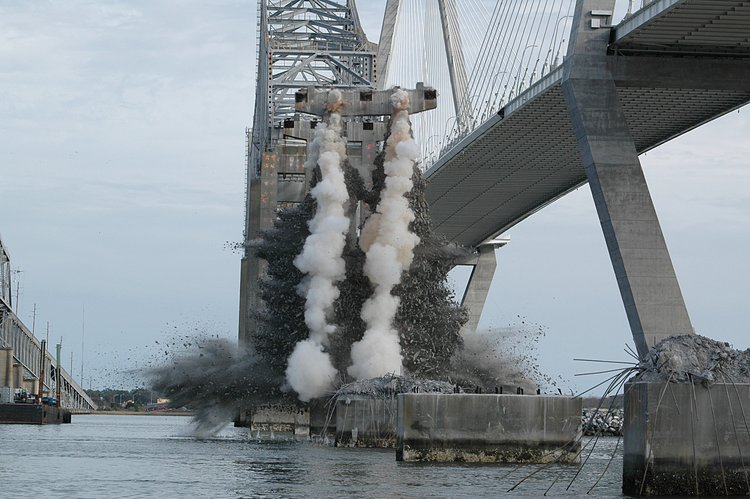 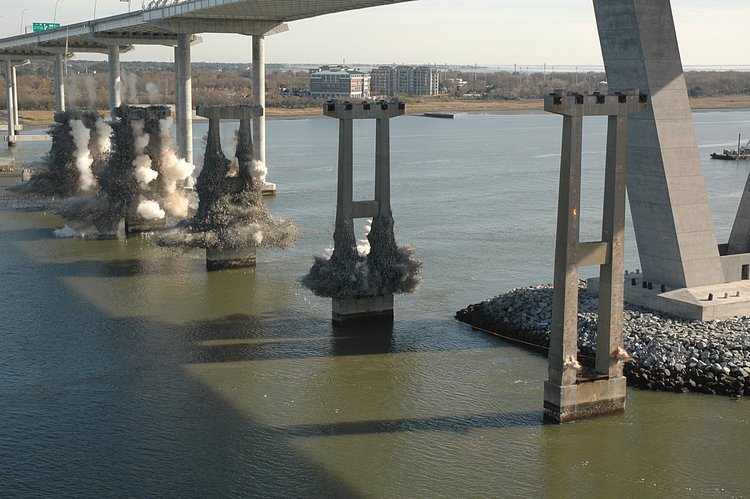